You are at:Home»The Cars»Features»No Frills, All Thrills, 605 WHP Honda S2000

Once upon a time, Honda built serious performance automobiles. Although drag-racing enthusiasts didn’t embrace the Acura NSX or Honda S2000 in great numbers, both machines provided worry-free driving enjoyment and possessed the DNA to serve as weekend racers. Hong Kong native and owner of PFabrications, Pang Cheung, knew from the beginning of his project that he wanted to build a badass rear-wheel-drive Honda. Since Honda has dedicated itself to pandering solely to suburban mothers and commute warriors, Pang was left with few options. He settled on an AP1 S2000 and set his mind on creating the “cleanest S2000 with the power to back it up.” 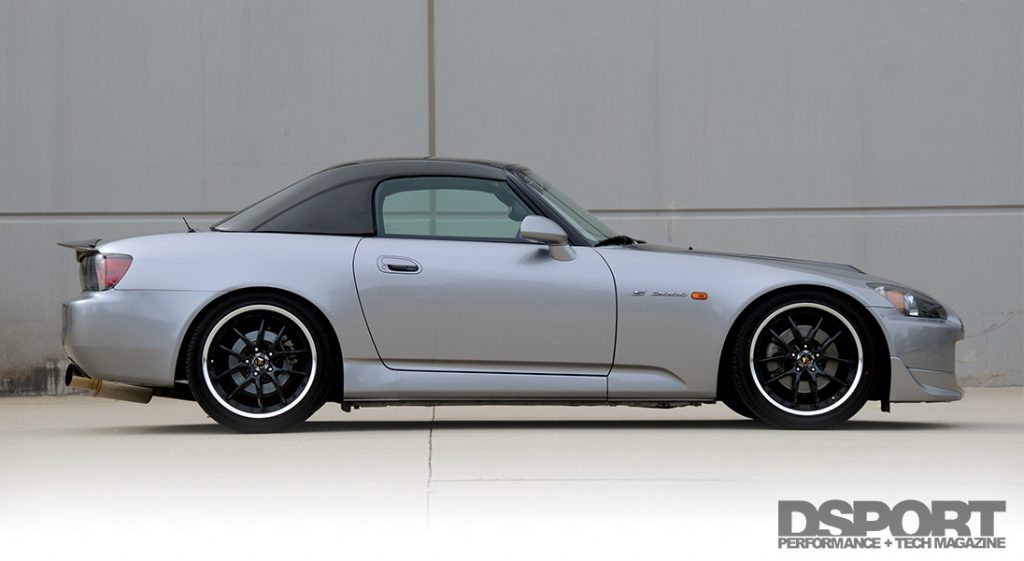 On the outside, Pang embraced a “less is more” approach. He updated the front bumper and headlights with AP2 units and swapped the OEM hood and soft top for carbon-fiber pieces. The result is an understated and elegant exterior that camouflages the beast underneath.

Pang really worked his magic under the hood. The engine bay is a work of art, with wires tucked neatly and hidden from view. The polished valve cover adds a touch of flare. This clean S2000 has earned acclaim and a number of awards from a variety of shows. 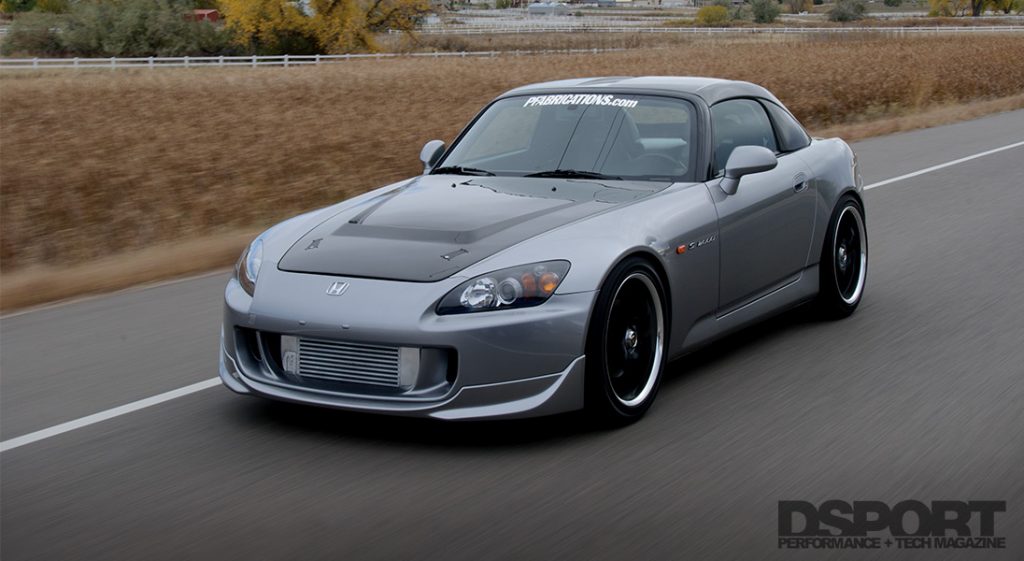 Once Pang was satisfied with the appearance, he aimed for big power. Attaining this goal meant more than just tucking a few wires, the S2000 needed to move like hell too. He elected to keep the F20C internals stock, focusing on wringing more power out of the engine through forced induction. Pang’s company, PFabrications, designed a custom exhaust manifold for a Garrett GT3582R turbocharger. A custom downpipe and exhaust system expels the burnt hydrocarbons leaving the turbine to the rear of the chassis. On the cool side, a custom intercooler and piping join the GT35’s compressor outlet to the throttle body, cooling the compressed air en route to the intake ports. 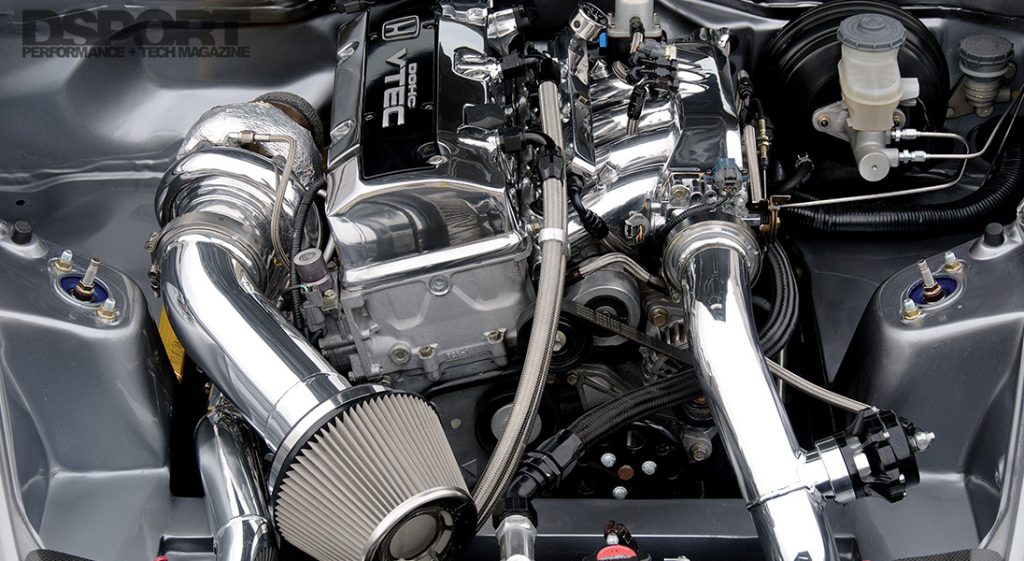 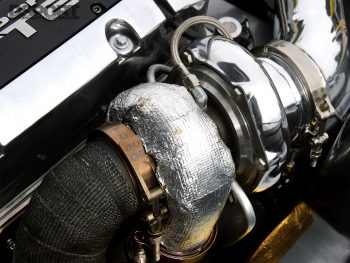 In order to take full advantage of the GT35 turbocharger and to ensure reliability, the F20C’s fuel system was upgraded. A 255-lph Walbro in-tank pump works with a Bosch 044 inline pump to keep the 1,000 cc/min Injector Dynamics injectors supplied with E85 and defend against fuel starvation. Metering fuel and regulating spark timing falls on the shoulders of an AEM EMS. With Servion Tuning commanding the laptop, the S2000 generated a staggering 605 horsepower and 419 lb-ft torque to the rollers of a Dyno Dynamics dynamometer. To understand the scale of the improvement, an unmodified S2000 produces 220 horsepower on this same dyno. Hence, power has been increased by 175 percent.

Generating nearly triple the horsepower compared to stock, the driveline required additional attention in order to ensure that every pony hits the pavement. Ditching the stock clutch, a Competition Clutch Stage-4 unit took its place on the crankshaft, adding to the driveline’s torque capacity. The AP1 box was replaced with an AP2 transmission, which is not only stronger but also features shorter gear ratios. A Biondo line lock permits the loading of the transmission for quick trips down the 1320. 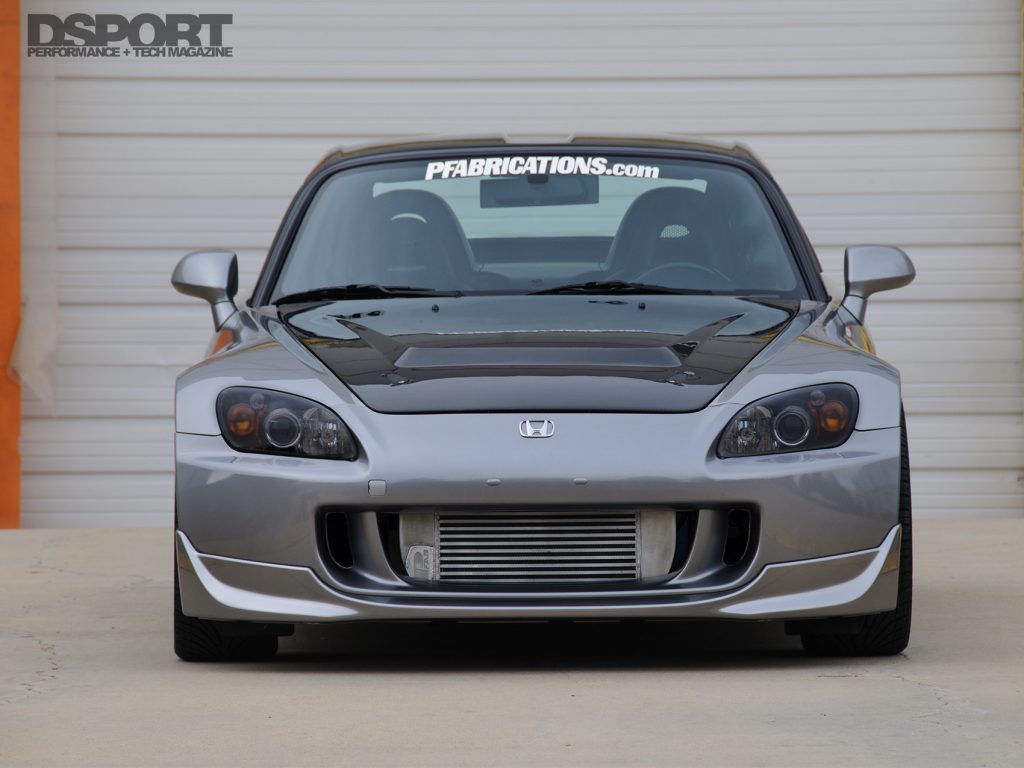 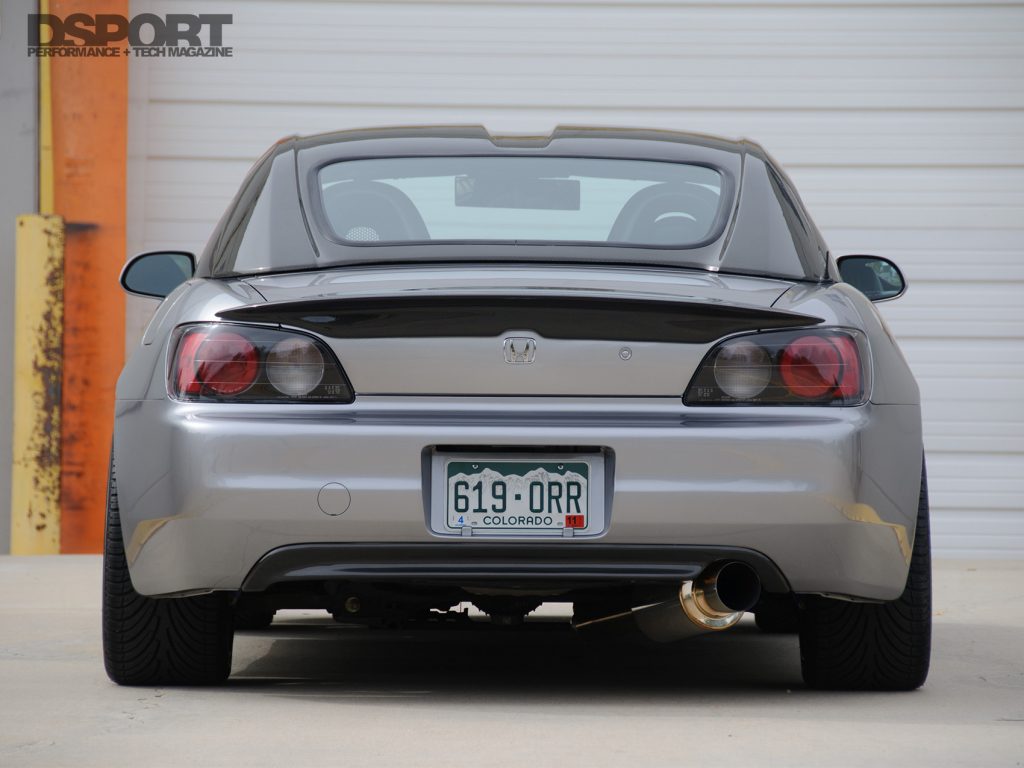 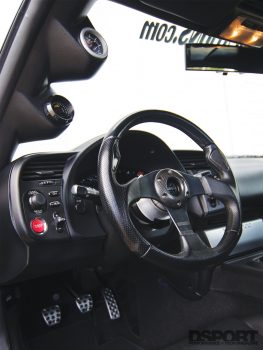 Ready to put his AP1 to the test, Pang mounted up a set of Mickey Thompson ET street radials and headed down to Pueblo Motorsports Park. On July 18, 2010, he clicked off a best elapsed time of 10.82 seconds at 130 MPH. With single-digit passes around the corner, this taste of raw acceleration has Pang hungry for more. What does he think he’ll need to break into the nines? “Injector Dynamics 2000 injectors, a larger 1.03 A/R turbine housing and another Bosch 044 fuel pump have already been purchased and are being prepared for installation. The plan is to change the pumps from a series configuration to a parallel configuration then retune with the larger injectors and the new turbine housing in place. On top of adding more power, we’re welding in a ten-point roll cage that will satisfy SFI standards to safely attack the 9-second barrier.” With a plan in place and the right parts in hand, it shouldn’t be long before this mile-high S2000 breaks into the nines.