There’s no greater sense of nostalgia than to recapture a moment from a fond memory. For Kazumasa Hirota, it was an opportunity to relive the experience of owning his first car, a 1970 Datsun Sunny B110 GX. He purchased this Sunny in 1996 for only 150,000 Yen (approximately US$1400 at the time). Admittedly, it was in poor condition and in need of restoration. Hirota reminisced, “I chose the Sunny not only because it was my first car, but I also remember seeing them at Fuji Speedway in the minor touring car racing series. They were really fast and an inspiration to me.” After restoring the shell, the idea of racing the Sunny just as he had seen at Fuji prompted Hirota to shift the Sunny project into high gear. 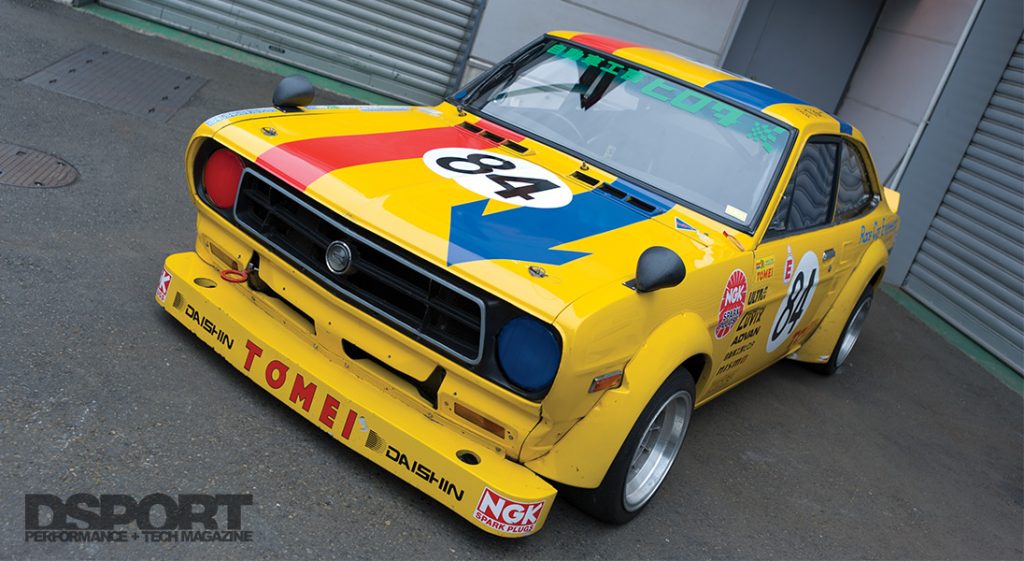 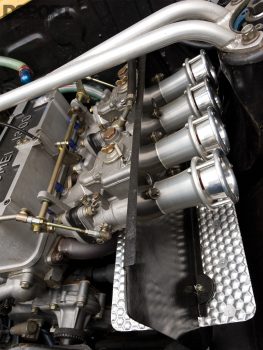 The Japan Classic Car Association (JCCA) permitted 1972 and older B110 Sunny models for competition, so Hirota decided to build his as a replica of his favorite racecar of the time, the TOMEI Sunny number 84. After contacting TOMEI POWERED, he garnered its support of the project. The A12 engine was pulled and refreshed. Custom 77mm TOMEI POWERED pistons join the factory crankshaft and connecting rods with NISMO main studs securing the bottom end. The 4mm overbore resulted in a new displacement of 1,303cc, an increase of 132cc. A TOMEI POWERED Genesis cylinder head featuring custom oversized valves, stiffer valve springs, Balinit-treated rocker shaft, NISMO valve lifters and a TOMEI rocker cover clamps to the A12 block by way of NISMO head studs.

Induction and fuel delivery are handled by Weber 45DCOE carburetors while an ATL fuel cell and custom surge tank ensure a steady supply of 100 octane to the butterflys. A TOMEI POWERED header and custom exhaust route the spent gasses from the exhaust ports to the atmosphere. TOMEI POWERED engineers benefiting from advances in methods and techniques handled the tuning of the A12. Peak power checked in at 194PS or approximately 191 whp. This more than doubled the factory output of approximately 83 horsepower. 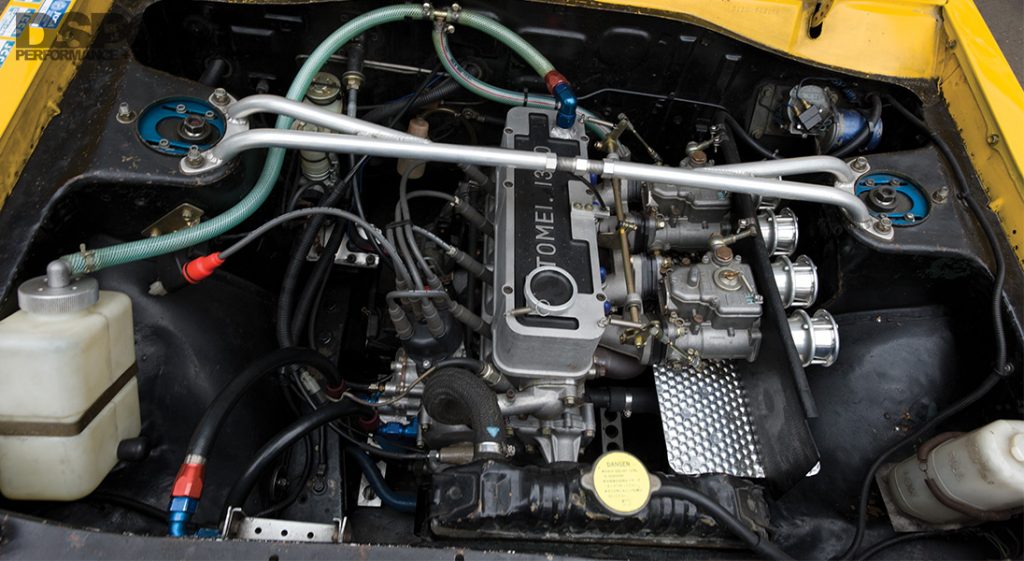 The A12 engine was filled with TOMEI POWERED internals and tuned to make over twice the original horsepower. 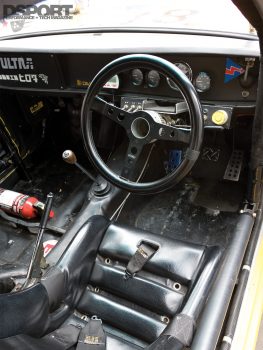 Hirota’s Sunny made its debut at the 1998 Tokyo Auto Salon in the TOMEI POWERED booth. That year happened to be the 20th Anniversary for TOMEI POWERED and an appropriate homage by Hirota. Three years later at the 2001 NISMO Festival at Fuji Speedway, Hirota had the privilege to run the road course along with professional drivers John Morton and Steve Millen. Hirota reflected back, “It was an honor to meet these two great drivers. After the event, they both told me that my Sunny was fast, which made my year. I got John Morton to autograph my gas tank, which I now display in my office.”

Still In The Game

The Hirota Tomei Sunny continued to attend various racing and exhibition events. At the 2010 race at Tsukuba, Hirota’s driver Masami piloted the Sunny to a best recorded lap of 1:02.594, setting the class record ahead of S30’s with 3-liter engines. At the Fuji Jamboree race, it set the class record with a 1:58.278. The Sunny made its most recent appearance at the 2011 NISMO Festival in December. Masami was unavailable to drive, so Hirota took the wheel, placing fourth in the classic car exhibition race. This Sunny shows no signs of setting, and Hirota plans to restore the body again to repair some race damage. Watch for it at upcoming classic car races in the coming years. 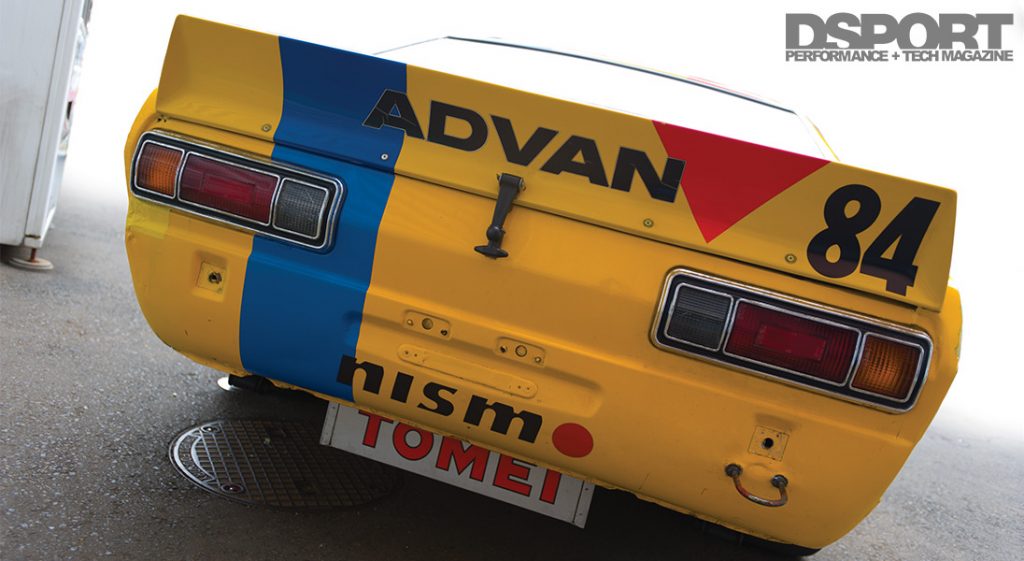