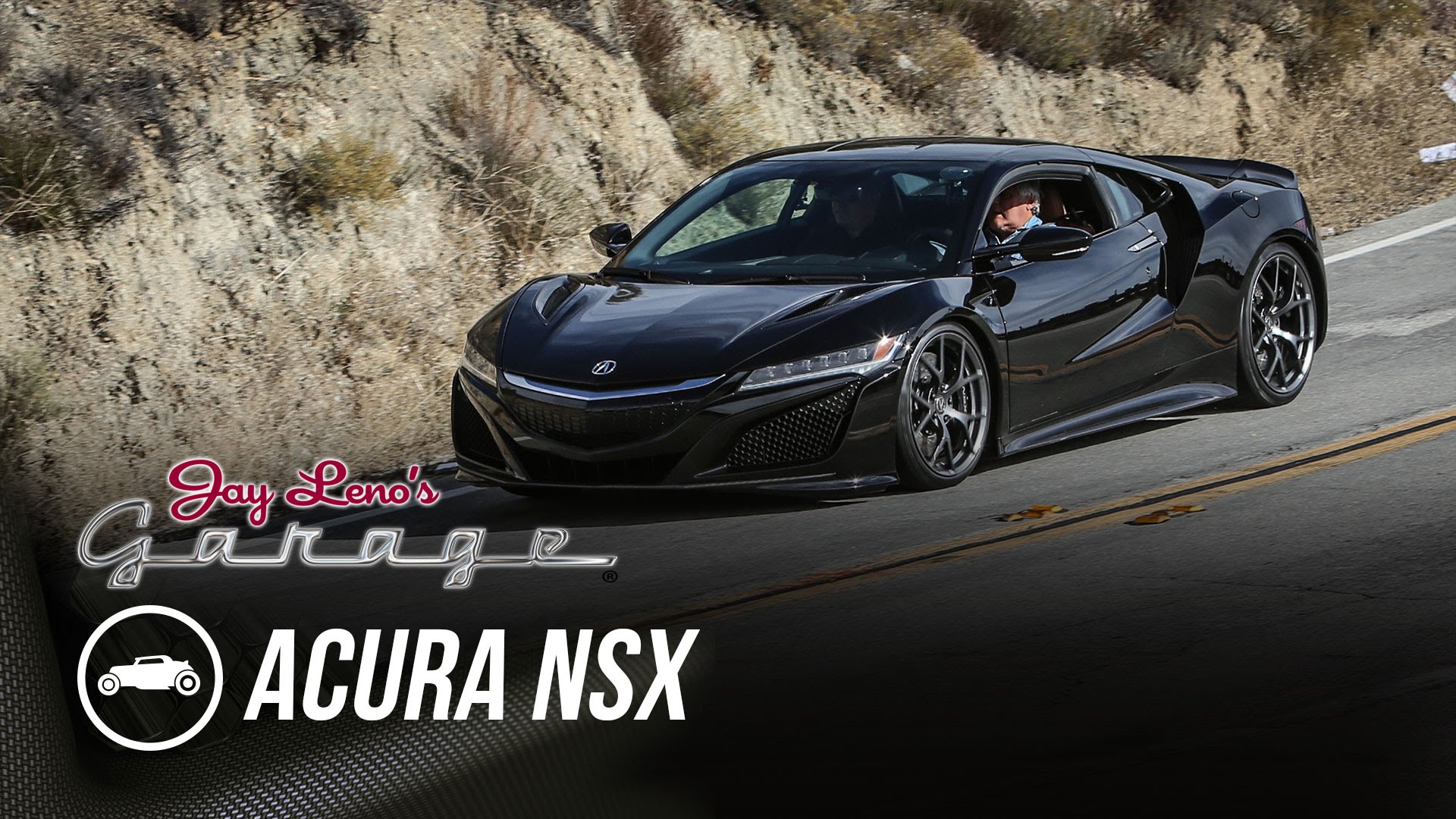 2017 Acura NSX Appears in Jay Leno’s Garage For many of us, the Acura NSX was love at first sight. This beauty, produced from 1990 to 2005, excited enthusiasts everywhere with its timeless looks, an aluminum 3.0-liter V6, and developed with the help of famous Formula One World Champion Ayrton Senna. The NSX’s is not without its own shortcomings, but the car still stands out a strong example of the manufacturer’s ability to produce a competitive sports car that rivals the European makes. Finally, nearly a decade after the car’s original announcement, the second generation NSX came to life. Many collectors, enthusiasts and journalists are dying to get their hands on the brand new 2017 model. Surprising to no one, former late night TV host Jay Leno picked one up, and has now featured it on his online show Jay Leno’s Garage. Take a look at the video and learn more about the design process behind the NSX, as Jay discusses the hybrid sportscar with lead designer Michelle Christensen and global development chief engineer Ted Klaus. Text by Cameron Parsons // Video by Jay Leno’s Garage
On March 2, 2016