We spent the better part of the last 10 months  trying to figure out how to make  the 2022 DSPORT Tokyo Auto Salon Tour a reality. For those not following the COVID situation in Japan, the Japanese government has been implementing some of the strictest measures found anywhere in the world. For most of 2021, only citizens were allowed to enter the country. Upon entry, lockdown hotels and 14-day quarantines kept everyone restricted to their residence. Before a surge, it looked like restrictions would be lifted in time for DSPORT to bring 40 JDM fans to Japan for the 2022 Tokyo Auto Salon. Instead, restrictions only got tougher and again we had to rely upon our firends in Japan to attend the show for us. Since our tour has missed the TAS show for two consecutive years, we are making plans to allow a double-size tour if needed for the DSPORT 2023 Tokyo Auto Salon tour. So here’s a look at what we missed and what you won’t miss by joining the tour next year. 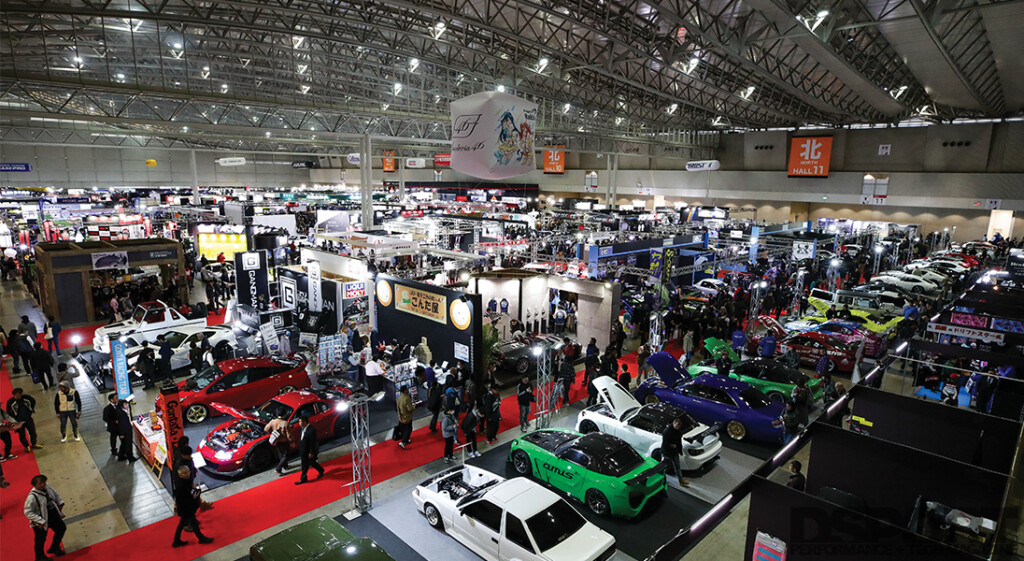 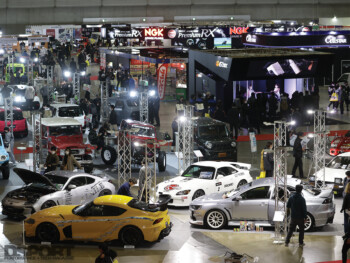 In 1983, the Tokyo Exciting Car Show was the first custom car show in Japan dedicated to the tuning scene. This is what would later become the Tokyo Auto Salon. We first attended the show in 1998 when the Tokyo Auto Salon was held at Tokyo Big Sight, right within Tokyo. Back then, I was with Turbo & Hi-Tech Performance Magazine and our first Tokyo Auto Salon tour had about 15 attendees. Over the years, the tour taken over by DSPORT has grown to bring up to 40 attendees to Japan for not just the Tokyo Auto Salon show, but a fully immersive Tokyo experience.

For TAS 2022, 366 exhibitors brought out 712 display vehicles that were seen by nearly 127,000 spectators over the three days. Unlike last year’s virtual event, this in-person experience had the D1GP demo, award presentations and collector car auction. 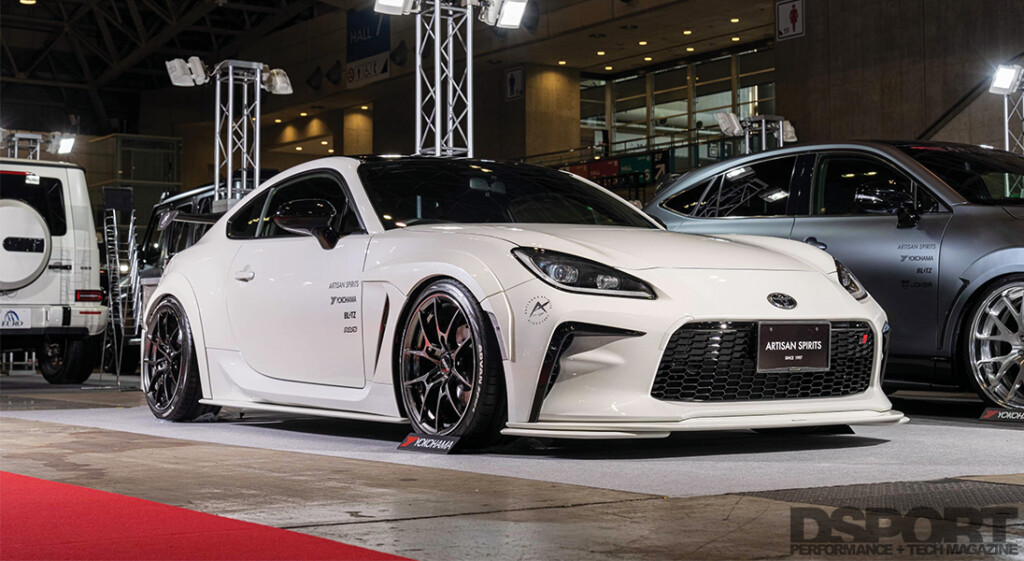 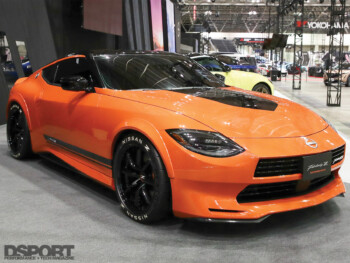 While examples of the A90 GR Supra were found throughout the show, a few GR86  and Z36 Fairlady Z examples could also be found. Artisan Spirits had a GR86 on display in its booth while an Orange Fairlady Z was found inside the show while a gray-colored Z36 smoked the tires outside. While the overall direction for many car makers seems to be more focus on transportation, the car manufacturers that still build vehicles with souls had a venue to showcase the passion for performance, fun and freedom from a power cord. Three of the more popular tuner selections at the show put performance and fun at the top of the build list. If the popularity of platforms at past Tokyo Auto Salons is any indication, the A90 Supra, GR86/BRZ and new Z36 Fairlady Z platforms should prove to be popular and well-supported by the performance aftermarket in the years to come. 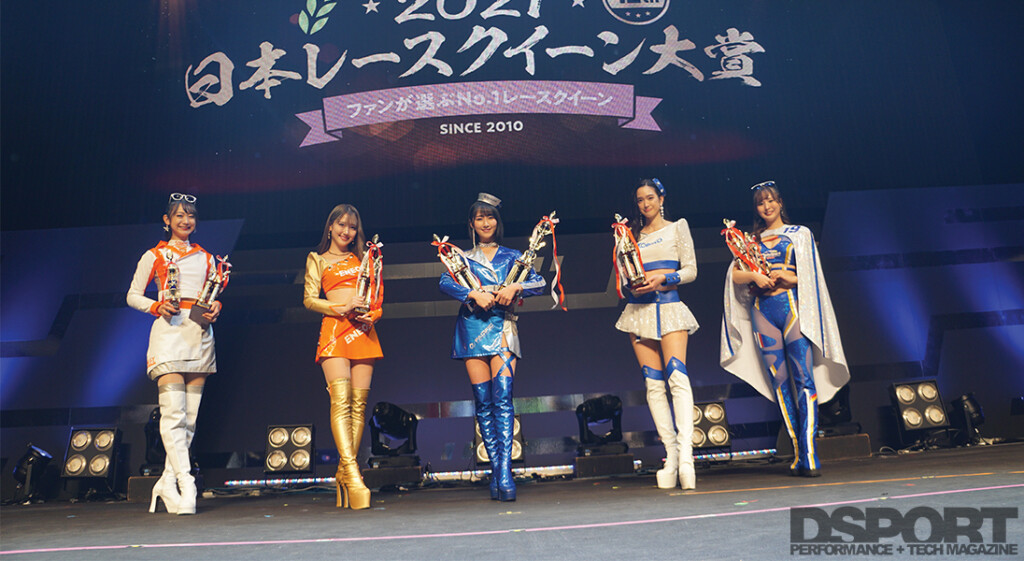 In addition to the return of project cars, demo cars and some killers builds to the Tokyo Auto Salon,  the 2022 Tokyo Auto Salon marked the return of the race queens and booth models that add an additional layer of beauty to the event. The Otaku element that obsesses over the race queens and booth models can only be truly appreciated on Friday when the show is not open to the public. Instead, this trade-only day gives an opportunity for the hoards of  hardcore photographers dedicated to the race queens and booth models an opportunity to lug camera and flash outfits from booth to booth capturing the images that fuel the obsession for the fans. This only-in-Japan experiences is something that has to be experienced first hand. Fortunately, DSPORT TAS tour attendees have had the opportunity to witness the experience up close. In fact, some claim that a few past tour attendees were actually on the tour for the models and not the cars. These may have been the ones trying to get pictures with the models that got stopped by security for getting too close. 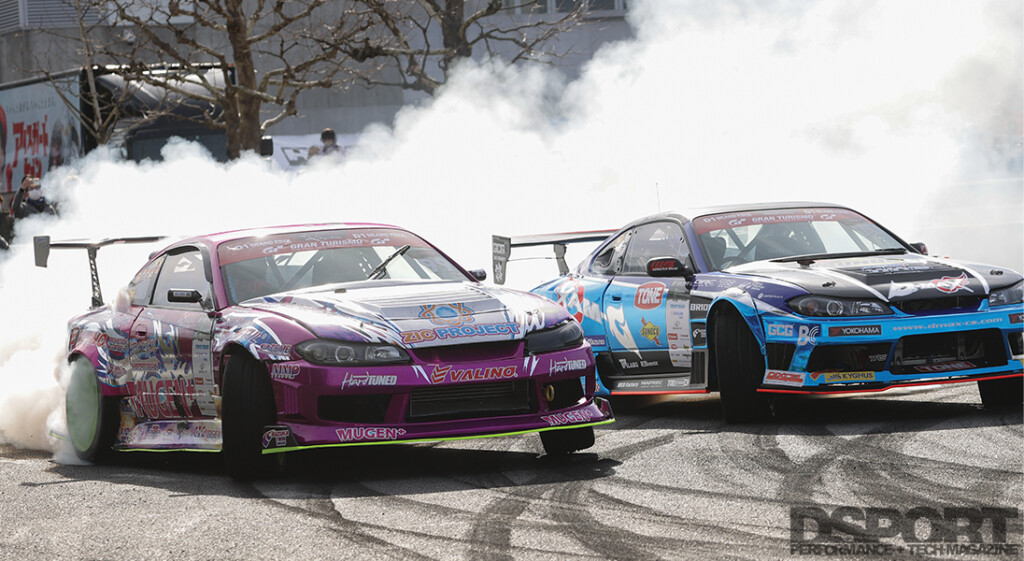 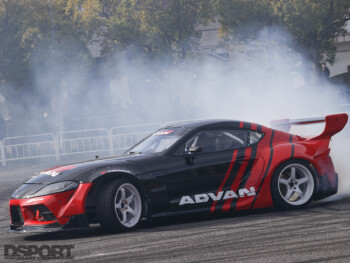 If you are new to the tuning world, you may be more familiar with Formula Drift than with D1Grand Prix. The reality is that the Gran Turismo D1 Grand Prix professional drift series was first and started back in 2000. In 2004 and 2005, D1GP actually produced some events in the California as Formula D began to take shape. Ken Gushi became the youngest D1GP driver at age 16 while Darren McNamara became the youngest D1GP driver to make the Best 8 at age 21. While Formula Drift has continued to push a number of new platforms,  D1GP has been dominated by S-series (S13/S14/S15) platforms over its 21 year history with 13 D1GP championships being captured by a S-series Nissan. In fact, the past five years have been won by a S-series. If you have love for the S-chassis or you want to see the skills of the original kings of drift, the D1GP Demo at the Tokyo Auto Salon is a great way to gain the experience. 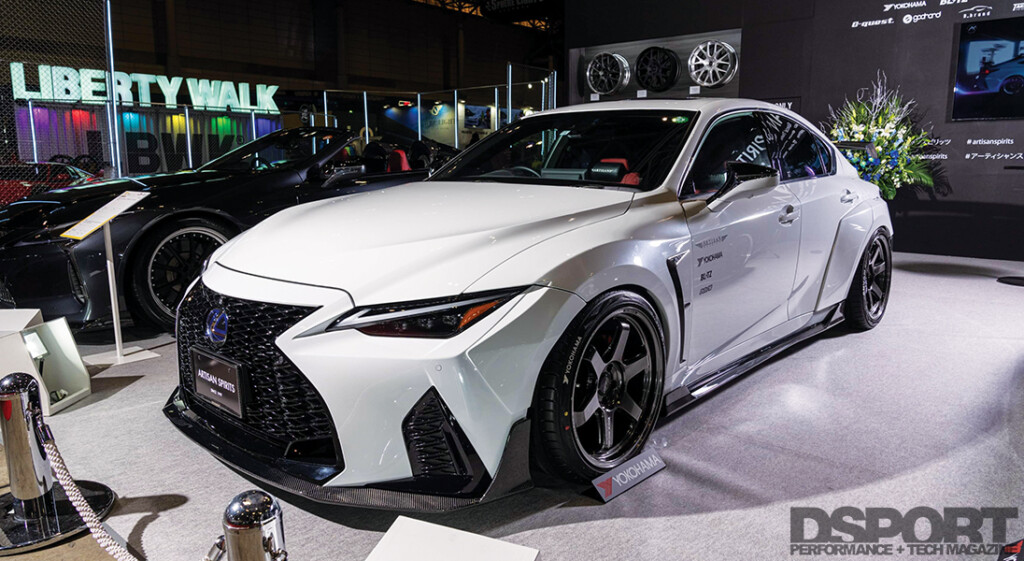 Tokyo Auto Salon, Nissan Heritage Collection, Nismo Omori Factory, UpGarage, Shibuya, Izakaya, Karaoke, Tempura, Katsu, Ramen and DSPORT track day are just some of what is being planned for the 2023 DSPORT Tokyo Tour. It’s been too long and we miss Japan too much. This will be the best DSPORT Tokyo tour to date and if we can get the support, it may be the first time we roll 80 deep in Japan.

Tickets are already available for the 2023 DSPORT Tokyo Tour with an early bird special. Be sure to visit dsporttas.com for more details or just call DSPORT Magazine and chat with us about it. It’s certain you won’t regret it!