A blast of performance from a button. A properly designed nitrous-oxide system can reliably deliver a “shot” of additional performance on demand. A simple system with simple controls is able to deliver simple results. If your goal is simply fun, a properly installed, well-engineered kit will deliver. But, what if you want more out of your nitrous oxide system? Sure you can change jets for more power, but what if you need the power delivered in a different way? In addition to the tried and true method of adding “stages” to the nitrous oxide system, new technologies are now available to make the power delivery of a nitrous oxide system more consistent and predictable than ever before.

Read our 101 Guide to Nitrous Oxide 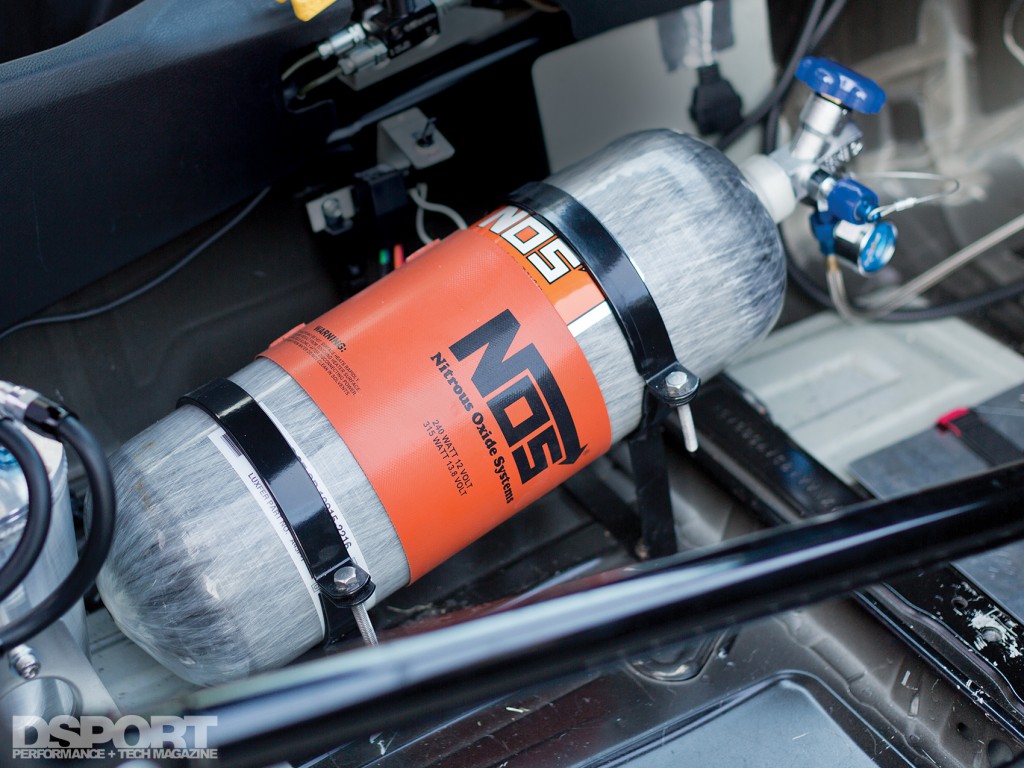 Since a single massive “shot” can often be too much for the tires or engine to handle, staging shots of nitrous oxide is the normal course for those serious about big nitrous oxide power gains. A 50 horsepower single fogger shot out of the hole from the first stage of nitrous oxide followed up by a second 80 horsepower direct-port stage that comes on in second gear might be one way to keep a FWD four cylinder charging hard without losing traction. 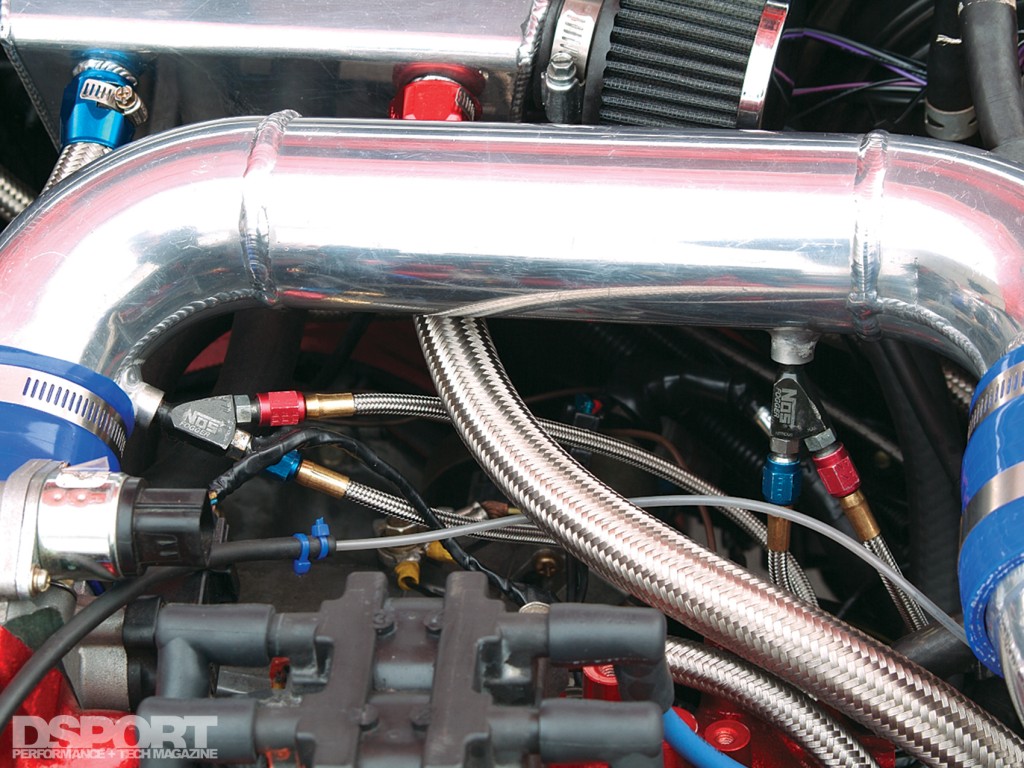 This Subaru uses two stages of nitrous oxide injection. The fogger nozzle furthest away from the throttle body give a soft hit to get things started. Once traction is not an issue, the stage two fogger closer to the throttle body can be activated for a quick hit. 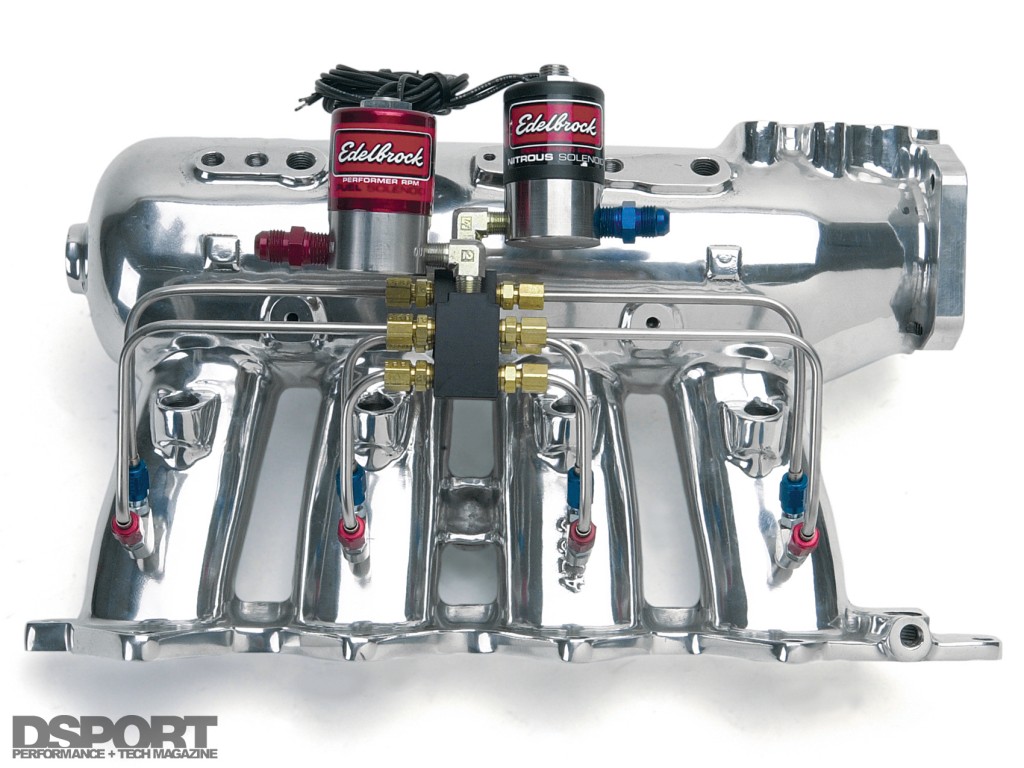 “Wet” direct-port nitrous oxide injection systems deliver an equal amount of fuel and nitrous to each cylinder. These systems tend to “hit” harder than plate or single fogger type setups.

Various “progressive” nitrous-oxide controllers have been on the market for the last 15 years. All of these systems promise optimized power delivery. Some of these systems do a significantly better job than a traditional staging method in terms of delivering power to the engine progressively. However, many of these systems are still limited in their capabilities (due to the basic solenoids they control and the location of the metering jets) and none of these systems address the effects of bottle pressure variances. Hence, they’ve only gained limited popularity. 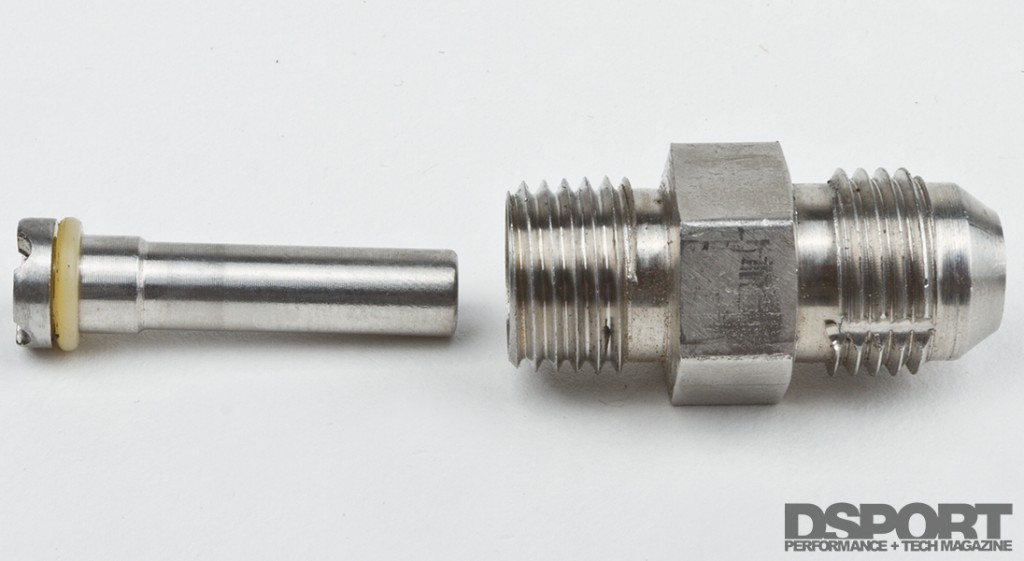 This simple check valve is the key piece of a “push” type nitrogen-assist system like the NANO system. This valve ensures that no nitrous oxide escapes from the nitrous bottle to the nitrogen charging bottle. 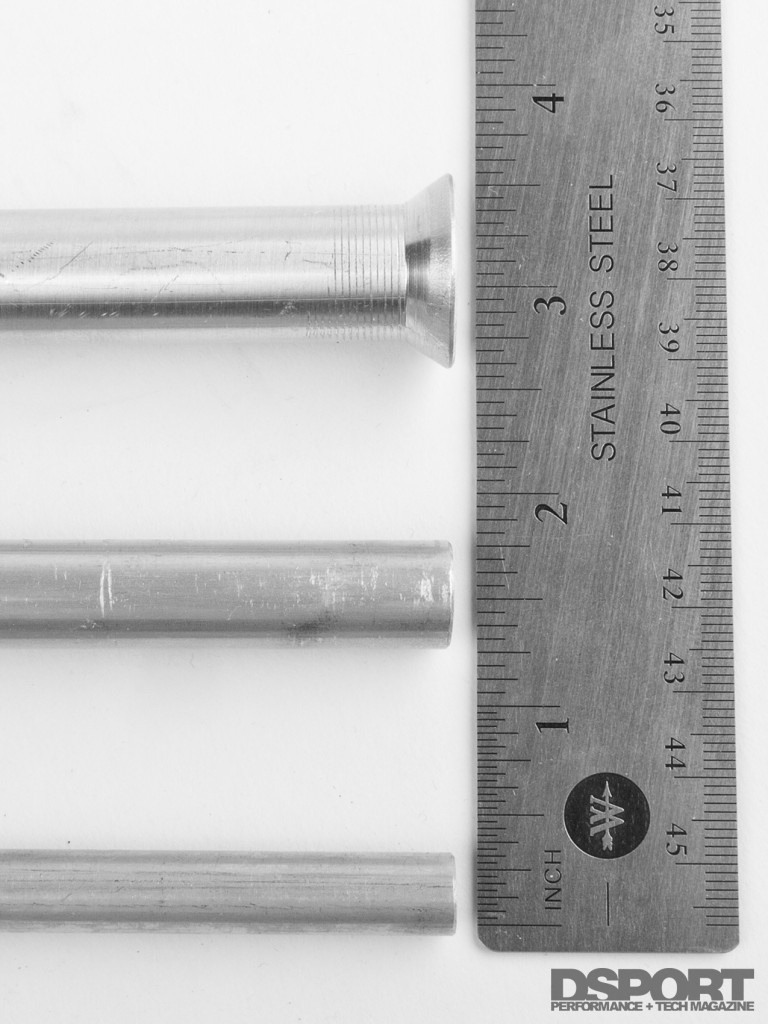 Inside your nitrous oxide bottle is a suction tube like one of the above. Larger diameter tubes (like the two on top) and high-flow valves are key to peak performance from single bottle systems delivering over 150 horsepower.

Throttle from the Bottle 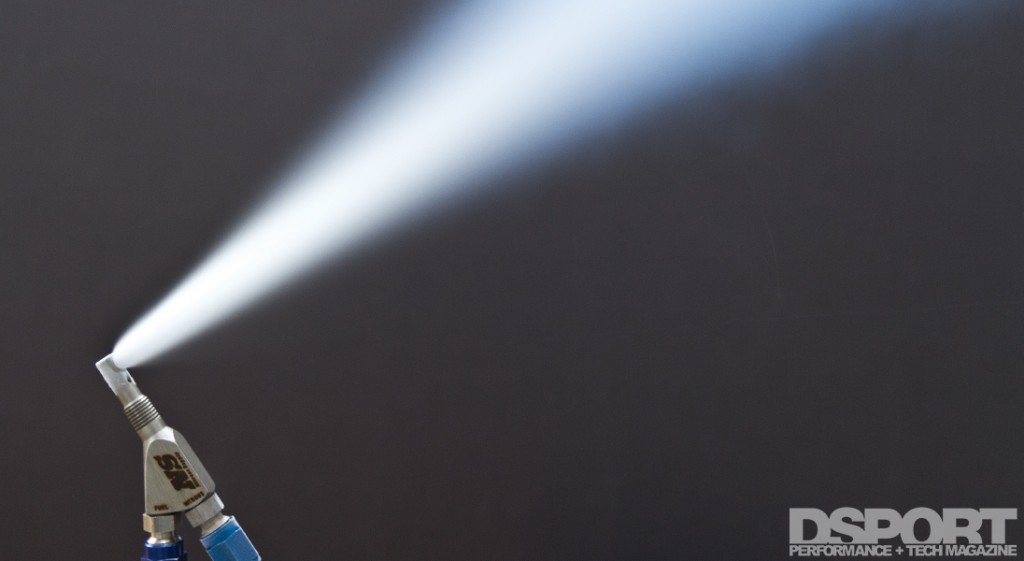 Historically, the Band-Aid has been to incorporate a bottle heater in to the system. The heater increases the bottle temperature and the pressure of the nitrous oxide in the bottle also increases. While this can raise the bottle pressure to get to a desirable 950psi level before the nitrous oxide is activated, it doesn’t do much to keep the pressure consistent during the run or pull. The longer the run or pull and the higher the horsepower “shot”, the greater the difference in bottle pressure between the beginning and end of a run. This problem becomes even more of an issue as the bottle begins to empty. Starting pressure may be lower and the expected power increase may not be met once the bottle nears a half-empty level. Racers that need maximum performance or consistency from their nitrous oxide system may even change out to a new bottle for each run due to this issue. 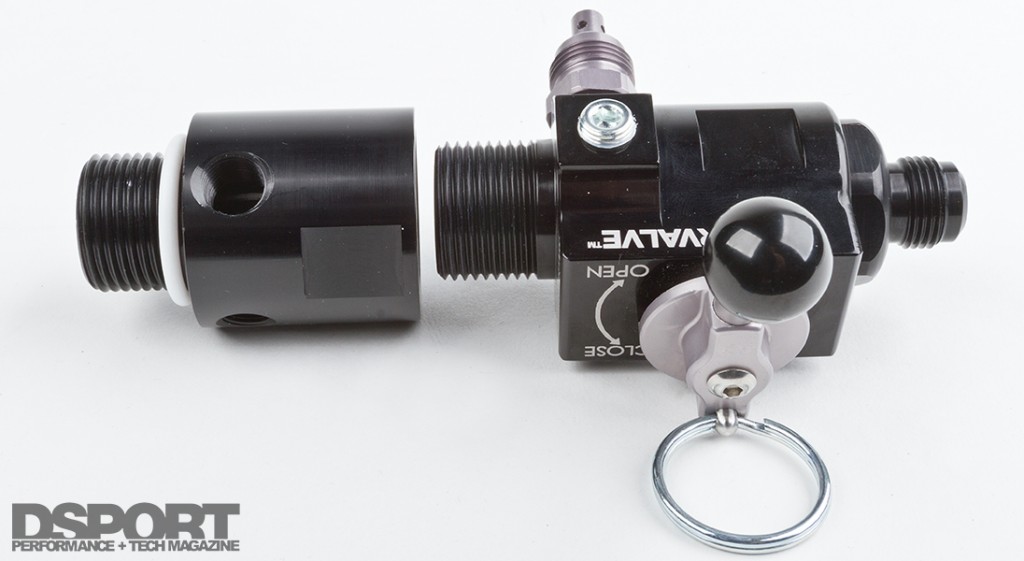 This ball-style, 1/4-turn nitrous bottle valve from Nitrous Supply maximizes flow from a single bottle. The adapter fitting below the valve can be used on any valve to allow the addition of a nitrogen-assisted push system to be employed.

Since the bottle pressure drops on a conventional nitrous oxide system once the system is activated, the system produces less horsepower near the end of the run compared to the beginning of the run. How much less? If the system was flowing enough nitrous oxide for 100 additional horsepower at activation (@950psi), it might be producing only 80 horsepower eight seconds later as the pressure and temperature of the bottle drops. If bottle pressure could remain constant, the amount of nitrous oxide being delivered to the engine would remain constant throughout the pass. This would mean the same power from the beginning to the end of the run. 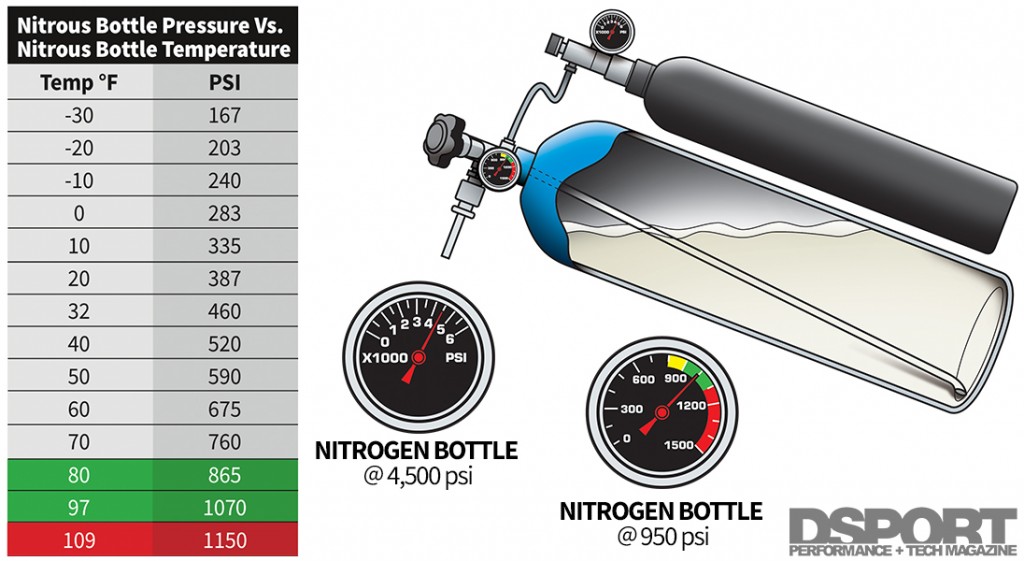 Inside the nitrogen bottle is air or nitrogen at 4500psi. A regulator drops its pressure to about 1,050psi. This puts a nitrogen bubble over the liquid nitrous oxide in the nitrous bottle. This bubble helps to keep the nitrous a liquid when it flows through the nitrous system at 950psi.

We first learned of this technology while speaking with Doug Macmillan of HONDATA. HONDATA has run a number of vehicles equipped with nitrous oxide injection systems with the NANO system while setting land speed racing records. In these applications, the engine might be “on the bottle” for 40 seconds at a time. On an engine that makes 250 horsepower naturally-aspirated, they might require a 100-horsepower shot of nitrous for this extended period. Without NANO, the bottle pressure might drop so low that the mass flow of nitrous oxide to the engine might be a small fraction of the original “shot.” Thanks to the NANO system, Doug is able to rely upon a consistent delivery of nitrous oxide to the engine. As a result, he is able to tune a Hondata engine management to supply a consistent amount of additional fuel flow to deliver a consistent power gain.

Most conventional nitrous oxide bottles can accommodate the NANO system. You will need to locate a place that can refill the NANO bottles to 4500psi (there is a 3000psi version available that is lower cost, but the 3000psi NANO bottle is larger in size). Some scuba, paintball hobby shops or welding supply shops have the proper equipment. The common practice is to install a fresh NANO bottle when you install a fresh nitrous-oxide bottle. 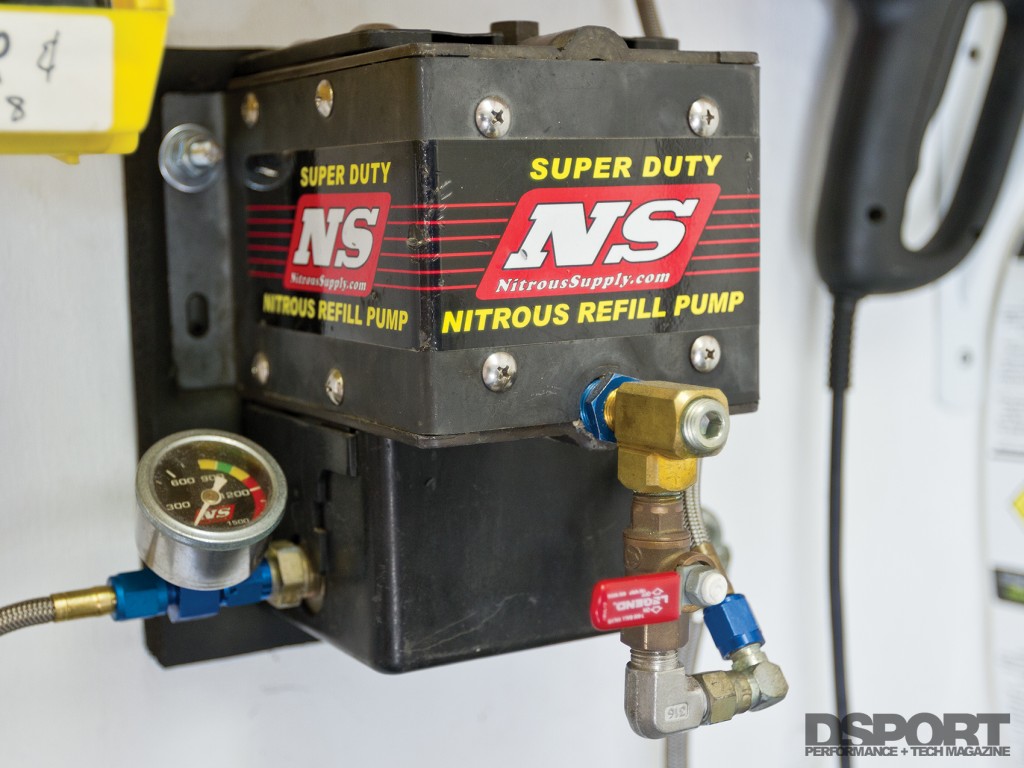 Nitrous and fuel solenoids are simply electronically controlled valves. Normally these valves are switched on (open flow) or off (closed flow). However, progressive nitrous controllers or the low-side outputs of the ECU can also be used to pulse these solenoids (when a solid-state relay is used) to deliver a fraction of the original flow. While any nitrous solenoid can be controlled by PWM, Wizards of NOS manufactures its solenoids specifically for such use. We first learned of these solenoids from Nathan Tasukon. Nathan tunes a number of competition vehicles in all different forms of motorsports. He told us about his success using the Wizards of NOS nitrous solenoids to tune the nitrous delivery on race vehicles. Controlling these solenoids at a frequency of 30 Hertz allows duty cycles from 20-to-75 percent of the wide open flow. Hence a system jetted for 150 horsepower could be PWM regulated to produce as little as 30 horsepower, while ramping up to full output based on a number of strategies (depending on the ECU’s capabilities). 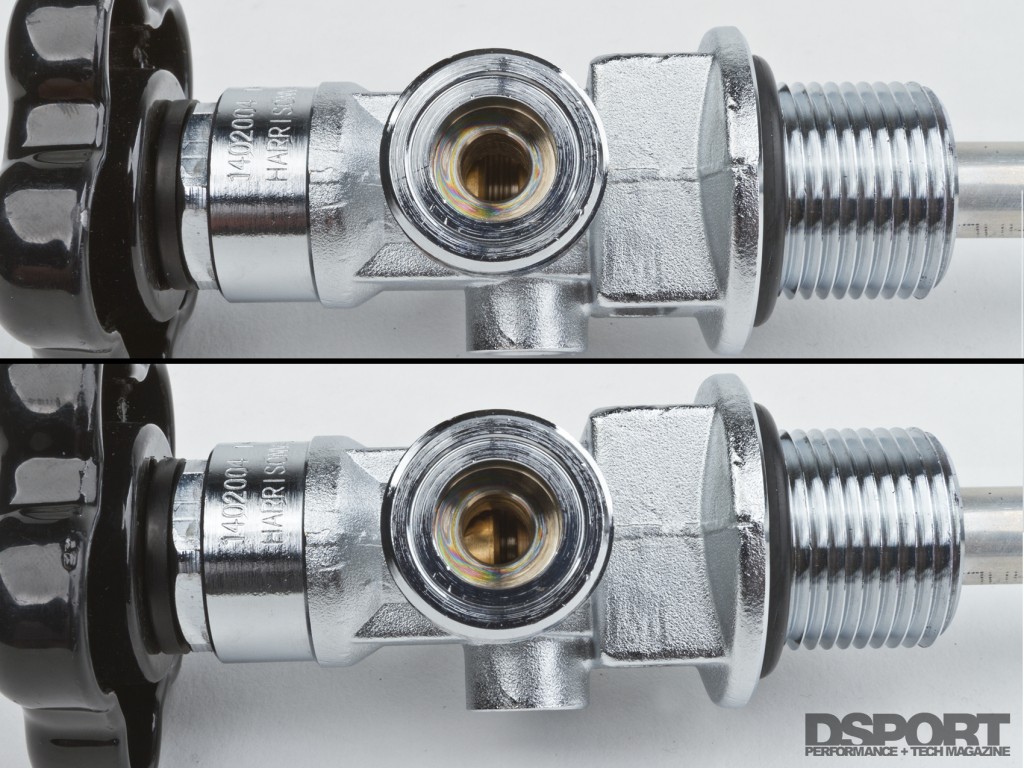 Notice anything different about these two valves? They both started out as the same part but the valve on top was “blueprinted” and modified to have less of a restriction in the “open” position. Some specialized nitrous system tuners offer the services of modifying and blueprinting systems. Testing a nitrous system on the bench can often locate problems before they become an issue.

While pulsed control has its fans, it does have its limits. In order to control the solenoid at a decent frequency, the minimum duty cycle for predicable operation is usually in the 20-to-30 percent range. That means that the minimum amount of power delivery from the nitrous- oxide system is going to be 20 to 30-percent range with a pulse based progressive controller. Additionally, the nature of a solenoid also creates a similar window on the other end of the duty cycle range. In this case, any duty cycle of 80 percent or higher will simply put the solenoid in a fully open (full power) mode. If you had a 200 horsepower nitrous-oxide system under pulsed progressive control, this would mean that your minimum power delivery would be somewhere in the 40-to-60 horsepower range. You would be able to have pulsed control of the power delivery up to 150 to 160 horsepower mark. From that point, you’d encounter a step that takes you right to 200 horsepower. In some applications, these limitations from the pulse system would be fine. 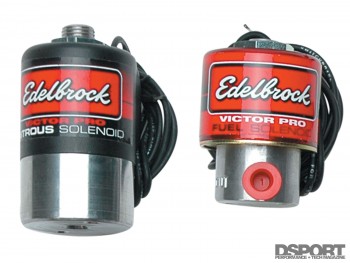 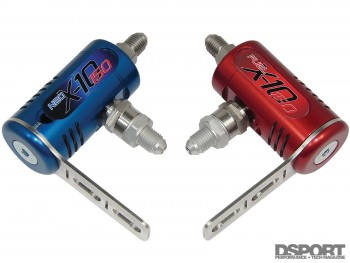 Most conventional solenoids were never designed to pulsed for progressive nitrous and fuel delivery. As a result, they must be properly maintained. Wizards of NOS makes “pulsoids” specfically for PWM use.

To address applications wanting a truly 0-to-100-percent progressive control of the nitrous oxide and fuel delivery, Wizards of NOS developed a unique REVO valve. This variable flow rotary valve can be controlled to deliver the desired amount of flow from 1- to 100-percent of its range. Available in flow rates from 150 to 1,250 brake horsepower, these flow control valves are said to have no wearable parts, extremely low current requirements and unprecedented smooth flow delivery without pulses or steps. These REVO valves have already been proven on the first ever 7-second Real Street Drag bike, through a range of FWD cars, to promising Pro Mod & Land speed record cars. The REVO valves can be controlled through either the MAX EXTREME standalone controller or from a PWM output of an aftermarket ECU, with the addition of an interface unit. 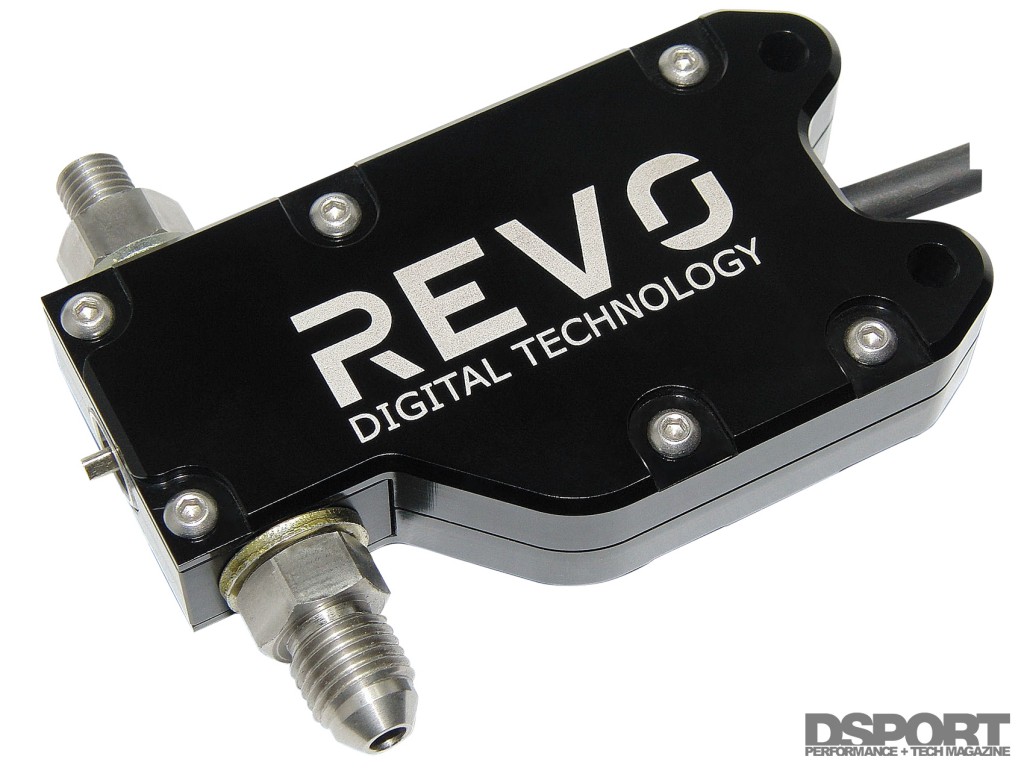 Looking nothing like a conventional solenoid, the REVO is a progressive flow control valve. It is designed to allow flow rates anywhere from 1 to 100 percent of its range. REVOs are available up to 1,250 horsepower in flow rating. 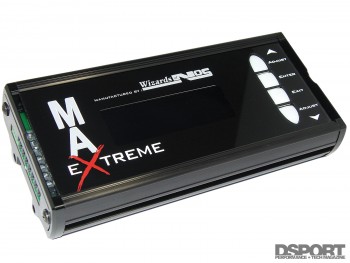 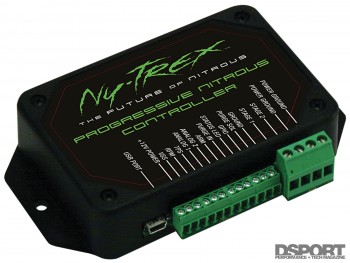 Various progressive nitrous oxide injection controllers and many modern ECUs allow the power delivery from the system to be tailored.

Nitrogen assist, PWM solenoids and ECU control are allowing nitrous oxide injection systems to be more powerful, consistent and reliable than ever before. Power drops from pressure drops, drops in performance from a partially-full bottle, cylinder pressure spikes on activation and just about any other challenge and hiccup from using nitrous oxide is no longer an issue when the proper technologies are employed. Based on the number of drift, land speed and now drag cars coming back to nitrous oxide, it’s only a matter of time before nitrous makes it back to the streets in force. 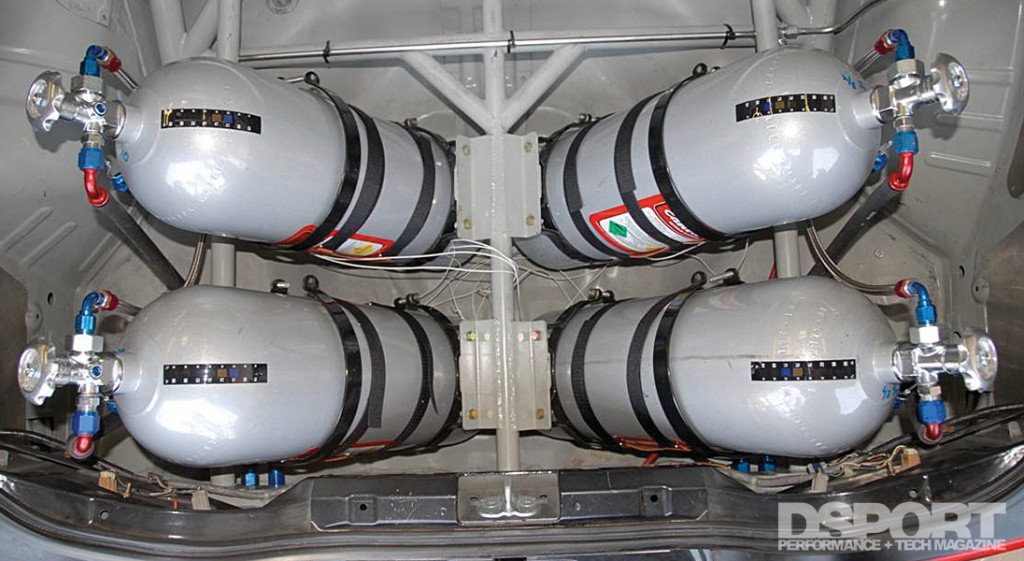