You are at:Home»The Tech»Education»Aero & Body 101: Using Aero To Cheat The Air

Remember studying aeropalmetics as a kid? This is where you stick your arm out the passenger window while mom is driving. When you would tilt the forward (leading edge) part of you palm-down hand up, your arm would lift up. Tilting the leading edge of your hand down would cause it to drop. While conducting your experiments, your shoulder would get a bit sore because it was straining to provide the force needed to balance out the wind drag on your arm. Believe it or not, the study of aeropalmetics is essentially the same as aerodynamics. Both deal with lift, drag, and angles of attack.

Drag and its Coefficient

In aerodynamics, the force of drag is detrimental to performance. An object in motion through the air experiences a drag force (often called air resistance). The amount of this force is dependent upon four factors. These four factors include, the speed at which the object is moving, the frontal area of the object moving through the air, the density of the air and the coefficient of drag (Cd). Obviously no one has control over the density of air and vehicle speed is always going to vary. That leaves the Cd and frontal area as the two factors that can be addressed. OEMs try to design vehicles with low coefficient of drag (Cd) ratings for both marketing and practical purpose. All other factors being equal, a vehicle with a lower coefficient of drag will deliver better fuel economy and higher terminal speeds as less horsepower is robbed by the “wind.” As for the frontal area of the vehicle, you now understand why sportscars have lowered roof lines. Some like the Lotus Elise and Exige also narrow the body as much as possible to reduce this frontal area. 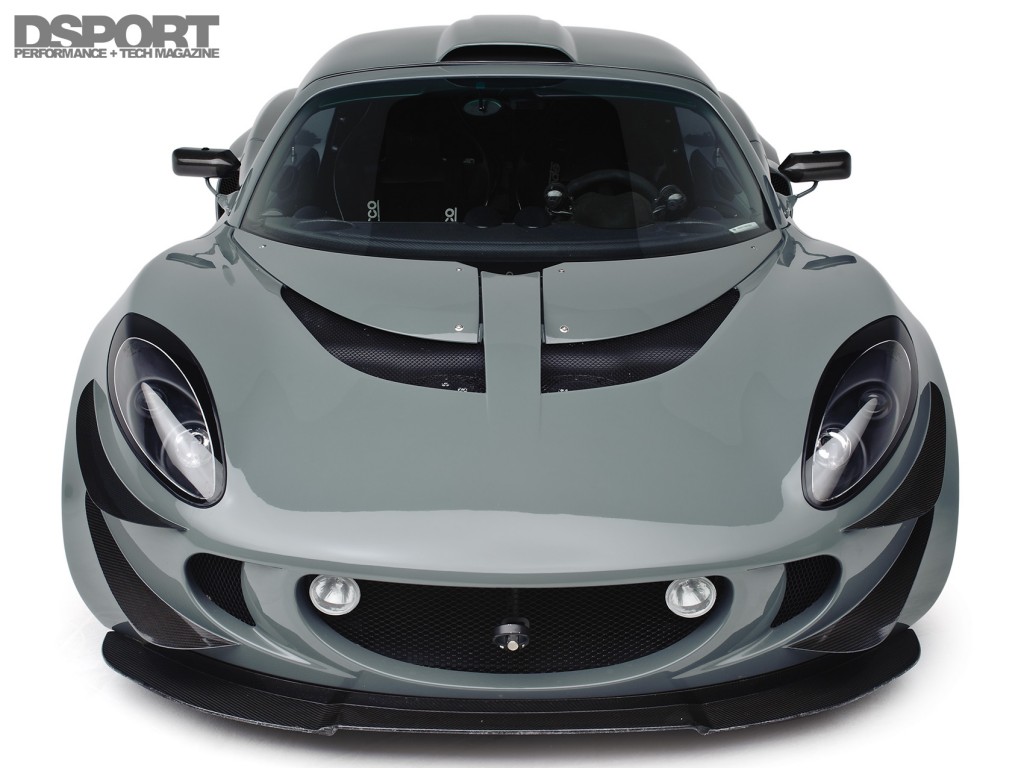 While Lotus purposefully narrowed the body to reduced the frontal area of the chassis, some choose to add a widebody kit to house wider tires.

This term has been loosely thrown around in auto racing, but variations of canards originated in aerospace technology. Canards are essentially small wings that create lift to control the front of the aircraft as aerodynamic rudders. They are also used to control the flow of air into or away from a particular area. Currently, off-the-shelf canards in the automotive marketplace are generally not ideal for time attack or road racing. They tend to serve a more aesthetic purpose without any real regard to application specificity or purpose-built design. In some cases, the large ramp-style canards have such aggressive Angles of Attack (AOAs) that they create more drag than usable downforce.

A fully-functional canard design would be application specific with respect to AOAs, size, and flow direction. Additionally, supplements to the canard itself would help facilitate the real purpose of the canard on an automobile—to put more downforce on the front of the car that complements the downforce generated by the aerodynamic components in the rear. 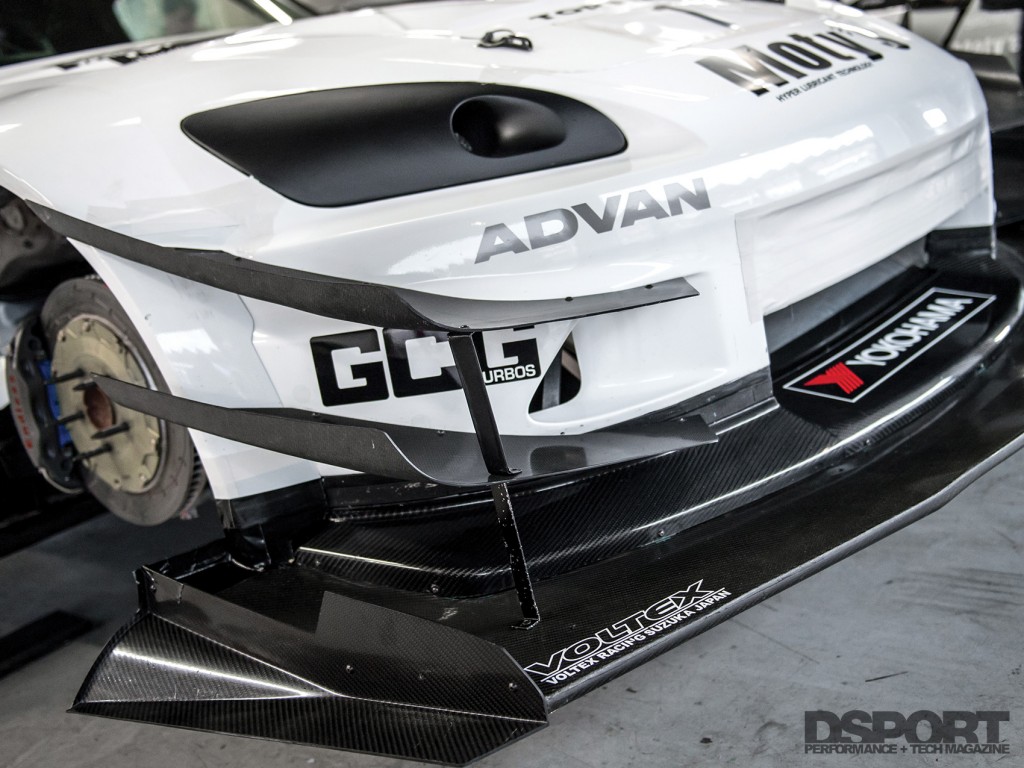