Over the course of a decade, GoPro went from being the single dominating action video camera in the industry to a drop in a pond filled with countless other options. The world-famous company has since steadily introduced updated models on a regular basis, a must-do in order to stay ahead of the many competitors entering the market. Now, we find ourselves with GoPro’s latest iteration, the Hero5. The new model sports updated hardware and interface, rolled into market alongside the Karma Grip gimbal in an attempt to lasso users into the GoPro ecosystem and keep them there. From a customer’s perspective, these offerings come at a steep price of $399.99 for the Hero5 Black and $299.99 for the Karma Grip. But once you get the Hero5 Black and Karma Grip in your hands and see them in action, the price makes more and more sense with very few flaws to argue otherwise.

As GoPro grew over the last decade, the company came to a realization around the time of the Hero2 generation that one camera with different mounting bundles does not cover the entire customer base. The following generations introduced multiple edition cameras, expanding the range of quality, uses and customers. We see the same in 2016 going into 2017, as GoPro offers the Hero5 Black, Hero5 Session and Hero Session, priced at $399.99, $299.99, and $149.99, respectively. The Hero Session cameras stand as GoPro’s flagship for the more price-oriented consumer, still offering HD video recording in a waterproof package just like the company’s higher-end options. Each camera in the lineup offers HD video, photo options, WiFi, Bluetooth, and quick one-button control features. While the Hero5 Session will likely serve as the happy medium of price and functionality for most buyers, the Hero5 Black showcases all of what GoPro has to offer in a camera today. 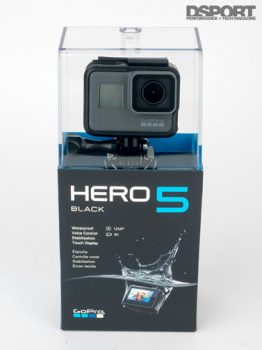 The first thing you’ll notice on the Hero5 Black is the new, soft gray exterior design. This latest iteration camera is waterproof down to 33 feet (10 meters) without the need for a separate housing. As a result, the construction lends to making the camera feel significantly more durable in your hands. If you plan to mount the camera to your car or put it through any other stressful environment, you still have the option to purchase a housing from GoPro for additional protection and waterproofing down to 196 feet (60 meters).

On the back of the camera, you’ll find a touchscreen display to view past footage, change settings, and perform basic operations. When it comes to gadgets and gear in outdoor environments, I normally prefer physical, no-nonsense buttons over what are usually finicky and unreliable touchscreen controls. However, the Hero5 Black’s touchscreen proved to be very responsive without any ghost touches or significant lag times. Navigating through the menus and playing back old footage through the touchscreen was fluid and seamless, proving it to be extremely user-friendly. 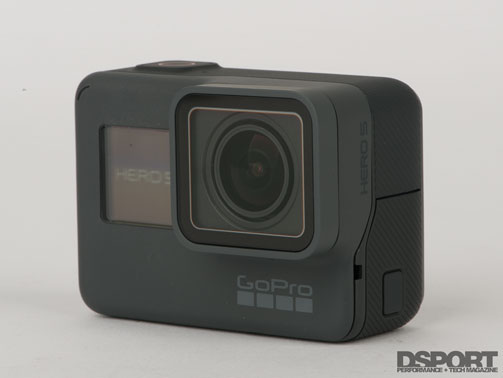 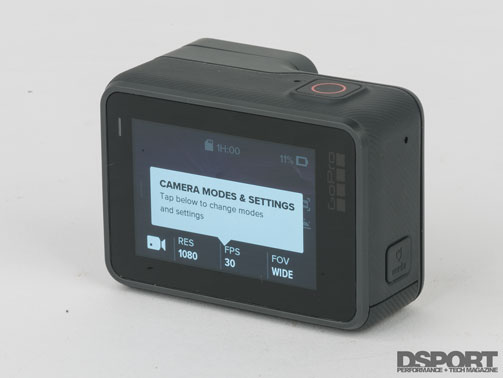 The Hero5 Black offers the highest resolution video recording and fastest framerates of the new Hero5 lineup, delivering a plethora of options for image quality and slow motion footage. The camera gives users the option to record as low as WVGA resolution (848×480) at 240fps for ultra-slow motion footage. The camera can also handle up to 240fps at 720p resolution in a narrow field of view, while the wider field-of-view options allow up to 120fps. Options remain plentiful as you step up the resolution, with 1080p providing up to 120fps, 1440p up to 80fps, 2.7K up to 60fps, and 4K up to the standard 30fps in wide mode. This amount of flexibility makes the Hero5 an excellent tool for hobbyists and professionals alike, especially when 1080p meets resolution requirements as it offers the most FOV and framerate options.

Just the same as with previous generations, the Hero5 Black rivals its competition with some of the highest quality video on the market. The video appears incredibly sharp, with rich and vivid colors that make even Buttonwillow Raceway Park appear scenic. The Hero5’s video quality is improved with its new electronic image stabilization feature. The feature is only available up to a maximum of 1080p at 60fps, but these settings typically fare for the majority of users anyways. While the EIS won’t fully remove the shake associated with track driving, mountain biking, surfing, and other sports, it does eliminate the heavy vibrations that can make a video appear blurry or jittery. In terms of overall video, we found the GoPro Hero5 Black to maintain its position as a leading option in the action camera market. 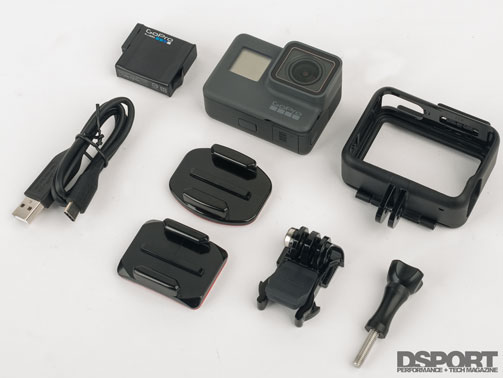 GoPro no longer holds a monopoly on the market like it used to, and improved video quality simply doesn’t cut it anymore to keep users from looking to other options. To this end, GoPro worked to equip the Hero5 Black with intuitive new features to increase utility without sacrificing the user experience. A particular standout is the GPS and location capture, which can be very useful to racers and track day enthusiasts who want to share their on-track antics. If you select to record video with the GPS option turned on, the camera hunts for GPS signals to collect direction, speed, altitude, and elevation, along with g-forces. When you import the video into Quik (GoPro’s video editing software), you can then select which gauges and graphs you want to overlay on the video.

Many will find the audio quality of the Hero5 Black improved as well. However, take into consideration that cameras in this class typically don’t come anywhere close to recording with some sort of external mic. That being said, the Hero5 Black delivers a notable difference over the previous generation camera. It offers three microphones with special wind reduction settings, as well as the ability to capture audio in a raw .wav format. It may take a little dialing in to find the settings that work best, but most will find audio on this setup significantly more usable. 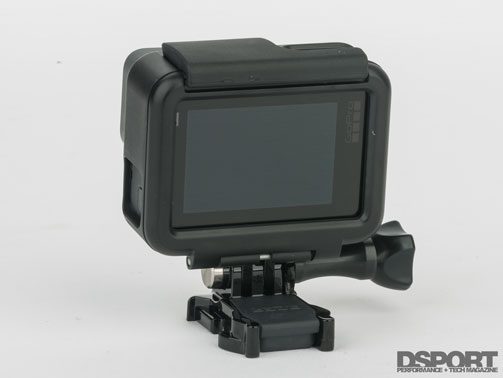 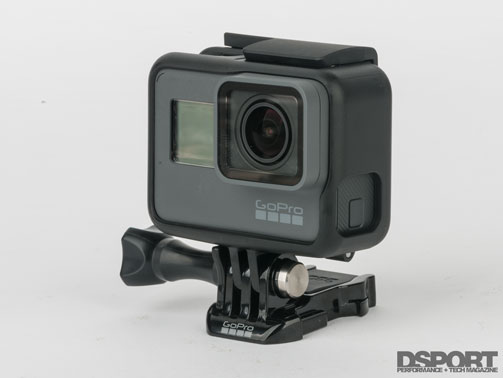 GoPro made its name with video, but the hardware has come a long way in terms of still photos. The Hero5 Black enables users to capture RAW photos for higher quality content and more flexible editing. On top of that, it shoots photos at 12MP and is capable of up to 30fps burst shots with an option for time lapse photos. Given that GoPro now implements an LCD screen plus the option to shoot in wide mode or linear mode (removes the near-fisheye look of the wide lens), the Hero5 Plus easily doubles as a simple walk-around, still photo camera.

The Hero5 Black comes a number of software features in an effort to make it more user-friendly and more easily integrated with how you use it. The touchscreen on the back leaves little need to expand beyond the physical shutter and mode buttons, keeping things simple for powering up and recording. Adding to this, GoPro implemented a voice control feature that lets users speak commands like “GoPro, start recording” and “GoPro, shoot burst” for basic camera controls. With the streamlined user interface, mobile apps and quick upload features, the Hero5 Black enables the user to do more with the camera and a mobile device, without the need for a computer. 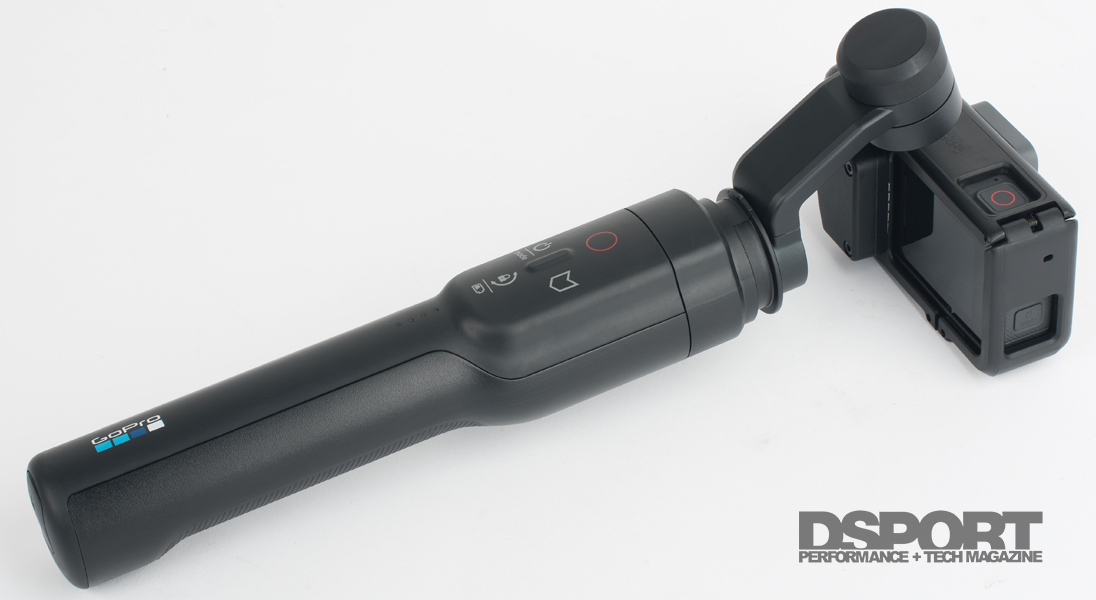 There are countless videos online that were recorded with a handheld GoPro camera, the majority of which are shaky and noisy from whoever was handling the camera. GoPro introduced its own solution to this problem in the form of the Karma Grip, a three-axis motorized gimbal made specifically for the GoPro camera.

The thought of a gimbal that costs nearly as much as the camera it houses, with very limited compatibility, will make many think twice about making the investment. However, our tests with the gimbal proved that this hardware raises the video quality tenfold. The Grip connects to the Hero5 Black’s USB-C and Micro-HDMI ports to take over the camera controls. This enables users to mount the camera to the Grip and immediately use the Grip to power on the camera, start recording, and move around with incredibly smooth footage. 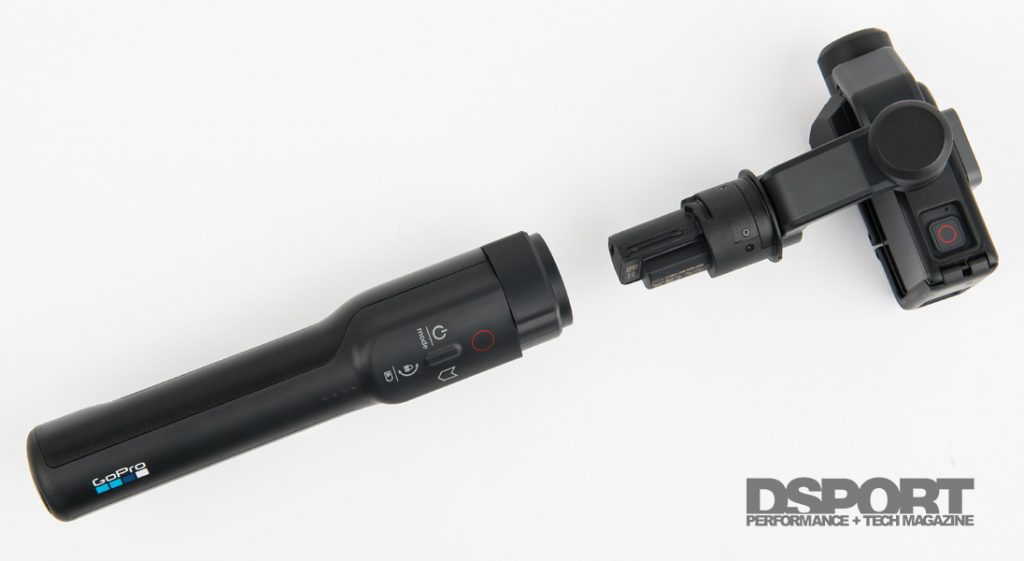 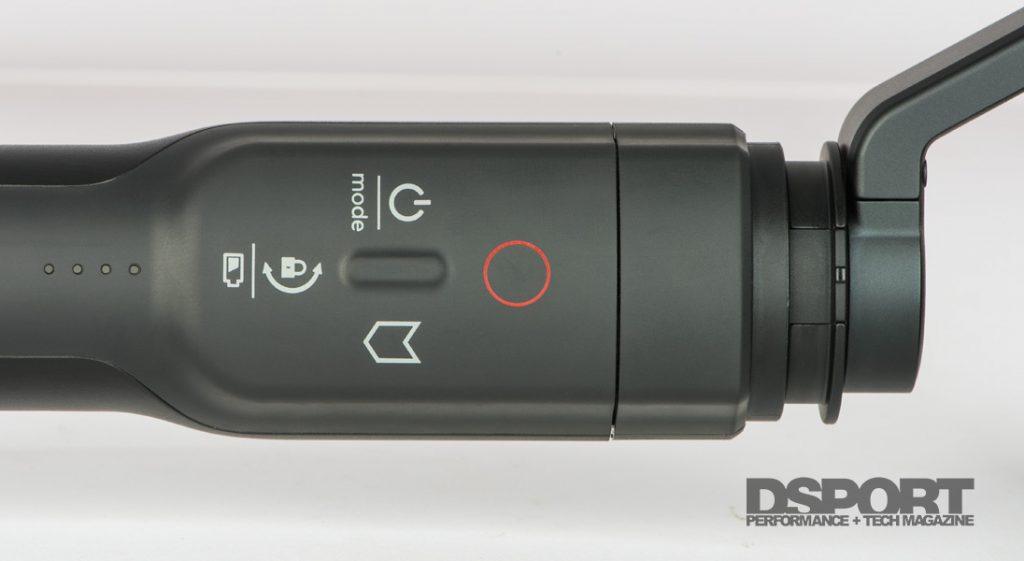 The Karma Grip features simple controls all at your thumb’s access, while the unit automatically keeps the camera pointed forward when powered on. On the handle, you’ll find the Power/Mode button, a record button, a button to mark highlights within a video, and a tilt-lock button to help control movement and stay focused on your subject. Keep in mind, however, that the Grip lacks pan and tilt controls, and cannot stand on its own or use a tripod. It does include a metal mounting ring that enables the Grip to mount to any standard GoPro buckling mount. This can prove to be a bit of a pain in some instances since the entire large and bulky Karma Grip assembly must be used, but it is at least an option for adding stability to mounted locations if needed.

During our tests, we found the Karma Grip very stable and very comfortable to use for long periods of time. The resulting video is silky smooth, even when walking around and recording with a lot of movement from the user. Battery life was adequate, as GoPro’s claim of 1.75 hours for the most part matched what we had in our tests. Charge time can take as little as two hours to bring the battery to full, as long as you use GoPro’s Supercharger. If you use any other power source, however, charge time will easily double or even triple that. All things considered, the Karma Grip is a fair deal at $299.99 for how well it functions to smooth out video, and how easily it integrates with the Hero5 Black. 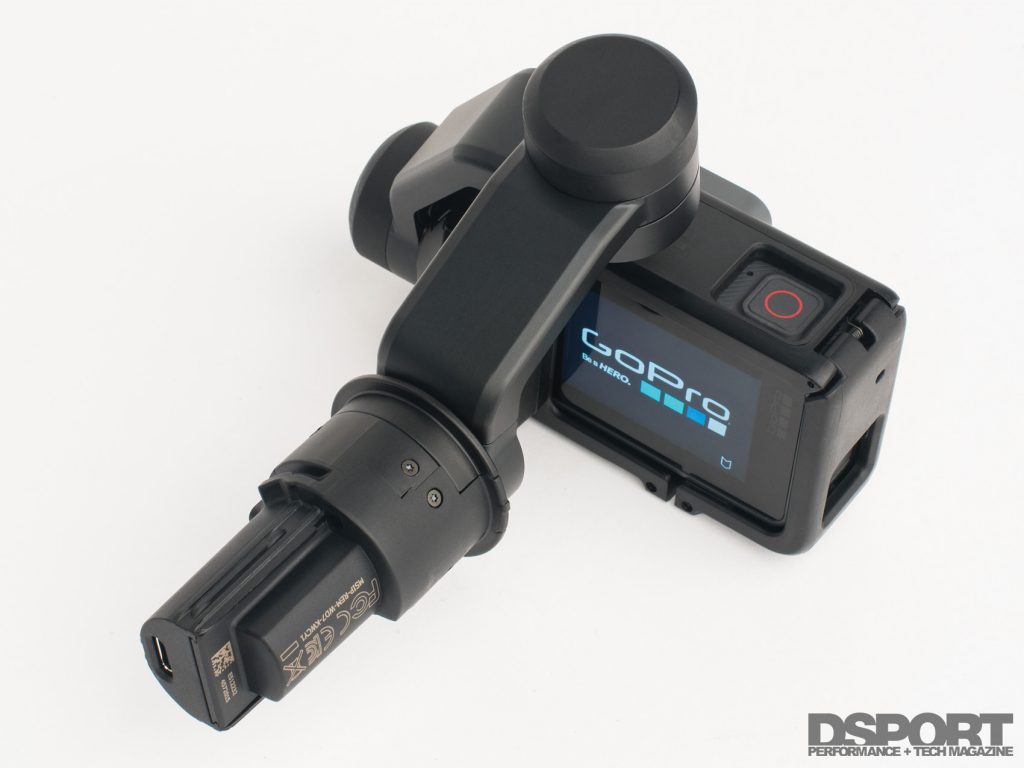 The action camera market is quickly becoming overwhelming for the average consumer, forcing GoPro’s hand at doing whatever it can to stay on top of the market. Although GoPro’s latest Hero5 and Karma Grip offerings are not as affordable as some of the competition, the hardware still rivals the highest quality items available and with more features than most. In regards to GoPro’s camera family, the Hero5 generation is certainly the company’s best yet. Users with the Hero4, especially the plus variant, may be hesitant to upgrade to the Hero5 Black. We certainly wouldn’t blame them, as the Hero5 Black only adds a few additional features over the previous generation. As for anyone with the Hero3 or older, upgrading to the Hero5 Black is a must.