Wastegates are the mechanical devices that keep your turbocharged engine in check. Based on the strength of the pressure signal it receives, a wastegate lifts its valve to relieve exhaust flow away from the turbine inlet of the turbocharger. This allows a wastegated turbocharger system to set a target boost pressure below the level that would be realized if the turbo system had no wastegate. 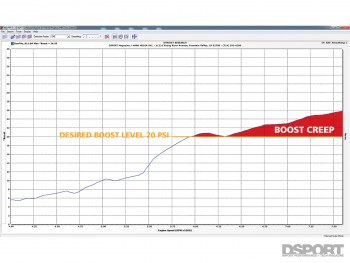 A number of turbocharged diesel engines (especially those used in marine applications) do not incorporate a wastegate. As a result, the specifications of the turbocharger determine the boost response curve. If any aspect of the turbocharger is altered, the boost response curve is altered. For example, changing to a smaller A/R turbine housing not only increases boost response at a lower engine speed (as it would on a wastegated turbo system), but it also causes the peak boost level at redline to increase. If there is a maximum boost level that you wish to target, a non-wastegated turbo system will only let you see that boost level at redline. Since a non-wastegated turbo system doesn’t allow for the desired maximum boost level to be realized sooner than redline, a bunch of low-end and midrange power and torque is sacrificed. Incorporating a wastegate in the turbocharger system allows maximum power and performance to be realized across a much broader powerband. 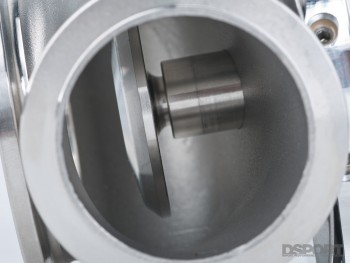 Most OEM turbocharger systems use an “integral” or “internal” wastegate that relies upon an actuator and rod to manipulate a flapper valve. By using an internal wastegate, overall cost is kept lower and the exhaust system is simplified (no need to use a dump tube that merges into the downpipe. At factory boost and horsepower levels, internal wastegates generally perform well. However, many internal wastegates lack enough flow capacity to function properly at higher-boost/higher-power levels. As a result, undesirable boost creep can result. 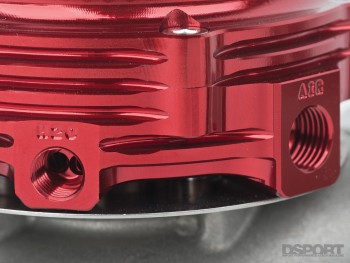