Car enthusiasts express their creativity and passion for cars by the way they build their machines. From parts upgrades to aesthetics, the build can be very telling about the person who drives it. It’s obviously subjective, as not everyone will appreciate what another has done. But when the likeminded meet, a mutual appreciation occurs.

An Enthusiast Enthralled Tony V., a self-proclaimed “Bug Head,” is a long-time fanatic of vintage Volkswagen Beetles. He proudly owns several examples ranging from the mid 50s to the early 60s. Tony is very particular when it comes to cars. He has a meticulous eye for detail and quality that guided his builds and purchases. When he stopped by JMS Racing to buy rims for his son’s S2000, the quality of work being completed stopped him in his tracks. His eye was drawn to a silver Evolution IX built by JMS Racing’s Joaquin Alpizar. Tony explained, “I love cars and so does my son Anthony. I’d never heard of JMS Racing until I stopped by the shop to buy some rims for Anthony. I looked around the shop and realized the quality of work being done there. When I noticed Joachin’s EVO IX, I knew it was built well and built right. I told Anthony about the car and he was just as excited about it as I was. We had to buy that EVO.” 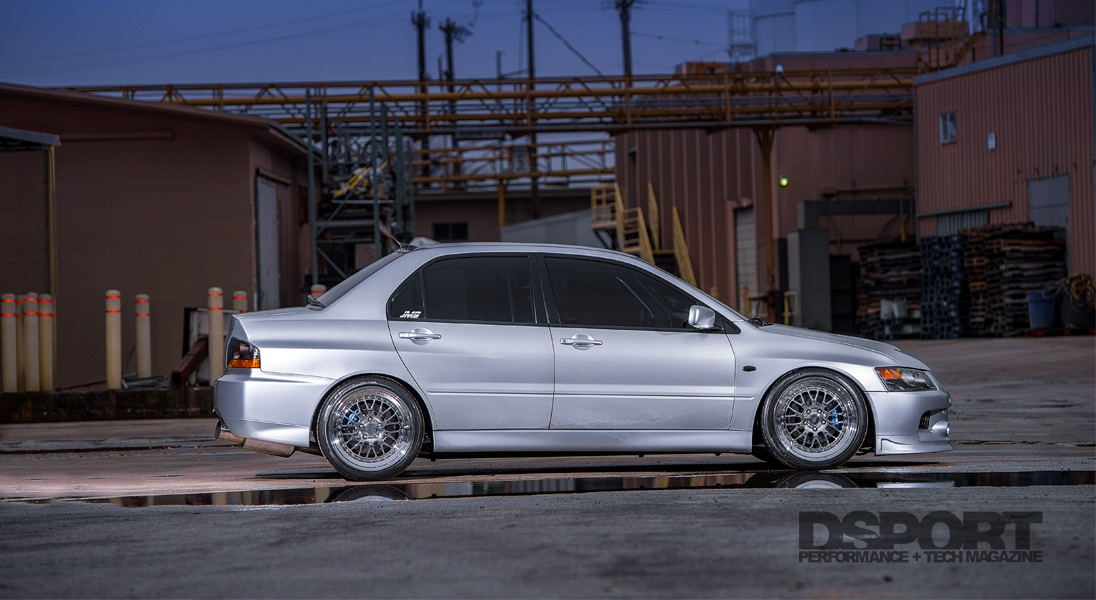 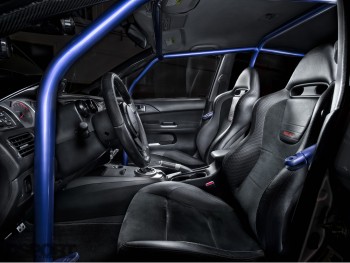 Tony offered to buy the EVO IX from Joachin who initially refused. He was the first owner of the car and it was his passion project. After a year of persistent inquiries, Joachin finally gave in, selling his EVO to Tony and Anthony. For anyone to be fixated on a specific build for so long rather than just building their own speaks volumes about the quality of the vehicle. What made this build so unforgettably special? Daily drivability and reliability, 992 horsepower, a 9.5-second quarter-mile time slip and a show quality finish. Subdued Appearance Outwardly, the EVO IX looks stock with the factory wing deleted from the trunk lid. A closer inspection will reveal the JDM EVO IX rear bumper, diffuser and taillights. Adjustable D2 coilover dampers lower the chassis over custom CCW LM20 wheels and Pirelli P-Zero tires. A set of Wilwood four-piston calipers replaced the factory Brembos up front, barely visible through the LM20’s spokes. Inside the cabin, a JMS Racing six-point cage with removable door beams forms a protective barrier around the occupants strapped in to the factory Recaro seats. An array of AEM Electronics along the A-pillar and on the column bezel relays engine vitals to the driver. 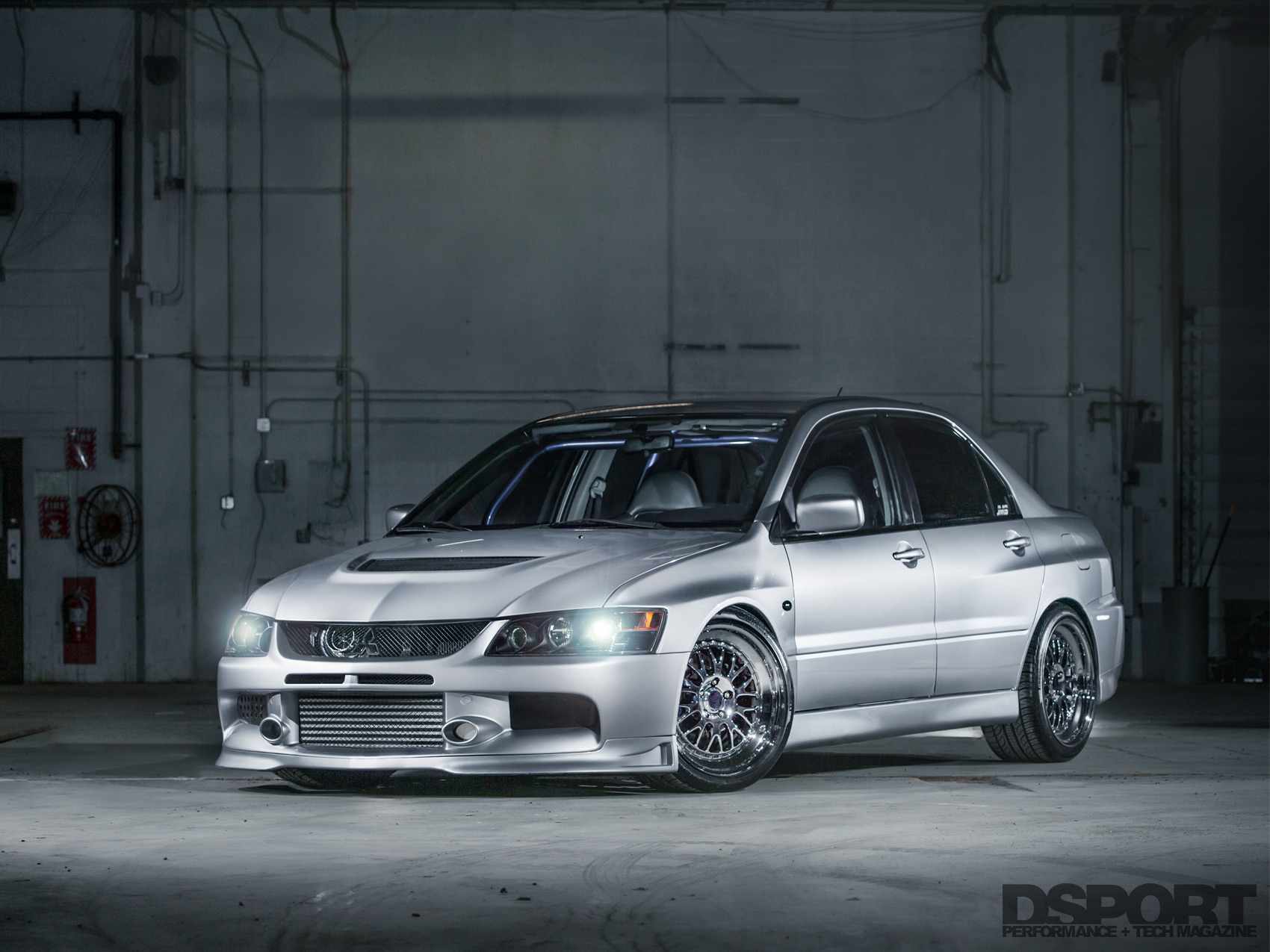 Looking at the interior and exterior prompts a look under the hood, which reveals a tidy, deliberate and monochromatic engine bay. Joaquin started the power upgrades by pulling the 4G63 engine and reworking the internals. The cylinder bores were increased by 1mm over stock while the factory stroke was maintained, modestly increasing the displacement to 2,045cc. Forged aluminum 10.0:1 compression JE Pistons fill the cylinders while JMS-spec aluminum connecting rods join the slugs to the crankshaft. To improve the volumetric efficiency of the engine, JMS Racing ported the cylinder head and cut the seats for the +1mm Supertech valves, valve springs and titanium retainers. To lift the valves and improve the airflow through the cylinders, a set of Cosworth M3 camshafts take their place atop the valvetrain. To complete the longblock assembly, a set of ARP CA625 head studs provides the clamping force to keep the head secured to the block.