The GT-R has proved itself to be one of the most capable platforms in the car scene. If you’ve ever been to The Shootout, GT-R World Cup, or TX2K, you’ve probably seen 2,500whp+ GT-R beating just about any car you put along their sides. On road courses, the GT-R holds records around the world as one of the quickest, best-handling platforms on the planet. However, every legend has a back story, and well before the R35 reached these great heights, the foundation was laid in 1969 with the first Skyline to have a GT-R badge. Jim Goritsas of RB Power Garage finished building the 1,100whp R32 GT-R once featured in DSPORT and decided to pay respect to its origins. Here’s how RB Power Garage acquired a 1972 Hakosuka and where they plan on taking it. 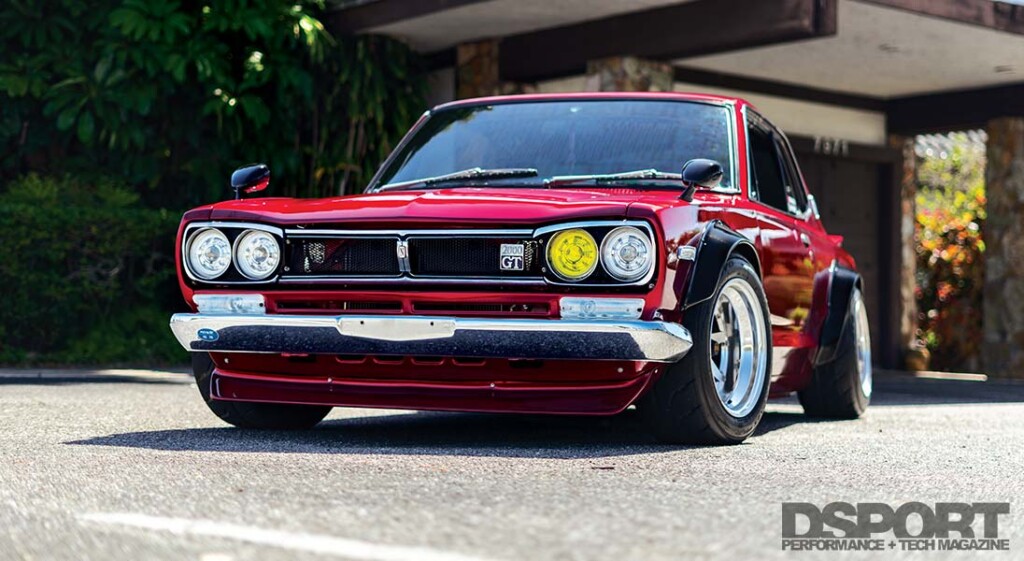 While the Skyline was around before, the GT-R badge didn’t make an appearance until 1968 at the Tokyo Motor Show. In 1969, the GT-R, nicknamed Hakosuka, was officially for sale as a four-door sedan. By 1971, the true era of the GT-R had begun when it became a two-door performer with a 2.0-liter inline 6-cylinder engine with advanced technology for the time that delivered 160 horsepower and 130 lb-ft of torque. Power was sent to the rear wheels through a 5-speed transmission. In the first three years, the GT-R won over 52 races, embedding its name in the history books and starting a tale of a legend. The original GT-R set the foundation perfectly for the R32 nicknamed Godzilla. Since Jim Goritsas built an insane R32 GT-R, he wanted to own his other dream car and pay tribute to the original GT-R.

Jim Goritsas has had the privilege of owning a few legendary vehicles in his lifetime, from American muscle cars to Japanese icons. However, his greatest achievement with RB Power Garage would be his 1,100whp R32 GT-R. Serving as the flagship of RB Power Garage, Jim continues to evolve and push that car. In 2020, he finally pulled the trigger on this 1972 Nissan Skyline, a car he’s had his eyes on for a very long time. “It has been a dream car of mine,” said Jim Goritsas. After owning the R31, R32, Supra, and an FD RX-7, the Hakosuka would be the one to turn it all upside down. “I immediately put my FD up for sale along with my R31 Skyline with no hesitation,” he said. “Owning one of these cars has only been a dream up until now, and I have no regrets about getting rid of my other cars to own this one.” After sacrificing cars most people would dream about in order to own a Hako, it was time to do something truly special with this one.

Once Jim bought his 1972 Skyline, it was time to set the plan and begin hacking away at the build. Upon acquiring the car, Jim found almost no flaws in it. “In my opinion, there is nothing to dislike about a 1972 Skyline,” he explained. “But I guess if I have to come up with an answer, I’d say it was the silver color.” With such a small thing to dislike, Jim wanted to build this car so he can just enjoy it, but the main plan would be to combine the classic essence of this legend with the capability and performance of the RB26 engine. Putting an RB26 engine in such a lightweight platform will take this car to completely new heights. Mix that with the fuel-injection, turbocharger, and technology, and the sky will be the limit for this Hakosuka. 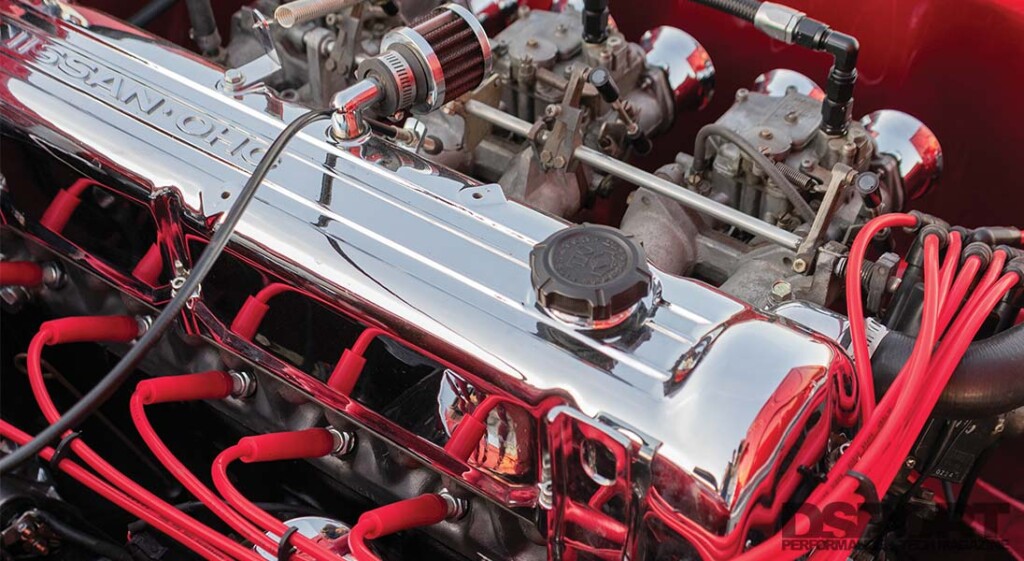 With the S20 engine becoming extremely difficult to find, Jim ran with the temporary L28 engine as a place holder. This would allow him to enjoy the car while getting the RB26 prepared to find its new home in this car’s engine compartment. The stock block was equipped with Stage 1 72-degree street cam and triple Mikuni 44mm carbs. An Edelbrock fuel pump increases the fuel flow, while a Koyo radiator keeps it cool under harsher driving conditions. The result was 175whp and 170 lb-ft of torque. As the car was getting stripped down for its paint, they discovered some issues on the body. While this was quite the setback, the issues were immediately addressed and the result was a 2021 Mazda Soul Red Crystal Metallic Pearl paint job.

Jim and RB Power Garage were able to create something special. With the Rocket Bunny flares, upgraded lights, and plans for a brighter future, this may just become one of the most capable Hakosuka once it’s all said and done. “The attention to details that has gone in the car, from wheels to the color to the custom gauges, the Rocket Bunny flares, Datsun racing seats, and complete shave and tuck of the engine bay, I believe this car truly stands out,” said Goritsas. With the car just recently finished, Jim was able to take it to two car shows where he ended up winning best of show in both. “I am proud of the work that was put into the engine bay and the Speedhut gauges and LED headlights. I also love the way the paint came out.” Jim has been fortunate enough to get all of the support he needed from his wife, Marina, who supported him so much that she became his official photographer. The support didn’t stop at his wife, Jim has also felt the support from his daughter, Aglaia, and his son Stergio, who runs RB Power Garage alongside Jim. If you think this car is good now, wait until Part 2 where we highlight what goes into putting an RB26 engine in a Hakosuka.