Considered by many to be the last of the great STIs, the 2007 Subaru WRX STI is becoming a collector’s item. After building its reputation as a rally-bred animal, the STI reached an iconic status as a performance car capable of competing against the very best. While the legendary EJ25 came with its list of issues, it is still used in the Subaru WRX STI today. As enthusiasts continue to make the very best of the EJ25, Shane Besharaty decided to build the perfect engine for his needs. The road to a complete build was no easy task, however. 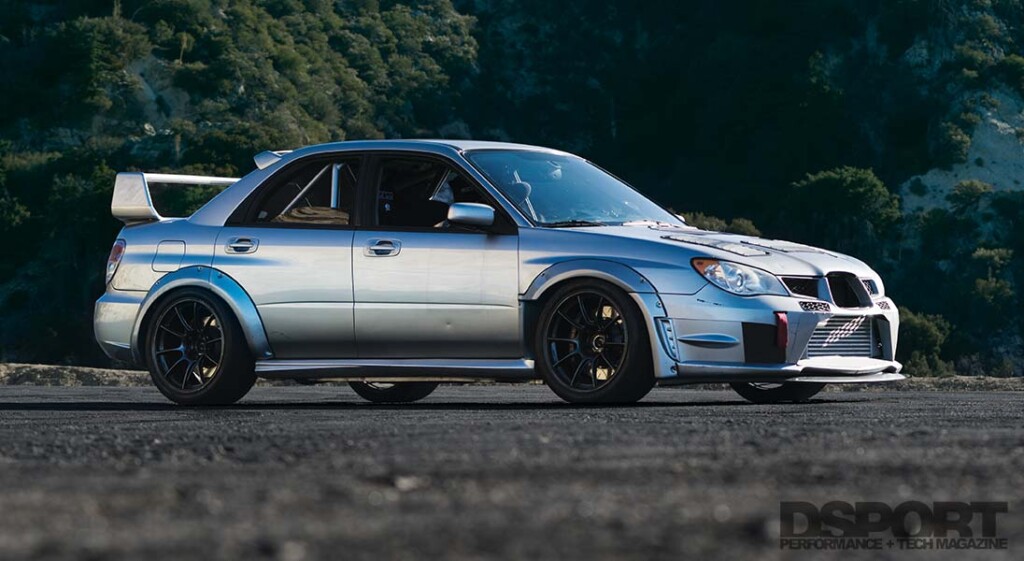 Well before Shane Besharaty ever owned his STI, he was a big fan of Subaru in the World Rally Championship. While on vacation in Washington state, his best friend’s brother let him drive his 2.5 RS through beautiful twisty roads in the woods. The short drive was everything he needed to bring his love for Subaru to life and make a decision to acquire his very own Subaru WRX STI. In 2012, Shane bought his 2007 STI in California to mark the beginning of the journey for this build. While he loved the Subaru WRX STI platform in its stock form, there was no way it will remain this way. It was time Shane planned the future of his car and how he will get the plan done. 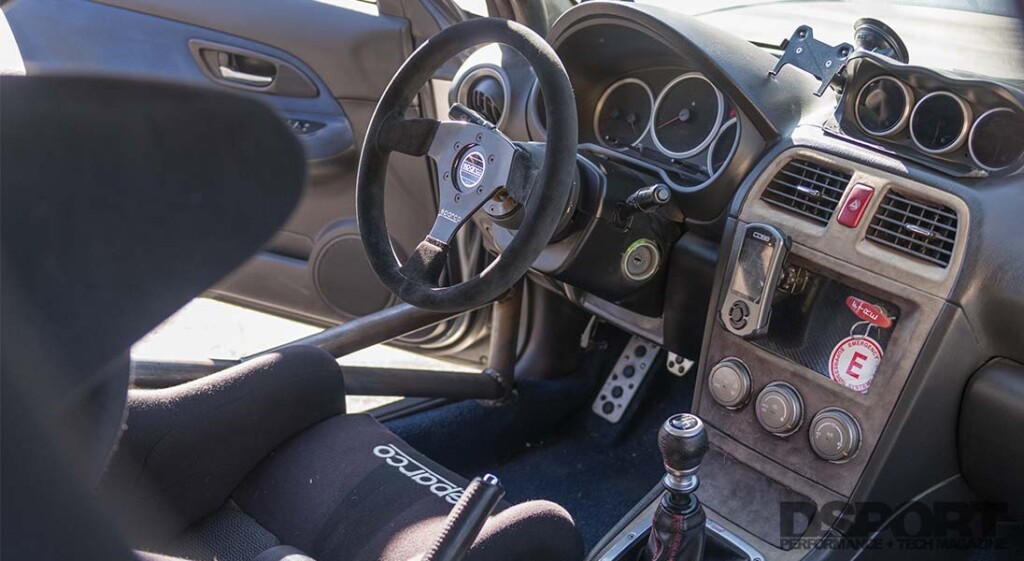 The interior features a Sparco Ergo II seat for the driver and a Sparco Circuit II for the passenger. Engine data can be monitored through Defi gauges. 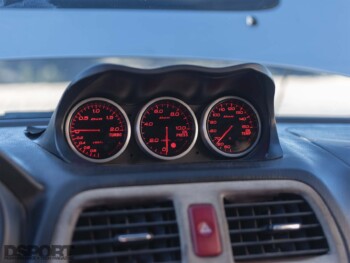 Upon buying the car, Shane had no real complaints. He loved the looks of the Hawkeye generation Subaru, the handling, and he was impressed with how quick it was. The original goal was to build a complete sleeper capable of making canyon runs fun on the weekend. Initially, a 400-425whp was the plan. “I never really had any thoughts of track use for a couple of years,” said Shane Besharaty. A couple of years went by, and Shane took his STI around the track. This completely changed his plans for the build. “I was hooked,” said Shane. “I found the original shop and tuner I was going to when I started tracking the car, but I had lots of bad luck when I first started tackling the track.” 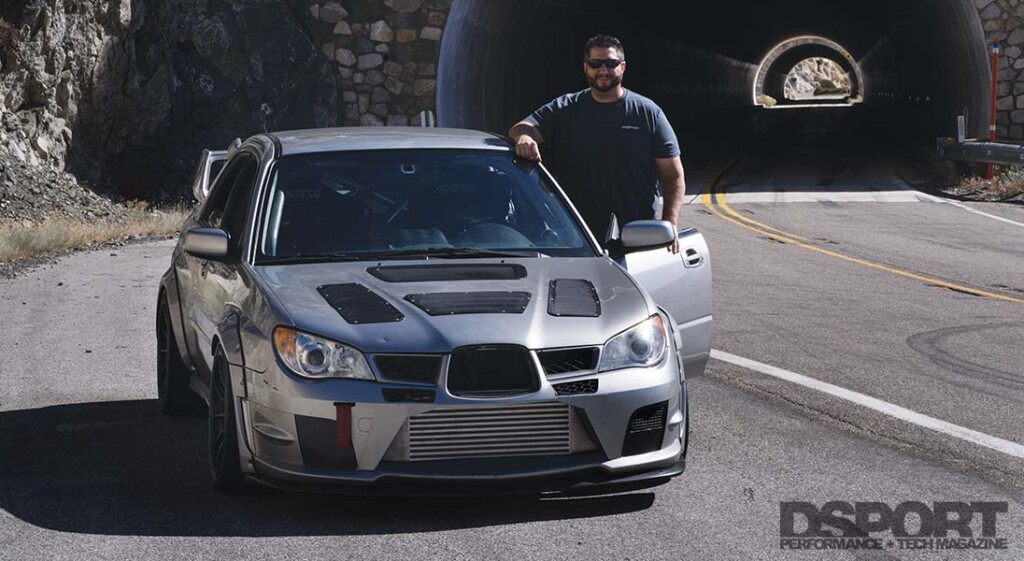 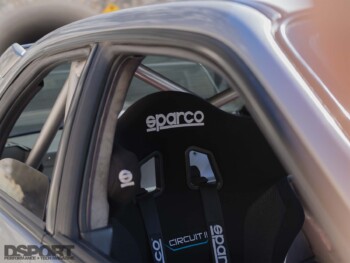 Shane was faced with some bad luck and unreliability issues once he started tracking his Hawkeye STI. He could never finish one track day without having some kind of breakdown. “The final straw was when I was on the track and I noticed the temps getting high,” said Shane. “So I pulled off and opened the hood, only to find out I had E85 dumping onto the motor because the mechanic ran my fuel line against my charge tube and it melted.” Unfortunately, the shop displayed poor taste in repair when they cut the rubber line and zip-tied it over the repaired line. This was the straw that broke the camel’s back. From there, Shane drove straight to the new shop that became the key factor in building the STI to where it is at today. 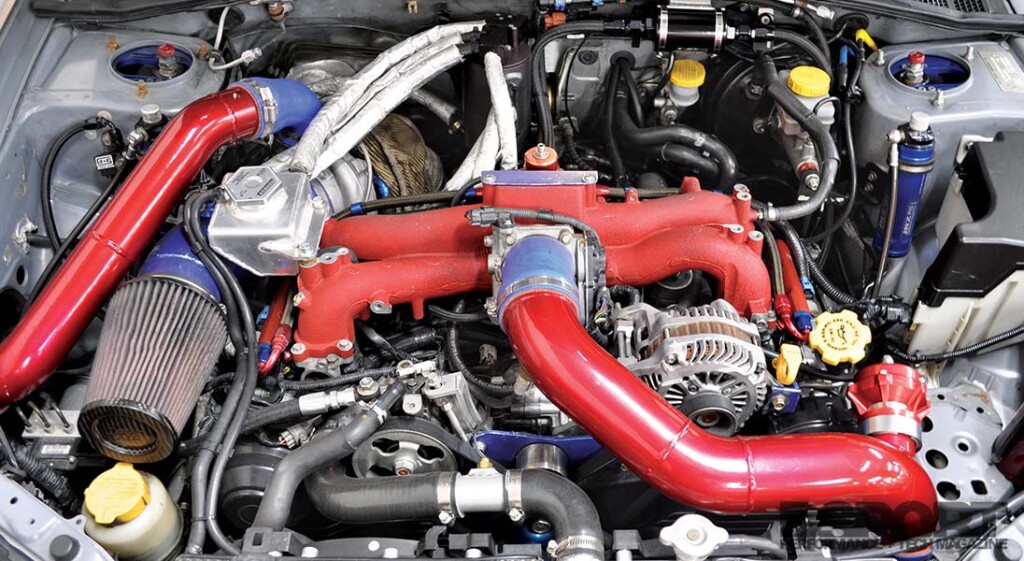 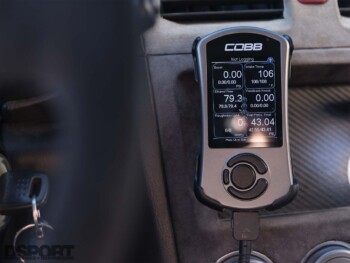 Using the stock bore and stroke, the team outfitted the EJ25 with quality internals, from JE Pistons and Manley Performance, to King Race Bearings and ARP head studs. The ECU is custom tuned through a Cobb Accessport. The team upgraded the factory turbocharger with a Garrett GT 3076X Gen 2 turbocharger. A Walbro 450 fuel pump provides enough fuel through Injector Dynamics 1,700cc injectors to match the larger turbocharger. The team addressed all of the loose ends, as well as paid special attention to the cooling and reliability upgrades. When everything was said and done, Shane’s Hawkeye put down 611whp at 6,683 RPM and 542 lb-ft of torque at 5,388 RPM. This was accomplished when running at 35 psi of boost on E85 fuel. With everything running right, it was time to put the Subaru to the test and see how the car will do.

After building the car the right way, it went on to win the Subie Challenge Championship in 2018. Its previous best time at Buttonwillow was 1:56.1 seconds; however, he hasn’t taken it there again since Renner Racing took over the build. Renner Racing Development took pride in this Subaru and they displayed it in their booth at Subiefest in 2018, then again in 2019. Shane went on to win every Subie Challenge event he has entered in his class, and he’s currently the first for this season. This was all accomplished without having a ton of experience behind the wheel, proving that a quality build can make or break you. 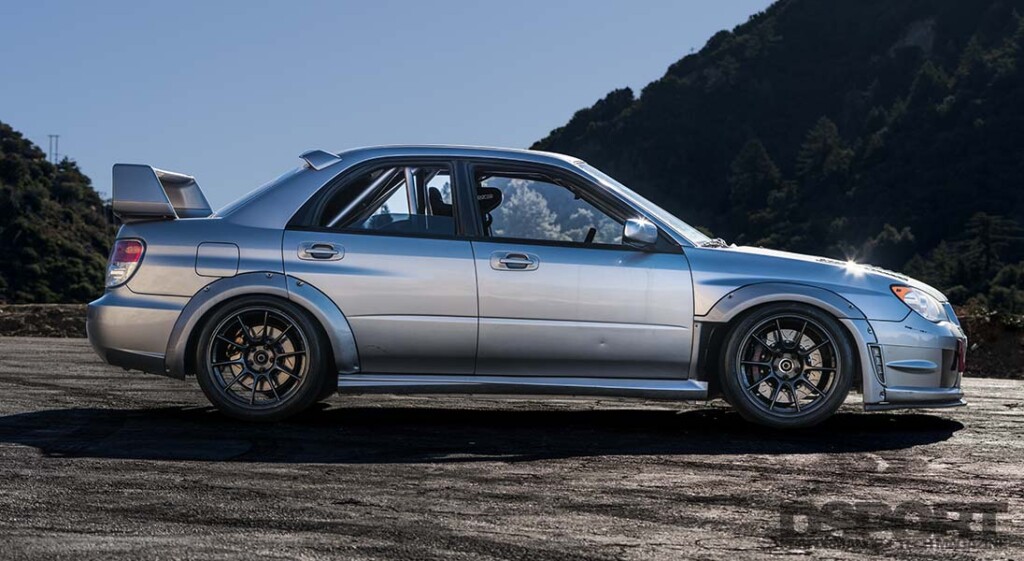 In the words of Shane, what makes this build unique is the collaborative use of quality parts. “More specifically, the JRZ coilovers, Brembo BBK, and Cusco differentials,” said Shane. “Also, the custom I/C piping with rotated intake manifold, a ton of steel braided lines with AN fittings, and more horsepower than your average Subaru WRX STI.” The future is still bright for this Hawkeye, with aero, a standalone ECU, drysump system, lightweight body panels, and a fuel cell to come. After battling through breakdowns on the track, fuel leaks, and unfinished track days, Shane was finally able to enjoy what every car enthusiast desires most: racing. While the Subaru is still an ongoing project, it’s a living proof that cutting corners during your car build will always result in cutting your track time short and cutting more checks to repair it.