The Mitsubishi Lancer Evolution community is strong. Visit The Shootout in Ohio every August, and you’ll see just how far enthusiasts have taken this platform. The all-wheel drive configuration and the turbocharged engine make it one of the more promising platforms in the import performance world. From Rally to the drag strip, the EVO proved to be a tough contender wherever you place it. Following the iconic 4G63 engine, the 4B11 had large shoes to fill. Up to the task, the 4B11 in the EVO X kept the reputation going strong and provided EVOs with high horsepower and impressive time slips. Albert has always been a fan of the Mitsubishi EVO and owned numerous ones. For this one, however, he wanted to go all out and push the stock block to its absolute limits. 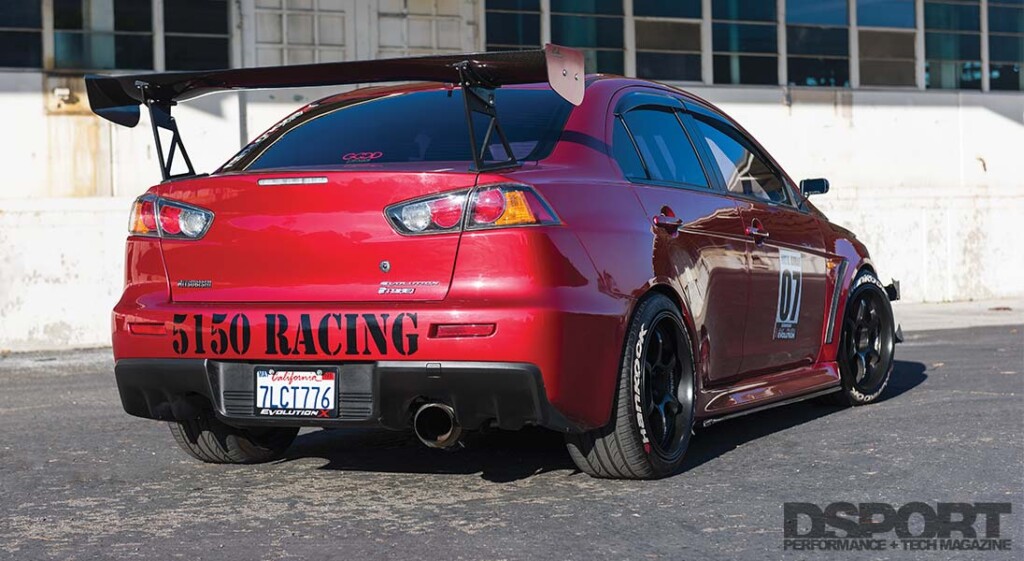 In 2014, Albert decided to purchase his third EVO to date. After owning an EVO X MR and a daily-driving EVO 8, he wanted to make this 2013 EVO X with the SSS Package in Rally Red GSR his. “The EVO X when it first came out was an amazing machine and a great platform to build upon,” said Albert. “It had much more reliability than the STI when it came to making power.” When Albert first got in the driver seat of an EVO X, he was hooked. From the stock power to the impressive handling, Albert knew he wanted to build one. This time, he wanted to see how far the 4B11 can go in stock form and be the record holder of the world’s most powerful stock block 4B11. 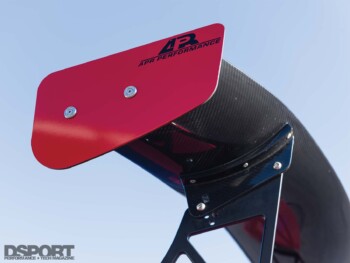 Albert took delivery of his EVO X and quickly started realizing what he needed to do. He quickly realized how quiet the car was. “I also very much disliked the rear spoiler being so low, because you really couldn’t see it unless you took the rear headrest out,” said Albert. Not too much to dislike, Albert loved the power in stock form. The stock exhaust was quickly replaced with a Tomei exhaust, and the small spoiler was replaced with an APR GTC 300. While Albert is busy building this EVO, he is also daily-driving a 450whp EVO 8. Before diving too deep into it, Albert wanted to set his goals and approach the project properly, with quality parts that can make this EVO X a true contender. 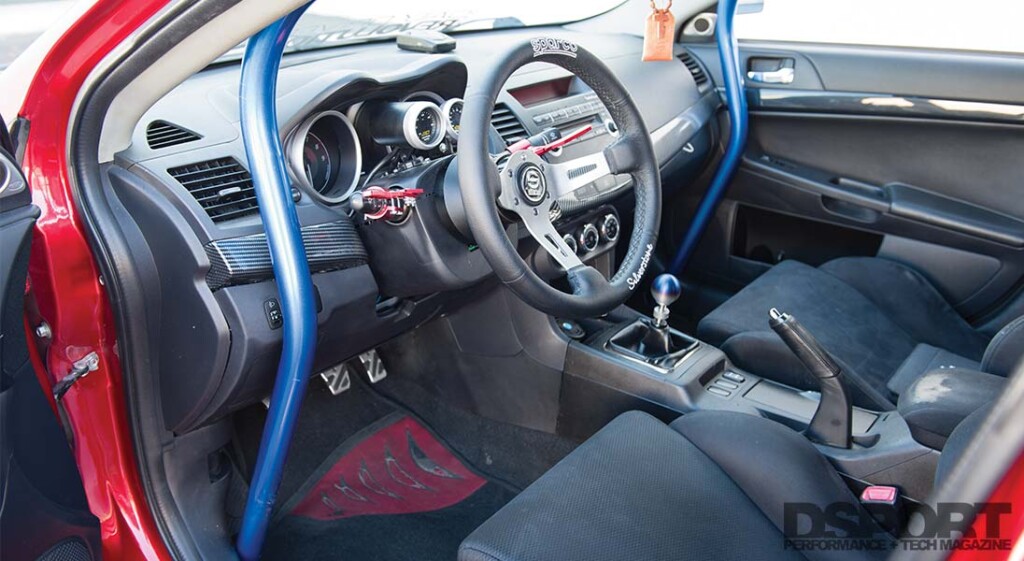 A Cusco 6-point roll cage wraps around the interior of the EVO, while BRIDE Low Max Gias II seats hold the driver and the passenger in place.

The original goal was to keep the EVO at around 450whp while sporting aggressive looks. Albert stayed at that goal for a while, rarely driving the car. “That’s why the car only has 42,000 miles on it,” said Albert. At the time, Albert was only driving it to car shows and track events. The plans changed when he started working at a Mitsubishi dealership. Being around these cars elevated Albert’s goals and changed his plans. The goal became to go quicker and quicker. Throughout the process, Albert changed his setups over and over until he found one that works for his new set goals, which pushes the stock block further than he can imagine. “I always knew which general direction to go on this build because I had EVOs before and had my father’s shop to do all the work,” said Albert. 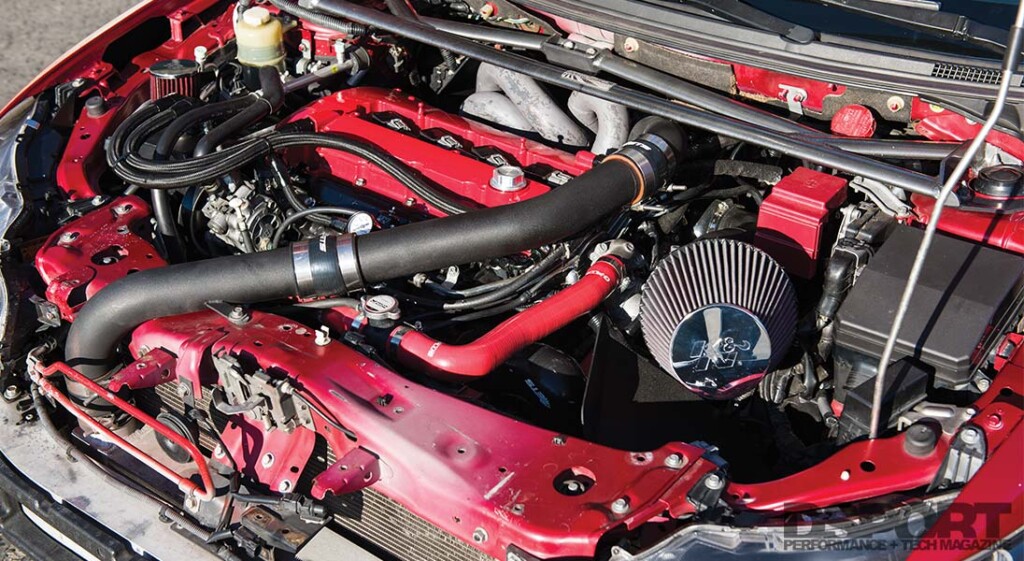 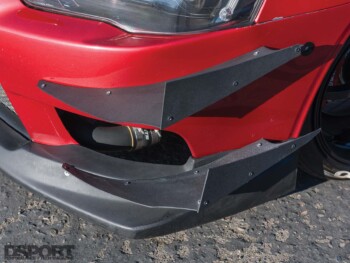 “My most favorite moment was when I received my new turbocharger this year,” said Albert. “I could not stop smiling when the EFR8374 turbocharger kit arrived.” With the new turbocharger setup, Albert installed an ETS intercooler to keep that charge air cool. Fuel pressure comes courtesy of the Walbro 525 pump that feeds Injector Dynamics 2,000cc injectors with E85 fuel/ethanol mixture. Together, the 4B11 engine delivers 704whp at 8,000 RPM and 492 lb-ft of torque at 6,400 RPM. “This was one of the greatest achievements during this build,” said Albert. “My EVO X is one of the very rare ones to ever see any numbers that high. The car is tuned by John from 5150 Racing.” The 704whp doesn’t just shine on the dyno, Albert put down a 1:53.59 lap at the Fontana Auto Club Speedway Roval.

“I would do this again in a heartbeat,” Albert reflected. With his love for working on cars, the EVO makes for the perfect platform for such work. The EVO X offers a huge variety of aftermarket parts, making it a great foundation for crazy builds. “If I was to do this again, I wouldn’t go as crazy on the looks, but more on the go-fast parts,” said Albert. The car has treated Albert right throughout his ownership. “One of my favorite modifications on the car is my current turbocharger setup,” said Albert. The turbocharger provides him with phenomenal spooling and takes the engine to a whole new level. 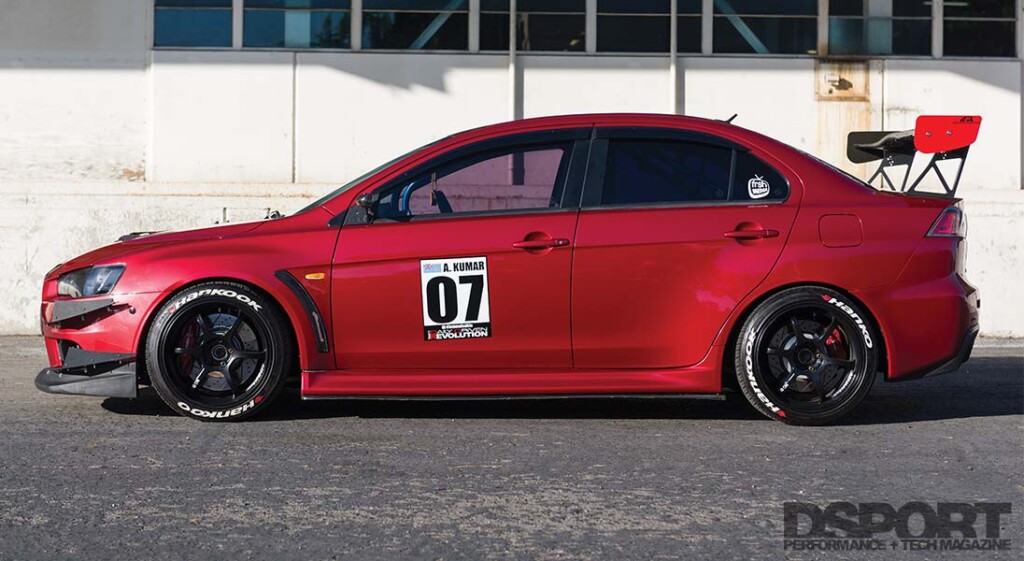 “My next plan for the car is a Varis front bumper with the diffuser,” said Albert. He also plans on going with a fully-built transmission and transfer case and see how much he can push the stock block. “My goal is to break the stock block record,” said Albert. With a fuel system in mind, Albert shouldn’t have any issues increasing his horsepower. The question remains: how far can he push it? The answer is, as far as it takes him. “I will never sell this car,” said Albert. “I built this car the way I wanted to and my favorite part about it was doing all of the work with my father.” Albert learned a lot throughout this build, none more important than spending the money for quality parts right from the start. While a built engine is in his future, it doesn’t seem like Albert will go that route until he finds out exactly what the limit of the stock block is and become the owner of the world’s quickest stock block 4B11 engine.