“The Replacement for displacement.” For the sport compact market, boost, RPM and nitrous-oxide systems have provided viable alternatives to increasing displacement. Technology allows today’s smaller engines to deliver a higher specific output than ever before. So what happens when these technologies are combined with more displacement? The best of both worlds.
Text and Photos by Richard Fong 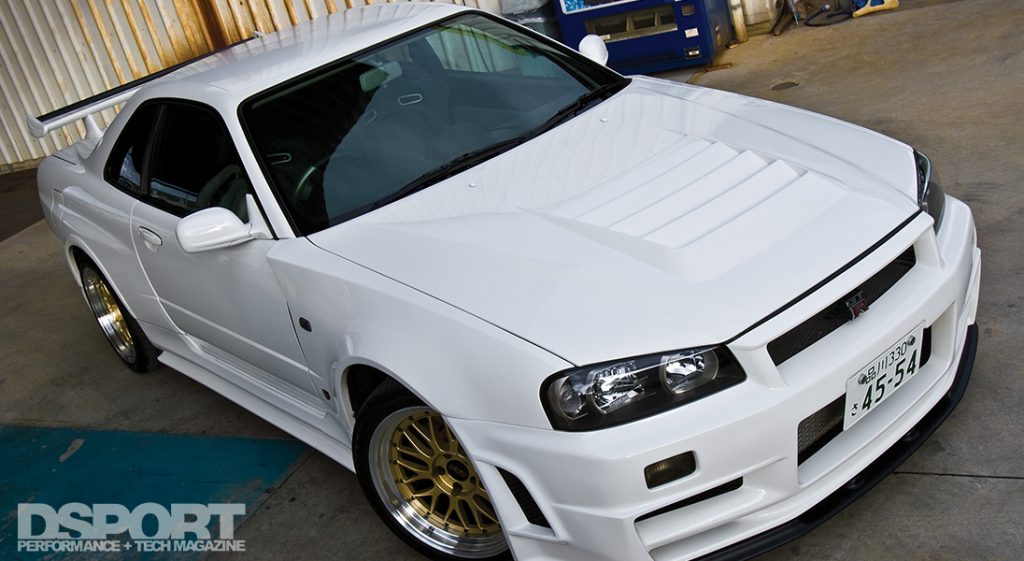 OS Giken has built some of the most competitive Nissan racing engines in the world. One such example is the OS Giken RB30 engine. Built from one of Nissan’s best “race-bred” engine designs, the RB26DETT, the OS Giken RB30 system brings torque to the performance equation. While the original 2.6-liter, twin-turbo RB26 has proven time and again that it is capable of producing incredible horsepower, it’s relatively small displacement results in a lack of adequate torque during non-boost operation. With the OS Giken RB30 system, off-boost torque is improved, turbo response time is reduced and cylinder pressures are reduced at the same power levels of the RB26. The end result is an engine that delivers improved response with the added reliability from reduced cylinder pressures. 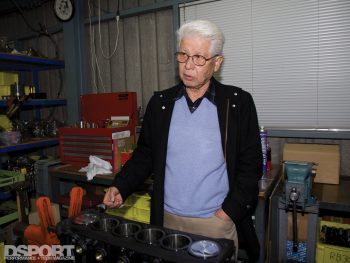 For many years the president of OS Giken, Masaharu Okazaki realized the potential in Nissan’s RB powerplant. To tap into that potential, OS Giken engineers developed a stroker kit that increases the displacement of the RB26 engine to 2,996cc or 3-liters. Dubbed the OS Giken RB30, this monster of an engine comes complete from OS Giken as a brand-new RB26 block with a deck plate and iron sleeves already installed to accommodate the 86mm billet-steel stroker crankshaft, steel connecting rods and forged-aluminum pistons. 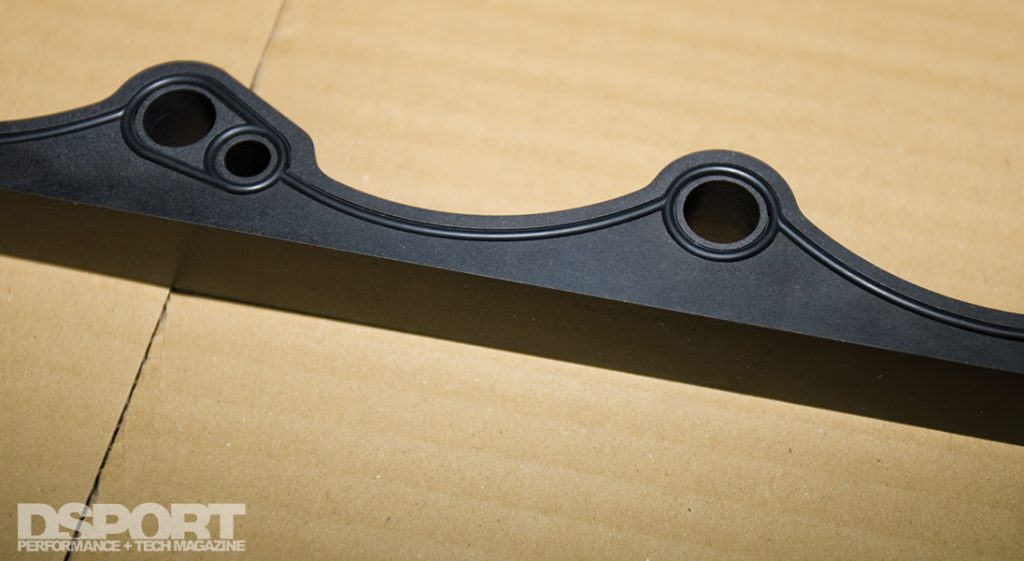 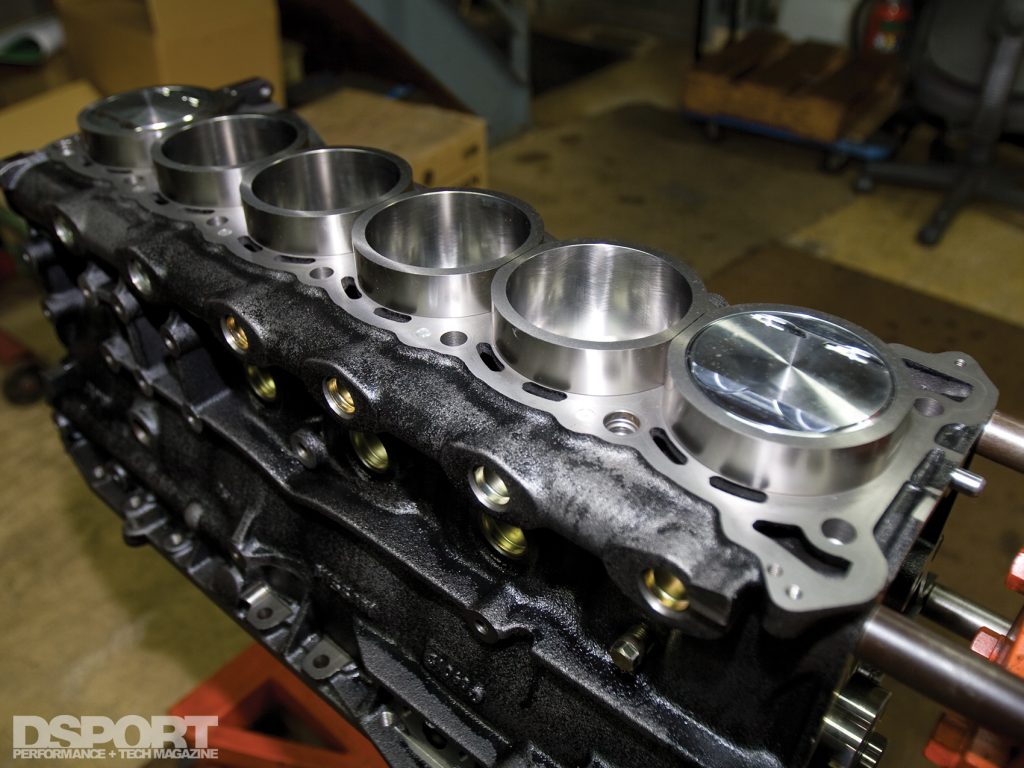 With the deck plate removed, it’s easy to see just how much deck height is added. This additional deck height is needed to accommodate the 12.3mm-longer-stroke crankshaft.

With the OS Giken-prepped shortblock in place, the high-flowing RB cylinder head was packed with TOMEI POWERED valves, springs and retainers before being mated to the block. OS Giken head studs secured the head to the block while an OS Giken 1.2mm head gasket provided a tight seal between the deck and the head. TOMEI POWERED 270-degree camshafts were degreed in the head to actuate the valvetrain and offer increased lift and duration over the factory bumpsticks. 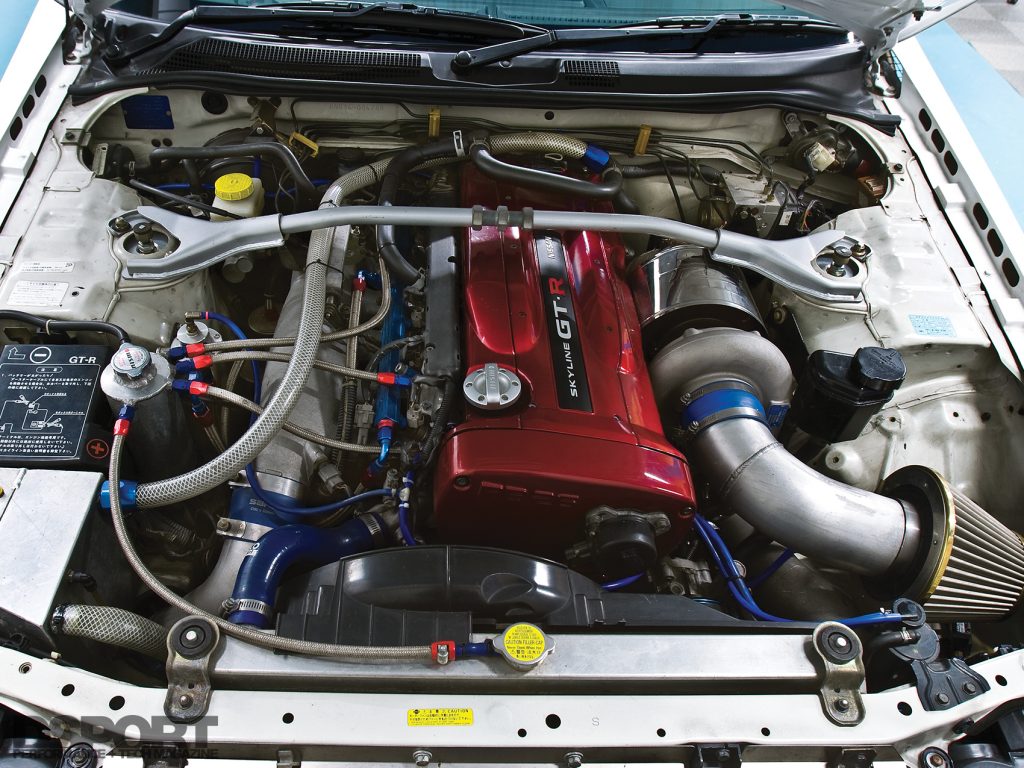 On the hot side of the head, exhaust gases leaving the engine flow through a GReddy stainless-steel manifold en route to the GReddy T88-34D turbocharger. The massive TD08 turbocharger features a divided inlet and an 18cm2 turbine housing. Capable of delivering over 28 psi of boost pressure, the T88-34D turbocharger was a good match for the RB30. From the turbine outlet, exhaust gases flow through a custom downpipe to the GReddy Turbo Ti-C exhaust system to the rear of the GT-R. 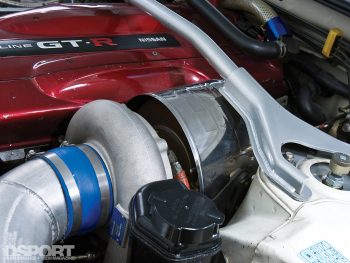 The T88 compressor forces incoming air through custom piping to the ARC front-mount intercooler. Once heat is rejected at the intercooler, the freshly chilled air flows through aluminum intercooler piping to the RB’s intake plenum. The intake plenum distributes the charge to the individual throttle bodies, which regulate the volume of the incoming air. SARD 1,000 cc/min fuel injectors spray 100-octane premium pump gas into the air stream on the way to the combustion chamber. Once the air and fuel reach the combustion chamber, NGK Racing spark plugs ignite the mixture. HKS’ F-CON V Pro engine management system dictates the fuel delivery and ignition timing, while GReddy’s PRofec-B electronic boost control limits boost to a maximum pressure of 28 psi. At peak boost pressure, the RB30 generates an incredible 886 horsepower and 687 lb-ft of torque. 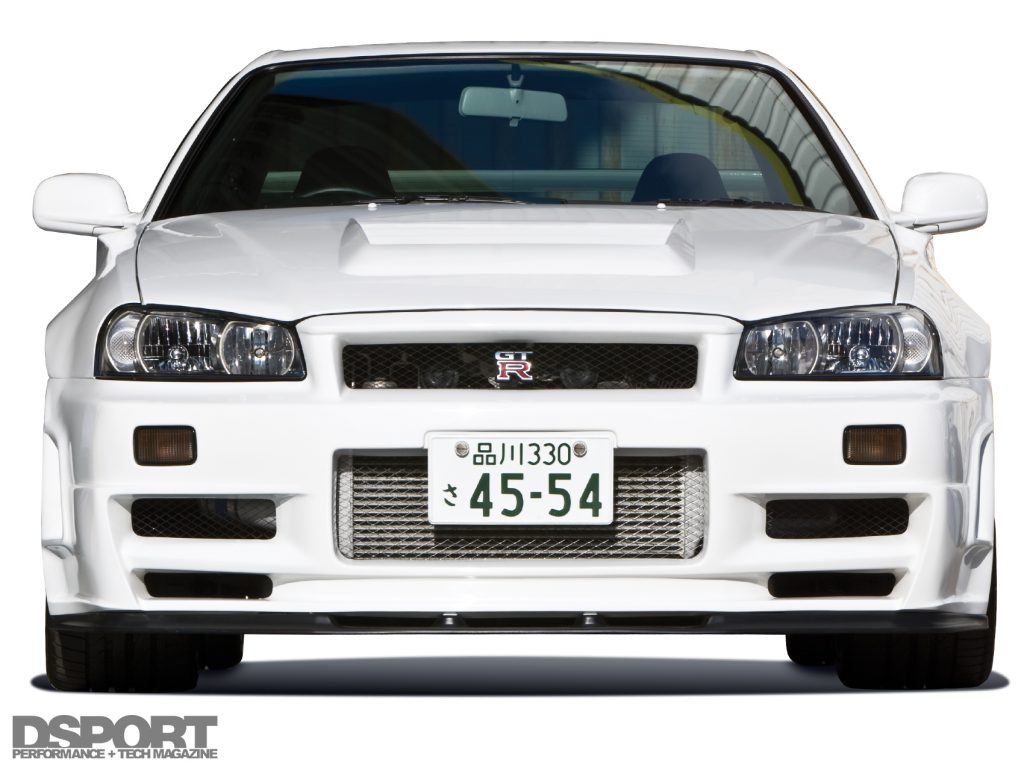 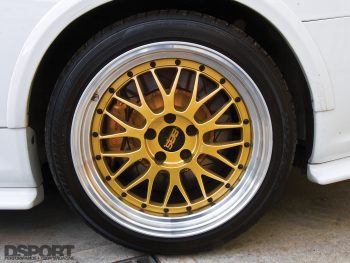 The RB30 crankshaft has an OS Giken exclusive bolt pattern that requires the use of OS Giken’s R3C triple-plate racing clutch. With the clutch in place, the factory Getrag 6-speed transmission could be reinstalled. To best benefit from the incredible horsepower now on tap, upgrading the suspension became a priority. A set of Bilstein adjustable coilovers with 10 kgf/mm springs up front and 8 kgf/mm springs in the rear takes the place of the stock dampers and springs. The 12-way dampening, independent spring preload and independent ride-height adjustment give the GT-R improved road feel and a lower center of gravity. To further improve the GT-R’s road manners, lightweight BBS LM wheels with Bridgestone Potenza RE050 rubber fill the wheel wells. The 275/35R18 tires improve adhesion for better traction on and off the throttle. When off the throttle and on the brakes, stopping nearly two tons becomes an arduous task. Brembo 8-piston calipers clamp down on larger rotors up front, while 2-piston Brembo calipers handle braking duty in the rear. Stainless-steel braided brake lines improve brake response and pedal feel.

The interior of this GT-R remains largely unchanged. The HKS F-CON V Pro engine management is mounted to the bottom of the glove box, while the GReddy PRofec B boost controller is hidden away neatly out of sight. In the dash, a white-faced NISMO gauge cluster takes the place of the factory unit. On the outside, the light and strong NISMO Z-Tuned dry carbon-fiber fenders and hood replace the factory steel counterparts. 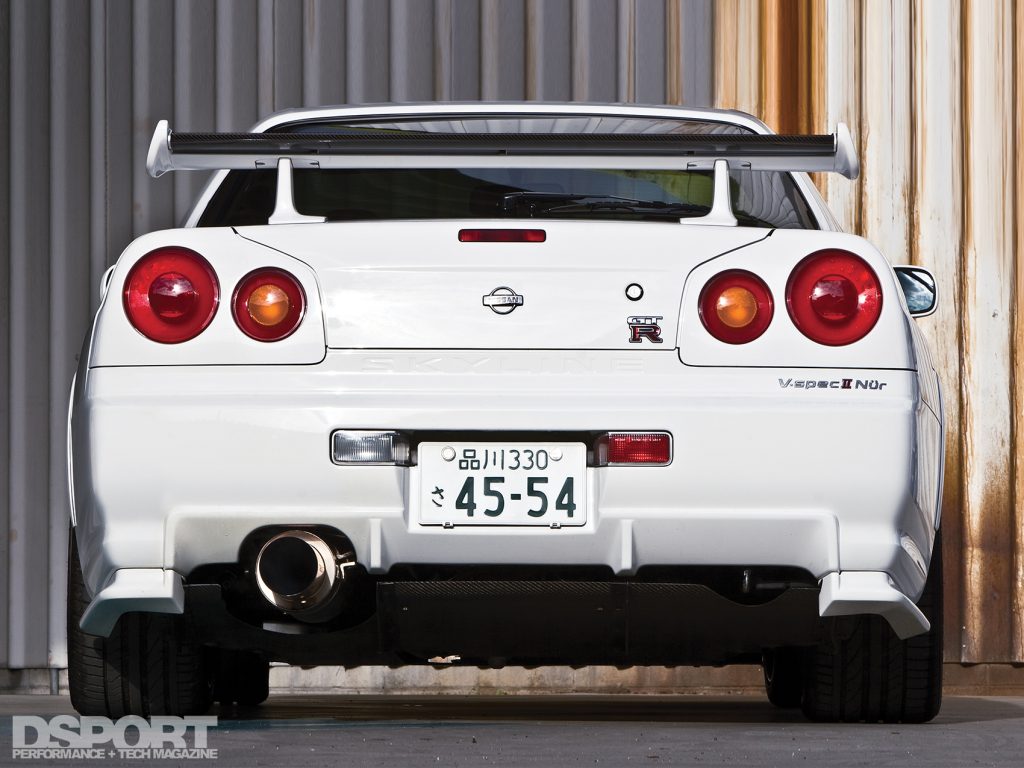 Monster On The Loose

OS Giken put this GT-R to the test on an open stretch of deserted road. The owner of the GT-R had an undeniable grin of satisfaction when he blasted down that stretch of road at 300 KPH (186 MPH). He noted that some additional aero tuning would be in order to improve stability at these speeds but that plenty of power was on tap. In the meantime, occasional sightings of this monstrous machine have already been reported in the Okayama Prefecture. Few, if any, street cars in Japan will be able to stop this monster.