You are at:Home»The Cars»Features»SR-Powered AE86 Makes An Impact In Formula Drift’s Arena

The banked turn that seemed a fair distance away closes rapidly as the engine roars to redline. In an instant, a clutch kick, yank of the hand brake and full lock counter steer makes the bank viewable through the side window instead of the windshield. Today, a lack of restrictions in professional drifting allow big-dollar teams to build big-dollar, exotic platforms. For those that love the underdog, this KAAZ-built AE86 was the perfect candidate.

The iconic drift platforms is the Toyota Corolla AE86. Often referred to as the “hachiroku” (“8-6” in Japanese), the AE86 has earned recognition on the mountain passes of Japan as an excellent drift platform. Despite its anemic factory horsepower, the AE86 offered a well-balanced and lightweight chassis. While the naturally-aspirated Toyota 4A-GE engine was simply not engineered to produce big tire smoke, the Corolla’s rear-wheel drive layout, easy-to-slide chassis and low cost made it popular among drifting’s pioneers. Today, the AE86 has a cult following with enthusiasts paying insane amounts of money for clean examples.

Driveline specialist KAAZ USA has always had a passion for the underdog Corolla. KAAZ has competed with an AE86 chassis for several years in Formula Drift competition. When a friend in Arizona offered a neglected AE86 shell, KAAZ was on the road before the phone call even ended. The neglected chassis was covered with dirt, webs and spiders. Upon close inspection, the body and frame were straight. With the Formula Drift 2010 season opener in Long Beach only three and a half weeks away, the team had little time to whip the Corolla into shape. Keeping the build simple and straightforward, using bolt-on parts and tons of overtime labor proved an effective solution. 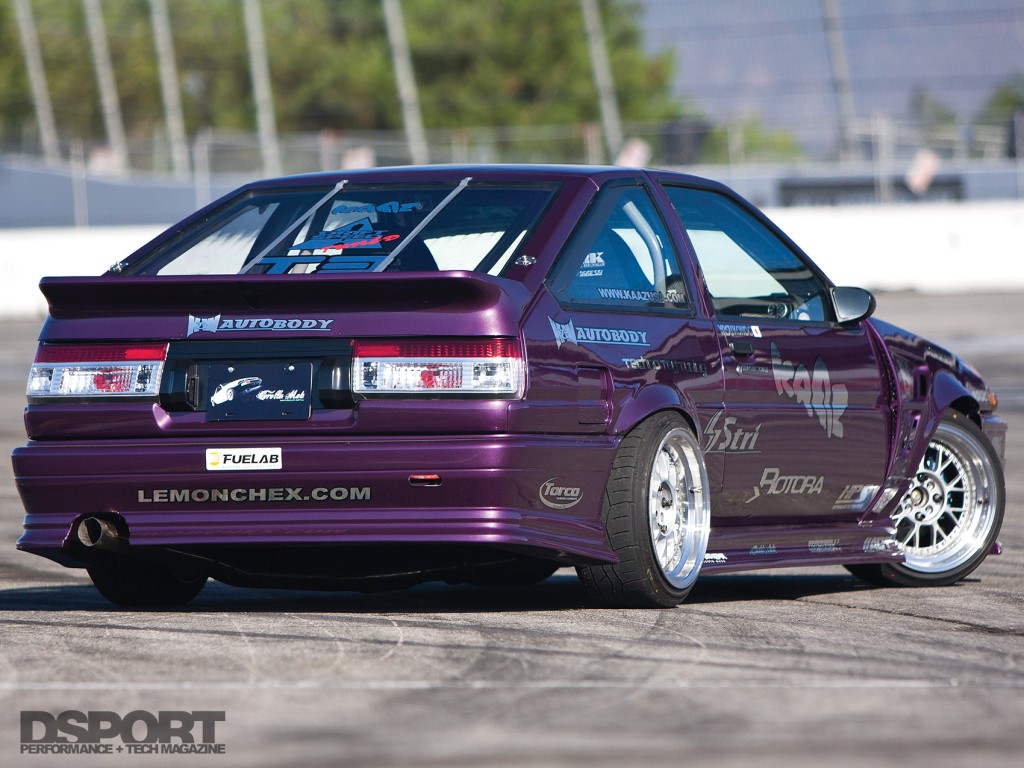 The Cleanest Corolla In Drifting?

The chassis was stripped down to remove every ounce of extraneous weight before a custom 8-point cage by Amerikajin Fabrication reinforced the frame and created a protective barrier for driver Yasu Kondo. The chassis was also converted to right-hand drive to suit Kondo’s preference. A complete DMAX wide-body aero kit, vented hood and taillights enhanced the exterior appearance, as a FRP hatch lid with a Lexan window helped to further lighten up the shell. The body then went to K&W Autobody to receive a few coats of custom “Barney” metallic purple pigment. 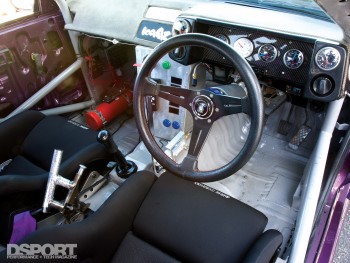 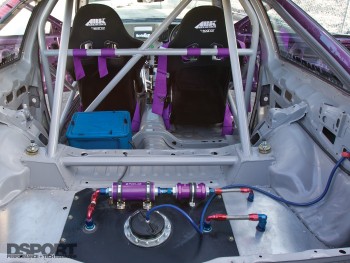 Once back from the paint shop, work continued inside the cabin. Since the wiring in the car had been weather beaten by the unforgiving Arizona heat, it was scrapped in favor of a custom-blueprinted wiring harness and fuse box that ensures easy diagnosis in case of a failure at the track (Formula D only allows a 5 minute time out for diagnosis or else the competitor is disqualified). A sheetmetal center console houses the switchgear along with the A’PEXi Power FC Commander. Within easy reach of the driver, a CNC billet-aluminum hydraulic hand brake with a tall hand-brake lever sits beside the driver’s left leg. A pair of ARK Design race buckets position the occupants within the latticework of the cage while Crow Enterprizes 5-point harnesses secure the occupants. 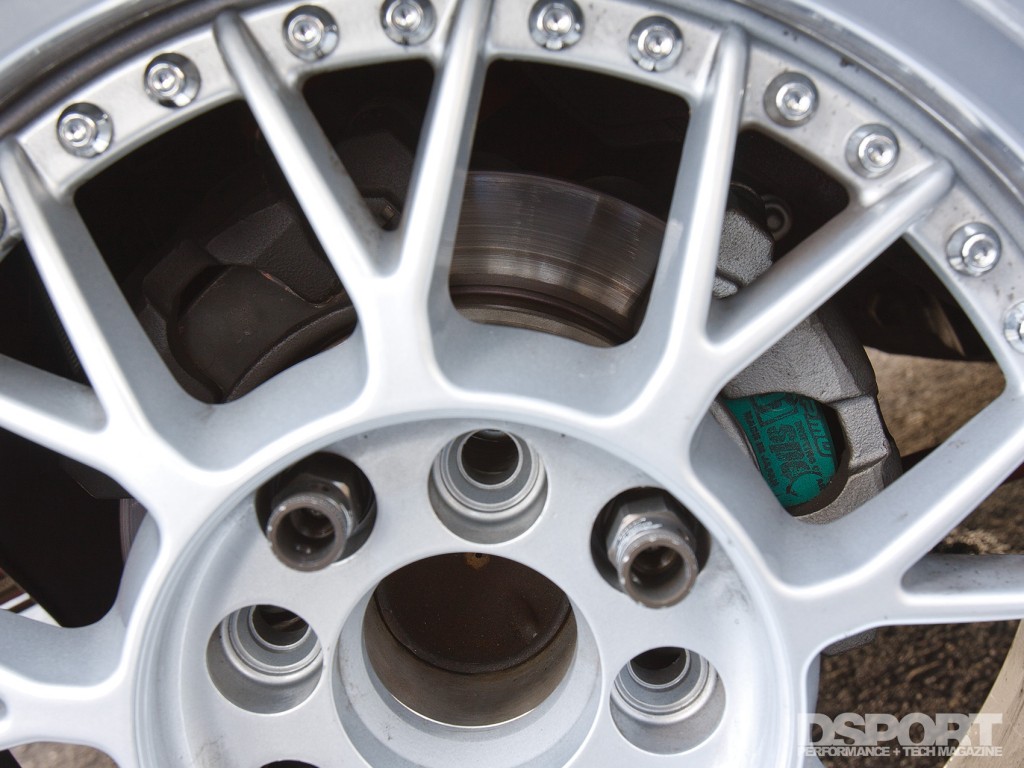