You are at:Home»The Tech»Education»Braking 101: The System, Physics and Science of the Motion Management

Braking 101: The System, Physics and Science of the Motion Management

For a car to be of use, it must be able to start, steer and stop. The purpose of an automotive braking system is to allow the driver to be able to decelerate or slow the vehicle as they see fit. Road conditions, speed limits and obstructions make the braking system a required reality on any vehicle.

All modern automotive performance braking systems consist of a pedal, power-brake assist booster, master cylinder, brake lines, a proportioning valve, calipers, pads, rotors and hydraulic brake fluid. The pedal is the input device that is usually assisted by the brake booster to trigger the master cylinder to increase the line pressure throughout the hydraulic lines of the brake system. Some type of proportioning valve controls the pressure between the front and rear brake systems. At each of the wheels, a hydraulic caliper houses brake pads that squeeze the rotor when line pressure is increased.

Energy cannot be created or destroyed. It can only change form. In the case of an automotive braking system, the brakes provide a conversion from motion (kinetic energy) into heat (thermal energy). Understanding kinetic energy and how it relates to the weight of the vehicle and its speed is paramount to understanding the amount of work that’s required to convert this energy into heat to bring a vehicle to a stop.

Taking a look at this equation, it’s easy to see that both the vehicle’s mass and its velocity factor into the amount of kinetic energy that it possesses at any one time. Noticing that mass is directly proportional to kinetic energy, increasing the mass by any percentage results in an identical increase to the kinetic energy. Likewise, the process of reducing the mass by a certain percentage results in an identical decrease in kinetic energy. Thus, heavy cars carry more kinetic energy than lighter cars at the same velocities. As you may have already guessed, heavier cars need a more serious braking system than a lighter vehicle going the same speed. However, this doesn’t mean that lightweight cars can’t benefit from an improved braking system. A Champ car weighs 1,565 pounds, generates about 750 horsepower and approaches speeds in excess of 240 MPH. It has 12.9-inch steel rotors at all four corners and can stop from 60 MPH in about 100 feet. As we said before, the velocity of the vehicle plays an even more significant role than weight in determining the overall kinetic energy. A 1,565 pound Champ car at 240 MPH carries the same amount of energy as a 3,500 pound streetcar at 160 MPH. The faster you go, the more energy that you have to convert into heat to come to a stop.

Friction allows your brake pads to turn the kinetic energy obtained by traveling at speed into heat. When the “brakes” are applied, the pads squeeze the rotor and heat is generated as the rotor and the vehicle are brought to a halt.

Every single component in the braking system must be working properly for the system to function as designed. The master cylinder converts the mechanical input from the brake pedal into a hydraulic pressure increase in the brake lines. In some cases, a master cylinder with a larger diameter piston may be available. Using a larger-diameter- piston master cylinder will result in quicker increases in line pressure with respect to pedal input. Thus, going to a larger-diameter-piston master cylinder means that you will not have to push the pedal as far to get the braking you desire. Consequently, there is a tradeoff as pedal effort will be increased. However, the power brake assists that are employed on most vehicles will make this additional effort barely noticeable. 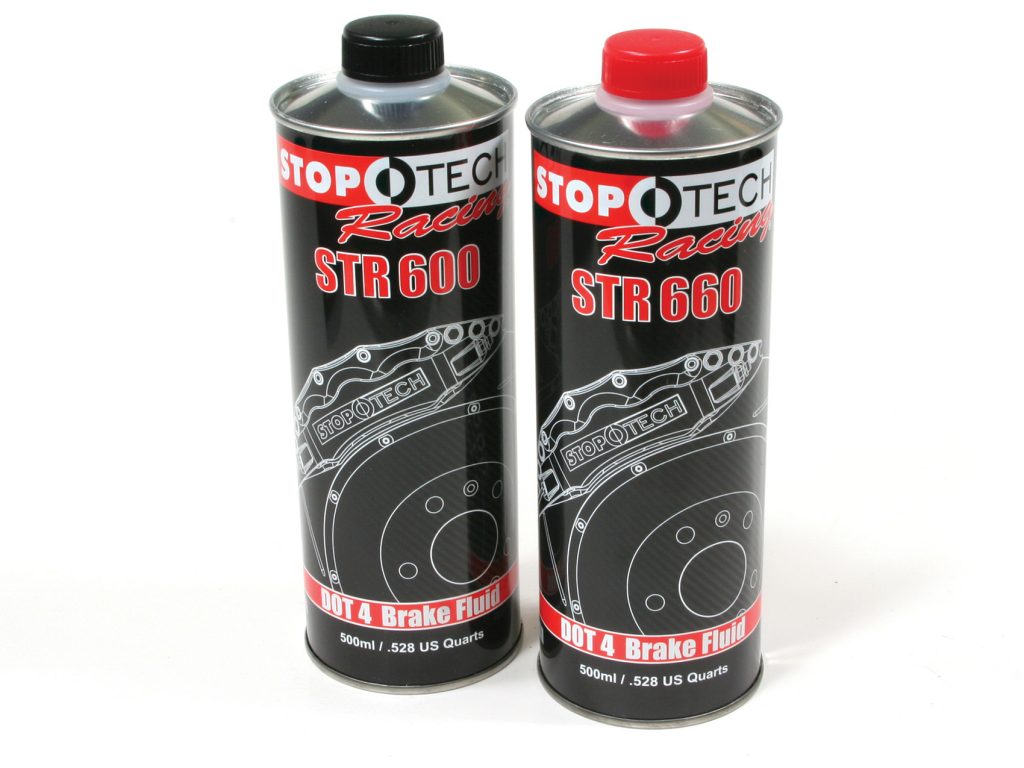 The quality of the hydraulic fluid used can also affect the overall performance of the braking system. In general, high-performance brake fluid has increased boiling temperatures and improved corrosion resistance. As mentioned, brakes work by turning kinetic energy into heat (thermal energy). Incidentally, some of that heat from a stop will get transferred to the brake fluid. If your fluid boils over, vapor lock can occur and your braking system will lose its effectiveness. In these cases, the ability to stop the vehicle will diminish and the pedal will respond to input like a sponge. 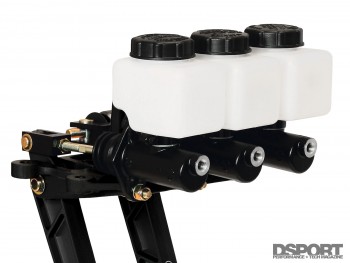 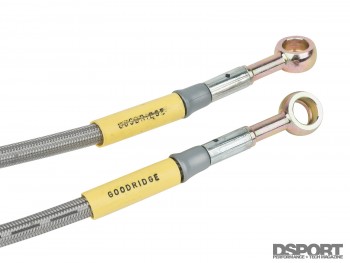 With a properly-sized master cylinder, a functional brake booster and high-performance brake fluid in place, the next critical links are the brake lines. Rigid metal lines make up the majority of the brake line plumbing. At some point close to each wheel, the hard lines transition to flexible lines. OEMs generally equip vehicles with woven polymer brake lines, often called “rubber” brake lines. The hot ticket is to upgrade the factory “rubber” lines with Teflon-lined, steel-braided high-performance replacements. These aftermarket lines are more resistant to expansion when under pressure. As a result, the installation of these lines will generally result in a firmer pedal that requires less travel for the full braking effect. If you don’t have a set on your car yet, get a set and put them on the next time you do a brake job.