This is the all-new 2016 Honda Civic Coupe – Honda’s first ever turbocharged coupe. 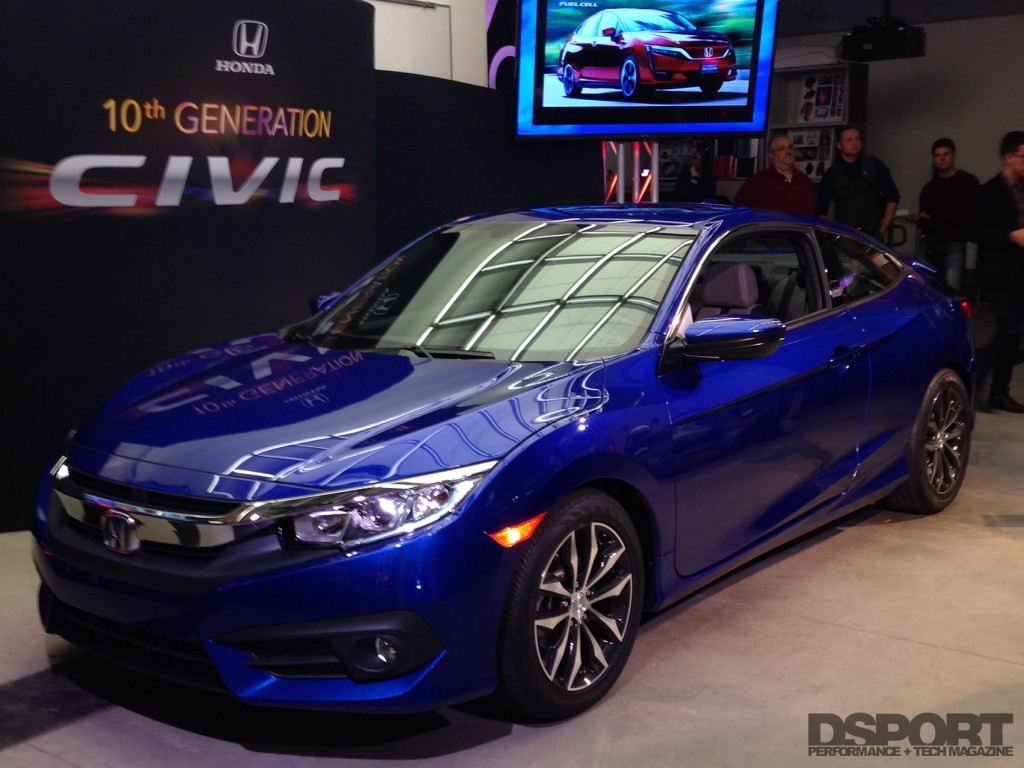 At the heart of the new 10th generation Civic is a 1.5-liter direct injection turbocharged engine that produces 174hp 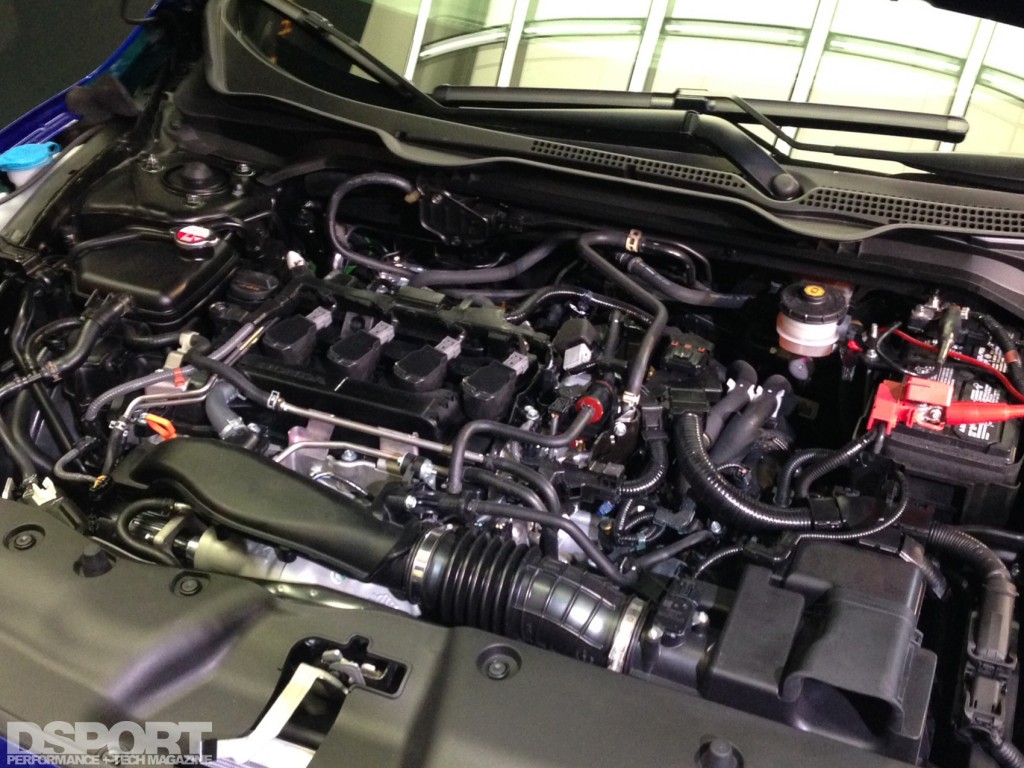 TORRANCE, Calif., November 17, 2015 – The newest member of the completely reengineered and reimagined 10th-generation Civic lineup – the 2016 Honda Civic Coupe – will make its first public appearance at the 2015 Los Angeles Auto Show. Launching in March, the 2016 Honda Civic Coupe delivers an even sportier and emotional take on the new Civic design while benefitting from the multitude of upgrades to the 10th-generation Civic lineup, including a sophisticated and sporty new chassis, a more spacious and quieter cabin, class-leading fuel-economy ratings and targeted top-in-class crash safety ratings.

The new 2016 Honda Civic Coupe, like its sedan counterpart, will feature two advanced new engines, including the first-ever turbo engine for the Coupe, delivering more power, performance and fuel efficiency. All new Civic Coupes, from the well-equipped LX to the new, line-topping Touring trim, also receive significant upgrades to interior style, with soft-touch materials and high-grade finishes, along with a bevy of new standard and available features, including the Honda Sensing™ suite of safety and driver-assistive technologies as well as both Apple CarPlay® and Android Auto™.

“We continue on our epic 10th-generation Civic journey with the sportiest, most sophisticated and tech-savvy Civic Coupe yet,” said Jeff Conrad, senior vice president of American Honda Motor Co., Inc. and general manager of the Honda Division. “I think our customers are going to be utterly surprised by what this new Coupe delivers in terms of refinement, safety, efficiency and fun-to-drive performance.”

The 2016 Civic Coupe is the second in a series of new 10th-generation Civic models that Honda is launching over the course of the next 18 months, including the Civic Sedan, Civic Coupe, the first-ever Civic 5-door hatchback for the U.S. market, Civic Si performance variants and for the first time in the U.S., the radical new Civic Type-R.

From the A-pillars rearward, the Coupe features unique exterior styling with a lower and more steeply raked roofline, nearly 1 inch lower than the Sedan, and more compact proportions, with the rear overhang and overall length shortened by 5.5 inches. The new Coupe also features an exclusive rear taillight design that carries the arch of the distinctive C-shaped LED taillights across the full length of the rear deck lid.

The 2016 Honda Civic Coupe’s sportier design does not come at the expense of passenger comfort, as interior space grows by 8.4 cubic feet and rear seat legroom is increased by more than 5 inches, compared to the outgoing Coupe model. The new Civic Coupe interior strikes a more premium tone with high-quality materials and high-contrast finishes. These include a new one-piece, soft-touch instrument panel with molded stitching; more premium seat fabrics; a new full-color TFT center meter (EX and above trims); door inserts with real stitching; an LED shift indicator and LED overhead lighting; and for EX and higher trims, a leather shift lever boot.

The new Civic Coupe delivers the latest in audio and connected-car technology, including more powerful audio systems; an available new Android OS-based, 7-inch Display Audio touch screen interface; a bevy of streaming audio options such as Pandora®, SiriusXM® and HD Radio™; and for trims with Display Audio, full compatibility with both Android Auto™ and Apple CarPlay® platforms. The Civic Coupe highest trims will also feature a new Honda Satellite-Linked Navigation System™ developed in cooperation with the experts at Garmin.

Honda offers a complete lineup of Honda cars, trucks and service with a network of more than 1,000 Honda dealerships within the United States. Eight Honda auto plants in North America, including four in the U.S., have the capacity to produce 1.92 million automobiles each year. In 2014, more than 97 percent of the Honda and Acura automobiles sold in the U.S. were produced in North America using domestic and globally sourced parts.