Fans of the R35 GT-R can expect the best version of Nissan’s halo car for the 2020 model. The Nissan R35 GT-R NISMO received some upgrades that will complement its driving capabilities on the track and push the supercar-killer further into superstardom. While the R35 didn’t get a complete makeover, the NISMO version will make you want one of your own – guaranteed. 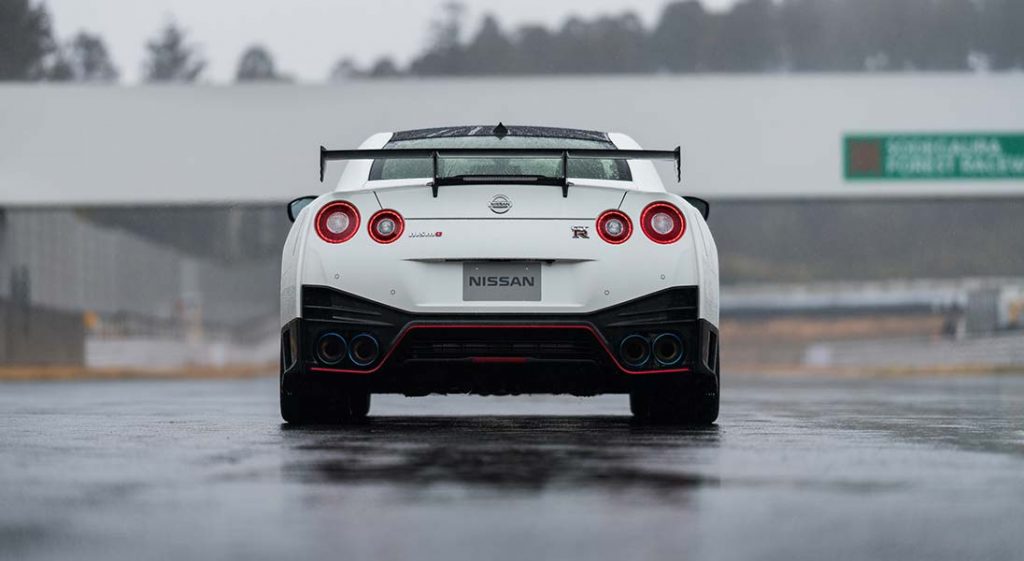 “The 2020 GT-R NISMO has evolved into a balanced, yet extreme, performance car,” said Hiroshi Tamura, chief product specialist for the GT-R. “Pursuing driving pleasure is the most important concept behind GT-R, and the new NISMO’s performance suggest it is a car that belongs on the race track – but is also at home on the open road.” 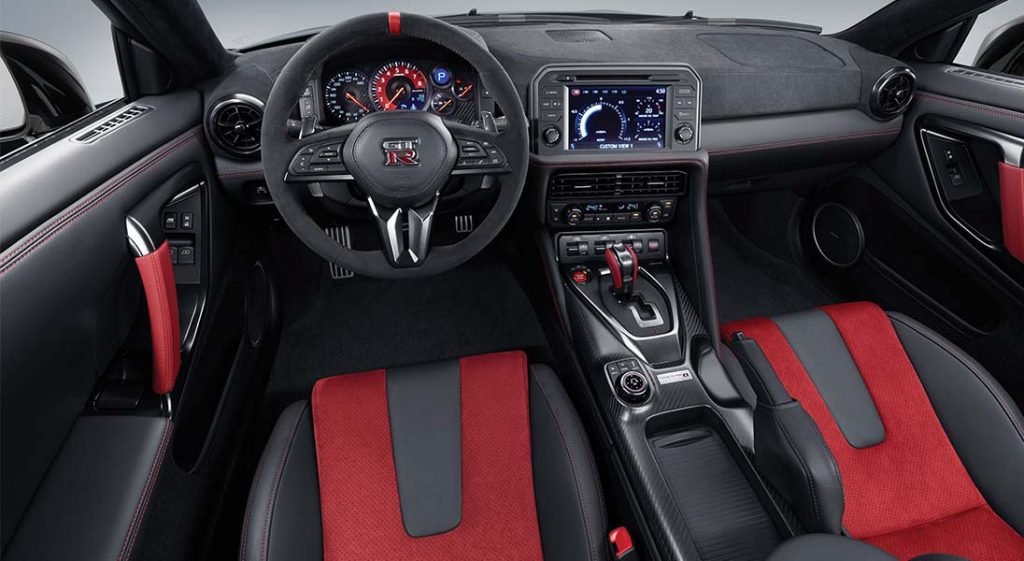 Although the R35 has been proven on the track time and time again, the new NISMO has been engineered to take all of its technology and make it accessible and comfortable for drivers of all skill levels. This includes vehicle control and predictability to make it the ultimate road/track vehicle. Weight reduction has been one of the main focuses for this model, which involves a ton of carbon fiber parts around the vehicle. The front and rear bumpers are carbon fiber, as well as the front fenders, hood, roof, side sill covers, trunk, and rear spoiler. The exterior parts alone are responsible for a 23-pound weight reduction and improved downforce and aerodynamics. Other upgrades and parts bring the weight reduction to a total of 44 pounds. 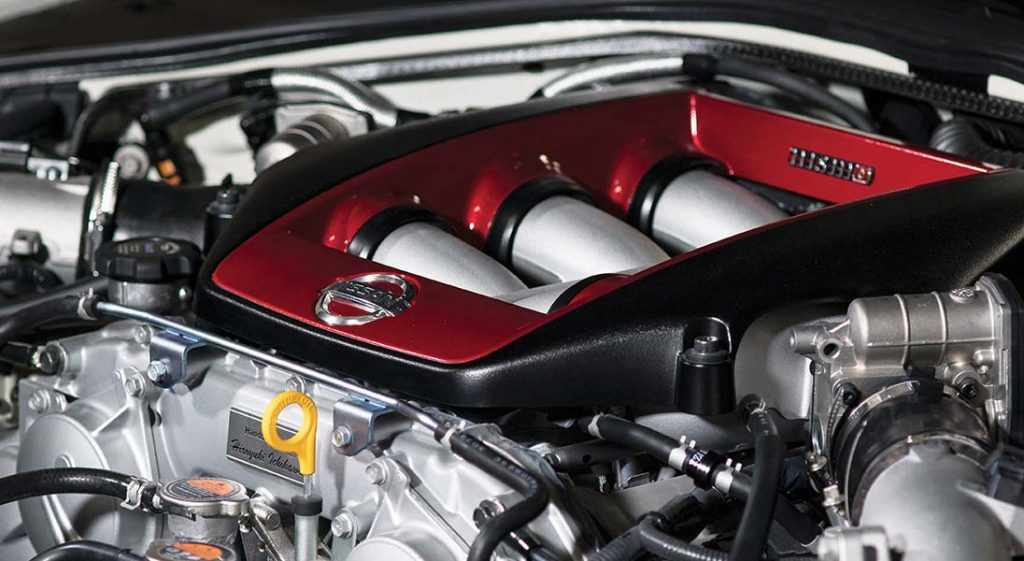 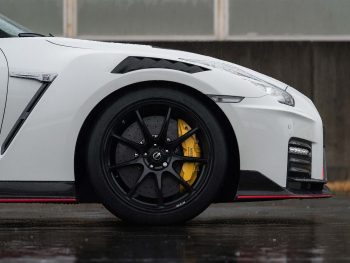 Power is still produced through the R35’s VR38DETT engine. Nissan’s 3.8-liter V6 twin-turbocharged engine delivers 600 horsepower and 481 lb-ft of torque between 3,600-5,600 RPM. The turbocharger design is the same from the GT-R GT3 race car. It features modified turbine shape and fewer blades, which optimizes the flow rate and enhances acceleration response by 20% without losing horsepower, according to Nissan. Power is sent to all four wheels using an upgraded version of the six-speed dual-clutch transmission, which now has a refined R Mode. This mode allows the gearbox to shift faster and optimizes gear selection. The adaptive shift control has been optimized as well, now adapting to shift schedule to the driver’s driving style. This makes the R35 GT-R NISMO much friendlier on the public roads, without losing its vicious spirit on the track. 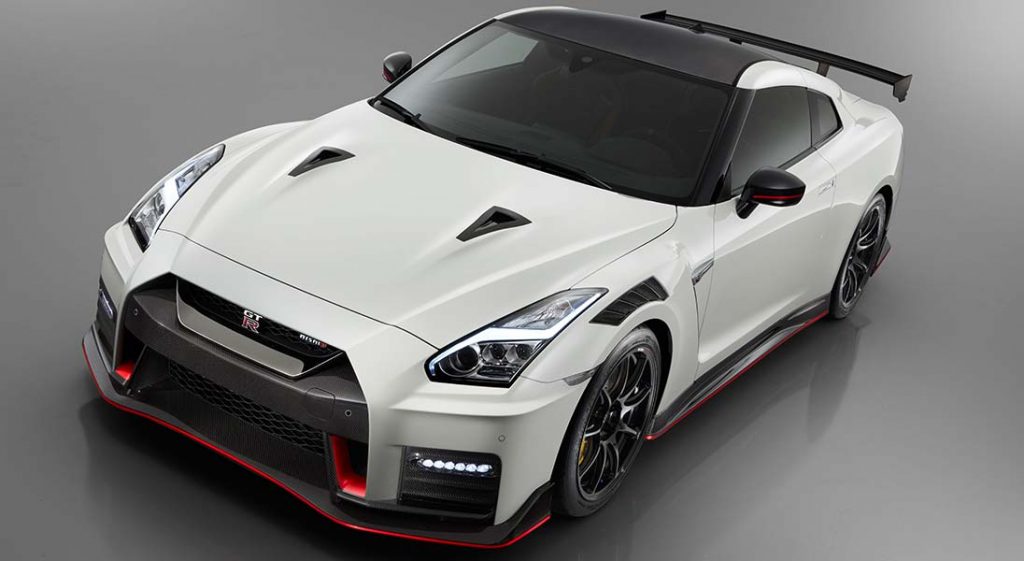 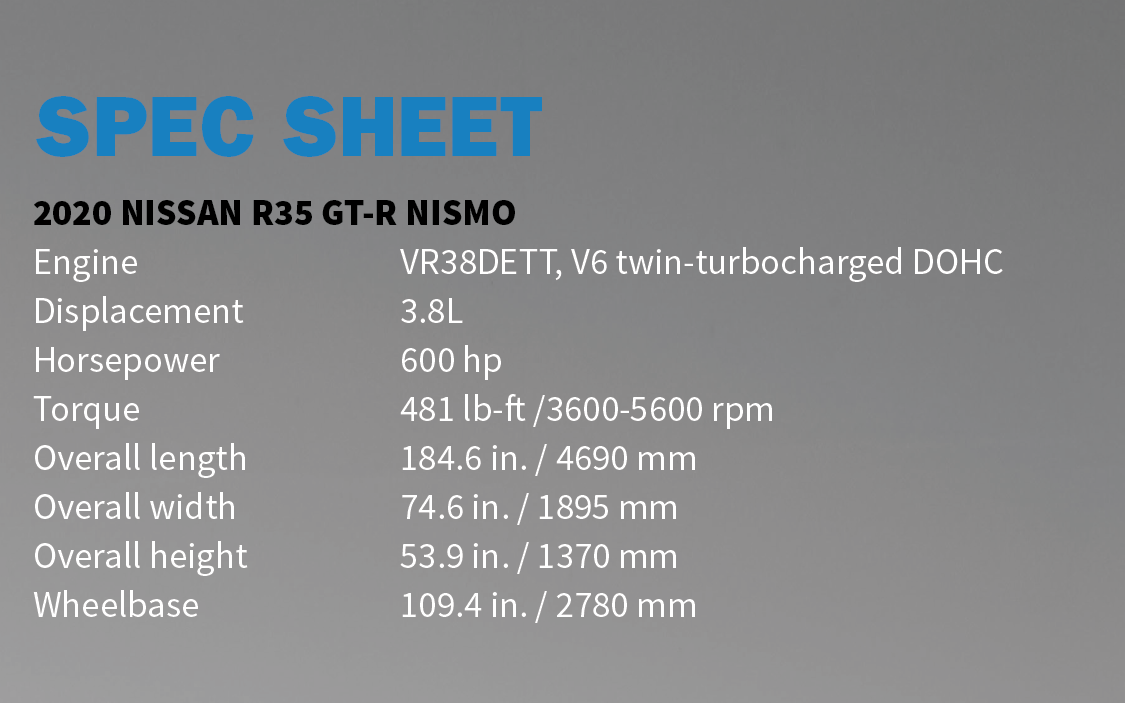 With an enhanced suspension tuning, the R35 handles better than ever. Combine this with a carbon ceramic brake system, and you’ve got a true supercar that costs less than most vehicles that can compete at this level. The Brembo carbon ceramic rotors measure 16.1-inches in the front and 15.3-inches in the rear. They can now withstand more than 1,832 degrees Fahrenheit. “We have built the 2020 GT-R NISMO for our customers to be the ultimate track and street vehicle,” Tamura said. “It is about total balance management, not just chasing power figures. The new NISMO has been brought to a new level, with enhanced engine, handling, braking and aerodynamics.” If you are a fan of the R35 GT-R, this version is the best to ever get produced by Nissan. The question is, how much better can it get and when will we see a complete makeover for Japan’s pride and joy?