What used to be a great luxury vehicle is now offered for the hardcore track enthusiasts. Lexus introduces its all-new, limited production RC F Track Edition. This is the Japanese automaker’s way of bridging the gap between performance and luxury. Lexus described their all-new Track Edition as a track capable vehicle that can turn laps on the track all day long, then driven home that night in comfort. The RC F Track Edition is a commitment from Lexus to the performance enthusiasts and a step forward in the evolution of the F performance brand. 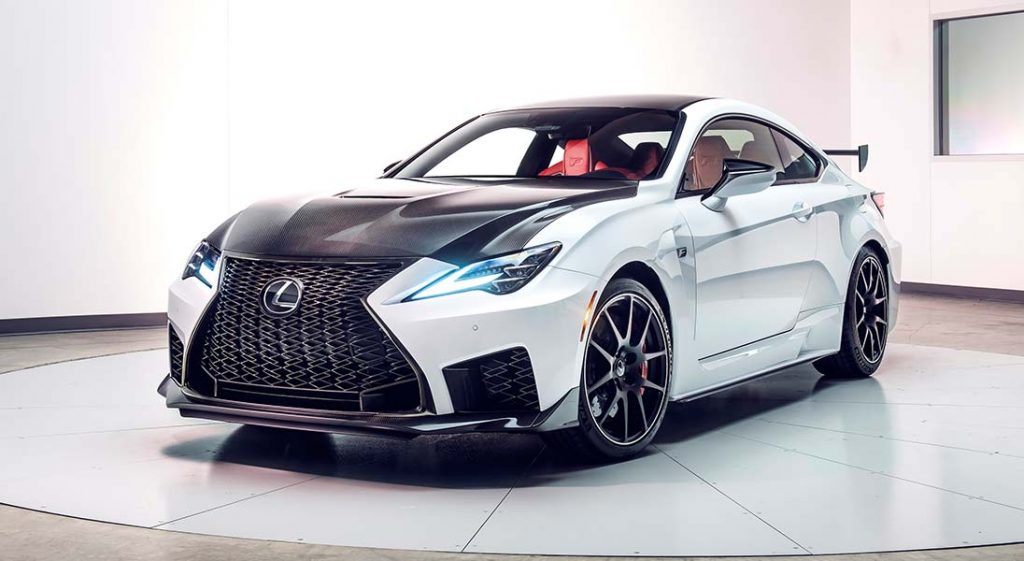 “The new RC F and the Track Edition, in particular, benefit from constant development since their original launch. With the latest improvements, these models help further distinguish the F brand by offering fast, durable, highly-capable performance cars that rely on a range of technologies to help make their performance accessible to drivers of all skill levels,” said Koji Sato, Executive Vice President, Lexus International. 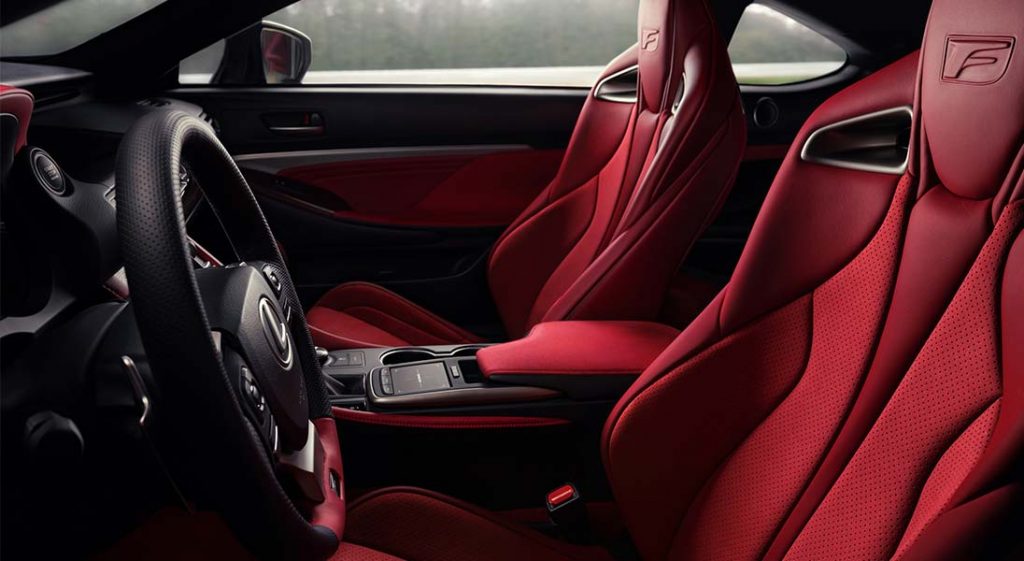 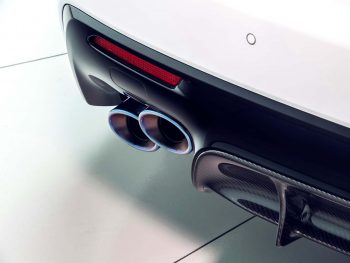 Adding to the quality of the Lexus RC F, the RC F Track Edition features precise engineering and upgrades that allow this platform to perform on a supercar level. The front of the Limited Production Track Edition features a front splitter with canards. The splitter is constructed from carbon fiber to reduce weight, while providing functional downforce for high grip on the track. In the rear, the carbon fiber fixed wing is standard, which reduces drag and increases downforce for precise steering around the track. This rear wing adds up to 58 pounds of downforce compared to the active rear spoiler, thanks to the slight angle of attack that it features. 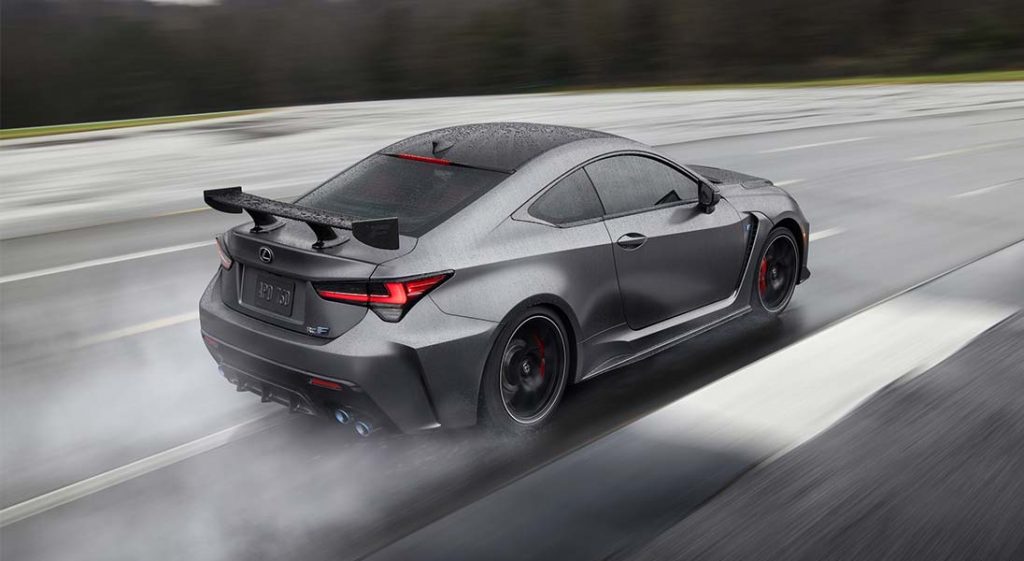 Through the use of numerous carbon fiber components, the 2020 Lexus RC F Track Edition shaves off 176 pounds of weight. The weight cut is complemented by significant dynamic improvements. 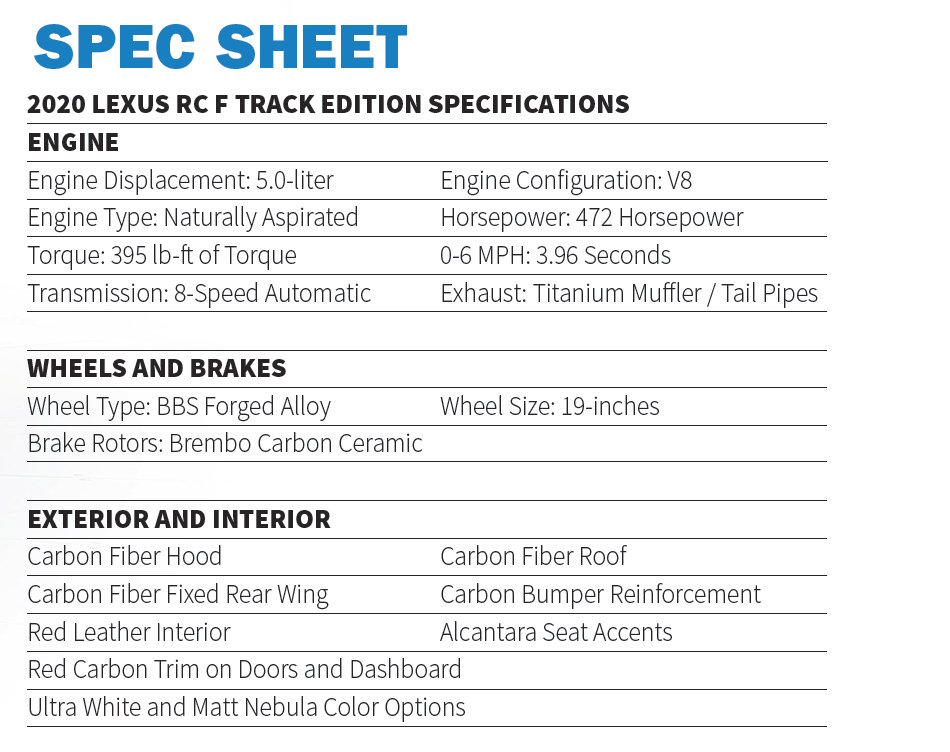 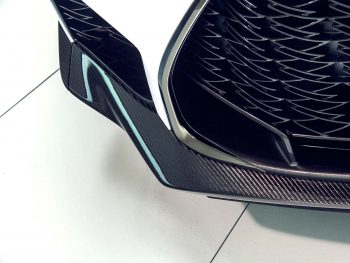 The entire weight of the car has been reduced by 176 pounds. The weight cut is in all the right places, which led to keying in on unsprung weight. This is accomplished by reducing the mass weight not supported by the suspension, which plays a critical role in handling and steering. Around the track, the RC F Track Edition is made quicker with Brembo carbon ceramic brake rotors. These rotors are lighter in weight and can withstand the higher extreme heat cycling associated with track-driving conditions. The brakes sit inside 19-inch lightweight BBS forged alloy wheels. Also playing a role in weight reduction, the Track Edition is equipped with a carbon fiber roof and hood, as well as a carbon fiber partition behind the rear seats. 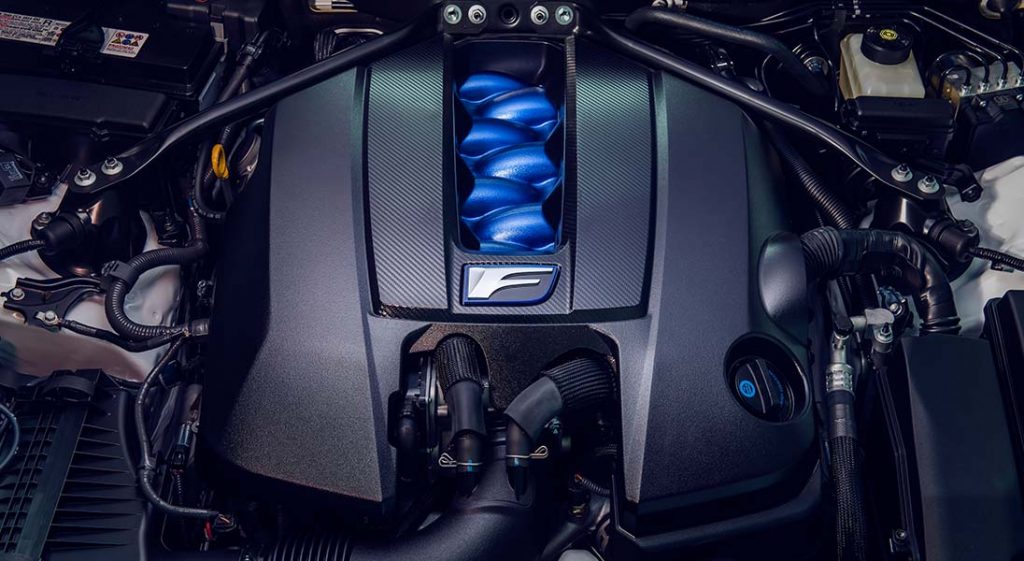 Powered by a 5.0-liter naturally-aspirated V8 engine, the Track Edition delivers 472 horsepower. To emphasize on the Track in Track Edition, this RC F model features launch control. It’s capable of going from 0 to 60 MPH in just 3.96 seconds. Exclusive for the Limited Production RC F Track Edition, the interior comes in red leather with Alcantara seat accents, as well as red carbon trim on the doors and dashboard. The exterior will only be offered in two colors: Ultra White and Matte Nebula Grey – exclusive colors only saved for the Track Edition model. Production of one of Lexus’ most anticipated performance vehicles will start in the second quarter of 2019, and pricing will be announced closer to the on-sale date.