“For every action, there’s going to be a reaction. And if the repercussions of the reaction are worse than the benefits of the action, you are going to get screwed.” In automotive engineering, balancing between power and efficiency is crucial. One of the factors that can affect an engine’s power and efficiency is its compression ratio. Automotive technology is moving at an extremely high pace, and after years of development, Infiniti has found a way to play around with the compression ratio and change it in a blink of an eye to balance between efficiency and power. 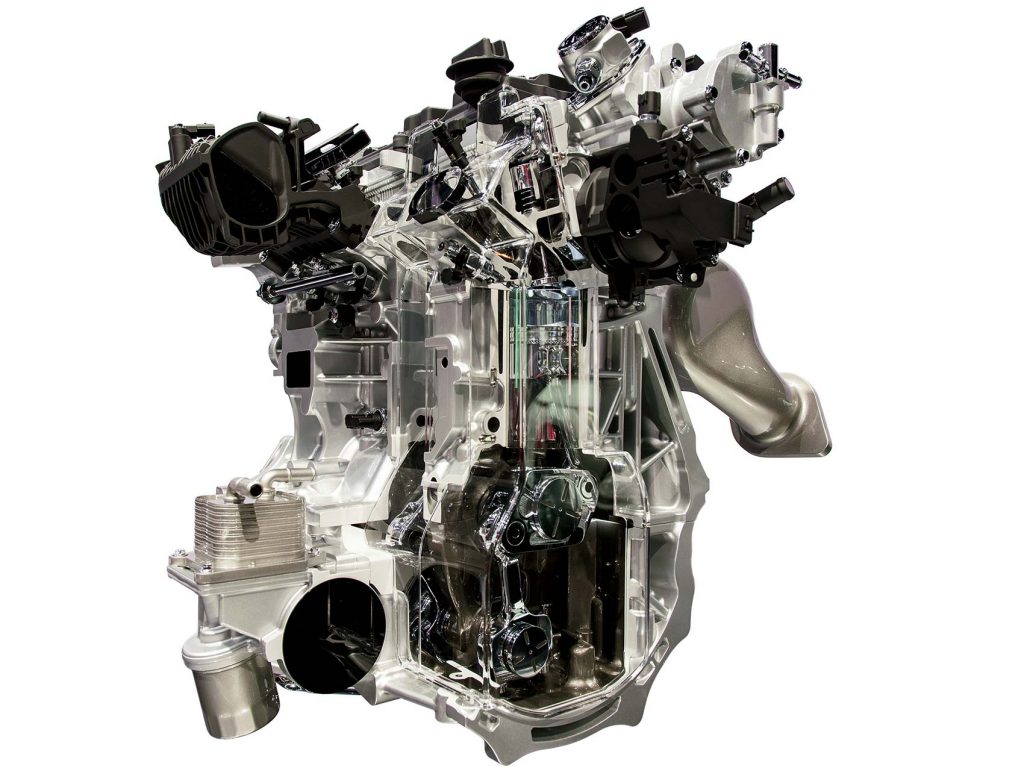 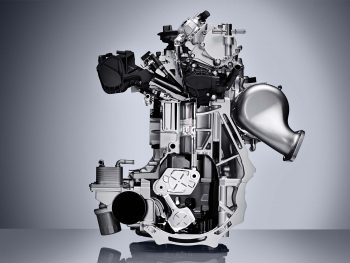 Comparison of VC-Turbo Technology in High and Low Compression Ratios 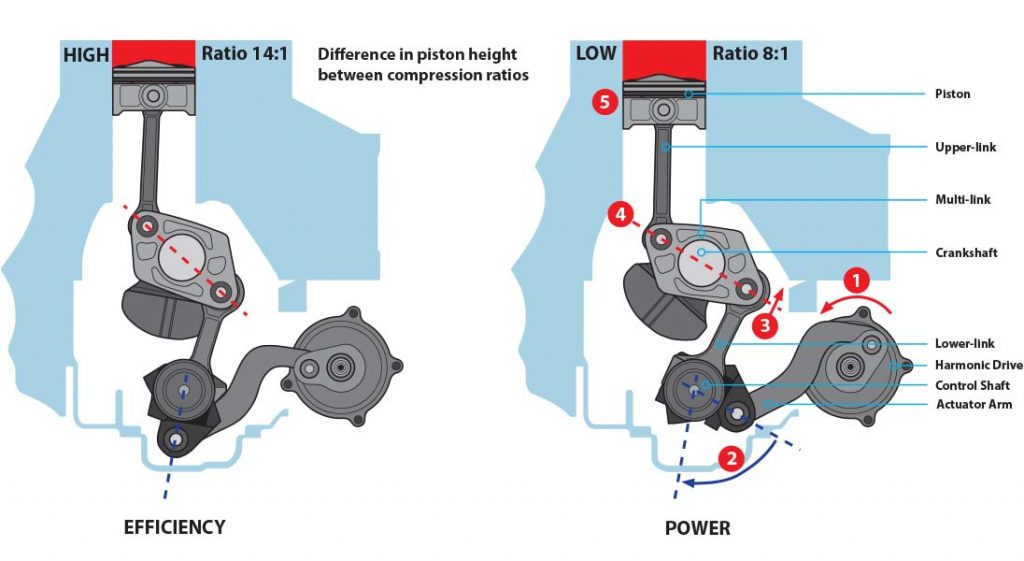 When the compression ratio needs to be changed, the Harmonic Drive (1) turns to move the Actuator Arm (2). As a result, the Actuator Arm rotates the Control Shaft. When the Control Shaft rotates, it pushes the Lower Link up or down (3) depending on the direction the Harmonic Drive spins. The movement of the Lower Link changes the angle of the Multi-Link (4). The Multi Link’s angle adjusts the height of the Upper Link and Piston (5) to change compression.

For example, if the engine is operating under boost with a compression ratio of 8:1 and it needs to shift to efficient mode, the harmonic drive would rotate to the left. This would rotate the control shaft, which would pull the lower link down, thus changing the angle of the multi-link to the right. As a result, the upper link will move upwards pushing the piston higher to reduce the space between the piston and the cylinder head to increase the compression ratio to a maximum of 14:1. 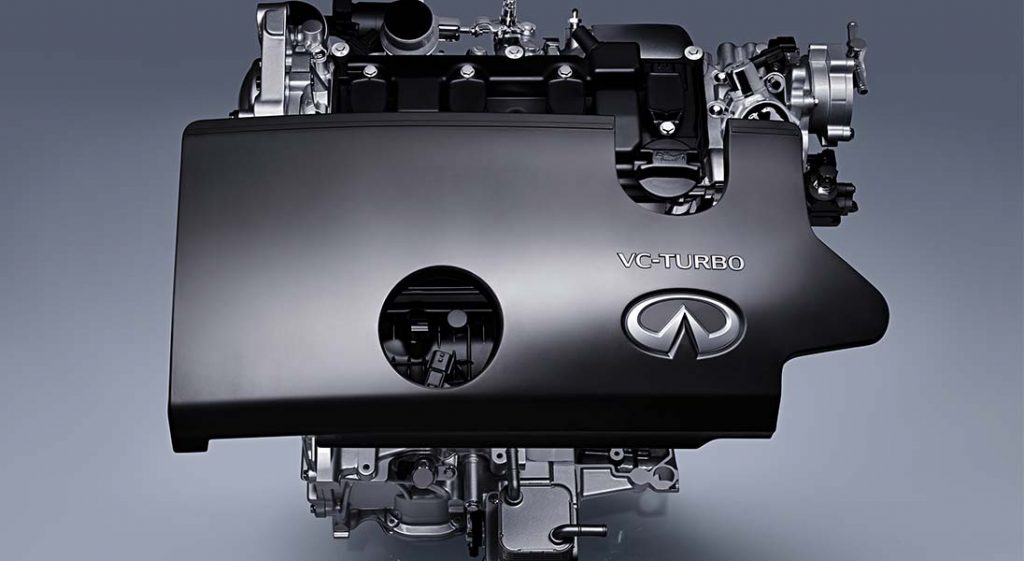 In addition to the Variable Compression technology, the engine can also switch from a traditional Otto engine cycle to the Atkinson cycle by changing valve timing. The intake valves are electronically-controlled as opposed to hydraulically-controlled (like the exhaust valves). Leaving the intake valve open that much reduces pumping losses and enhances the fuel consumption when combined with the high compression ratio. The Infiniti VC-T engine features both port- and direct-injection systems. The direct-injection system operates the entire time, but it changes the number of injections per cylinder. When cruising and at lower engine loads, the port-injection delivers the fuel with one added shot from the direct injectors. At higher loads, the port-injection stops and the fuel is delivered from two shots from the direct injection. Under heavy boost, three shots from the direct-injection delivers all of the fuel. Finally, the new mechanism incorporated in achieving the variable compression reduces piston-to-cylinder wall friction. This happens due to the nearly-vertical angle that the rods are positioned at, thanks to the crankshaft’s offset.

Is it the Future?

A turbocharged engine that can change compression ratios as needed while minimizing piston-to-cylinder wall friction, what’s not to love? Infiniti spent over 20 years developing more than 100 prototypes of their variable compression engine. Testing alone involved more than 30,000 hours of work and 1.8 million miles of road testing. It appears like reliability shouldn’t be an issue at this point, but until we see it thoroughly tested in production vehicles varying in driving styles and conditions, we can’t be fully sold on such brand-new technology.