“Excellent” and “Dynamic.” These two words epitomize, define and compose the word Exedy. The Exedy Corporation hails from a long standing heritage. Synonymous with high-performance, OEM and industrial driveline solutions, it is surprising to many that Exedy has a humble beginning. Kazuma Adachi founded the company as a clutch repair shop started in 1923. Over the next 27 years, the business flourished. In 1950, the company became incorporated under the Daikin Manufacturing Company. Forty-five years later, the company changed names to the Exedy Corporation. Today, Exedy has grown into a worldwide powerhouse. With over 9,800 employees in manufacturing and corporate offices on nearly every continent, the Exedy Corporation has established itself as a global presence. Text and Photos by Richard Fong After spending three amazing days at the 2008 Tokyo Auto Salon, the Exedy Corporation treated DSPORT Magazine and a handful of guests to an exclusive and informative tour of the Exedy manufacturing plant in Ueno, as well as the headquarters and manufacturing facility in Osaka. We were accompanied by Bernie Solomons, Noboru Uno and Yoni Kellman of Exedy Globalparts USA. Traveling from Tokyo by Shinkansen (bullet train) we arrived in Osaka in just a few hours. Prior to checking into our hotel, we had the opportunity to visit J’s Racing, Signal Auto and the one-stop-shop for automotive lifestyle, Super Autobacs.

The Ueno facility was established in 1975. Its primary focus was to supply torque converters and transmission components to OE customers like Daihatsu, Mazda, Hyundai, Subaru and Toyota. One little known fact about Exedy is that more than 50% of its annual revenue comes from the production of automatic-transmission related products. The Ueno plant is massive, including over 1,600,000 square feet of land filled with nine different production lines, a test course, dining hall and office space.

Exedy walked us through the torque converter plant, showing us the process of manufacture starting from design, to production, to packaging. Witnessing the process was eye opening. The foundries run around the clock, while thunderous stamping machines generate sheet metal components at an incredible pace. As a result, this facility runs 24 hours a day, with three shifts working around the clock. With production maximized, the Ueno plant turns out over 30 million torque converters per year.

We had the opportunity to meet the president of Exedy Corporation, Mr. Haruo “Hal” Shimizu for dinner at his apartment building in Osaka. From the 43rd floor of the apartment building, we had a clear view of Osaka Castle and the glow of Osaka’s city lights. We also met with Section Chief of Engineering Mitsuyoshi Ishikawa.

Once we set foot on the campus of the main headquarters in Osaka, we were greeted by a team of engineers. After attending the morning presentation, we proceeded with our visit to the 935,000 square foot manufacturing plant. The Exedy Osaka tour guidelines were laid out along with a brief question and answer session. Then, with communication radios and headsets in place, we set out to walk through the facilities. Foundries poured molten alloys into sand casts, while three-story tall machinery stamped out pressure plate covers. It was incredible to see this massive machinery in motion.

At one point in the tour, we stopped by to see the clutch testing equipment. Since Exedy designs and manufactures every component of its clutch systems, they can perform extensive research and development in house before going to production. A demonstration of the Exedy testing equipment showed us what a clutch must endure during development. In one test, a clutch is slipped at a specific engine speed until it fails. A number of variables are measured and logged as the clutch is burnt up. At the point of failure, the test is concluded. The information gathered reveals empirical data on each clutch developed to demonstrate its capacities for endurance, load and strength.

We also visited the building that houses the chassis dynos. Three individual sound-proof bays each contained an in-ground chassis dynamometer. With the dyno building in place, horsepower and torque capacities for each application can be fully tested on any platform, giving engineers the essential feedback necessary for development.

In the end, we learned that engine dynos, burst testing equipment and dynamic quality testers were just a few of the devices employed in the development of Exedy clutches. The engineering process involved finite elemental analysis, stress analysis, and abrasion testing.

Exedy has plans to step up once again with new products in 2008. Adding to its Exedy Racing Clutch and Hyper-series clutches, revisions are being made to some of the existing Hyper-series applications that will increase the clamping load and heat capacity. Additional improvements will improve disengagement when operating in over-heated conditions. Our visit concluded with one last meeting in the board room. Our gracious hosts gave us a farewell presentation with photos from our time spent in Osaka. We came home from Japan enlightened with a newfound appreciation for drivetrain components.
On June 8, 2008

TOP SECRET AND ITS FOUNDER Mr. Kazuhiko “Smokey” Nagata have earned a reputation for building fast cars and taking them...

The Miyoshi RX7 was turning heads at last years Tokyo Auto Salon, so we journeyed to the RE Miyoshi (...

OS Giken: Behind the Scenes [VIDEO]

In a quiet neighborhood of Okayama Prefecture, Japan, a legendary engine tuner and manufacturer humbly conducts business. OS Giken (which... 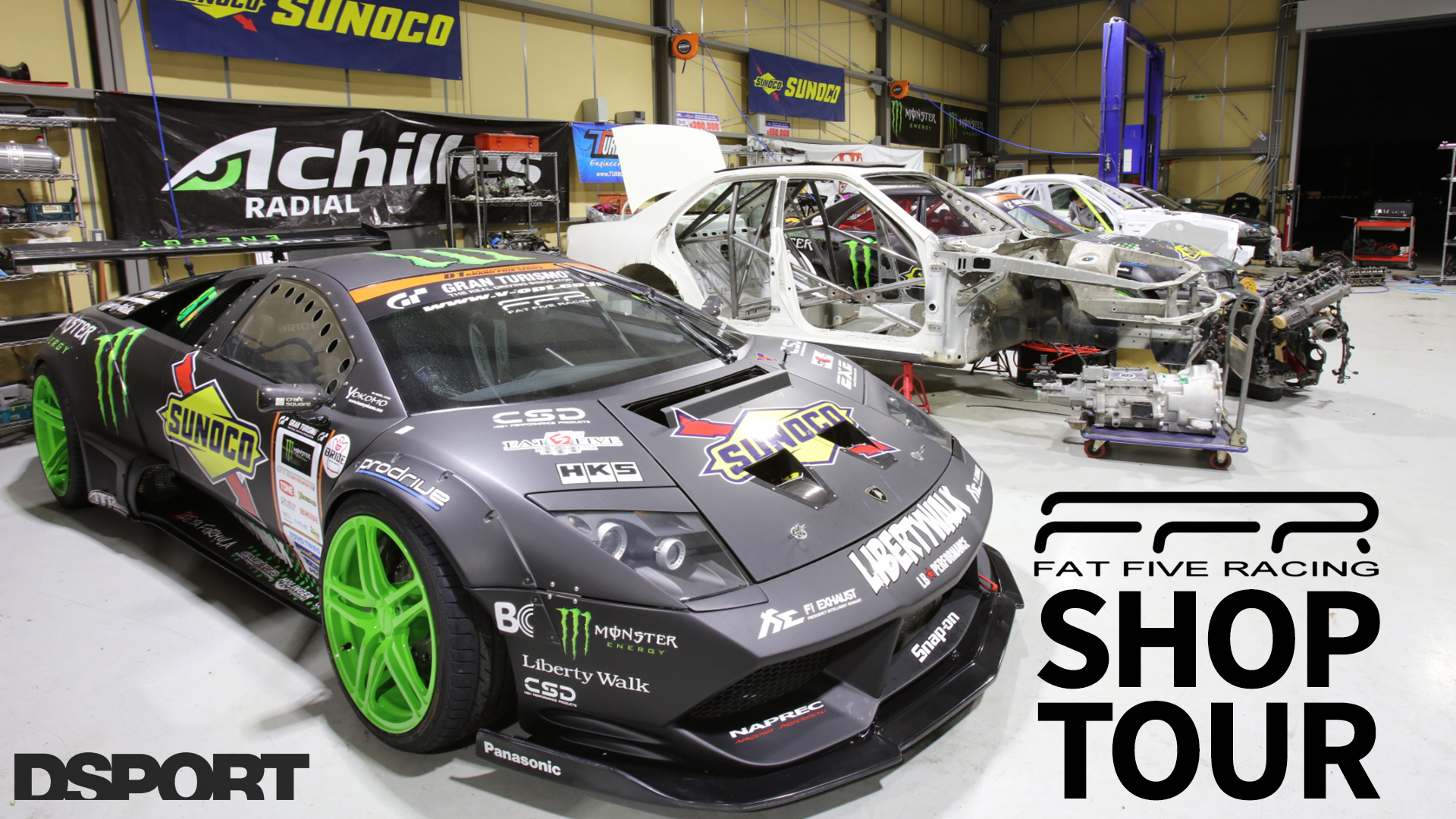 Professional drifter Robbie Nishida takes us around Daigo Saito’s Fat Five Racing and shows us all the high horsepower projects...