Your car’s fuel system encompasses the following components; the gas tank (or fuel cell), the fuel pump(s), the fuel rail(s), and the injectors. There are two main types of fuel delivery found in modern engines: the return system and the non-return fuel system. In a return-type system, the fuel not injected by the injectors is routed back to the fuel container (gas tank or cell) by a fuel pressure regulator. In a non-return system, a pressure control valve at the pump establishes the feed line pressure so there is no excess fuel delivered to the fuel rail. When designing your fuel system, it’s important to keep in mind that the system will only be as good as its weakest link. Changing one component in the system that doesn’t meet the demands of the other parts of the system may lead to excess or wasted fuel delivery, poor performance, or detrimental engine damage.

The fuel tank or fuel cell is the storage compartment for the fuel. If you’re retaining your vehicle’s factory fuel tank, there are generally no upgrades available for the tank itself. An upgrade requires changing out the entire tank for a fuel cell. This is done in cars that wish to reduce overall vehicle weight by adding a smaller capacity fuel cell, or in vehicles where a change in fuel type requires it. Since fuel cells contain the combustible material that powers your vehicle, be sure to choose a cell that has the required venting, sealing, mounting and structural integrity requirements that your application dictates.

A hard launch or a high g-force turn can cause fuel to slosh away from the fuel pump pickup, causing engine damaging fuel starvation issues. A fuel surge tank helps by maintaining a constant reservoir of fuel outside the fuel cell or gas tank. 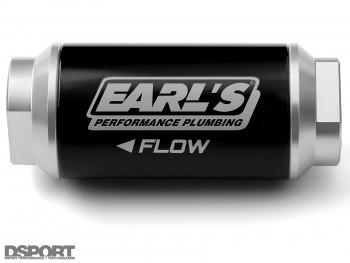 The fuel filter found in in-tank fuel pumps is usually a sock type. This involves a mesh screen wrapped around the intake port of the pump to prevent large particles from entering the fuel delivery lines. This filter is usually part of the aftermarket in-tank pump that you purchase. There is often another filter found inline between the tank and the fuel rail (closer to the tank side) that provides secondary filtration for the system. This fuel filter is the one that needs to be replaced and can be upgraded to a larger unit that provides a greater level of filtration without inducing pressure loss. Additionally, some filters incorporate a magnet to capture metallic particles from the stream and prevent them from reaching the fuel injector. As the amount of debris and particulates found in pump gasoline varies from area to area, frequent inspection of the filter element for cleaning or replacement is recommended. 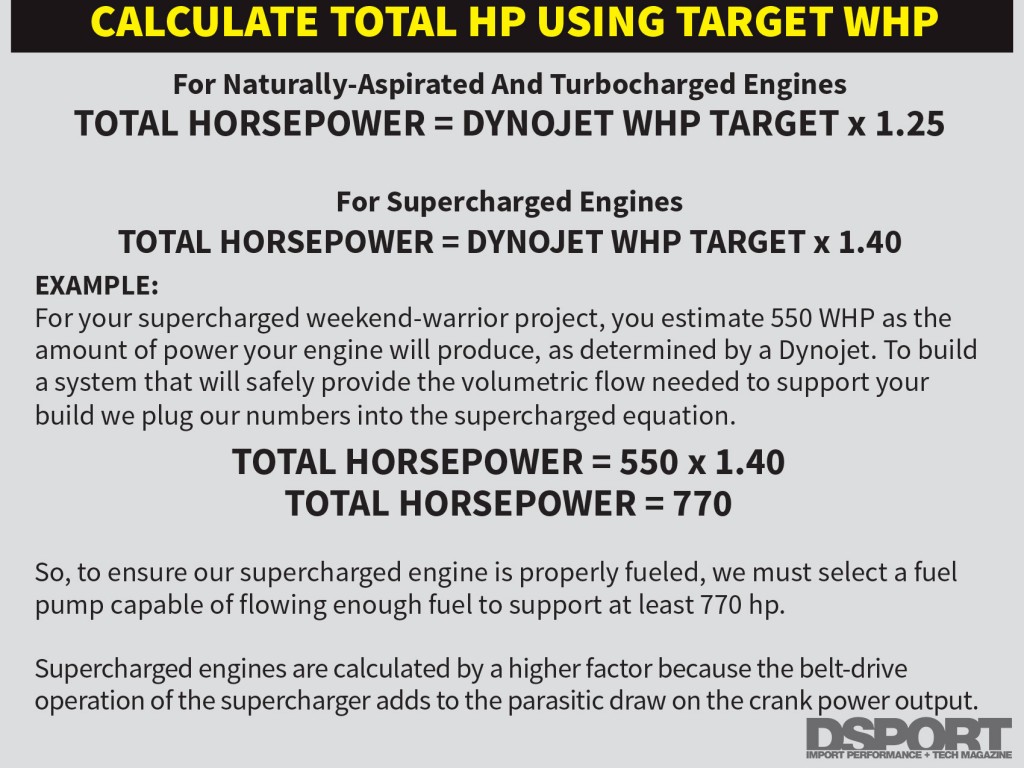