How can you make $100-million disappear into thin air? If you go the NASA route in 1998, you fire a probe into space to float out to who-knows-where. Years of hard work and thousands of calculations went into the development of the Mars Surveyor ’98 program. However, a simple mismatch in Imperial and metric units of measurement in the navigation software sent the probe flying in the wrong direction, deeming the project a failure. This goes to show that inaccurate data can lead to catastrophe on large scale projects. Realizing the importance of accurate measurements, Innovate Motorsports steps into the automotive market with its multifunction digital gauges to deliver only the most precise vehicle data, aiding to prevent car owners from having to throw piles of money away into their builds. 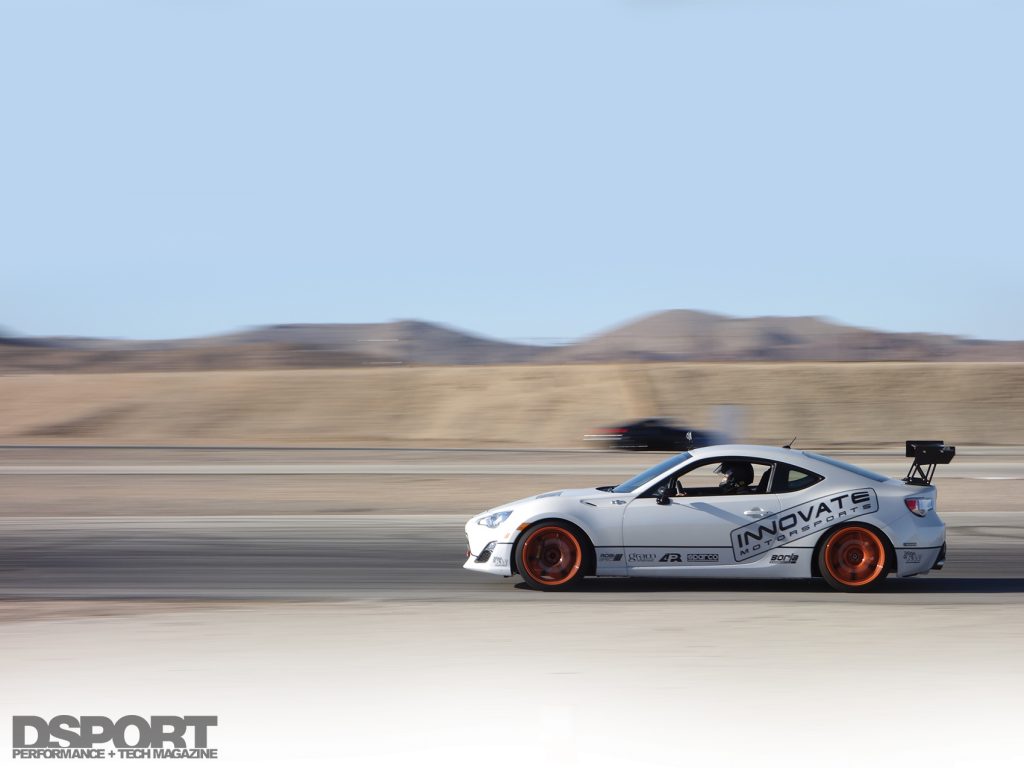 Innovate Motorsports did not choose its company name in the shallowness of trying to sound advanced and inventive. The company prides itself on its continuous efforts toward testing and developing new methods and tools to contribute toward automotive performance. While other aftermarket parts help your car produce power, Innovate develops its gauges and controllers to ensure that your car doesn’t blow itself to pieces in the process. This line of multifunction gauges are more than just a fancy method of displaying more information than a single-purpose gauge. Some of them act as controllers to step in to the rescue for your boosted or nitrous-fed vehicles in case of emergency. The ability to program settings and limits with a PC or on the dash face buttons allow users to customize cutoff points to their liking. With the help of highly accurate and calibratable sensors, these digital gauges set out to eliminate any room for error. 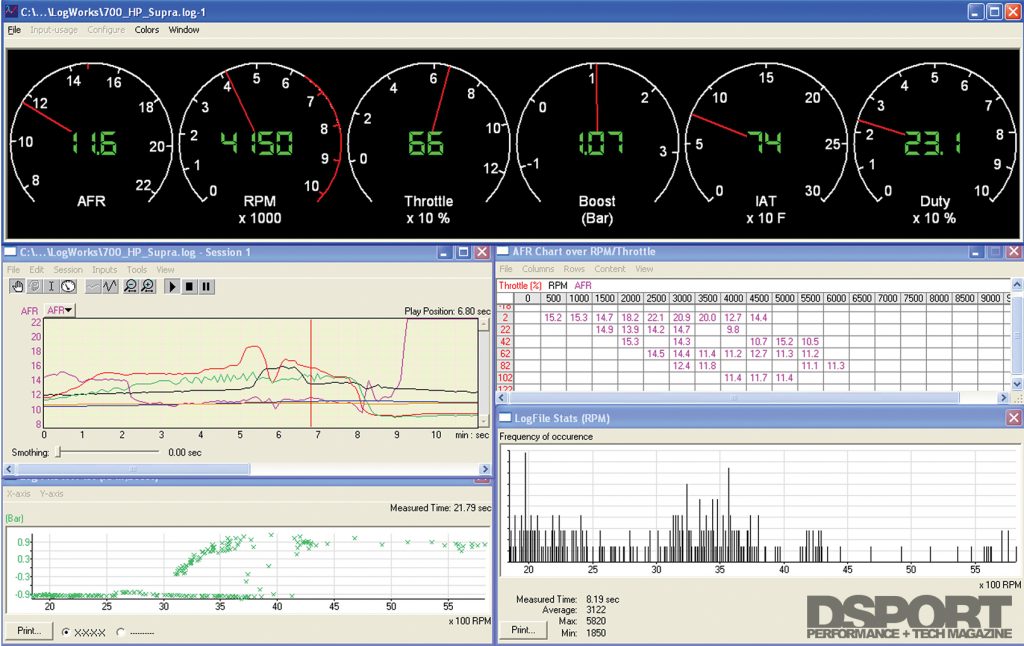 The LogWorks software enables data to be viewed in real time (when connected to a PC) or downloaded to analyze at a later time.

Any data readout is only as accurate as the sensors it comes from. In order to ensure that only the most accurate data gets delivered, Innovate opted for Bosch LSU 4.9 sensors for each of its patented DirectDigital wideband-capable gauges. These sensors have built a strong reputation in the automotive industry, particularly for their durability and thin sensor elements to improve response times. This sensor compatibility also means that if and when users need to replace a sensor for one of their gauges, replacement is simple and does not require the purchase of an entirely new gauge kit. Although the Bosch LSU 4.9 sensors are highly accurate out of the box, they, like any other sensor, eventually wear over time and increase their margin of error. To resolve this, Innovate offers the ability to recalibrate the sensors as they wear. In a simple process of powering the gauge on and off without and then with the sensor connected, recalibration takes mere minutes to perform and keeps the sensor operating like new for even longer. According to Bosch, the sensors leave the factory with a margin of error of +/- 0.15 AFR. After 500 hours of use, sensor accuracy drops to a variance of +/- 0.29 AFR, and down to +/- 0.59 AFR after approximately 2,000 hours. However, Innovate claims that its recalibration process returns the sensor accuracy to only a +/- 0.1 AFR margin of error. 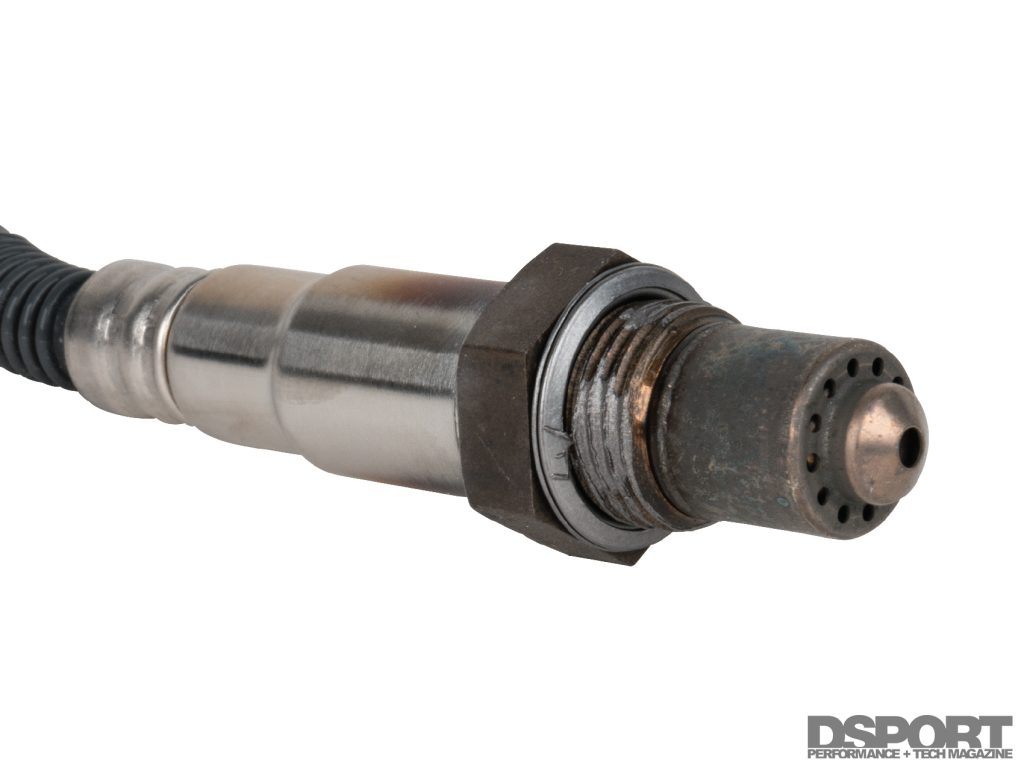 The Bosch LSU 4.9 sensor is a popular option for measuring oxygen content and lambda values of exhaust gasses, due to its high accuracy and durability.

Gauges are great for viewing data in real-time, but what about those times when you’re trying to describe a misfire to your tuner or when you’re going back and forth trying to replicate and diagnose a problem? Every Innovate digital gauge offers logging capabilities for each channel monitored. Available for free on Innovate’s website, the LogWorks software enables users to monitor and download 32 channels of data to help get the full story on exactly how the engine is running. Taking its benefits a step further, the software can gather and analyze the data to then automatically determine peak efficiency at any RPM or load, providing the user with estimated optimum AFRs. 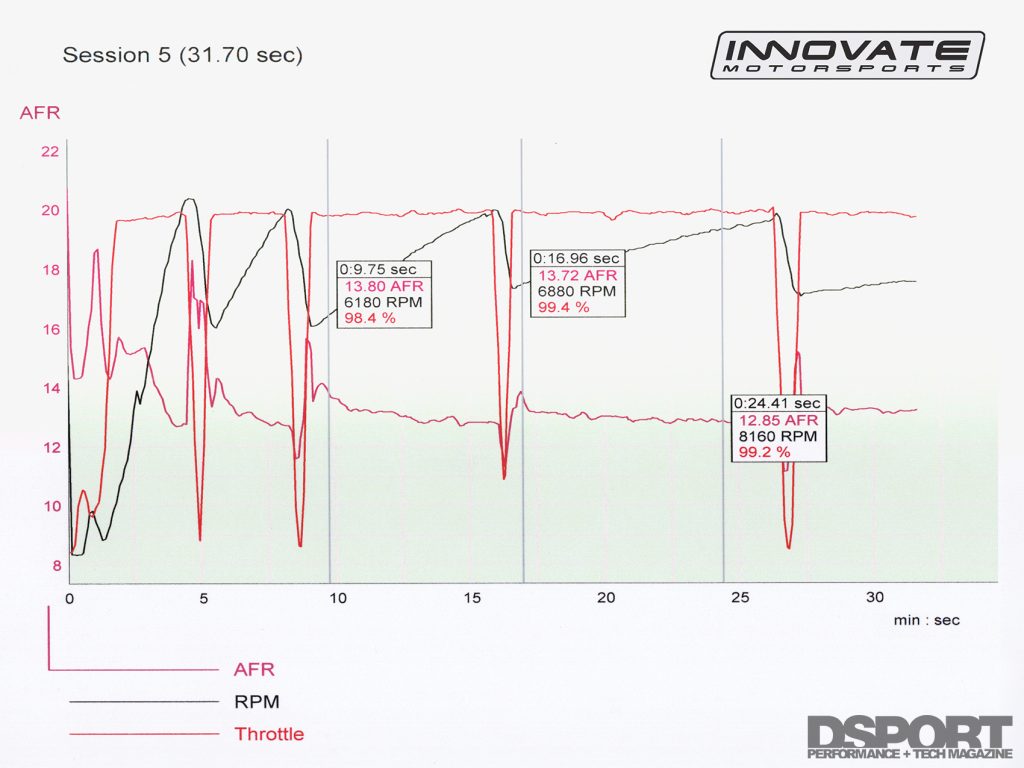 The LogWorks software provides the ability to overlay multiple data channels onto the same graph to view how different elements are related.

Whether you’re shooting for more power or are “going green,” ethanol is proving itself as an excellent resource for accomplishing both. The rise of flex fuel kits have only made ethanol fuels more convenient and more desirable. Innovate’s Ethanol Advanced gauges focus on fuel-specific data like ethanol content percentage and fuel temperatures, among other essential information, all on a single 52mm gauge. This is accomplished with a user-configurable OLED display, controlled by the buttons on the gauge face, to view one, two, or four channels on screen simultaneously. (Chart:1) 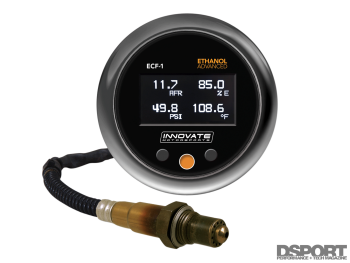 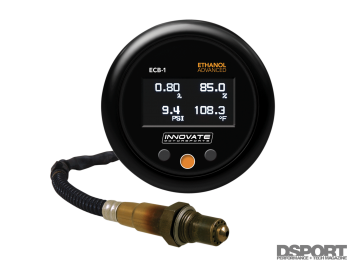 Increases in performance come with the risk of cutting your engine’s life short. All too often, tuners and drivers don’t realize that something is wrong with a car until it’s too late. In order to help protect the engine, as well as the owner’s bank account, Innovate introduced its PowerSafe gauges. Utilizing the company’s patented DirectDigital O¬2 sensor control hardware, PowerSafe gauges are designed with a safety override circuit to disable the boost control solenoid or nitrous feed in times of emergency. Users can program the gauges to their liking, setting custom limits based on air/fuel ratios and boost pressure or nitrous bottle pressure, in order to preemptively cut boost or nitrous to save the engine. (Chart:2) 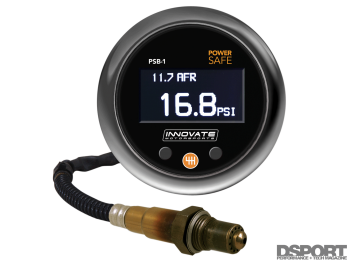 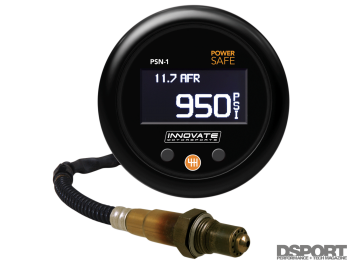 Stepping outside the box of monitoring data and dialing back potentially damaging situations, Innovate also offers its own boost controller. The SCG-1 integrates the features of a boost controller and wideband air/fuel ratio gauge into one compact package to deliver extra functionality. The proprietary solenoid control aims to deliver boost control accuracy, response and safety. The ability to calibrate the O2 sensor and adjust pressure readings for altitude differences makes the SCG-1 extremely precise. 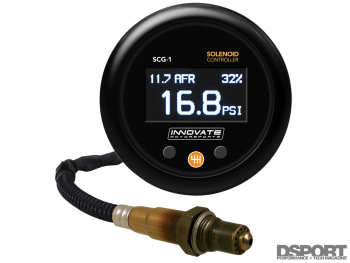 Innovate’s digital multifunction gauges provide users with a simple alternative to the larger and more complex digital dashes. Sometimes, the addition of boost and air/fuel monitoring is all the driver needs. With the gauges’ small 52mm footprint, they can fit cleanly into several mounting options without the need for heavy modification. Utilizing the highly-regarded Bosch sensors, paired with the ability to recalibrate them as needed, Innovate aimed for these gauges to provide only the most accurate data for drivers and tuners. Featuring multiple data channels to display and log simultaneously, paired with top-quality sensors and options to protect the engine, Innovate’s digital multifunction gauges pack a ton of functionality into a series of compact displays. Expect to find these gauges populating more and more car interiors in the very near future. 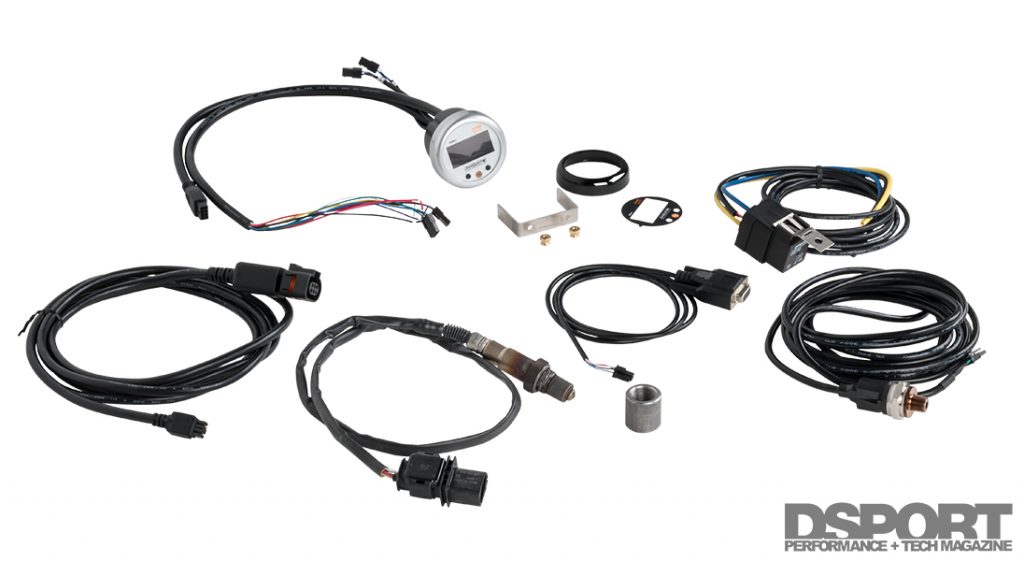