You are at:Home»The Tech»Education»Intake Manifold 101: Ensuring the Cylinders are Working Their Best

Intake Manifold 101: Ensuring the Cylinders are Working Their Best

Every cylinder in your engine is a member of the same team. The goal of this team is to make maximum power. When every member of the team is putting forth an equal effort, the engine runs smoother, stronger and more reliably than ever before. When one or more cylinders on the team is contributing less work than the others, the engine runs rougher, produces less power and is more prone to failure. An engine’s intake manifold is the manager of airflow to each of the cylinders. An ideal air-flow manager not only makes sure each member has an equal amount of work, it also ensures that the team starts work and finishes at the desired times. For the intake manifold, proper air-flow distribution and optimum RPM tuning are the key to maximized performance.

Today’s OEM’s have some of the best engineers in the world. However, these engineers are often “hand-cuffed” in terms of being able to design engine parts for maximum performance. Instead, the design criterion dictated to these OEM engineers will often include parameters such as fuel economy, noise, emissions, production cost and packaging requirements. As a result, few OEM intake manifolds are optimized for maximum performance. Fortunately, a number of aftermarket intake-manifold manufacturer’s are able to provide solutions to this problem. 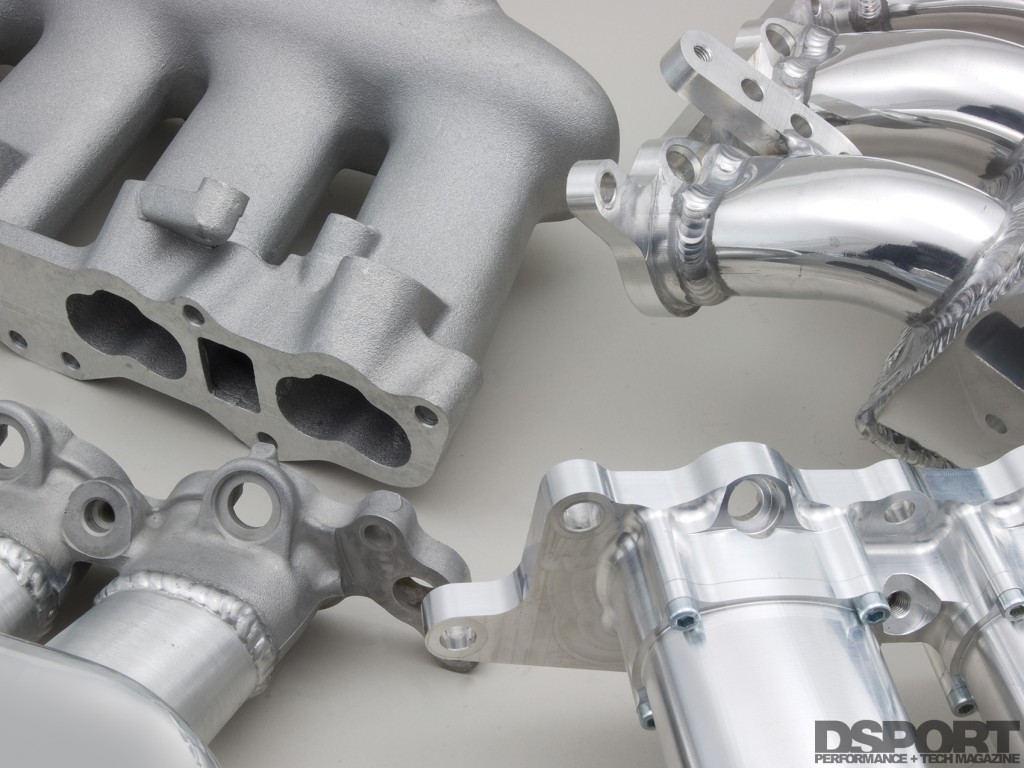 One Piece of the Puzzle 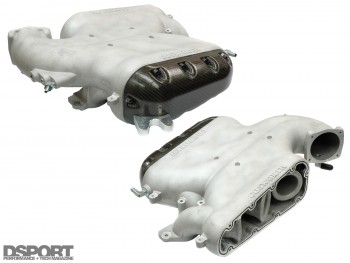 An engine’s intake manifold is just one piece of the larger performance puzzle. When designing a “built” engine combination, the process should start with determining the engine’s ultimate bore and stroke. For all-out performance, the bore size is generally maximized while the desired stroke of the engine is determined by displacement limits of the sanctioning body (for competition engines), maximum desired engine RPM or parts availability. 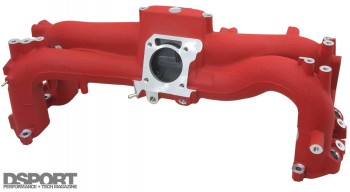 Successful engine builders and developers will tell you that the intake manifold, camshaft(s) and exhaust manifold work together to establish the power output and torque characteristics of the engine. This relationship exists because all three parts not only impact power output, but they are also rpm sensitive. Large-diameter runner intake manifolds, long-duration camshafts and big-tube exhaust manifolds are designed for power gains in the higher-rpm ranges. Conversely, small-diameter intake runner manifolds, shorter-duration camshafts and smaller-tube exhaust manifolds provide optimum performance at lower engine speeds. The relationship between these parts is often overlooked by even the serious performance enthusiast.

Boost is no Band-Aid 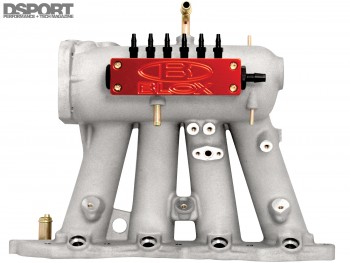 You may have heard or been told or found somewhere on the internet that one particular intake manifold that doesn’t work well on a smaller displacement engine will work fine when that same engine is turbocharged. Based on what we’ve seen on multiple engines, we can safely tell you that this is a lie. For example, let’s take a look at the Integra Type-R intake manifold. On the 1.8-liter Type-R engine or even a 1.8-liter GS-R engine (with the Type-R or B16 cylinder head), it works very well. However, this same manifold on a smaller 1.6-liter B16 engine will kill the performance below 7,500 RPM. If your B16 is only built to rev to 8,000 RPM, it would be better to use the OEM B16 manifold instead of the Type-R Integra manifold. If you built the B16 to rev to 10,000 RPM, the Integra Type-R manifold would deliver improved performance over the factory B16 intake manifold. Hence, the engine’s displacement and the engine’s peak operating speed (redline) will influence how a particular manifold performs on a particular engine. “Chart A” lists a number of the primary factors that influence intake manifold selection. Notice that boost pressure is not a primary consideration. Unfortunately, a number of ill-informed tuners do not know this. With respect to the above example, the misled believe that turbocharging the B16 solves the performance deficiency found when an Integra Type-R intake manifold is used on an 8,000-RPM-redline B16. In fact, it does not. Boost is not a Band-Aid or cure-all for a mismatched intake manifold. If the manifold doesn’t improve the performance of the engine combination in all-motor form, it will not improve the performance once boost is added to the mix. 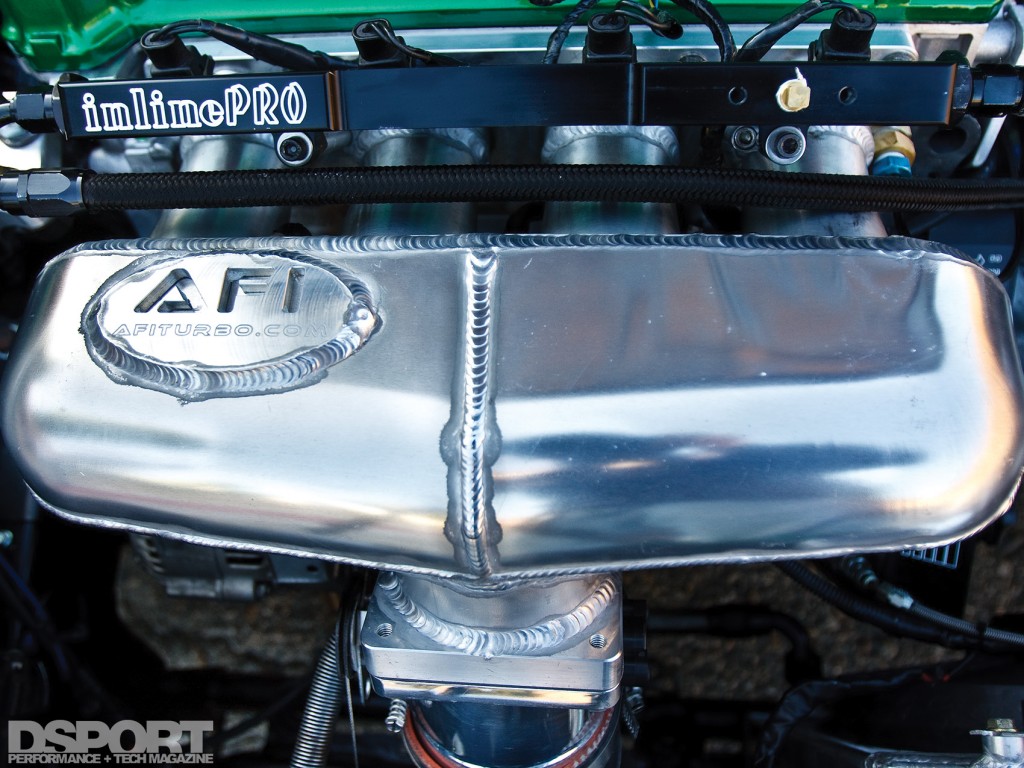