You are at:Home»The Tech»Education»Performance Fluids 101: Get Your Car On The Right Liquid Diet

Performance Fluids 101: Get Your Car On The Right Liquid Diet

For performance enthusiasts, a lot of thinking goes into the parts purchased and installed on their project vehicles. Sometimes it’s tempting to save a few bucks by not using performance fluids on your vehicle so that you can get that new electronic boost controller or strut tower brace. The quality of the fluids used on your vehicle will directly influence the performance and reliability of many of the mechanical systems from engine to brakes to steering. Trying to save a few dollars today may cost you thousands of dollars in a few months or years.

All That and a Bag of Chips

The percentage of additives from the additive package varies from 10 to 25 percent of the finished product for most synthetic oils. In the high-performance engine oil market this places more emphasis on each oil manufacturer’s additive package rather than the base oil. Additives are used to neutralize by-products of combustion, reduce foaming tendencies and increase anti-wear and anti-oxidant presence. Corrosion inhibitors and detergents reduce the formation of carbon and sludge buildup. Friction modifying additives allow for additional horsepower to be realized at the wheels while film-strength modifiers and viscosity-index improvers increase the oil’s ability to protect under high load and high-temperature conditions. 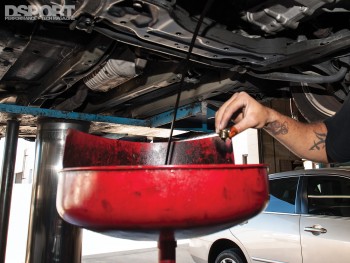 How Low Can You Go?

In scientific terms, viscosity is a fluid’s resistance to flow. In layman’s terms it’s easiest to think of viscosity as the “thickness” of an oil. At one time, the existence of only single-grade oils ranging from 10W to 50W made it easy to choose an oil based for a particular engine or under particular engine-usage conditions. The vast selection of multi-grade oils combined with general misconceptions about what oil weight works “best” can make choosing the proper viscosity oil a challenge. In most cases, the same viscosity rating recommended by your vehicle manufacturer will be the best for your vehicle. However, if you live in an area that’s atypically cold or hot, you may switch to an oil covering a range that is more suited to the extreme climate. Follow the vehicle manufacturer’s recommendations. Sometimes, the manufacturer will allow a substitution of “lighter” 5W-30 instead of the normally-recommended 10W-30 if the vehicle is in a colder climate. A high-temperature climate may warrant a “thicker” 10W-40 oil in place of a 10W-30. When in doubt, ask for your oil manufacturer’s recommendation as they know more about their product than anyone else.

It’s Just a Matter of “When”

You may have heard that synthetic engine oils are not to be used in new cars (that don’t already use synthetic oil) or in newly-assembled engines, but some oil manufacturers state that there are no drawbacks to breaking-in an engine on synthetic oils. For companies with the opposing stance, the claim is that the engine “breaks-in” quicker than if synthetic oils were used. In spite of this difference in opinions, all of the companies we queried were in agreement that a switch to synthetic oil could occur as early as the first oil change interval in new or newly-built engines.

The frequency of oil changes, especially when it comes to using synthetic oils, is another hotly debated topic. One side feels the superior quality and protection provided by a synthetic oil allows a longer duration between oil changes while the other contends that general road-going conditions will cause the same amount of foreign material and internal debris build-up, hence the need to follow a “normal” 7,500-mile oil-changing schedule. Generally, we feel a bit uneasy having the same oil in any engine for over a year or over 7,500 miles and some of you probably feel the same way. Aside from the additional expense of the replacement oil and filter, there are no drawbacks to changing your oil more frequently than the manufacturers suggest. You could still use a 25,000- mile oil and change it every 7,500 miles, or more frequently than that if your wallet is comfortable with it. If you do decide to use an extended-life oil for the advertised service interval, be sure to follow the manufacturer’s recommendations on filter changes. 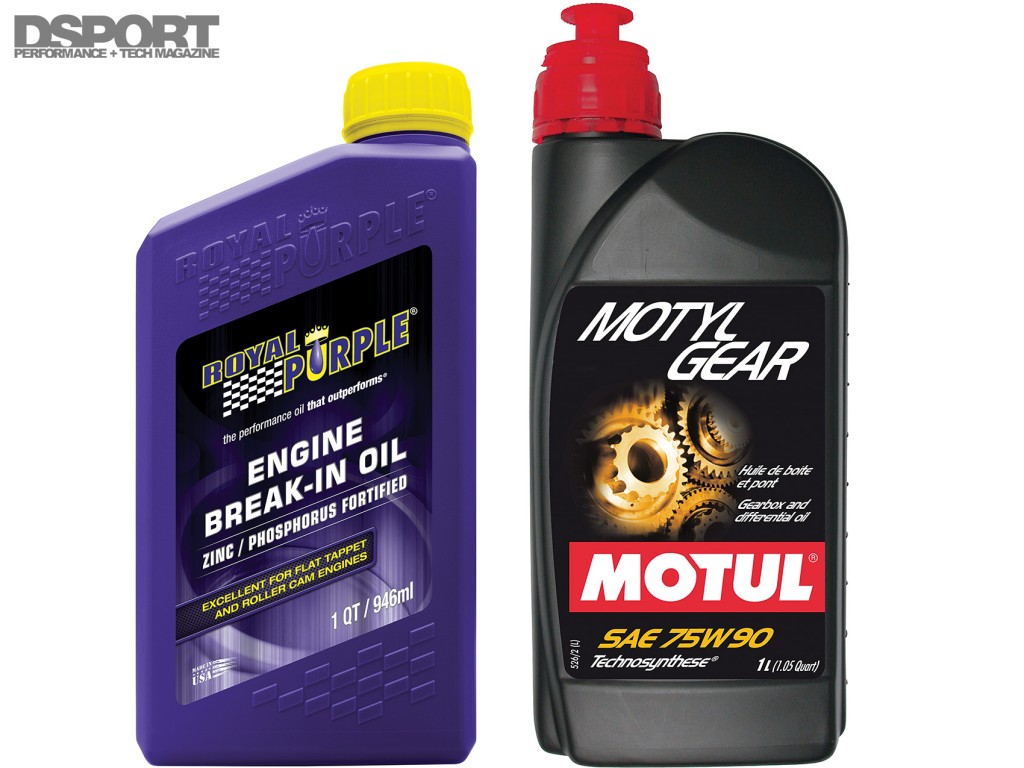 The proper oil is needed for many areas of a high- performance vehicle. Engine break-in oil, racing engine oil, gear oil, transmission fluid and others are all specially formulated for their specific applications.