If the Toyota 4AG is a firecracker, the Subaru/Toyota FA20 is a stick of dynamite. Featuring direct injection, high compression, four valves per cylinder, and variable valve timing for both intake and exhaust events, the FA20 showcases today’s latest engine technologies. This compact, all-aluminum, 2.0-liter boxer engine delivers performance through efficiency. At just 7,000 rpm, the FA20 hits the 100 horsepower-per-liter mark. For comparison, the 4AG would require extensive modifications, race gas and over 8,500 rpm to generate 160 horsepower (100 horsepower per liter).

While the “86” moniker of the FR-S/BRZ platform evokes comparisons to the 4AG, the new FA20 engine represents the evolution of another popular engine series: Subaru’s EJ20 boxer. While there were many improvements and evolutions to the EJ engine series since its introduction in 1989, the clean-slate design of the FA20 allows for a more refined engine. This made possible for the 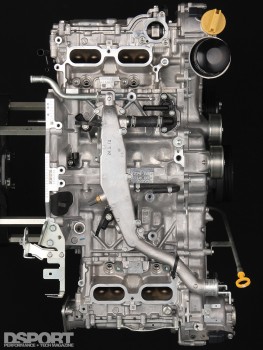 FA20 to meet stringent emission and fuel economy requirements with a design that is both simple and more advanced. For example, the FA20’s improvement in variable cam control eliminates the need for both the secondary induction system and a mechanical Exhaust Gas Recirculation (EGR) system to achieve peak performance and emissions compliance.

So what are the secrets behind the quieter, easy-to-service, less-cluttered, higher-performance engine design? TOMEI POWERED set out to answer that exact question. As a company rich in engineering heritage, simply making parts that look good isn’t the goal. Performance through engineering is a must. Hence, as soon as an FA20 engine became available, the first stage of development was initiated. TOMEI POWERED conducted a complete engine teardown and measuring session to build a blueprint of the engine. Comparing this blueprint to that of the EJ20’s allowed TOMEI POWERED to establish a solid basis for identifying potential weak links and areas of opportunity for product development. DSPORT is grateful to TOMEI POWERED for providing this information to the DSPORT performance family. 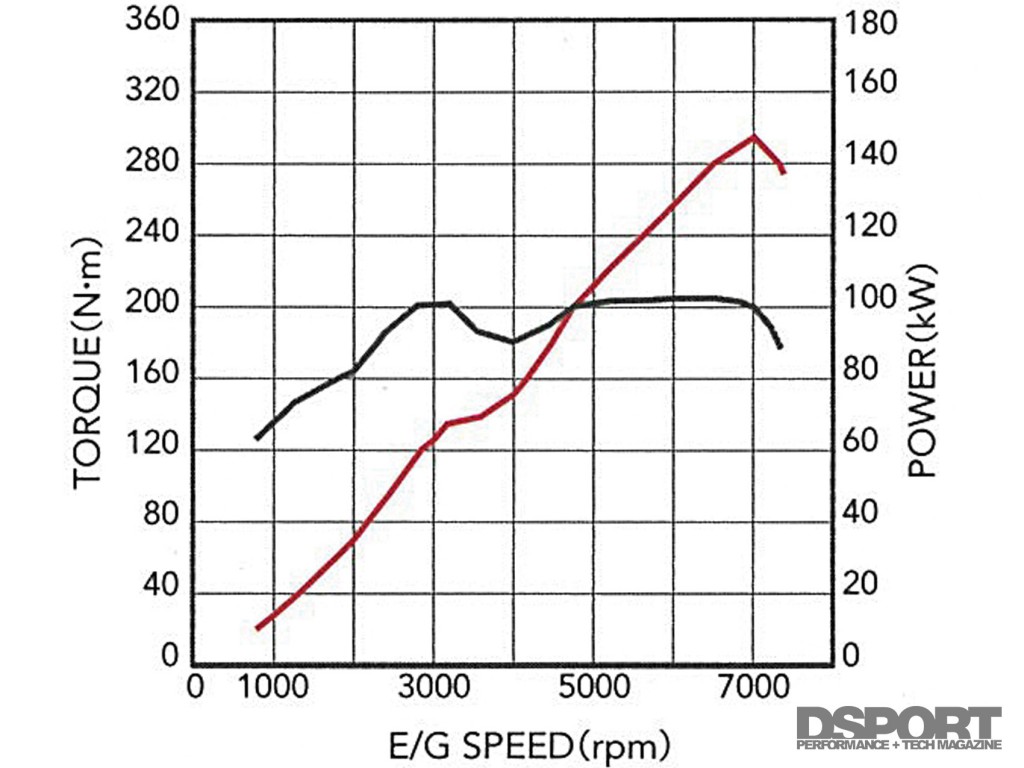 Over 150 lb-ft of torque is an impressive achievement from a 2.0- liter engine. Likewise, hitting the 100- horsepower per liter mark at 7,000RPM is equally impressive.

The intake port size is quite large, similar to what’s typically found in an inline race engine. The intake choke diameter measures 33 mm. On the exhaust port, many similarities are found to the EJ design.