Street, strip, cones and courses. Building a car that performs competently in all arenas is no easy feat. In fact, finding the right combination to accommodate all of these motorsports can prove to be downright frustrating. But for some, all-sport status is essential. What would be better than a machine that with only a few changes can make a nine- second pass down the 1320, finish in the top five at an autocross event, attack a circuit and own the streets like a bat out of hell?

David Bruzewski set out to build such a car. A quick ride in his friend’s EVO and he immediately fell in love with the platform. Without hesitation he found and purchased this 2004 EVO VIII. Before taking the EVO VIII to the next level, David put together a game plan that would bring all of his aspirations together in a single, unified, all-wheel-drive vision. He wanted a 700-plus horsepower street monster to take on all contenders. Little did he realize that his “one-shot build” would become an ongoing evolution of objective and performance . 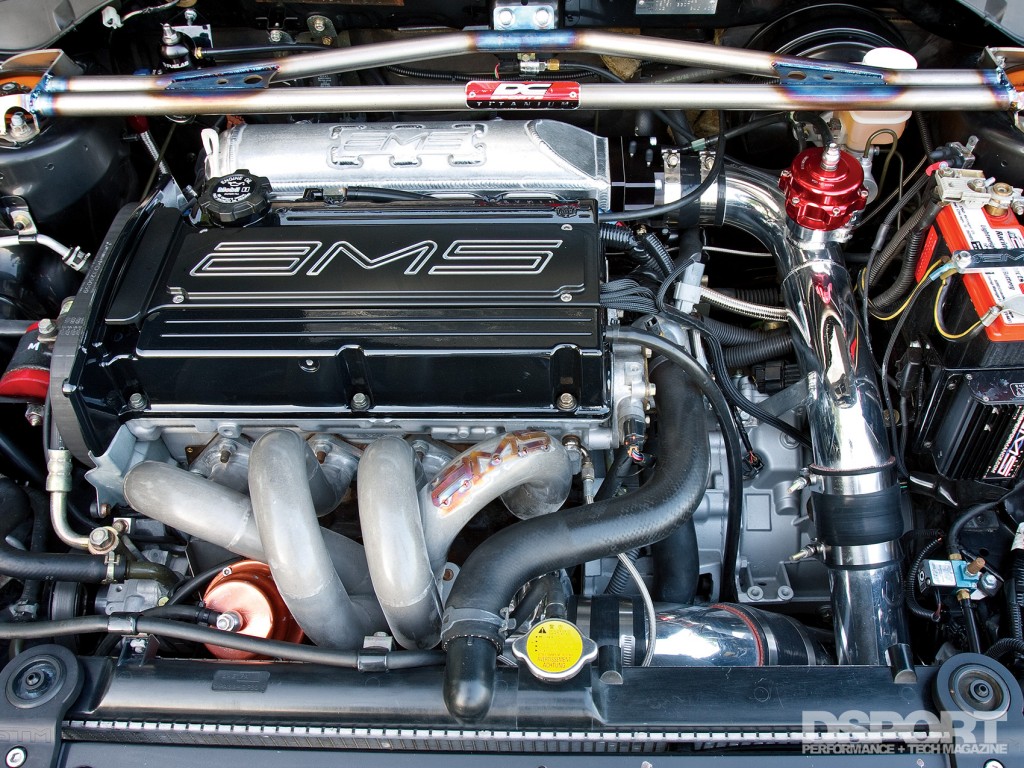 David began searching for a tuner that could turn his vision into a reality. After extensive consultation, he decided to work with AMS Performance in Chicago. Once delivered to AMS, the EVO began taking on a new form. After reinforcing the 4G63 shortblock with a 2.3-liter stroker kit, AMS provided its port and polish service to the cylinder head. Supertech +1mm valves and valve springs were fitted to the head along with TOMEI POWERED 280-degree Pro Cams. AMS then mounted its 700 horsepower-capable GT37R turbo upgrade to the engine with an equal-length AMS tubular exhaust manifold. 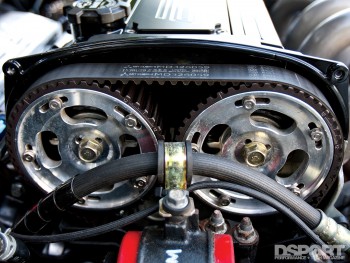 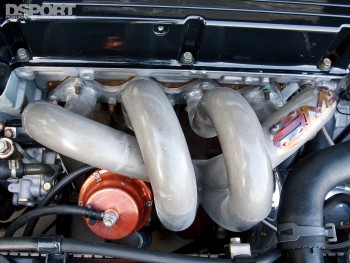 To support the target horsepower goal, a fuel system upgrade was in order. A set of Injector Dynamics ID 2,000 injectors is supplied by an AMS 1,000-hp fuel pump. With fuel and spark commanded by an AEM EMS 2 stand-alone computer, the Evolution spun the rollers of a Dynojet AWD dynamometer to the tune of 700 horsepower. 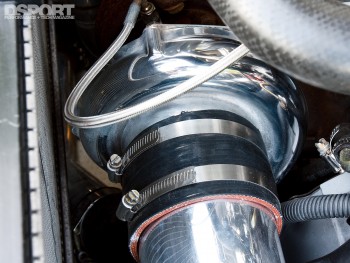 The AMS GT37R that was initially used to break 700 horsepower was switched to AMS’ GT850R turbocharger. Although the specifications for both are quite similar, the GT850R compressor wheel features a billet design with improved aerodynamics. While the compressor housing and the turbine housing remained largely unchanged, the end result is a turbocharger with improved midrange response and peak power. How is this possible? According to Eric at AMS, the billet wheel features an improved pressure ratio and more efficient flow. This translates into quicker spool up and greater horsepower at the same boost level compared to the GT37R. 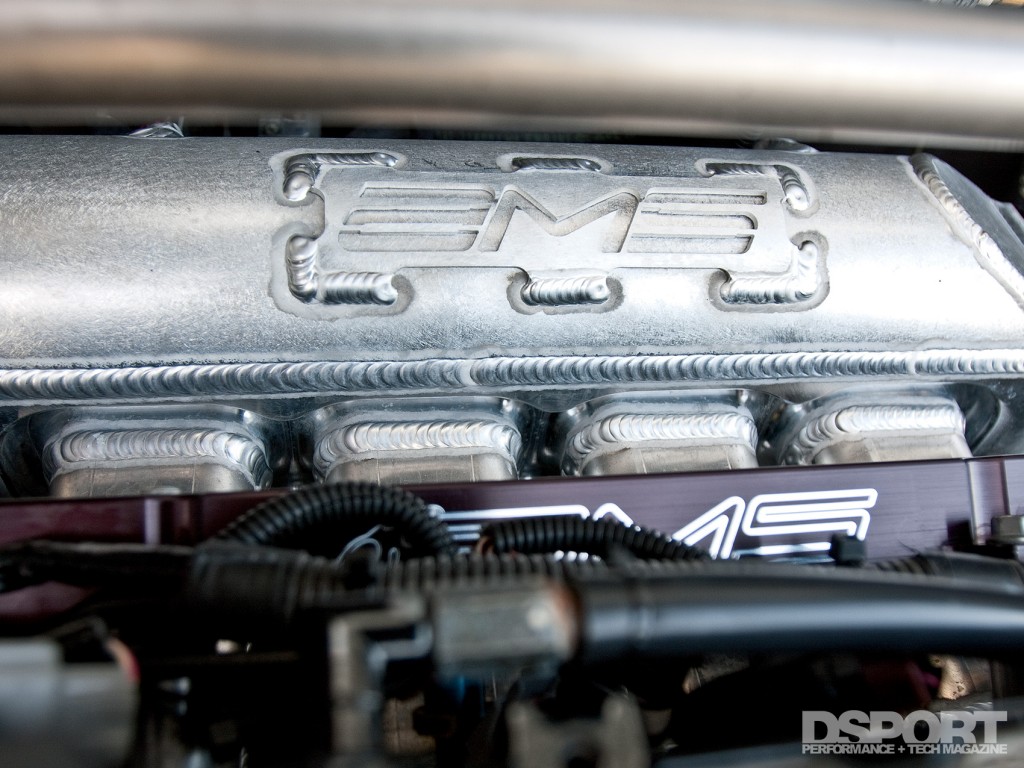 This AMS race manifold is one of less than a half dozen units ever produced.