There was a time when a turbo Integra was the epitome of import performance. A GS-R with a bolt-on DRAG kit would deliver about 300 horsepower to the wheels which was enough to smoke the tires at will. Sawing off Corvettes and 5.0s at a time when import performance wasn’t taken seriously, had a special reward. Over the past 15 years, much has changed but there is still a group of hard-core Honda FWD enthusiasts that love the rush of boosted VTEC. Today these enthusiasts fall into two categories. One group is all about the most bang for the buck as they mix and match factory, used and eBay components in search of performance. The other group has a tougher task. Make your vehicle stand out from a crowd that’s filled with exceptionally performing vehicles.

Jesus “Chuy” Navarro III’s original intention was to build a show car with a few JDM goodies and a bolt-on turbo kit to give the 1994 Integra a little extra kick. Updates started with the exterior. Aesthetic changes like all-red taillights and a rear bumper from the 98-up Integra modernized this DC4. The next improvement came in the form of a JDM Integra Type-R front-end conversion. Fuzion Autobody sprayed a gold hue to the shell, Japan-spec bumper and fenders along with the addition of Type-R headlights to give the Integra distinction. But with the JDM ball rolling, Chuy reached a little deeper into his pockets for exclusivity. A Mugen steering wheel, Spoon Sports side mirrors and a rare Spoon Sports gauge cluster completed the JDM look of the Integra. Finally, a carbon-fiber hood and trunk lid replaced their metal counterparts as a finishing touch. 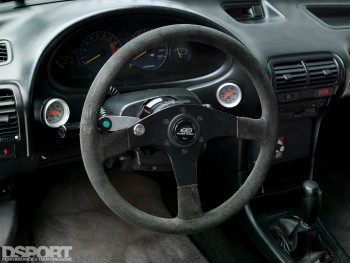 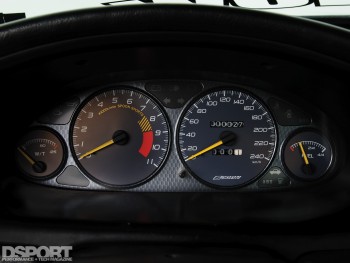 Bitten By The Boost Bug

Moving on to the next phase of his show car vision, Chuy began researching turbo kits for his car. He consulted Doug Jenkins of Power Pros for guidance. Seeing the big-power Hondas on Doug’s dyno sent Chuy’s showcar aspirations out the window. Big power became his new obsession. This meant that a simple bolt-on turbo kit would no longer suffice. A built engine and big turbo, along with a host of supplemental components, became the order of the day.

The block was sent out to RS Machine to receive a set of ductile-iron sleeves. Once installed, the sleeves were bored an honed to 84mm. The shortblock was then turned over to engine builder “Lucky Mike” to be assembled. Arias 9.5:1 compression forged-aluminum pistons made the connection to the factory crankshaft by way of Eagle forged connecting rods. The rotating assembly was fully blueprinted and balanced for reliability.

While the shortblock was at RS Machine, a B16A VTEC cylinder head was sent to Tom Fujita at Port Flow Design. Tom worked his magic on the ports for maximum and efficient airflow into and out of the cylinders. He then installed Port Flow Design valves, springs and retainers. This reinforced valvetrain and 284-degree Comp Cams would allow for reliable, high RPM operation for additional power. 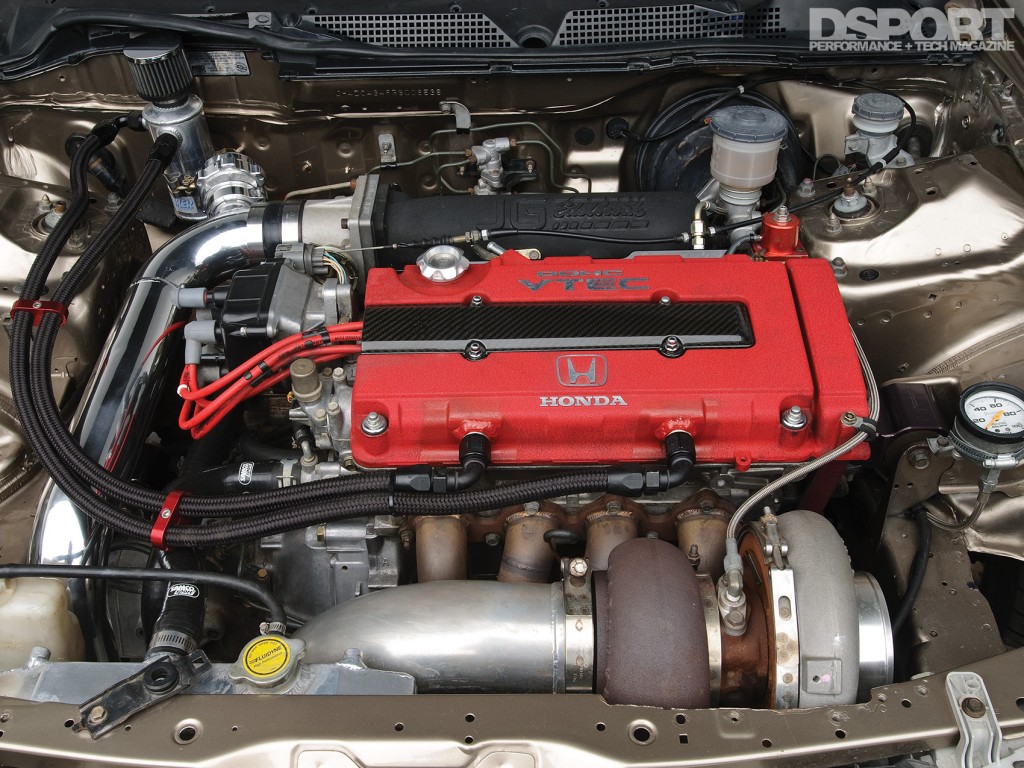 With a solid engine in place, matching the appropriate turbocharger became the next task. Considered overkill in years past, the Garrett GT4294R has become somewhat common in today’s high-horsepower Honda drag cars. Not one to be “short of the glory”, Chuy joined the ranks with a GT42R of his own. Fed by a Power Pros top-mount manifold with divided flange, the GT42R expels exhaust gasses through four-inch Burns Stainless piping and a race muffler that ends mid chassis. On the GT42’s cool side, compressed air flows through aluminum piping to the Garrett-core front-mount intercooler.

The aircharge makes its way to the Edelbrock 75mm throttle body and VictorX intake manifold. Ensuring adequate fuel to accompany the volume of air entering the engine required significant fuel system upgrades. An Aeromotive A-1000 fuel pump positioned under the chassis sends fuel to the BDL Industries fuel rail and RC Engineering 1,600 cc/min injectors. After the atomized fuel mixes with the pressurized intake charge, the mixture enters the combustion chambers. Relying on an MSD 6AL ignition amplifier for consistent and enhanced spark energy, the Integra was ready for tuning. Doug manipulated and refined fuel, ignition and boost maps on a Hondata S300 engine management. With the Integra strapped to the Dynojet 224X dynamometer, the boost was brought up to 28 psi as the fuel and ignition tables were adjusted accordingly. At its best, the Integra spun the rollers to a measured 715 horsepower and 480 lb-ft of torque. 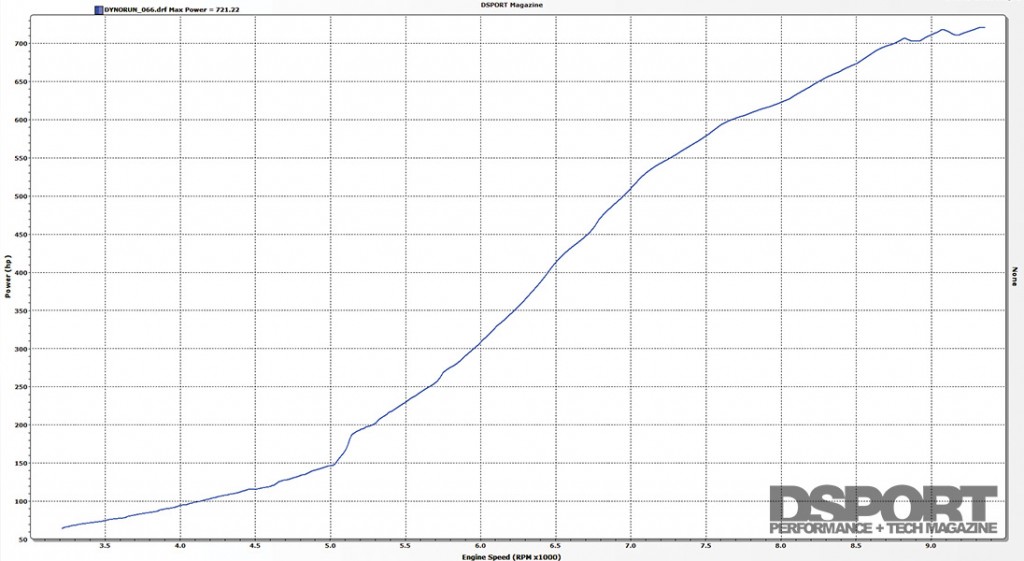