One can never fully anticipate where a career path will lead them, especially when it’s a career in the military. When Paul Castillo graduated high school in 1995 and enlisted in the Air Force, he couldn’t have guessed where his duties would take him. When assigned to Yokota Air Base, Paul quickly fell in love with Japan. Living in the motherland of import performance and the Wangan, (a stretch of the Shuto Expressway infamous for street racing) Paul couldn’t pass up the opportunity to own a Nissan Skyline. He first purchased an R33 Skyline GTS-T Type M which only fueled a burning desire to own a GT-R. Paul traded his GTS-T for an R33 GT-R and then on to an even rarer R33 GT-R LeMans Limited V-Spec. Just before upgrading turbochargers, Paul’s friend mentioned a desire to sell his R34 GT-R to get a new R35. With a friendly price on the table for this extraordinary R34, Paul couldn’t resist.

Paul took ownership of this R34 GT-R built by legendary Top Secret Performance Engineering Services. Every aspect of the R34 showcases Top Secret’s abilities to create automotive masterpieces. With Kazuhiko “Smokey” Nagata at the helm of this GT-R’s construction, remarkable performance and striking looks were a given. Smokey created a stunning car easily drivable on the street and capable of competitive performances on a circuit. Smokey addressed virtually every facet of this Nissan to make his vision a reality.

Starting at the heart of the Skyline, Top Secret installed its 2.8-liter RB26 Complete Engine system. The foundation of this system, a fresh NISMO N1 block, was chosen for its thicker cylinder walls and enlarged coolant jackets. The cylinders were bored to accommodate 87mm pistons (factory spec is 86mm). A fully- balanced HKS rotating assembly consisting of forged-aluminum pistons, forged H-beam connecting rods and a 77.7mm-stroke forged crankshaft increases the total displace- ment of the engine to 2,771cc. Increasing the displacement provides additional exhaust gas energy to “spool up” the turbo sooner. 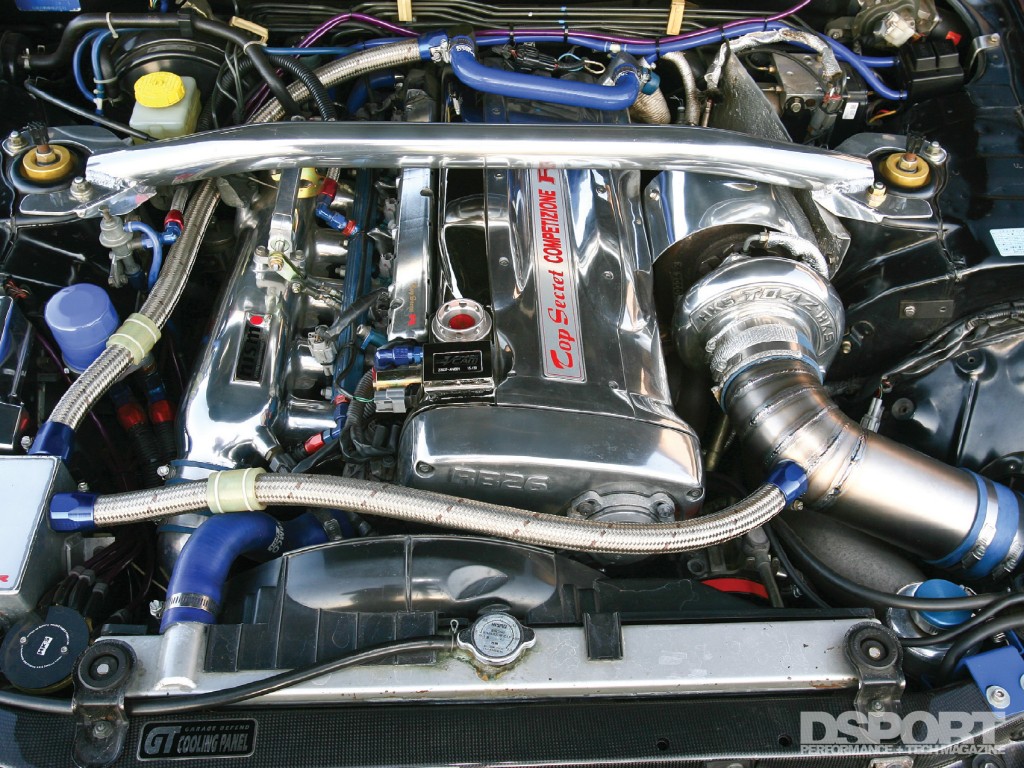 A very rare and high-dollar HKS Valcon V-Cam Pro system was also incorporated on this engine. This system allows the intake camshaft to be actively advanced or retarded to maximize performance. The system advances the intake cam at lower RPMs to maximize low- end power and boost response and then retards the cam timing at higher RPM to maximize top-end power. HKS developed the system as an possible alternative to increasing an RB26’s displace- ment to improve torque and response. On most applications, the Valcon allows full boost to be realized 200 to 500RPM sooner. When combined with an increased displacement engine, the HKS Valcon V-Cam Pro system allows a 2.8-liter RB engine to have the torque and boost response of a engine that’s 200cc to 300cc larger.

The strengthening of the RB platform, increase in displacement and improvements of the engine’s volumetric efficiency through the camshaft system provide a foundation that is primed and ready for a turbocharger that’s also optimized for response.

The selection of the turbo system dictates much of the character for an engine. In general, turbochargers with lower power potential will provide faster boost response than the mammoth turbochargers required to make the four-digit power figures. Since this GT-R’s purpose was to have fun terrorizing the streets, boost response was a primary concern. As many tuners in Japan and Australia have learned, the HKS T04Z turbo 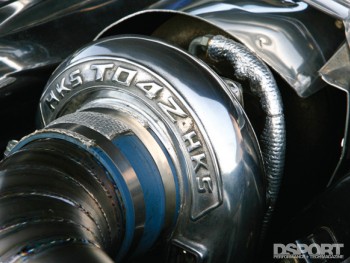 is perfectly sized for the RB engine that is destined to rule the street. The T04Z features the flow capacity to reach 600+ whp at sane boost levels while its twin-scroll exhaust manifold separates the exhaust pulses, allowing gasses from each port to flow without colliding with each other. This maximizes the work done from each exhaust pulse while reducing the load on the engine. The end result is quicker response and more power. Once the turbine spools the compressor, spent exhaust gasses exit the turbine housing through three-inch exhaust piping. On the cool side, an ARC intercooler is linked to the compressor outlet via GReddy piping. The intercooler rejects charge air heat, increases air density and reduces the chance of detonation. The cool air charge then flows into a NISMO GT intake plenum, equalizing flow into the intake ports. 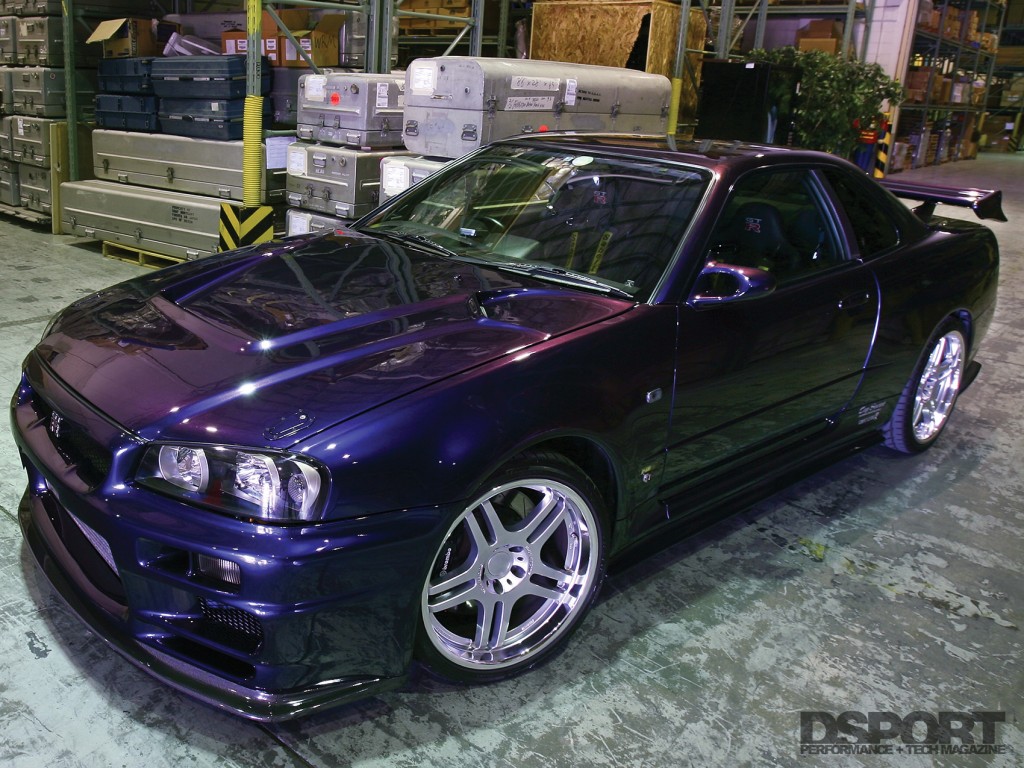