Inspired by high horsepower rally machines of the 1980s and early 1990s, the battle between the Mitsubishi Lancer Evolution and Subaru WRX STI carried on for over a full decade. Both platforms kicked off in the early 1990s, sporting turbocharged four-cylinder engines sending nearly 300 horsepower through an AWD drivetrain. […]

“Is this it? Have we reached the limit?” When building any platform for racing, there’s a point of inflection when going faster becomes exponentially harder and astronomically more expensive. At that point, the question becomes whether to march forward with the existing platform or to start over from scratch. Whether […]

On February 25th, the 2017 time-attack season officially kicked off in Japan at the Attack Maximum Challenge. Held at Japan’s most famous time-attack venue, Tsukuba Circuit, the event attracted over 80 entries in four hotly-contested classes. Garage G-Force, ESCORT Racing, AutoBahn, RE Amemiya and Sakamoto Engineering were among the 40-plus […]

Back in 2012, driver Jeremy Foley and co-driver Yuri Kouznetsov found themselves flying off the edge of a mountain during their run up the Pikes Peak International Hill Climb. The 550whp Mitsubishi Evo 8 took flight from the infamous “Devil’s Playground” corner at 70 MPH as the EVO glided into […]

Racing runs in the blood, and for some families it runs deep and to the core. In the case of the late rally driver Roger Clark, it started when he passed his driving test at age 17 and joined the Leicester Car Club. Clark competed in a variety of platforms […]

Many racing sanctioning bodies require drivers to be able to exit a stopped car in only seven seconds in the case of an emergency. This may not sound like a long time, but it can feel like forever when flames fill the vehicle cabin. All the while, the driver must […]

BUILDING PROJECT CARS IS RARELY A SMOOTH PROCESS, AS THERE ARE INEVITABLE BUMPS IN THE ROAD, unexpected errors and stages of the build that simply don’t go according to plan. Even well-thought-out builds can encounter hardships and adversity. But the reward for perseverance can make it all worth while. Mike […]

THE RELATIONSHIP BETWEEN THE MANUFACTURERS and the tuners has evolved with the incredible growth seen in the aftermarket tuning segment. In years past, enthusiasts and tuners would anxiously wait for secretive new platforms to be released, and then begin prototyping and testing once they were able to acquire one. Fast […]

IT IS OFTEN THE CASE THAT NEW COMPETITORS WILL ARRIVE AT A CONTEST, start at the bottom and progressively inch their way toward the top with each successive event. On the other hand, there are also competitors that will set their initial sights on the top. Of course, reaching the […]

You’d think that the winter season would serve as the time for racing teams and drivers to hang up their gear and take a break, but there’s one race in December that no one in motorsports wants to miss. The 25 Hours of Thunderhill presented by Hawk Performance returned in […]

In automotive culture, excess garners attention. People love to compete for the highest peak horsepower, the lowest possible ride height or the most flamboyant widebody fenders. For Yokohama tuning shop, Advance, building a car that balances style, speed and practicality without being excessive makes the most sense. Advance’s Tasuku Yagihashi […]

Why should anyone care about time attack? Motorsports around the world already deliver wheel-to-wheel, on-road and off-road action with nearly every style racecar imaginable, so why bother with a motorsport that appears to many as a large-scale autocross? Although time attack competition prioritizes a single best lap time above all […]

Ford’s impressive ECOBOOST engine collection features several technologies that increase both efficiency and performance. These technologies include computer-controlled variable valve timing, a direct injection fuel system and even the latest turbocharger design from BorgWarner. Variants of these engines power the entire Ford lineup, from the economic Focus to the hefty […] 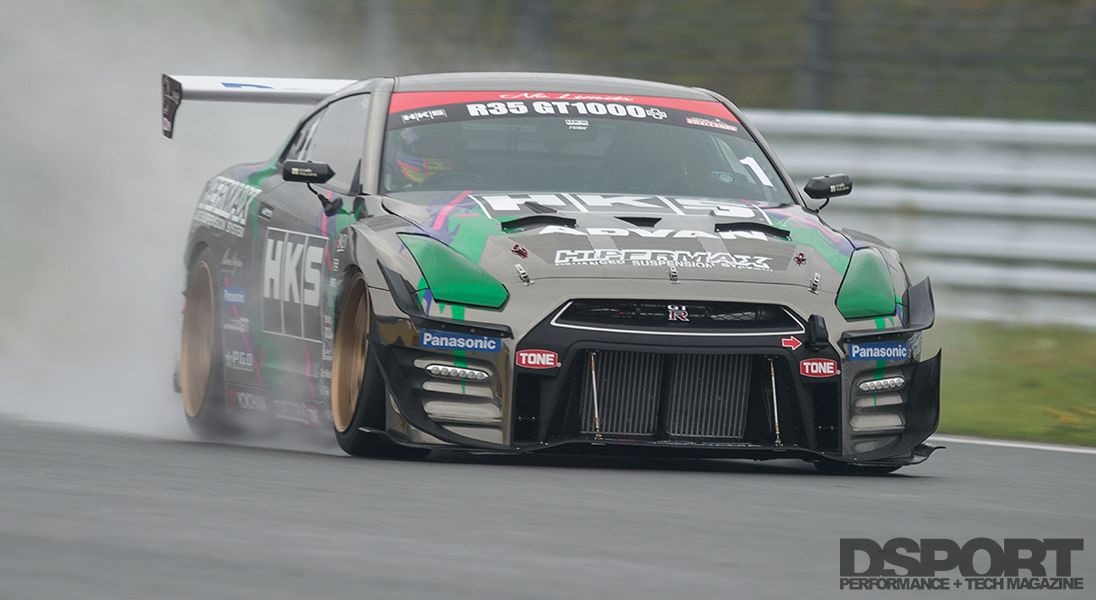 If you haven’t been on DSPORT’s Tokyo Auto Salon Tour or visited Japan at all, then you may not be very familiar with Japanese hospitality. Visitors to Japan often speak of the high level of warmth and customer service that’s prevalent in the country. In Japanese language, this treatment is […]

We’re proud to announce our first ever track event in Japan, the DSPORT Tuner Challenge. Taking place at the famed Mobara Twin Circuit on January 16th, 2017 and included as part of the 2017 DSPORT Tokyo Auto Salon Tour. Japanese drivers will be competing in Drift/Grip sessions to win trophies […]