One thousand horsepower. Only an elite few can claim to this performance milestone. Even fewer can make this claim from behind the wheel of a fully-streetable Nissan 350Z. While a number of “pure drag” cars have achieved the “1KWHP” figure, most sacrifice the response needed to make the car fun to drive on the street. Chris Shively’s plan for his project 350Z didn’t include compromise. Instead, this second-generation car fanatic would set out to build a Z33 that would impress performance, show and car audio enthusiasts. 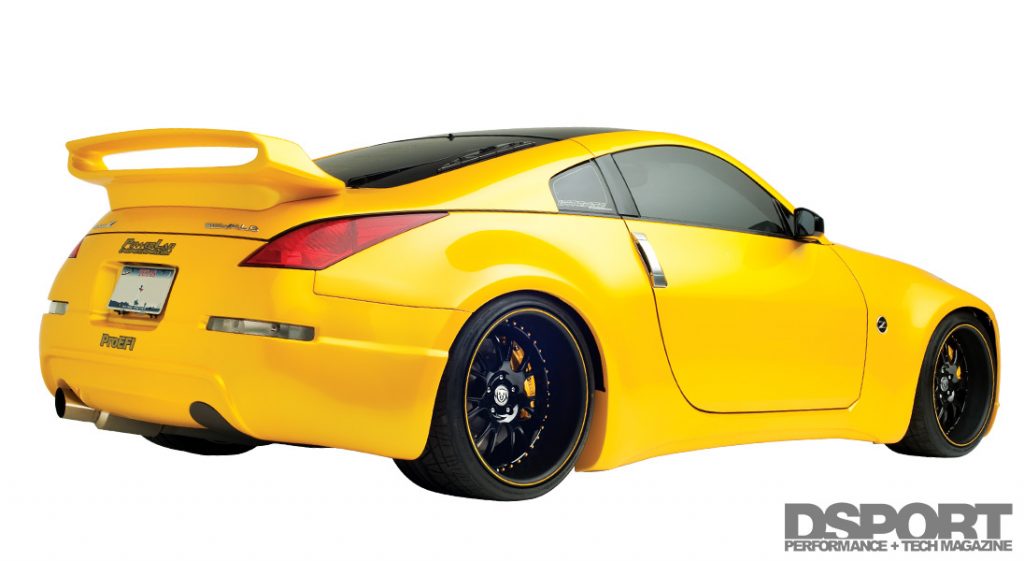 Since purchasing the 350Z in 2003, making over 1,000 horsepower was the performance target. A lofty goal for any brand new engine platform. However, rather than spending his own money to finance the developments of the VQ35, Chris planned to wait a few years to see what products and technologies worked and which didn’t. While horsepower-hungry builders usually start under the hood and build their way to the exterior, Chris did just the opposite and probably saved himself thousands of dollars. 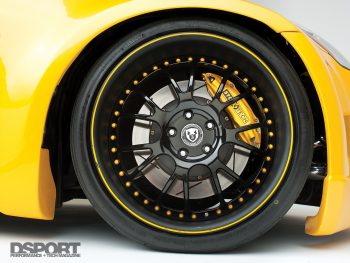 Stealer Seeking a subtle and complementary improvement to Z33’s body lines, a WALD aero kit added distinction to Chris’s Z. A hands-on enthusiast, Chris performed some of the work with a local body shop to cut and weld the fenders, increasing the width of the Z33. The end result is a one-off wide-body that looks factory fresh. To fill the wider fenders, a set of 19×11-inch iForged wheels occupy the fronts while 20×13-inch rollers take the rears. The wheels carry NITTO INVO tires (285/30R19 in front, 345/25R20 in back) to put down a serious contact patch with the pavement. Massive StopTech calipers (six piston fronts, four piston rears) and larger-diameter, two-piece rotors bring this hard charging missile to a stop fast. 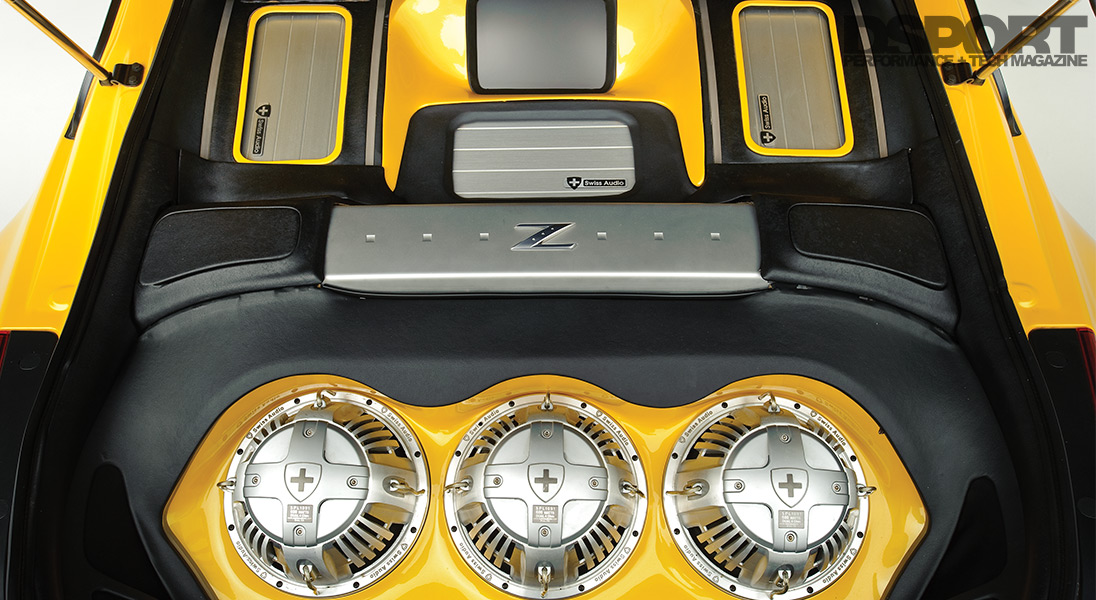 Since adding power under the hood would have to wait, power was added to the interior instead. A Swiss Audio competition sound system filled the cargo area, adding five amplifiers and three subwoofers. Four midrange drivers and a pair of tweeters produce the mid and high frequencies in the cabin. This 4,000 watt system centers on a Kenwood GPS/multimedia head unit.

(L) The fuel filler now resides behind the license plate. (R) The front bumper is home to the PowerLab FMIC w/ Garrett Core

Once the performance aftermarket had identified the VQ35’s weak links and developed the right products to make 1,000+ wheel horsepower a reality, Chris looked for the right shop to make it happen. Local engine builder Lightspeed Performance began work on the VQ35. The cylinder heads were ported before upgrading the valvetrain with +1mm valves, springs and titanium retainers from Ferrea. TOMEI POWERED 264-degree camshafts were selected to orchestrate valve events. The shortblock was sent to AEBS to receive its newly-developed big displacement kit. AEBS re-sleeved the block, bored and honed the cylinders, then filled the block with 100mm 8.5:1 compression pistons. The big bore pistons were connected to the 90mm stroker crankshaft by AEBS forged connecting rods. 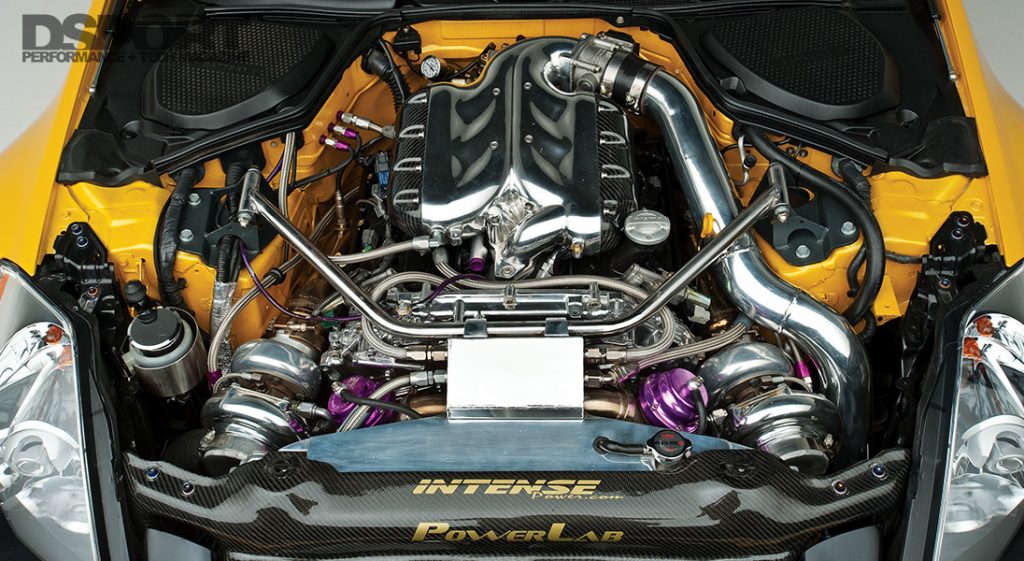 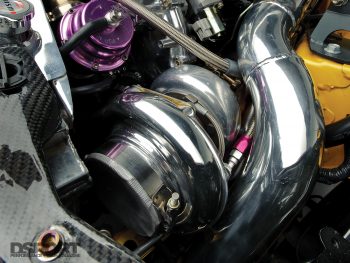 Shortly after finishing the block, Lightspeed closed its doors, prompting a search for a new tuner capable of seeing the VQ35 to completion. Chris chose Intense Power (IP) of Gilbert, Arizona to complete the project. IP had already devised a plan for twin top-mount turbochargers, but there was a catch. Chris insisted that the A/C and power steering had to be retained. Relocating the accessories first, IP designed a custom bracket to move the A/C compressor out of the way, while the adaptation of the electronic steering system from a Toyota MR2 eliminated the need for the power steering pump. With plenty of space now available, PowerLab (PL) fabricated stainless-steel manifolds that positioned the GT37R turbochargers behind each headlight so that the compressors could draw in cool air from inlets behind ducts in the bumper. 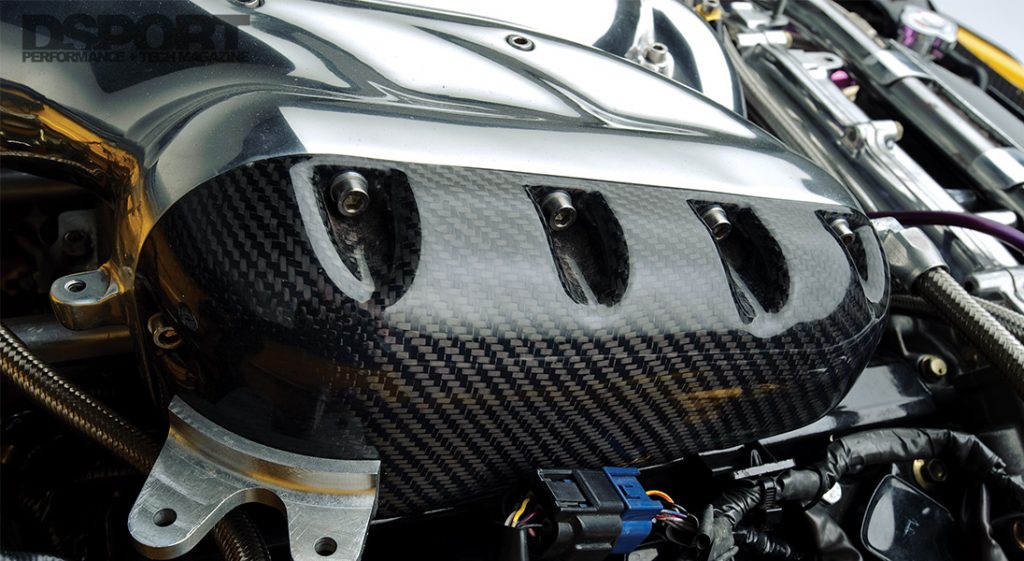 To accommodate the sloping hood line, the factory intake plenum of the VQ35DE offers less plenum volume to the first two cylinders compared to the other four. To equalize the air charge reaching the cylinders, a Cosworth aluminum intake plenum takes its place atop the VQ35DE. The Cosworth intake features a dual-plenum design that delivers the air charge to each cylinder equally, while velocity stacks accelerate the airflow toward each intake port. Cosworth states that improvements in both midrange torque and top-end power can be realized.

Engineers design motors with a margin of durability beyond the intended horsepower capability for reliability. However, this margin disappears quickly when adding forced induction to a normally-aspirated engine. The VQ35DE in the 2003 Nissan 350Z generates 287 flywheel horsepower or approximately 244 horsepower to the wheels. Boosted, the factory engine can hold up to 400 wheel horsepower before reliability and durability become compromised. Factory connecting rods and pistons have proven to be the weak link when generating higher horsepower. With lofty horsepower goals in mind, simply upgrading the pistons and rods would be just part of the plan. Increasing the bore and stroke would be essential for maximizing response with the big turbos. An AEBS large bore stroker kit complete with 100mm pistons and a crankshaft with a 90mm stroke increase the displacement to 4,241cc, an 21 percent increase over the factory specifications. AEBS ductile-iron sleeves reinforce the block to accommodate the 100mm pistons while increasing the block’s strength to contain the increased cylinder pressures necessary to reach over 1,000 horsepower. 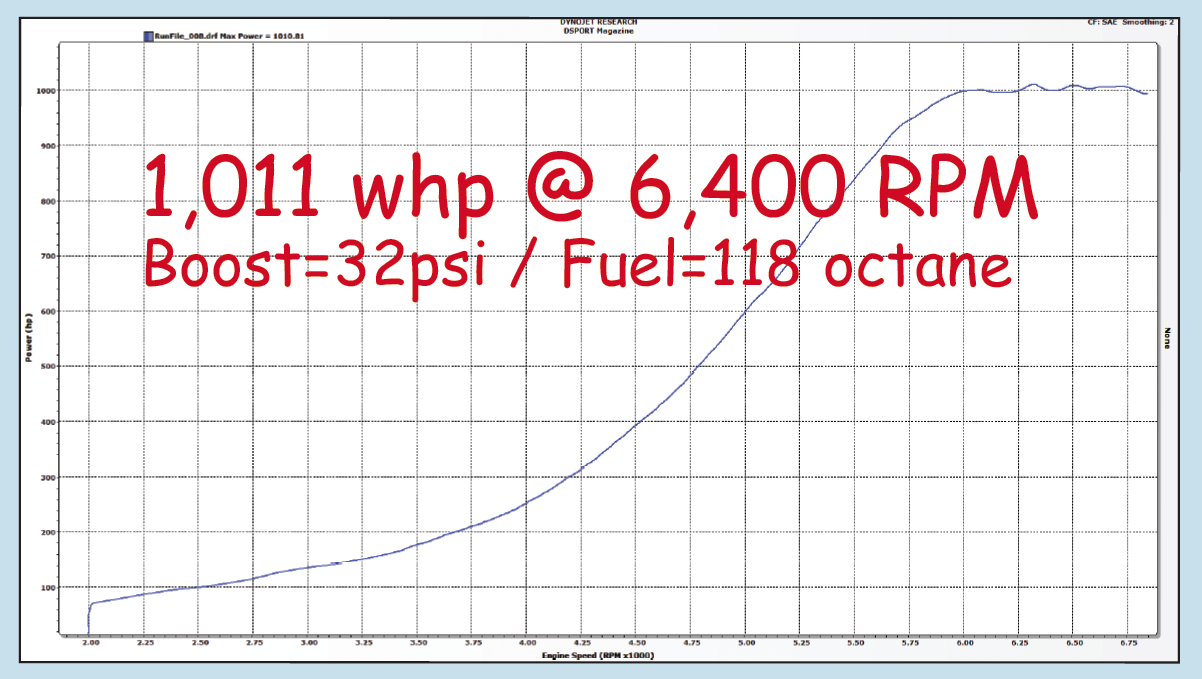 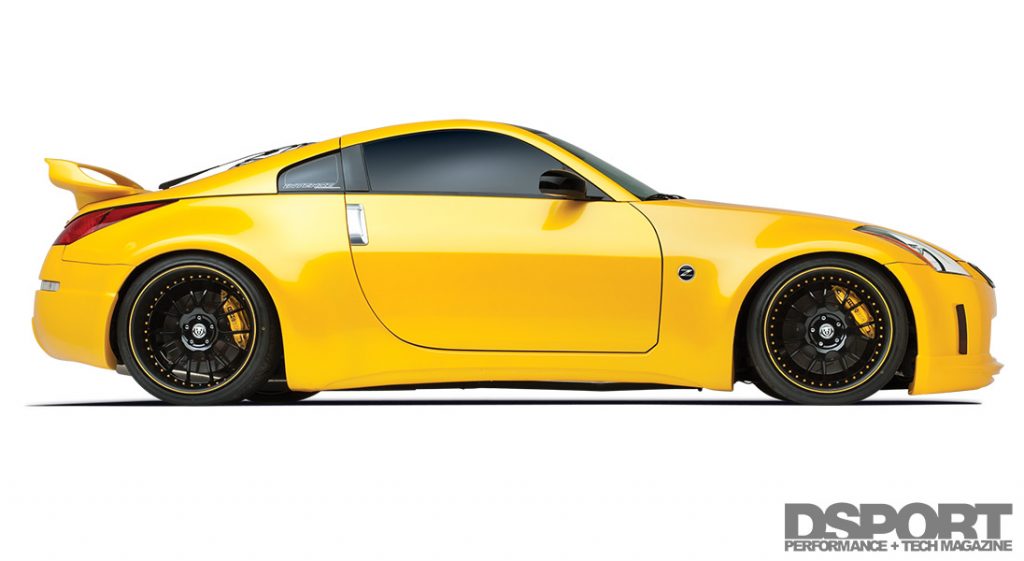 While the build took six years and $150,000, Chris can’t help but beam with satisfaction. The Z finally embodied his vision, delivering on every level. He comments, “A great deal of time, money and effort were invested with the goal of being the cleanest, most technically-advanced 350Z around. From the custom metal wide body to the stroker engine and custom turbo system, no part of this car’s design had been overlooked. What sets this machine apart is the team of guys and girls that have given all they have to make it come together.” Just before press, Kazuhiko “Smoky” Nagata of TOP SECRET Japan and this 350Z just happened to be in Houston for the Anime Matsuri 2010 show. Smoky gave this 350Z the thumbs up and called it the best engineered car at the show. Coming from Smoky, that meant the world.