The world of racing is filled with stories. Each car build brings an entire journey along with it, from cars that were once garage queens, to ones that have never seen tracks. Steve Glassen wrote an iconic tale with his 1992 Nissan Skyline GTS-T. What was once a rolling shell with a widebody kit sitting next to it became the car that turns all eyes. Here’s how Steve has managed to take this car to the elite 1K horsepower club. 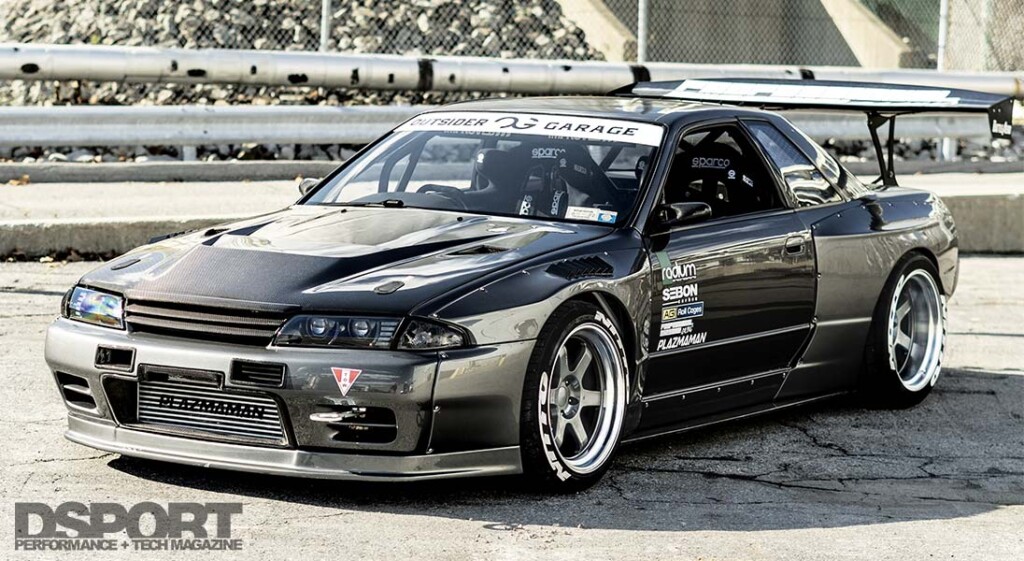 Steve has always been a fan of the R32 platform, even owning one before. “I’ve always been in love with early ‘90s Japanese imports,” said Steve. He owned a 300zx, MR2, and an RX-7 FD before, but the dream has always been the Skyline R32. The first R32 he owned was enough to make him fall in love with this model and the legendary RB engine. A few years after his friend imported his R32 from Japan, Steve was in the market for one of his own. His friend’s R32 was a rolling chassis with a Pandem body kit ready to go on the car. When his friend was having his third child, it was time to get rid of some toys, and the R32 was one to go. Steve quickly jumped on the opportunity and bought himself his dream R32. The only problem was this car was too far from completion. With just the rolling chassis, a body kit, and the will; Steve was in for the ride of his life.

“When I bought this shell, I was extremely happy with how clean it was,” said Steve. “This was going to be a perfect platform to build upon.” With the initial launch of the build, Steve couldn’t really hate anything about the car. It was a shell and he went into it knowing that, so there were no disappointments. Steve quickly got to work, stripping everything down and replacing almost every part on the car with exactly the parts he wanted. The only issue was the pinched welds under the rockers, as they were damaged when a previous owner tried jacking the vehicle improperly. “This is typical and this shell was no exception,” said Steve. The issue was repaired and it was time to set the goals and start checking them off the list. 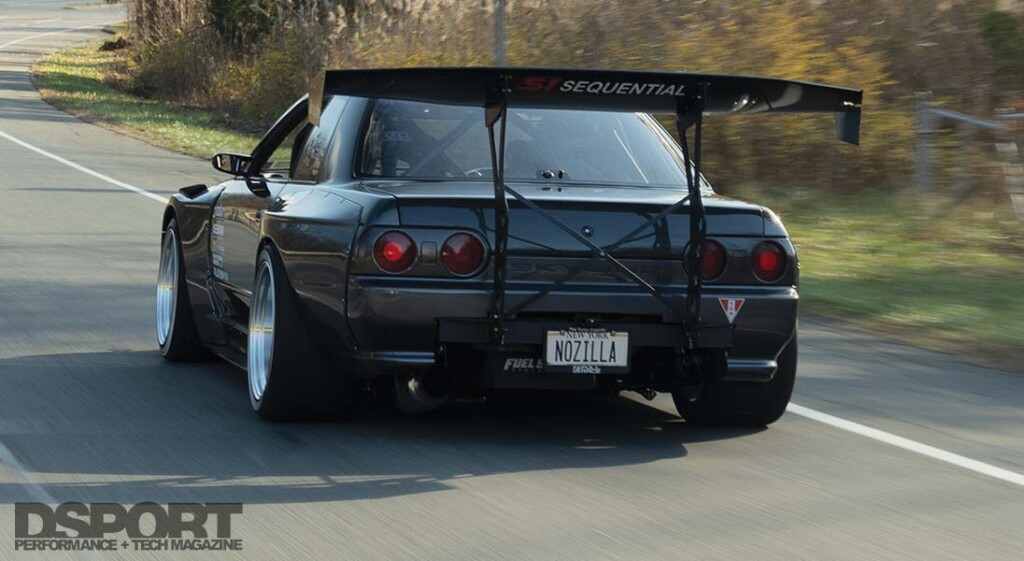 “My goal was to create a formidable track car with peak power around 1,000whp,” said Steve. To make it a true race car, Steve wanted to significantly lighten the car and shift the weight balance closer to 50/50 front and rear. Aerodynamic upgrades will also have to be incorporated to increase downforce on the track and glue it down to the road. With a goal of 1,000whp, the chassis will have to be significantly stiffened to improve handling around the road course. Like any build, the goals must continue evolving as issues arise and parts change. This would be no different for Steve, as the plans and goals continued changing throughout the build on the road to the 1,000whp. 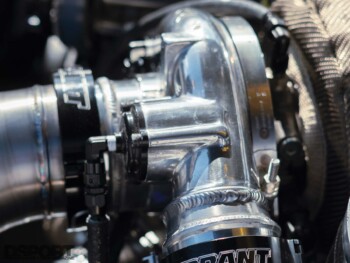 The pandemic changed everyone’s plans, and this was also the case for Steve. Waiting on parts, waiting on machine work, and operating around people’s quarantine schedules were all issues that came courtesy of COVID. The plans continued changing, and while he planned one thing, he would later realize he had to go another route. “I originally was going to use a smaller Borg Warner EFR 8374 turbocharger, which would have paired nicely with my engine with its quick spooling characteristics; however, it would limit my top-end horsepower to around 800,” said Steve. He figured if he was going to do it himself, he needs to go to a bigger one and have some fun achieving big power numbers. The largest turbocharger in the EFR lineup was ordered, the EFR 9280, capable of over 1,100 horsepower. “From what I’m seeing so far this turbocharger spools incredibly fast for its size.” 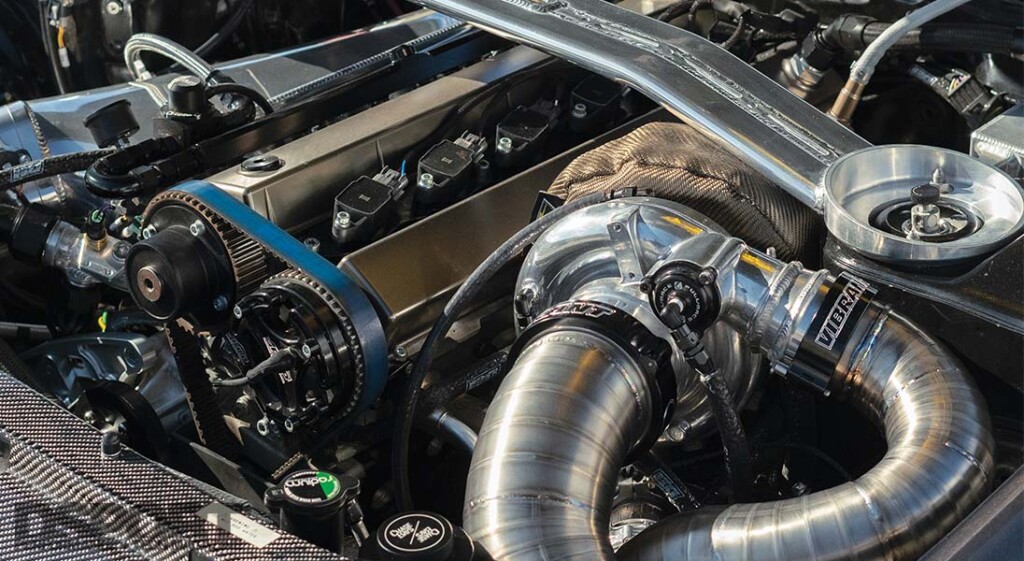 Using the RB25 NEO block as the foundation, it was decked, bored, and honed using a PRP torque plate. Equipped with all of the quality internals you’d expect from an engine outputting that much power, Steve installed the Borg Warner EFR 9280 turbocharger. Three AEM fuel pumps feed Injector Dynamics 1700 injectors to match the air coming from the large turbocharger. Managed by a Haltech Elite 2500, the R32 Skyline GTS-T delivered 1,000whp at 8,800 RPM and 730 lb-ft of torque at 6,200 RPM with a redline of 10,000 RPM. This was achieved when running on 40 psi of boost using E85 fuel and Nitrous Express. The goal was achieved and the power was made, but the car was nowhere near done in the eyes of Steve.

Reaching this kind of power came with a hefty list of struggles. “The worst moment was when we tried to build oil pressure and there wasn’t any,” said Steve. This forced him to take the engine out and apart for inspection. The problem turned out to be that the oil pump wasn’t packed and it was creating an air lock that prevented pressure. The bad moments were followed by great ones, like when the engine started up for the first time. “Finally, after all of the work, trials, and tribulations; hearing the 2.9-liter stroker was absolute music to my ears.” With everything running well, Steve wanted to pay special attention to the body kit. “Often times, the Pandem widebody kit is a symbol of stance,” said Steve. “These cars look nice, but often handle horribly and lack any significant performance.” Steve looked at the Pandem kit from a different angle. He wanted to increase his wheel track, improve handling and corner grip, and have a part that’s easily replaceable if broken. Steve succeeded in backing up the wide stance and aggressive aero with a massive amount of power. 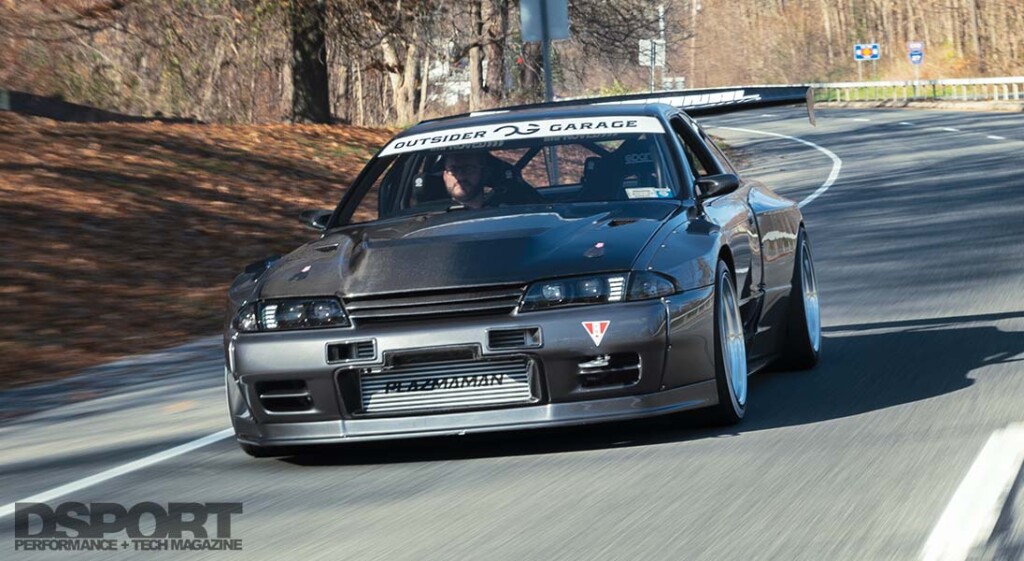 This is a true racecar, not just for show. The goal was to build an actual track car, and this upcoming year is when the R32 goes to its home on the track. Before putting it to the test, Steve plans on taking the engine out to add some additional aero parts, like flat bottom, ducting, splitter, rear diffuser, as well as chassis bracing, DBW throttle and an electric fuel pump. The biggest change would be the plan to add a Samsonas sequential transmission, but that would come later on when the financial damage from the build is recovered. Car enthusiasts would do anything for a project car, but sometimes we could get a little picky. Steve proved that a rolling chassis is gold when approached right. After sitting for years, this R32 is one special project with a ton of power and capabilities, and best of all, it created a story that will be told for years to come.