The history of Audi in motorsports has been embedded in history for decades. A killer on rally tracks around the world, it didn’t take long for Audi to find a home on drag strips. The all-wheel drive configuration, mixed with the lightning speed and capable dual-clutch transmission gives it all of the advantages on the strip. Hank Iroz has been building and maintaining specialty cars like the Audi for years, but none more impressive than his Iroz Motorsport 2017 Audi RS3. Here is how Hank and Iroz Motorsport were able to build the world’s quickest RS3. 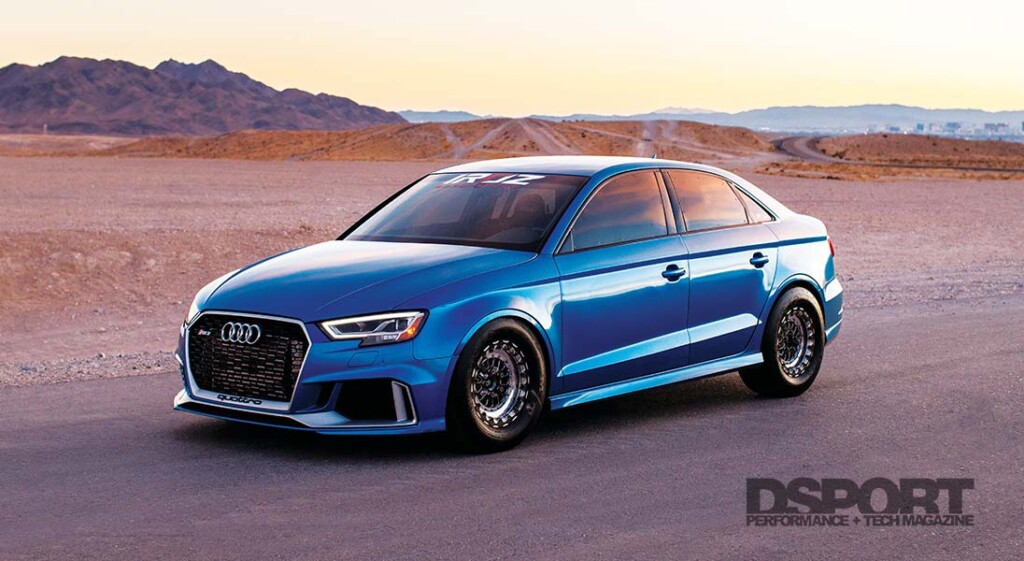 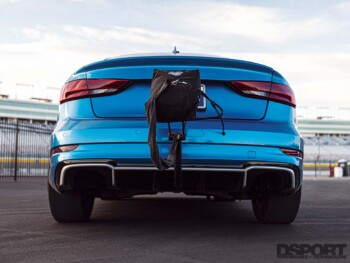 In an attempt to escape his five sisters, Hank Iroz always found his peace in the garage with his father. After working in aerospace machine shops and learning how to precisely  weld in structural welding shops, Hank made the move to Utah to pursue an engineering degree from Brigham Young University. It didn’t take long before Hank started using his experience making one-off parts for his friends on their journey of upgrading their cars. The hobby quickly turned into a means to provide for his family when he quit his night job, and while attending school started manufacturing small runs of parts. After joining the Formula FSAE Hybrid competition, Hank moved Iroz Motorsport to Las Vegas at the Las Vegas Motor Speedway. Today, Iroz Motorsport focuses on building and maintaining VAG Group vehicles (Audi, Porsche, and VW) and often takes part in high performance builds in platforms like the BMW, Lancia, Fiat, and others. The shop’s pride and joy, however, is Hank’s 7-second Audi RS3.

On July of 2017, Hank decided to buy a brand new Audi RS3. The plan was never to keep it stock; instead, a full-blown build was the reality. “When the salesman asked me if I wanted the extended warranty, I laughed and said, ‘no, I’m good. Thanks.’” With Iroz Motorsport being his sole focus, this meant this brand new 2017 Audi RS3 was immediately destined for greatness. The result would be the car that represents the shop and provides Hank and the team with an immense amount of joy on the track. “The whole platform is just so strong,” said Hank. “The motor, transmission, and suspension just marry together for an incredible package. And it still has four doors and air conditioning.” With the RS3 in his possession and under Iroz Motorsport’s roof, it was time to set the goal and attempt to smash it. 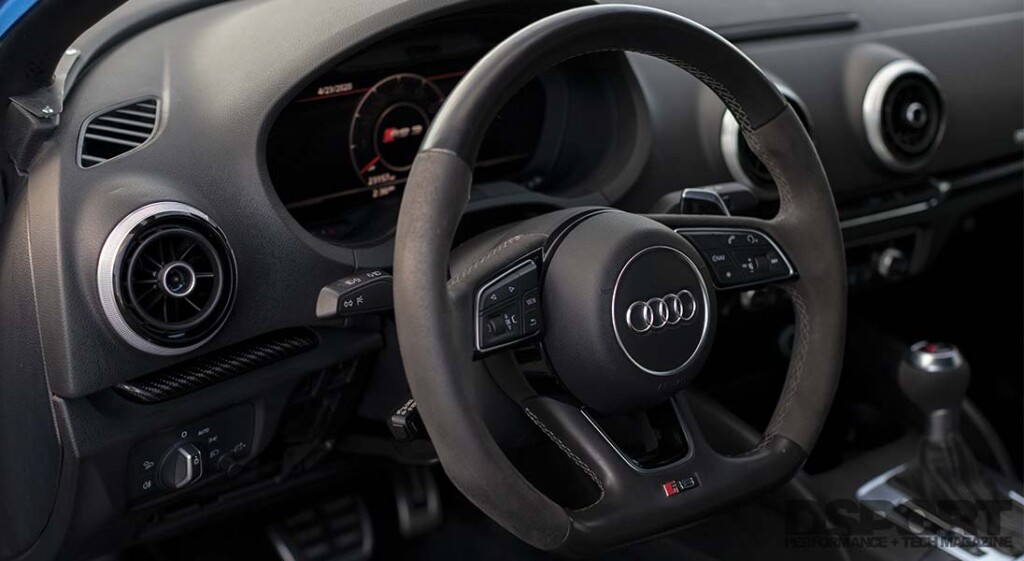 For some enthusiasts, the goal is to build a quality, quick car, for others, it’s reliability and looks, but for Hank and Iroz Motorsport, the goal was to build the quickest RS3 in the world – plain and simple. “Getting in the sevens was what we were shooting for from day one,” said Hank. More importantly than shattering records, Iroz wanted to change everyone’s view of the platform. The goal was no easy feat, but fortunately, the platform had a beastly dual-clutch transmission and a more-than-capable 5-cylinder engine. In the right hands, this vehicle could become an icon, which is exactly the direction Hank was heading. “The one thing I didn’t care for was the lack of performance parts that didn’t just look good, but really upped the performance,” said Hank. With such a massive problem to face when trying to be the quickest in the world, Hank had one way to solve it. “I just made them myself,” he said. 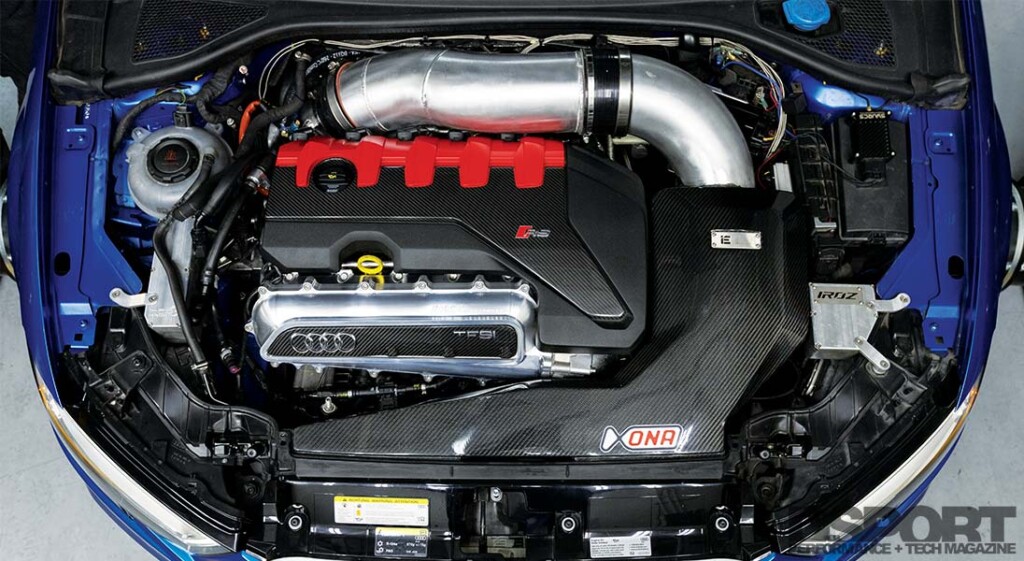 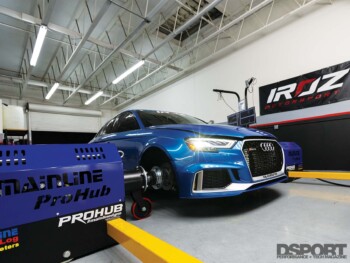 Using the DAZA 5-cylinder Audi engine as the foundation, Iroz Motorsport completely went through it with their Stage 3 build. The built block received all quality parts and numerous custom ones from Iroz Motorsport. Then a Xona Rotor 105/69 turbocharger made its way into the engine compartment. To match the increase in compressed air, an ESLM fuel pump replaced the factory unit, feeding 2,600cc injectors with Ethanol One R. With Nitrous Express on deck and running on 52 psi of boost, the Audi RS3 delivered 1,350 AWHP and 850 lb-ft of torque. With the car putting the power down on the dyno, it was time to take it to the strip and see what it can do.

Right off the Trailer

The work was done and it was time to put the Audi to the test. Right off the trailer, Hank was able to put down a 7.989-second run. “The greatest achievement is hitting sevens right off the trailer recently,” said Hank. The road to the seven seconds was no easy task, however. “Everyone has a plan until they get punched in the mouth,” he referenced. While challenges are good, setbacks are often frustrating. The frustrations turned into delays, but the result was knowledge. “I learned so much from the process and really grew all our skills, so I don’t regret anything.” The 7-second run came courtesy of tons of hours of development and testing, but the most effective upgrade would be the turbocharger. “The tuning is also something I take a lot of pride in as it’s been a learning experience,” said Hank. With Iroz Motorsport’s Audi RS3 sitting on top, we have to ask, how does the future look? 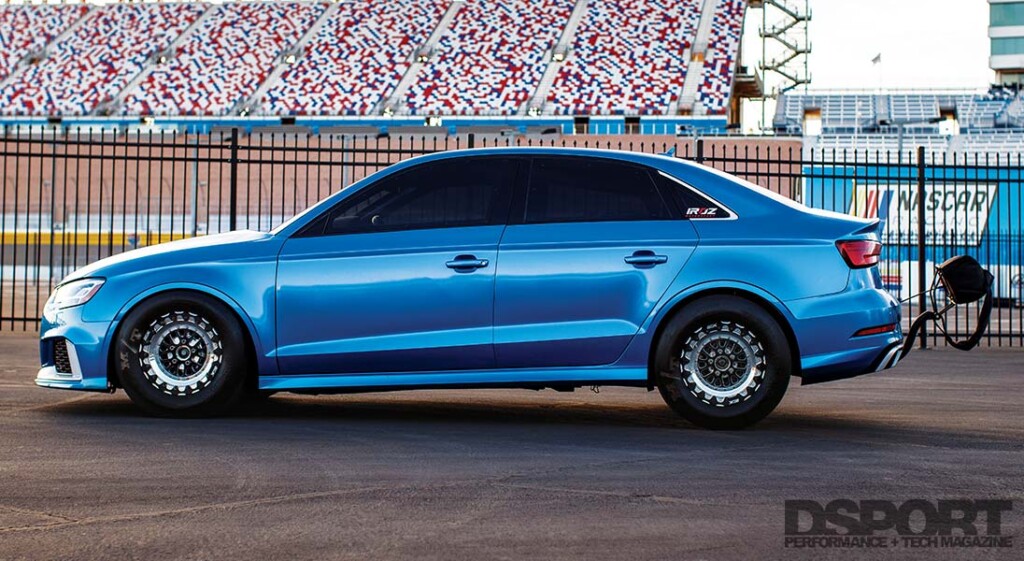 You haven’t seen the end of this car. The team is planning a new turbocharger and some cam modifications in the near future. Although the lights are shinning on the “World’s Quickest” title, Hank holds more dearly to the stories, the late nights spent on the dyno, and having the whole team turning wrenches at night to prepare the car for the track. The result was racing and beating the Hoonicorn driven by Ken Block in the Hoonicorn vs the World series. “Things like that make all of the blood, sweat, and tears worth it,” Hank concluded. To be great, you have to push the envelope, and in doing so, you end up breaking things. While that moment might feel like the worst, the result is nothing short of the best, and often times, the result is becoming the world’s quickest.