The Fast and the Furious franchise has served the United States well over the years. Aside from learning that Vin Diesel’s voice can continue to get deeper each movie, it also put Japanese cars on the map as some of the toughest contenders in the performance world. Before Americans started comparing Japanese cars to domestics, Japan was throwing the craziest aeros on their cars, mixed with as many decals as the body can handle, and racing them on the streets of Tokyo. When we saw Paul Walker racing his Supra, Vin Diesel barely fitting in his RX-7, and Michelle Rodriguez driving her 240SX, we all wanted a part of the action. This shined a whole new light on these cars in the United States, and the results were cars like Anthony Do’s widebody 1993 Nissan 240SX. 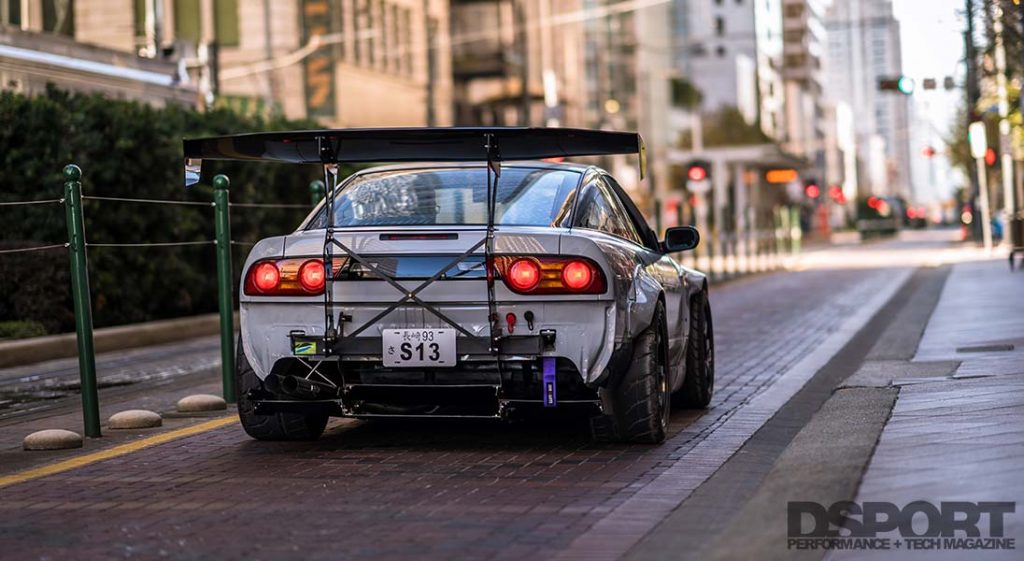 It all started in 1964 with the original Datsun Silvia. The Datsun made 96 horsepower and only 554 units were ever produced. The Silvia continued evolving, going through the various awkward phases between smooth, then boxy, then smooth again. In 1990, the Nissan 240SX S13 was born as the replacement for the 200SX. In Japan, this edition was called the Nissan Silvia S13, which was powered by an SR20DET. In the USA, we got the 240SX powered by a naturally-aspirated KA24 engine. The 240 name was sourced from its 2.4-liter engine. Fortunately, the S13/240SX loved upgrades and engine swaps. Its lightweight, aftermarket popularity, and rear-wheel drive configuration made it one of the go-to cars for drifting. Owners of the Japanese car have swapped the stock engine with SR20DET (in the USA), RB26DETT, and even LS engines. For Anthony Do, a 2JZ-GTE was his weapon of choice. Before the engine can find a home, however, Anthony had to find the right car for the job. 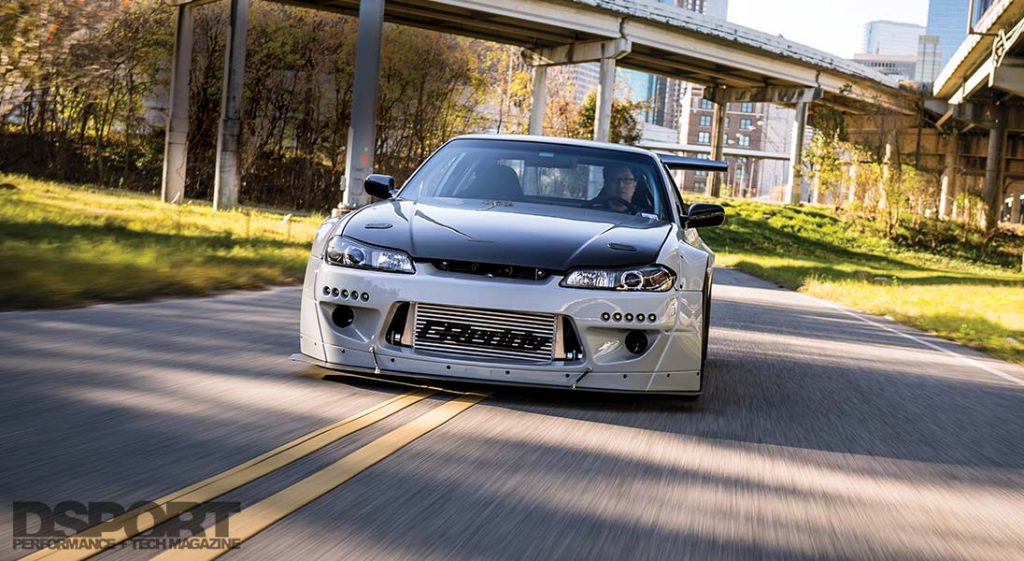 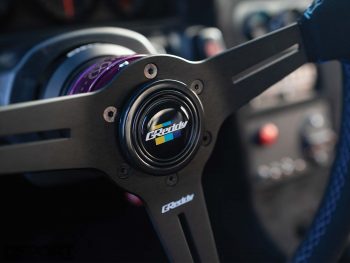 Luck was certainly on Anthony’s side in 2016. As he was searching Craigslist for his Nissan 240SX, he stumbled upon one that was for sale for $500. “I think it wasn’t selling because it had been listed for a good while. So the owner was just trying to get rid of it as fast as he could,” Anthony Do recapped. “I think the reason it wasn’t selling was because it was listed as a 240XL instead of 240SX. But who knows. I could have just been lucky to find it when I did.” Perhaps a typo was enough for Anthony to stumble upon the deal of a lifetime for a car he’s always loved. “The 240SX Hatch has always been one of my favorite cars. Ever since I first started watching Initial D back in High School and seeing the blue Sil80, it’s been a car I have always wanted to build,” he added. With so much potential and even more engine swap kits available for this platform, Anthony knew the possibilities were endless for his new project. Before exploring his options, however, Anthony had to dig in to see what he’s working with.

The 240SX was a one owner car with absolutely zero modifications. The previous owner realized he would have to spend as much money to fix the air conditioner as he would on a down payment for a brand-new car. Serving as a clean, rust-free foundation, the goal was to build a SEMA-caliber car. Anthony wanted to enjoy the process of this project with a few of his friends, but the ultimate goal was to one day take it to the track where it belongs. “I like to build cars that can not only win shows, but also put down some decent lap times around a track,” said Anthony. With winning shows and putting down fast lap times, it was time he took the old daily-driver and turned it into something very special. 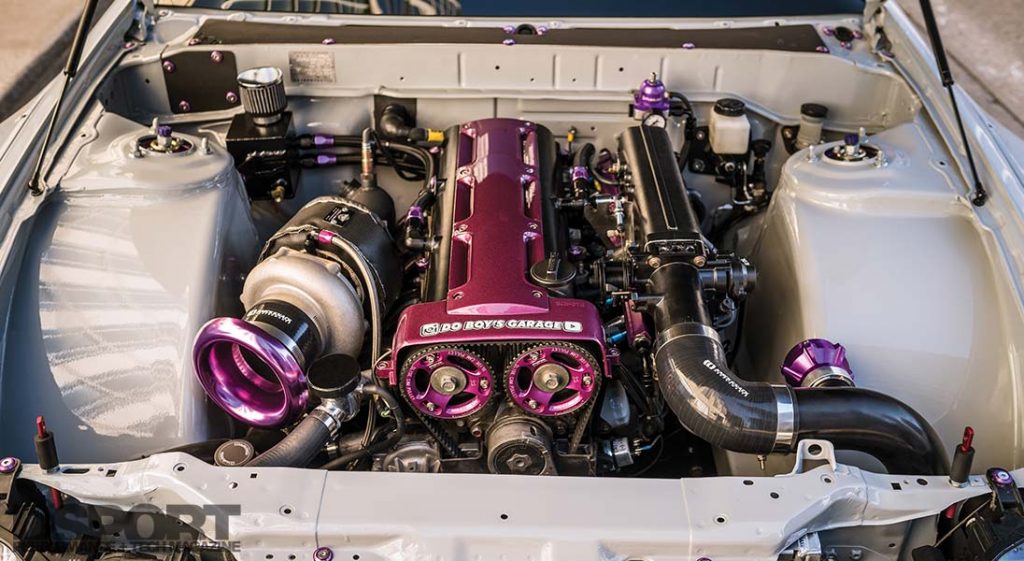 Weighing only 2,600-pounds, the Nissan 240SX didn’t need much to go fast. However, Anthony wanted to make sure he picks the right engine for the job – enter the 2JZ-GTE. Under the hood of the car sits the mighty 2JZ-GTE usually found in the fourth generation Toyota Supra. He kept the stock internals and displacement, and complemented the engine with an HKS head gasket and ARP head studs. Using the right fuel injectors, pump, and engine management system, the 2JZ-GTE is anticipated to deliver over 600 wheel-horsepower (for now). As for winning car shows, Anthony gave the 240SX a Rocket Bunny Aero kit made by mixing an S15 with a 180SX body parts. Of course, nothing good ever comes easy. This project had more issues than Anthony had anticipated.

No Pain, No Gain 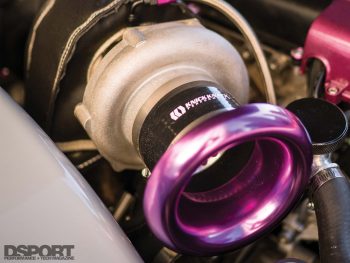 “Luckily, I had the entire build already planned out in my head before I started working on the car. So there were no real major changes that needed to be done along the way,” Anthony said. “But when building a car, you would be foolish to think that you wouldn’t run into any problems.” One of the biggest challenges was getting the off-the-shelf body kit to fit. Anthony purchased two S13.5 fenders, but they didn’t hold the headlights properly, and the gap between the fenders and the doors were not up to his standards. He finally decided to mix the S13 with S15 body parts, ordering S15 fenders from Japan. The fenders took a long time before they were delivered. Once delivered, Anthony cut and welded them to the back half of the factory S13 fenders, finally creating the perfect custom body kit.

Another obstacle was getting the 2JZ mounts to line up properly. After some fabrications, Anthony was able to customize it to fit. The engine mount issues were followed by wiring problems. Starting with an entirely new wiring harness, Anthony faced the challenge of finding the correct connectors and pins to match up to all of the electronics. After an entire month of wiring, the car got tuned and it fired up for the first time since the engine swap. 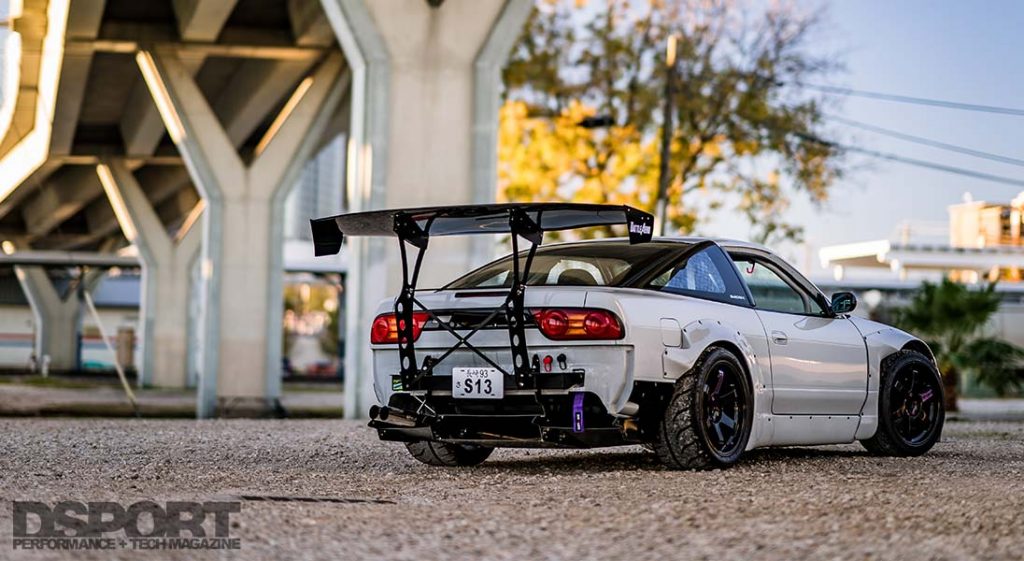 The journey for this 240SX was filled with obstacles, but perhaps the biggest achievement was taking a $500 car and making it look this way. With parts taken from multiple other platforms, the 240SX is exactly where it needs to be today. The project is not done, however, with the 2JZ-GTE delivering decent power, it still has a lot to offer. Soon, the 2JZ will get built with performance pistons, rods, cams, etc. to chase big power numbers. In the meantime, Anthony Do will continue to enjoy the product of his hard work with a widebody 2JZ-GTE-powered 240SX that is sure to grab all eyes. The $500 daily-driver is now a force to be reckoned with – but it’s only the beginning.