Car enthusiasts always have stories about how they fell in love with their platforms. To some, it’s through a scene they’ve been a part of for years, to others, it’s through understanding the capabilities of the platform through a magazine or a show, but to Sean “Sonny” Nguyen, the love for the Datsun 280Z has been embedded in his heart through his father for as long as he’s been alive. The goal was to own a classic Datsun, but the plans changed and a goal of combining one of the best Japanese cars with one of the most capable engine families was set. Here’s the story of Sonny’s RB-powered Datsun 280Z. 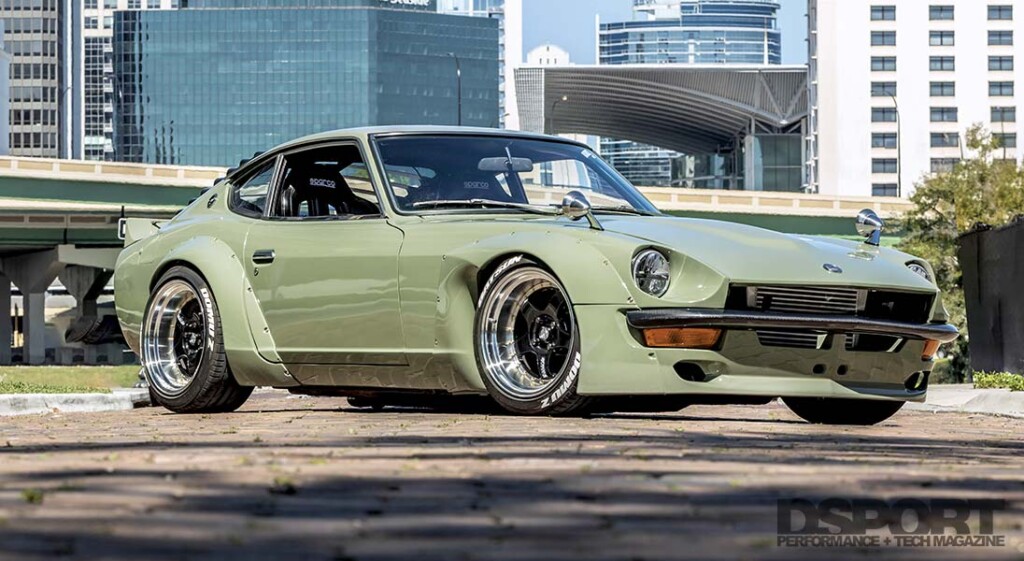 The first generation of the Z cars has always held a special place in Sonny’s heart. “Not only was it a pioneer of its time, but I loved the history it brought with it, becoming one of the most iconic cars to date,” said Sonny. The long body lines, wide doors, and short rear gives the Datsun the unique look Sonny craved for so long. After Sonny’s father escaped the Vietnam war in the ‘70s, the first generation Z was the hottest car around. His father spent years telling him how great this car was in the late ‘70s and the love for the Z was embedded in Sonny’s heart and mind. Sonny wanted to own a piece of history that reflected all of this. “It’s just a little more personal,” he said. In 2017, Sonny pulled the trigger and bought this 1978 280Z from Florida and took it straight to his father to see the look on his face. “He couldn’t believe it and just smiled at the memories of the hardship he went through back then.”

Sonny was able to purchase his 280Z at a steal for just $5,500. The car had minimal rust on it, covered in its original red pain, and powered by Datsun’s L28 engine that worked collaboratively with an automatic transmission. “It was pretty much stock other than a few upgrades that the last owner did to it,” said Sonny. Getting behind the oversized wheel of this car gave him immediate joy. “The feeling of the heavy steel doors that you actually have to slam shut, the feeling of having to manually roll down your windows as you wind the levers, the smell of the old leather, the super low seats, and all of the original gauges made it all feel extra special.” While the experience was amazing, Sonny hated the engine and the original automatic transmission. The L28 lacked power in today’s performance standards, and it ended up blowing up on him on his drive home. It was time Sonny reassessed and made his peace with the fact that this is officially a project car. He knew he can’t enjoy it until he builds it, which meant a plan has to be set in place before making one full drive in it since the engine was already toast. 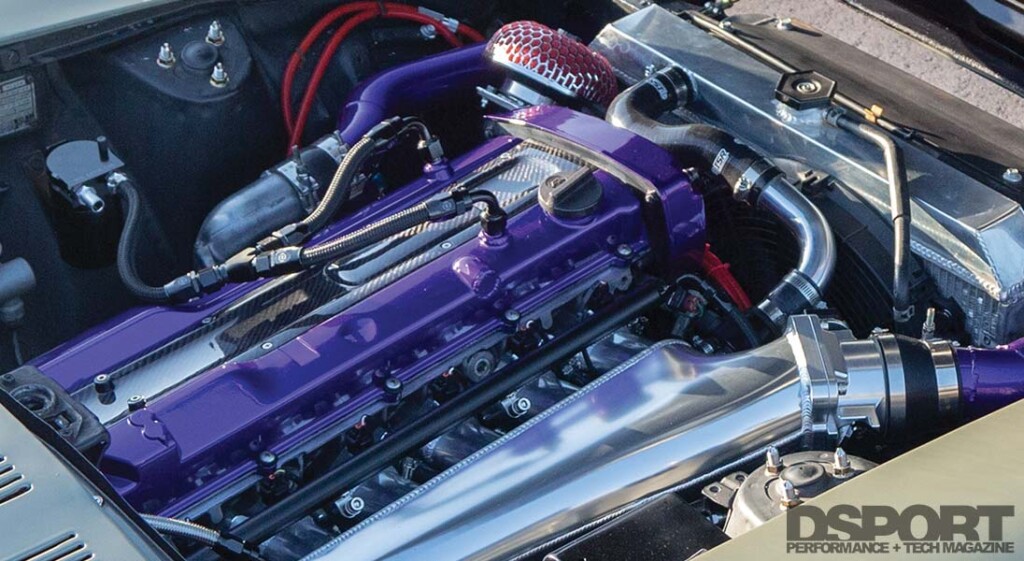 The L28 was swapped with an RB25DET still sporting the factory turbocharger. With the 280Z just weighing 2,630 lbs, it delivered 330 horsepower and 280 lb-ft of torque. 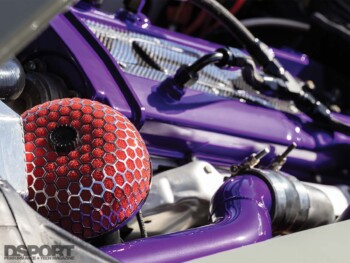 Sonny never had the opportunity to fully build a car the way he wanted growing up, so this was his chance to do things right from the start. “I took it super serious in terms of building out the car of my dreams without a budget set in place,” said Sonny. Inspired by resto-mod builds, Sonny wanted to build the Z to fully represent him in terms of styling, with the reliability that could be driven daily. “I wanted a fantastic street car and show the world all the hard work I will put into it.” With the classic looks of the Datsun 280Z, Sonny decided to go with one of Japan’s legendary engine families in the RB25DET. While not so modern, the RB engine series proved to be capable of offering unmatched performance while being extremely reliable. The turbocharger will provide much better performance than the naturally-aspirated L28 engine, while leaving tons of room for more performance with a turbocharger upgrade in the future. With the car only weighing 2,630-pounds, it wouldn’t take much to make it quick, but the goal is a complete package of reliability, performance, and unmatched styling. 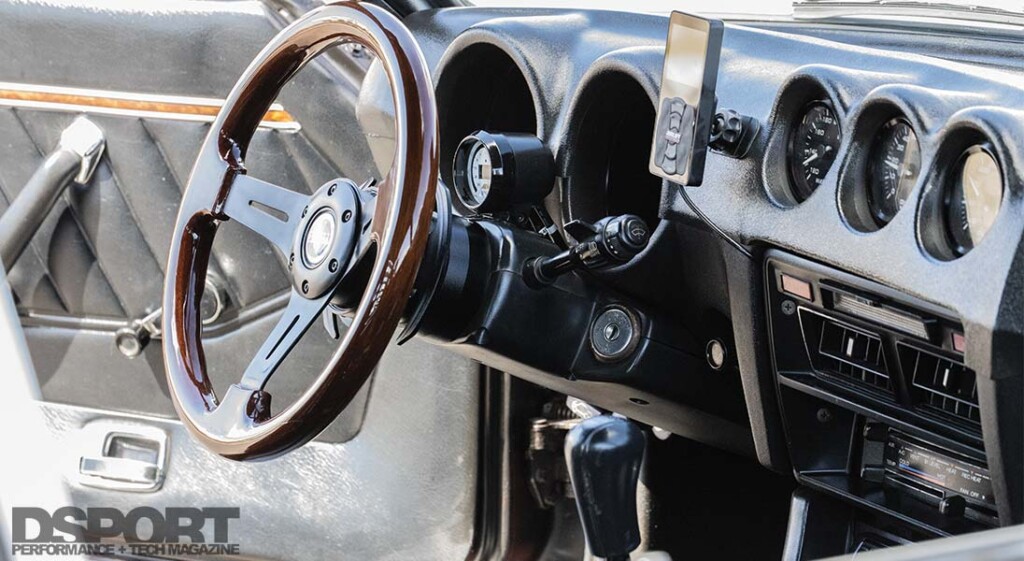 In with the New

Before its first startup, Sonny had to battle with the original shop for a year and a half trying to get his car done. The battle became legal just for Sonny to get his car back, leaving an initial bad taste in his mouth and a world of discouragement. After a full year and a half, Sonny was finally able to drive his car off the shop’s lot, only to die out on him just a few miles down the road. After the original nightmare, Sonny was recommended a Florida shop called DRZA Auto. “They were my saving grace,” said Sonny. “For the past two years, they’ve been working on my car on and off up to what you see today.” DRZA Auto re-wired the entire thing and whipped the RB25DET in shape. They used a wiring harness from Wiring Specialties and got her back on the road strong. “Before I knew it, I had spent way more than I ever intended, but it was worth every penny,” said Sonny. 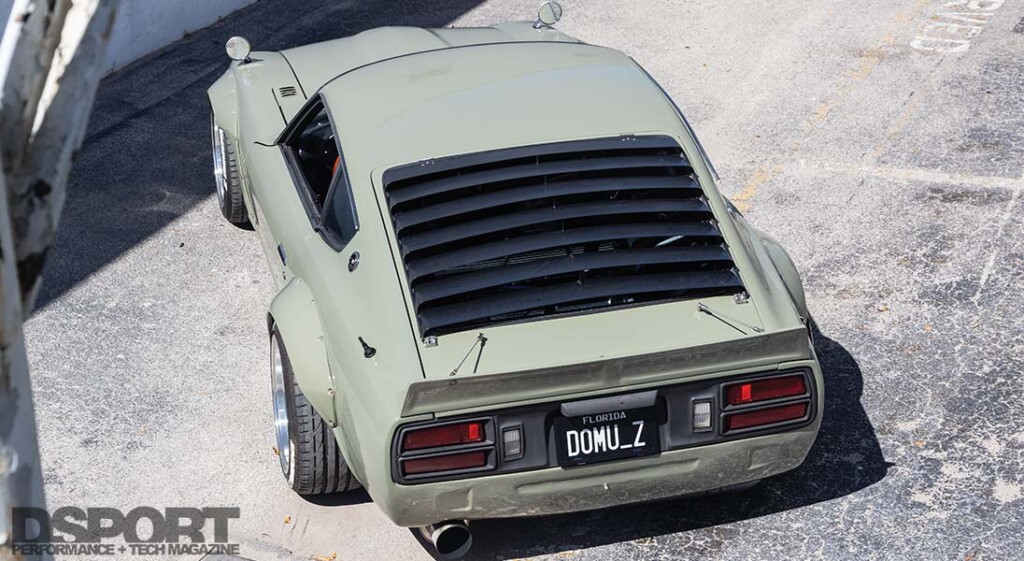 After dealing with the shop and the legal process of getting his car back, Sonny was rewarded with a deep growl when the RB25DET started for the first time. The body was covered in a Rocket Bunny kit in an Inozetek super gloss khaki green wrap. With eyes already turning, Sonny plans on taking the 330 horsepower to over 400 horsepower with a fuel system upgrade and a custom tune soon. In addition to the increase in performance, Sonny plans on powder coating a few parts to make everything exceptionally clean. “I named the car Domu Z. Domu is slang for ‘dream come true,’ which not only reflects my restaurant, but my car as well now,” said Sonny. There aren’t too many Datsuns left on the road today, but when you see one, you will always do a double take. Sonny was able to overcome the disappointments from the original shop and show that people should never determine how you will go on with your build. The result is a Z that gets more than just a double take.