Over the past few decades, Nissan’s GT-R has become a stamp in the performance world. Whether it’s drag racing, road racing, or dyno queens, this platform proved it can compete with the best and most likely beat them. Before the current R35 generation that is capable of beating most supercars, the GT-R was known as Godzilla. The monstrous reputation started with the R32 GT-R, a favorite amongst many enthusiasts. With laws finally allowing importing the R32, we are seeing more and more of it in the United States. In an increasing sea of R32 GT-Rs, the results of quality are mixed. Garrett Morse certainly wanted to stand out from the mix. This meant no stone would be left unturned and a clean, well-built example was the goal. 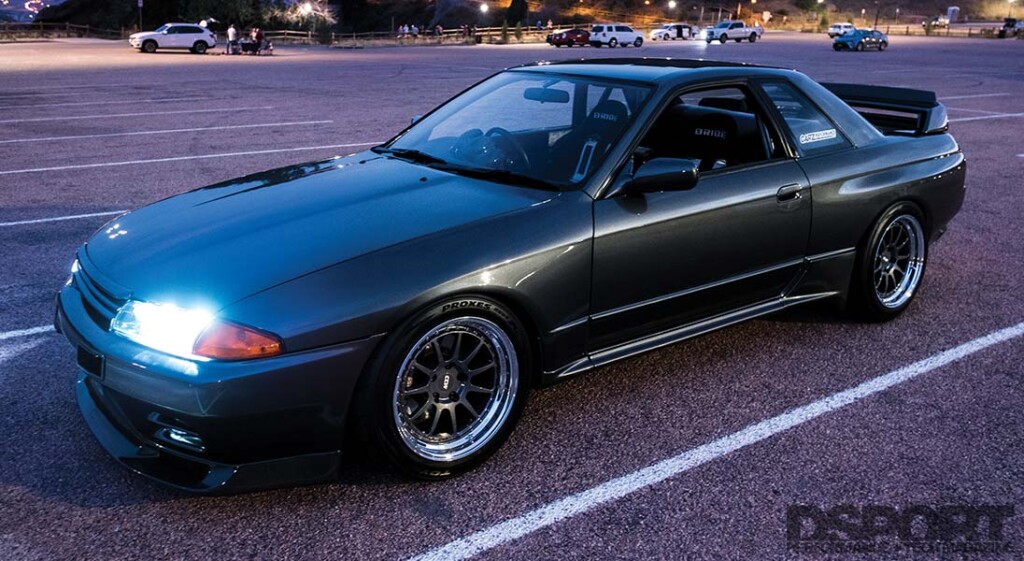 While a large number of enthusiasts became passionate about import performance from watching the Fast and Furious movie, Garrett Morse got his love of Skylines from Tommy Kaira and his R34 in Gran Turismo. “The Skyline platform has always been my dream ever since I was a kid,” said Garrett. He finally made the decision and purchased the R32 from New Jersey on April 25th, 2015. When the car arrived at his house in Colorado, it was completely stock. “I liked that it was a blank slate for me and how clean it was,” said Garrett. “It was also something that no one else had being a NISMO.” This NISMO is number 309 out of 560 examples, making it that much more special for Morse. With how clean and stock the R32 GT-R was, Garrett knew he had a long way to go until he is completely content with it. While the start was rough and discouraging, he knew he just has to do it and get the ball rolling. 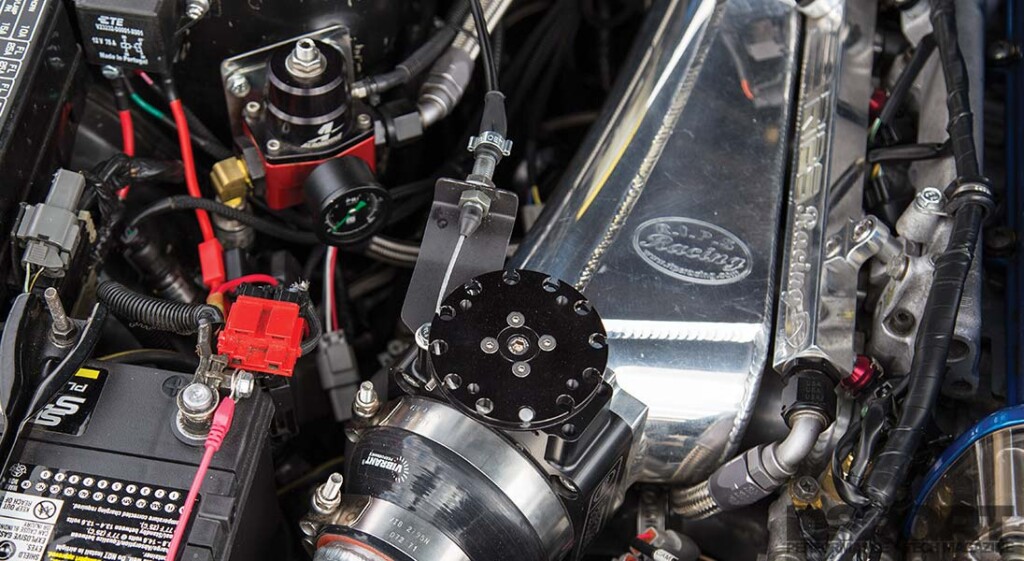 The initial goal was to go with full bolt-ons and keep the NISMO mostly factory. However, the goal quickly changed when Garrett realized his desire for more power. “The car was capable and needed to be turned up immediately,” said Garrett. The goal became 700whp with improved handling to support the increase in power. In the end, Garrett wanted to set up the GT-R for the street, but ensure it is never a stranger to the track where it will visit often. With increased desire in performance, Garrett had to get out of the bolt-on mind frame and start addressing the engine and its internals in order to run 700whp reliably and safely. Garrett turned to Carz Performance in hopes of getting the R32 NISMO to the next level and start making more power to satisfy his performance needs. 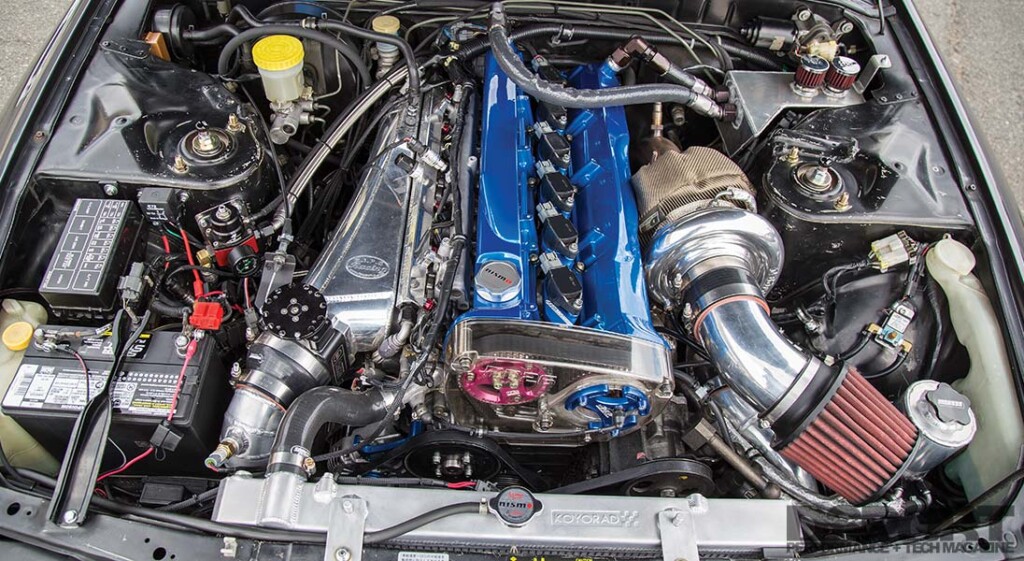 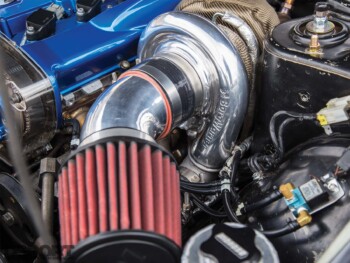 With the block bored and honed, the team did custom head machining and porting to reach the next level in performance. Using all quality internals, the GT-R received a Borg Warner S369SXE turbocharger in place of the stock twin-turbos. With the bigger turbocharger, they opted for two AEM 320 lph fuel pumps feeding 1700cc injectors with E98 fuel. With the new turbocharger and fuel pump combination, the car delivered 845whp at 8,400 RPM and 548 lb-ft of torque at 7,400 RPM. This was accomplished with a tune that allows it to run at 28 psi of peak boost. With the original goal being 700whp, Garrett got much more than he can ask for with 145whp of additional fun. Some of the most effective upgrades done to the engine was the head work, with over 1mm over on both the exhaust and intake valves. This tremendously helped spool the large turbocharger. 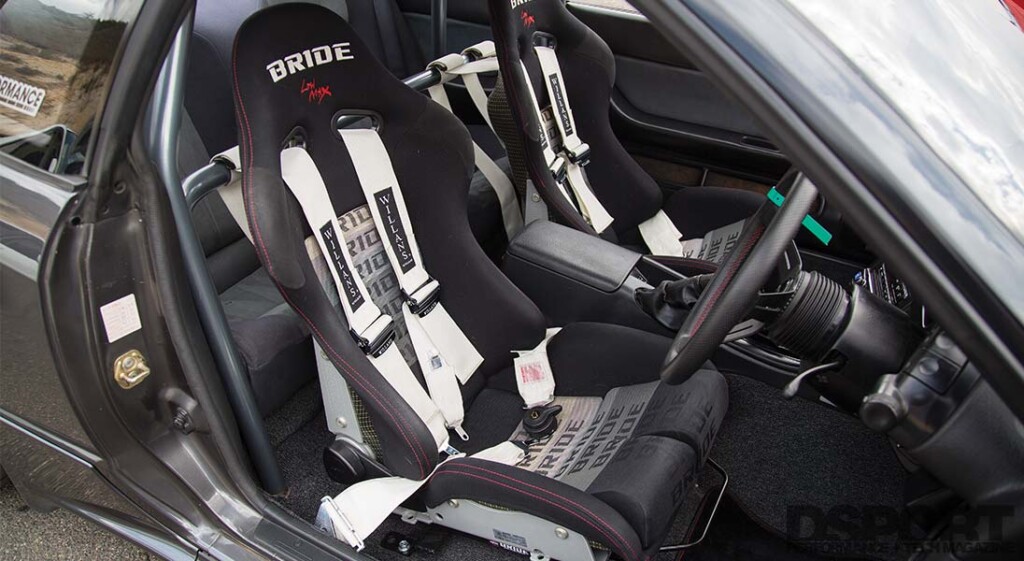 The road to the 845whp was a huge hit on Garrett’s wallet; however, it was a relatively smooth one. “The main problem that we ran into was a bur in the HKS camshaft, which caused it to snap in half when installing,” said Garrett. The snapped cam didn’t stop them, however, the team was able to overnight a set of Kelford Performance camshafts to keep the build on track. “Thankfully, the snapped camshaft didn’t cause any damage to the head, which was extremely good luck.” With the engine running strong, Garrett traded out all of the stock suspension arms with one from GK Tech and opted for BC Racing coilovers. The suspension setup serves the car well both on the road and track, sacrificing little comfort, but ensuring the car is ready to go at all times. 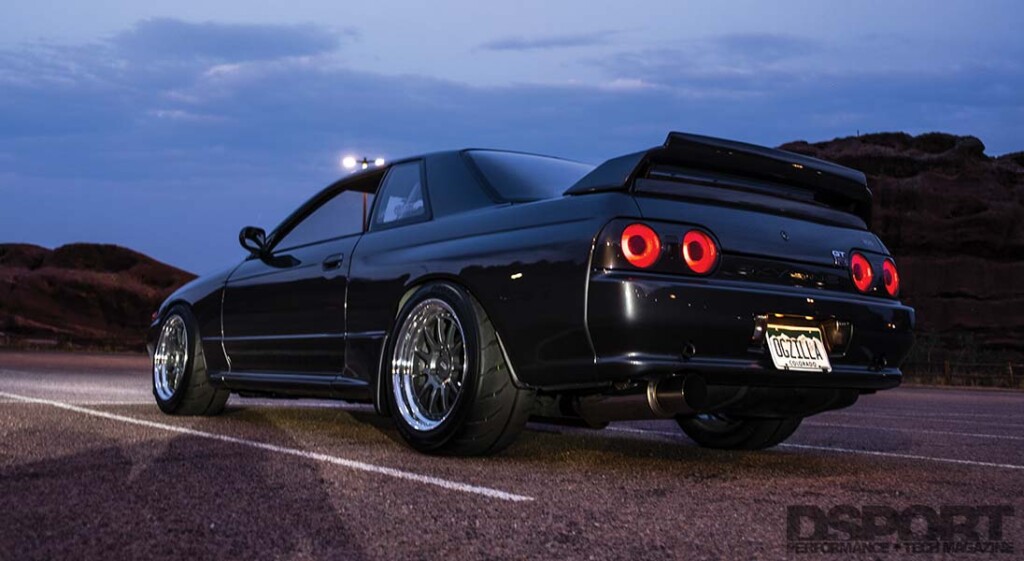 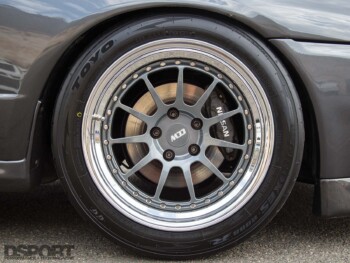 The build had some ups and downs, but looking back at it, the progress made was quite satisfying. Garrett was able to stay on track with the build and fight through the storms to get it done in time. “The worst moment was having to be patient since many of the parts were imported from other countries,” said Garrett. “Also, my wallet took a bit of a hit frequently.” Since then, Garrett won best in show at Tuned in Tokyo and the IDRC Street Tuner Mayhem in Colorado. However, his biggest achievement is seeing the car run correctly and perform at a high caliber. If he had to do it again, Garrett would go with a Nitto 2.8 Stroker from the start. The future is bright for this extremely clean build, and first up will be a Samsonas sequential transmission. As Garrett continues to force more power out of the engine, it is time to upgrade the brakes with bigger ones, which have been sitting in his garage waiting for installation.

The passion for performance runs deep in Garrett’s blood. His father was a Top Fuel Dragster as well as a Formula racer. “The car that got me hooked was his blown, nitrous ’65 Mustang Fastback,” Garrett reminisced. Getting strapped up in the harness at the age of nine and experiencing over 1,000 horsepower of performance will get any child to seek performance later on in life. “I blame my Dad for my financially unstable obsession,” Garrett concluded. With his father getting him hooked and his wife supporting his goal, Garrett was able to build one of the cleanest R32 GT-Rs around. The question remains, will he ever have enough power?