Producing big horsepower at higher elevations may seem like magic, but it’s actually a matter of making best use of the amount of oxygen that is available. Since the oxygen density is reduced at elevation, improvements and adjustments must be made in order for significant horsepower to be produced reliably. To many people living at higher elevations, producing high-horsepower builds can be both a challenge and an adventure. 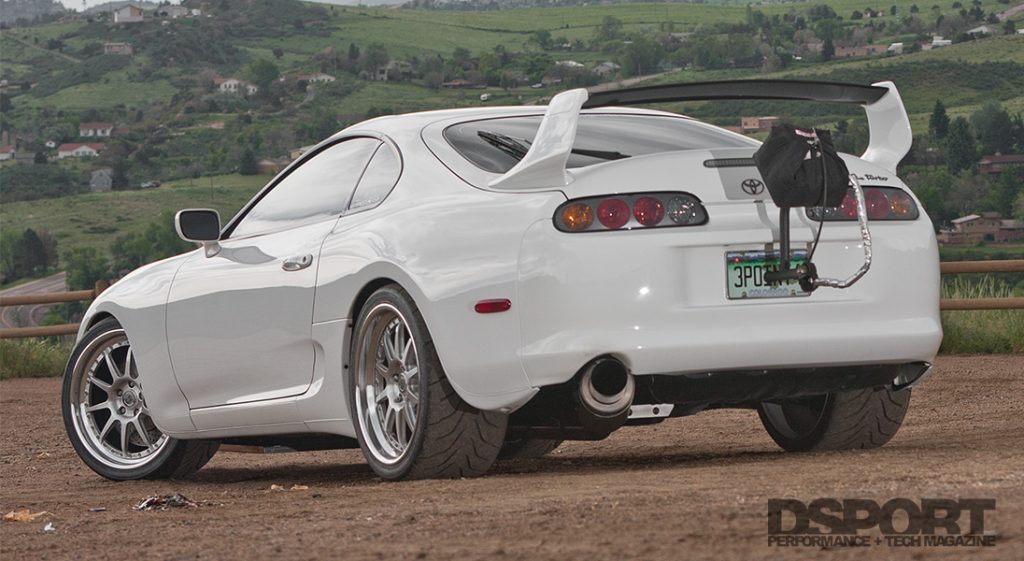 When Jeremy Hepburn started car shopping, he wasn’t totally sure what he wanted. Just out of high school, he was drawn to the NSX, followed by a 3000GT VR4 and then an FD RX7. As he searched the classified ads, he came across a rare hardtop JZA80 Toyota Supra Turbo. Hepburn reached out, struck a deal and purchased the Supra. As he learned more about the capabilities of the Supra, he gained an entirely new appreciation for this machine. In his words, “I loved the look and feel of the Supra. The timeless bodylines flow gracefully and the interior wraps around the driver like a fighter jet cockpit. And, of course, its bulletproof 2JZ-GTE engine is capable of producing well over 1,000 horsepower.” Hepburn drove this Supra for a few years before moving on to a second hardtop that had only eleven thousand miles. He enjoyed this mildly-tuned Supra at the 470-horsepower level for a short while before giving it up to help pay for college. 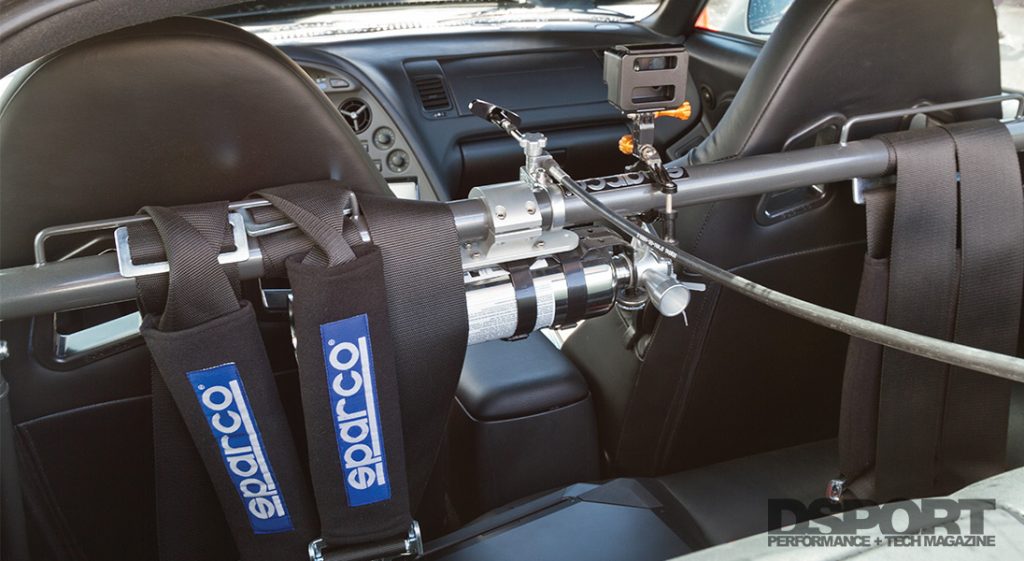 During the time that he owned the first two Supras, Hepburn got to know the Supra community. Once he finished with school and was ready to get back into his hobbies, he started searching for another Supra. After a year of scouring the internet, he came across a pristine white hardtop Supra Turbo that once belonged to Sriyantha Weerasuria, otherwise known as SW. SW put all of his efforts into his record setting Supra, leading to the sale of this car. Presented with a perfect platform to build upon, Hepburn couldn’t resist this purchase. Soon after, he drove a truck and trailer down to Arizona to pick it up. With the experience and resources he gained from the previous projects, Hepburn wanted to take this Supra to a performance level well beyond his previous builds. 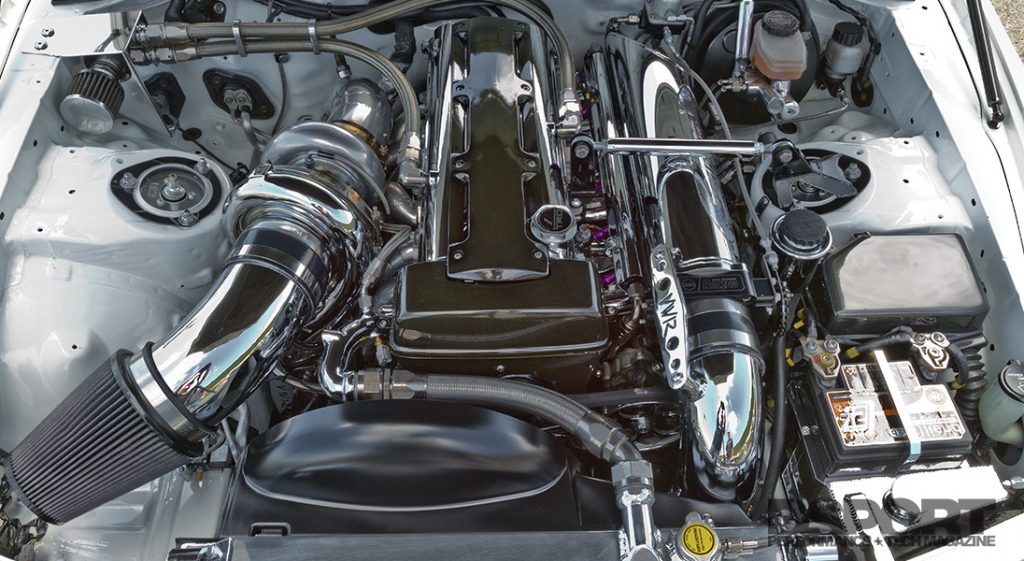 Living in Thornton, Colorado, Hepburn faced an uphill battle to make horsepower due to the elevation (a mile above sea level). Nonetheless, a high-output Supra build starts in the engine bay. Hepburn plucked the 2JZ engine from its home and brought it to Cody Phillips Racing to be fortified. There, the block was overbored by 0.5mm before the cylinders were filled with a set of custom gas ported JE Pistons. These pistons help to compensate for the reduced air density by raising the compression ratio to 9.5-to-1. The higher-compression pistons make the connection to the Titan Motorsports 94mm stroker crankshaft by way of Carrillo heavy-duty connecting rods. Together, these rotating assembly components increase the displacement of the engine from 2,998cc to 3,314cc, an increase of 10.6 percent over stock.

Increasing the displacement of the engine is only part of the power-making equation, as improving the airflow in and out of the cylinders is equally critical and essential. To enhance the volumetric efficiency, the cylinder head went to Powerhouse Racing for its Stage 4 CNC cylinder head program. The valve seats were then cut to accommodate larger +1mm Ferrea valves, dual valve springs and titanium retainers. To actuate the valvetrain to a higher lift and for a longer duration, a set of GSC Power Division S2 camshafts replaced the stock bumpsticks atop the head. 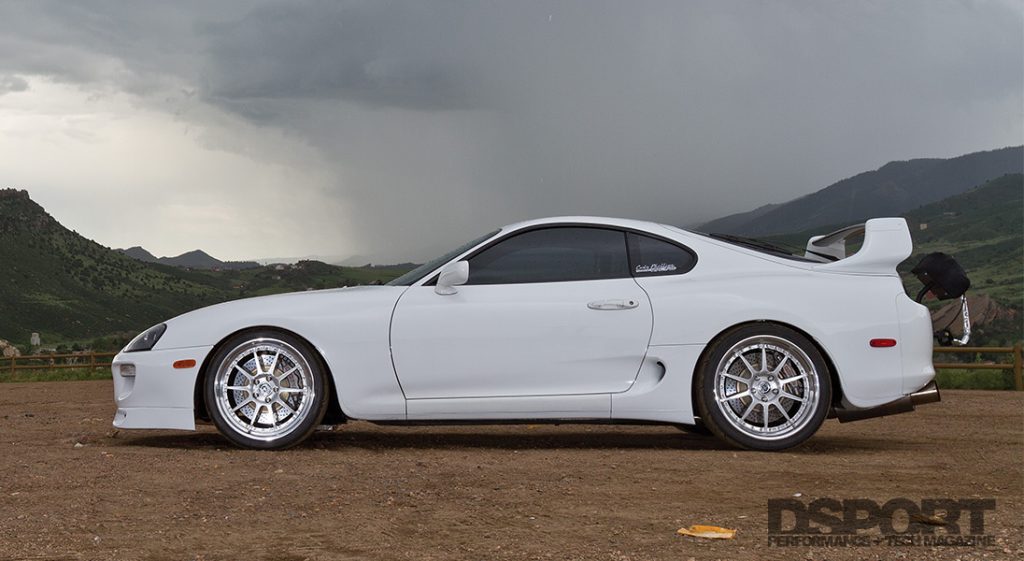 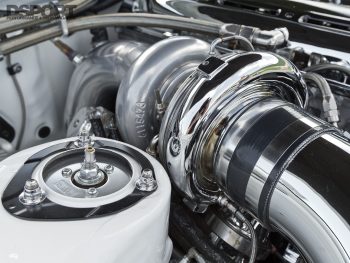 Once the enlarged 2JZ engine returned to its engine bay, Hepburn focused on improving the forced-induction system for improved efficiency and greater output. With a Full-Race Motorsports “Big Runner” exhaust manifold secured to the exhaust ports, the high-enthalpy gasses channel into the turbine of a Garrett GTX4508 turbocharger. On the cool side of the turbocharger, the billet compressor wheel draws air through a conical K&N filter and a Powerhouse Racing 5-inch intake pipe. The compressed charge is then forced through a Virtual Works T6 intercooler. Once chilled, the air charge flows through a Ross Machine Racing throttle body and intake manifold for distribution to the cylinders.

As the pressurized air passes through the enlarged cylinder head ports, Injector Dynamics ID2000 injectors spray atomized E85 into the airstream, filling the cylinders. Utilizing a MoTeC M150 engine management system to regulate the fuel flow, boost and ignition timing, Cody Phillips Racing dialed in the mixture for 42psi boost pressure. Despite the elevation, the enlarged, higher compression 2JZ engine put down 1,515 horsepower and 1,160 lb-ft torque to the wheels, as measured on a Dynojet dynamometer. 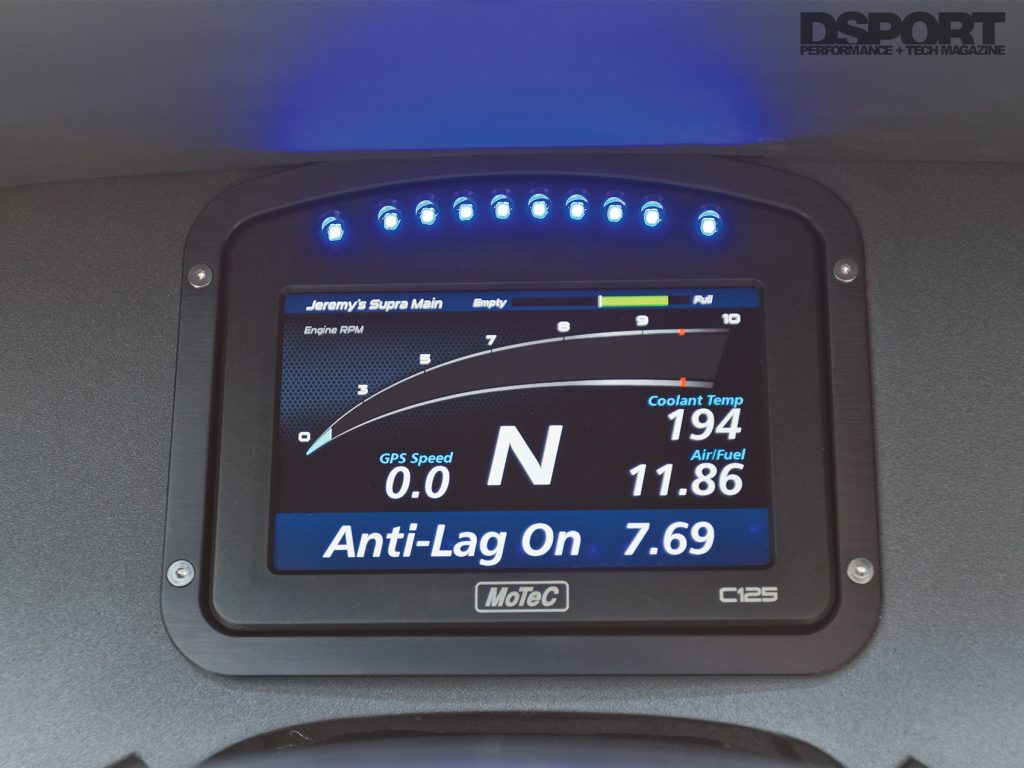 The MoTeC M150 engine management and the C125 display dash work together to manage and monitor the 2JZ engine. 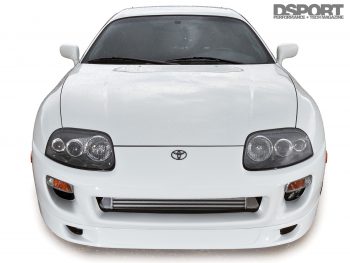 While Hepburn’s Supra makes over 1,500 horsepower to the wheels, he has no disillusion about its purpose, he built it to be a streetcar. The chassis rides on a set of HRE C93 wheels mounted with Toyo Tires’ sticky R888 rubber. HKS Hipermax III adjustable coilovers help to close the gap between the tires and the wheel arches, lending to the JZA80’s already menacing appearance. But there’s only so much you can do with 1,500 horsepower on the streets, and Hepburn began looking for an outlet. Fortunately, half-mile airstrip events have been gaining momentum and offer a place for high-horsepower cars to stretch their legs in a more controlled environment. Hepburn concluded, “This Supra was built with the intent of staying a streetcar. It could have a cage, less interior, fewer amenities and less weight. But I like driving it on any day, rain or shine. All power features work, the air conditioner is cold and the Supra rides and drives comfortably. But when I mash on the gas, it shames everything I come across.” Hepburn’s optimization of the Supra’s 2JZ engine shows that, even at altitude, big power can be made out of thin air. 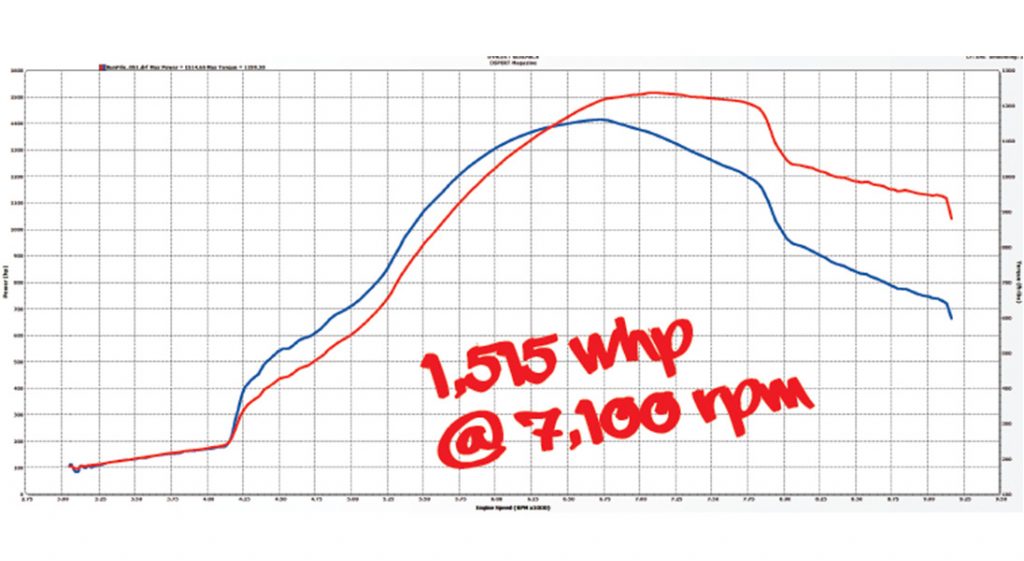