When drifting began, the pioneers of the sport favored several real wheels drive platforms for power, weight distribution and handling traits. Nissan’s Silvia platform proved itself on the touge of Japan as well as in drifting competitions around the world. With the turbocharged SR20DET engine capable of producing over 400 horsepower with bolt-on parts and tuning, the affordable S-chassis made its way to the top of various podiums through the mid 2000’s. But in the USA, the Formula Drift Pro Championship started to get the attention of domestic manufacturers, and soon Dodge Vipers, Ford Mustangs and Chevy Camaros joined the fray. To be competitive against these machines with large displacement engines, competitors began adopting the V8 swap into the more nimble Japanese chassis. Text and Photos by Richard Fong 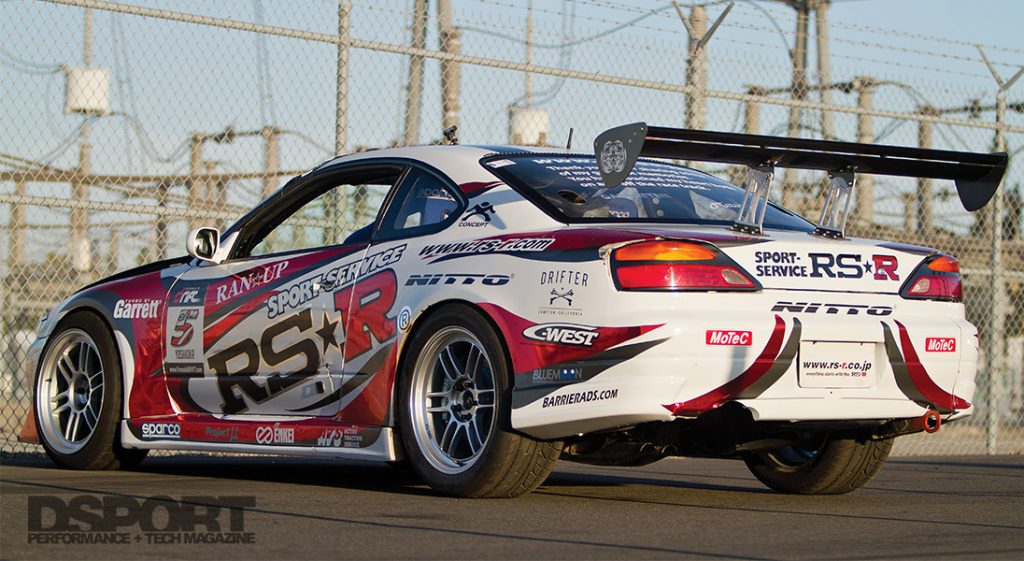 Japanese suspension manufacturer RS-R throttled back from the American motorsports scene just prior to the downturn in the economy. In mid January 2012, RS-R returned to US motorsports, shipping its D1 Grand Prix S15 Silvia competition chassis to America. This gave the crew in America two months to plan for a Formula D season, but less than a month to setup and refresh the car. RS-R USA’s General Manager Ben Chong stated, “This S15 featured a fully-built 500 horsepower SR20 engine and competed in D1GP until 2006. It then sat quietly at our Japanese headquarters until January 2012, when the car was prepared for shipment to the US. We received the chassis stateside on March 13, which only gave us a few weeks to prepare for the Formula Drift season opener in Long Beach.” 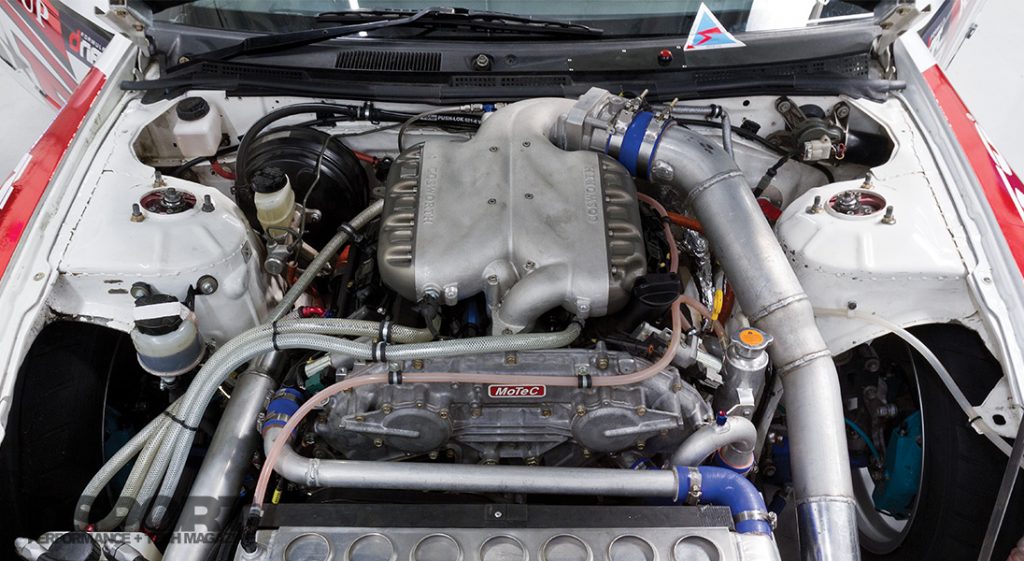 The RS-R crew believed that in order to be competitive, the S15 would need more power than the SR20 could produce. However, they did not want to jump on the LS-swap bandwagon. To stay true to its Nissan roots, the Silvia received a built VQ35DE stroker engine to level the playing field against the V8 hoards. Mike’s Machine Shop in Santa Ana, California machined the block in preparation for new internals. Team RS-R’s Shingo Yugami assembled the engine that features 9.0:1 compression forged aluminum CP pistons, BC Brian Crower connecting rods and a BC stroker crankshaft. These upgrades increased the shortblock’s displacement to 3.7 liters.

Up top, Ferrea valves, springs and titanium retainers filled the unported factory cylinder heads. A set of Cosworth 270-degree camshafts now provide the necessary valve lift for easier airflow in and out of the cylinders. Once prepared, the heads were reunited with the block; relying on a set of ARP 2000 head studs to supply the clamping force to crush the Cosworth MLS head gaskets that ensure a proper seal. 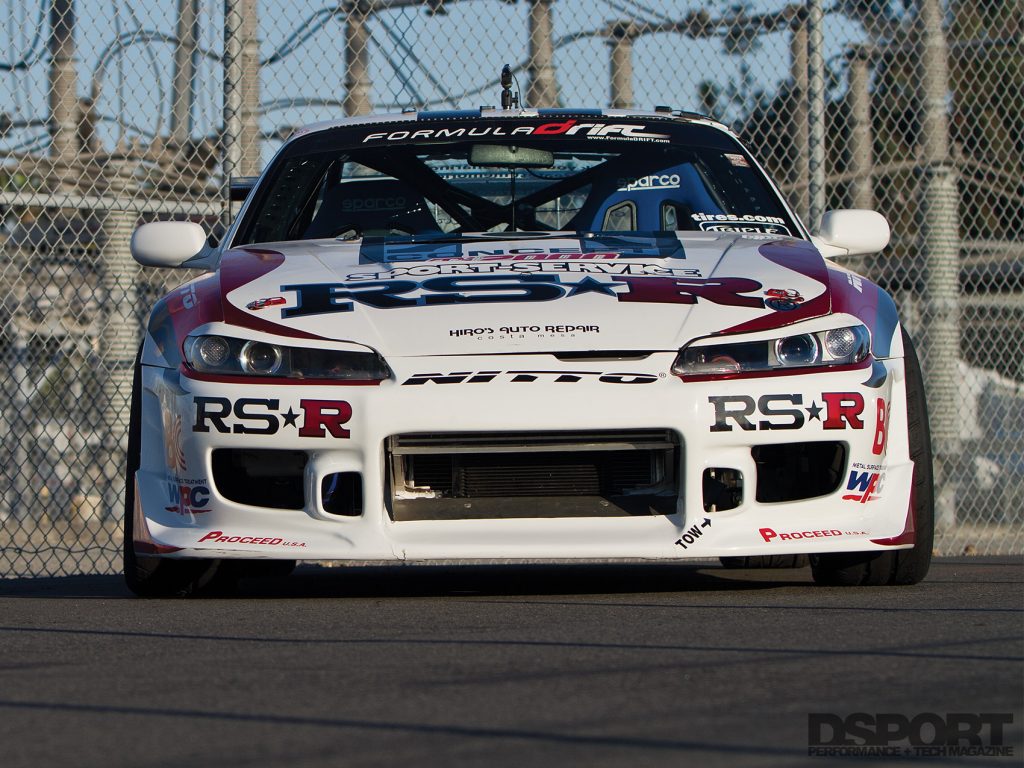 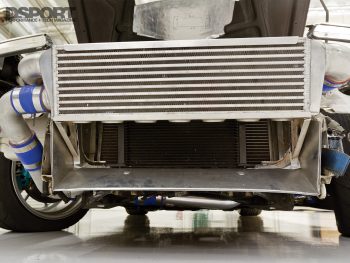 While an increase in displacement to almost twice that of an SR20 would help, the RS-R crew believed a naturally-aspirated V6 would still be no match for the larger-displacement V8s. So RS-R’s game plan was for boost. Specifically, RS-R selected a pair of Garrett GTX 2867R turbochargers to feed the VQ engine. The turbochargers force almost 22 psi boost pressure through custom piping to a custom Griffin front-mount intercooler. Onc chilled, the air charge flows through a Cosworth intake manifold for distribution to the cylinders. 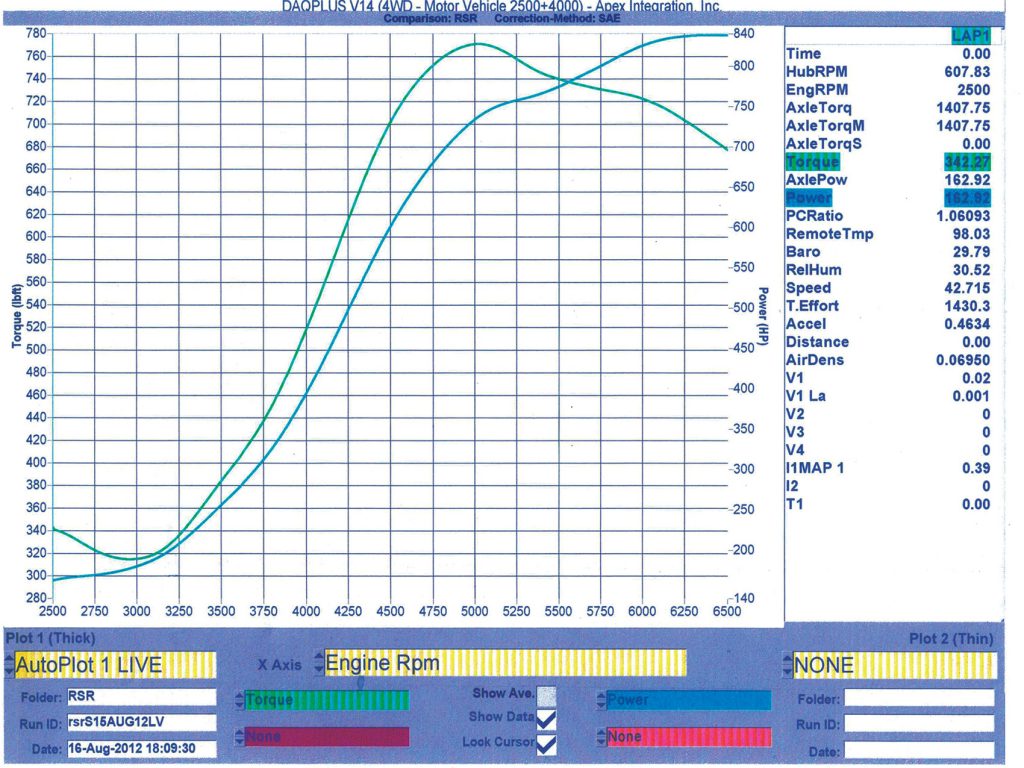 Fuel for the Fire

With the engine setup complete, attention shifted to the fuel delivery system. Consistent and uninterrupted fuel supply must be maintained not only for power production but to prevent engine damaging fuel starvation conditions under boost. Since a drift car experiences quickly alternating lateral G forces, the factory fuel delivery components will likely be starved of fuel due to slosh in the tank. To avoid this a staged fuel system was employed. The factory fuel tank supplies a two-gallon fuel surge tank that maintains a healthy reserve of E85, while a Weldon inline fuel pump sends fuel forward to the Injector Dynamics ID1000 fuel injectors. To regulate injector duty cycle, a MoTeC M600 engine management system coordinates fuel flow with the appropriate spark timing. With MoTeC’s Nathan Tasukon making adjustments to the tables, the turbocharged V6 produced 840 horsepower and 770 lb-ft torque to the hubs of a Dyna Pack dynamometer. By comparison, a stock VQ35-powered 350Z produced 230 horsepower to the hubs on this same dyno.

A noted shortcoming of the S15 is the factory six-speed gearbox. It simply doesn’t handle 400-plus-horsepower well. Since this Silvia features a VQ engine, one solution would be to use a six-speed VQ transmission. However, clutch kicks and the nearly 800-lb-ft of torque would likely destroy the factory VQ trans. The solution would be a close-ratio G-Force 4-speed transmission. This heavy-duty racing transmission handles the higher torque without complaint. From the transmission output shaft, a factory Nissan Skyline propeller shaft makes the connection to an ATS R200 limited-slip differential that splits the power between the rear wheels. 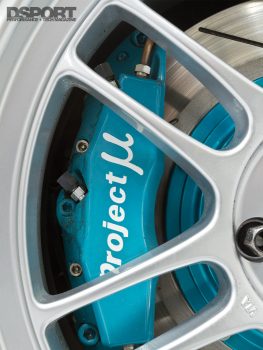 With the engine and driveline addressed, the focus shifted to the wheel wells. The S15 received an upgrade in the form of fresh RS-R iShock dampers and RS-R Ti2000 springs. The new dampers and springs keep the chassis poised atop Enkei RPF1 wheels wrapped with Nitto NT05 rubber up front and NT555 tires out back. Project Mu brake upgrades composed of rotors, pads and calipers replaced the stock pieces at all four corners. Special drift-spec rear calipers feature four pistons that actuate independently in pairs. The first pair squeezes the pads and applies friction with a press of the brake pedal, while the second pair responds only to input from the hydraulic hand brake for initiating drift. 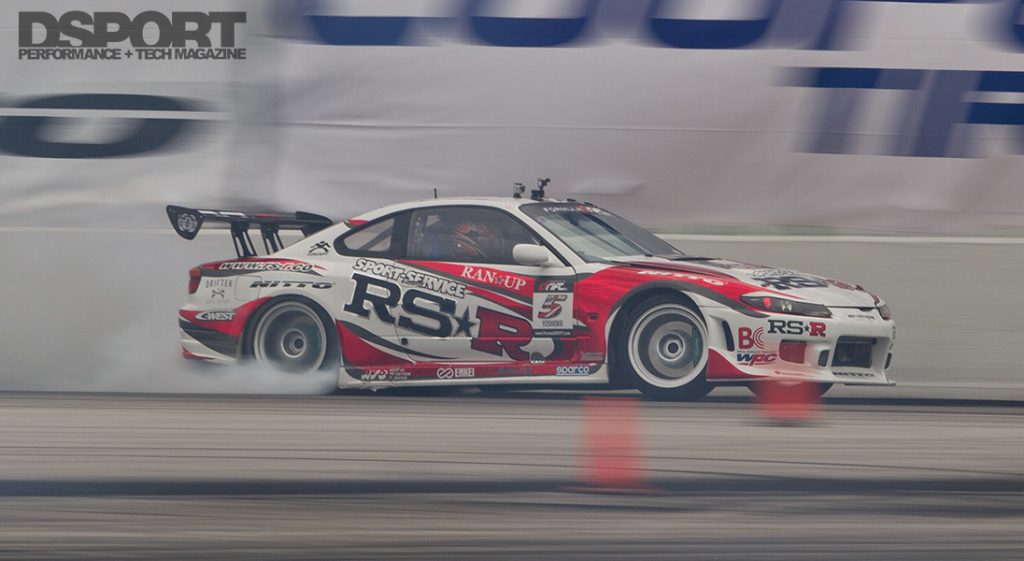 Down To The Wire

When faced with a deadline, you always wish for more time. Team RS-R’s feverish efforts to compete at the 2012 Formula D season opener were not made in vain. The Silvia made its debut on the Streets of Long Beach. While driver Toshiki Yoshioka and the Team RS-R S15 finished just 15th in a field of 46 drivers that earned points during the season, they would have loved to have done better. Still, this S15 was the top-performing V6 in the field and it did outperform many of the higher budget V8 teams.