Hate it or love it, the newest generation Subaru STI fueled a fire storm of mixed emotions among import enthusiasts. Some shy away from the idea of a performance wagon while others relish the newest Scooby. The flared fenders, redesigned chassis, power increase and other refinements have the zealots exclaiming this is the best STI yet. When Brian Wong saw the photos of the 2008 STI on the net he was skeptical at first. An owner of a 2003 WRX at the time, Brian wasn’t sure how the 5-door would stack up to its older sedan siblings. However, seeing the GRB in person swayed Brian’s opinion.

As a tuning enthusiast, Brian desired a bit more performance than the stock package offers while maintaining street drivability and reliability. After hearing about an HKS turbo kit that catered to his desires, Brian went on a shopping spree in the HKS catalogue. 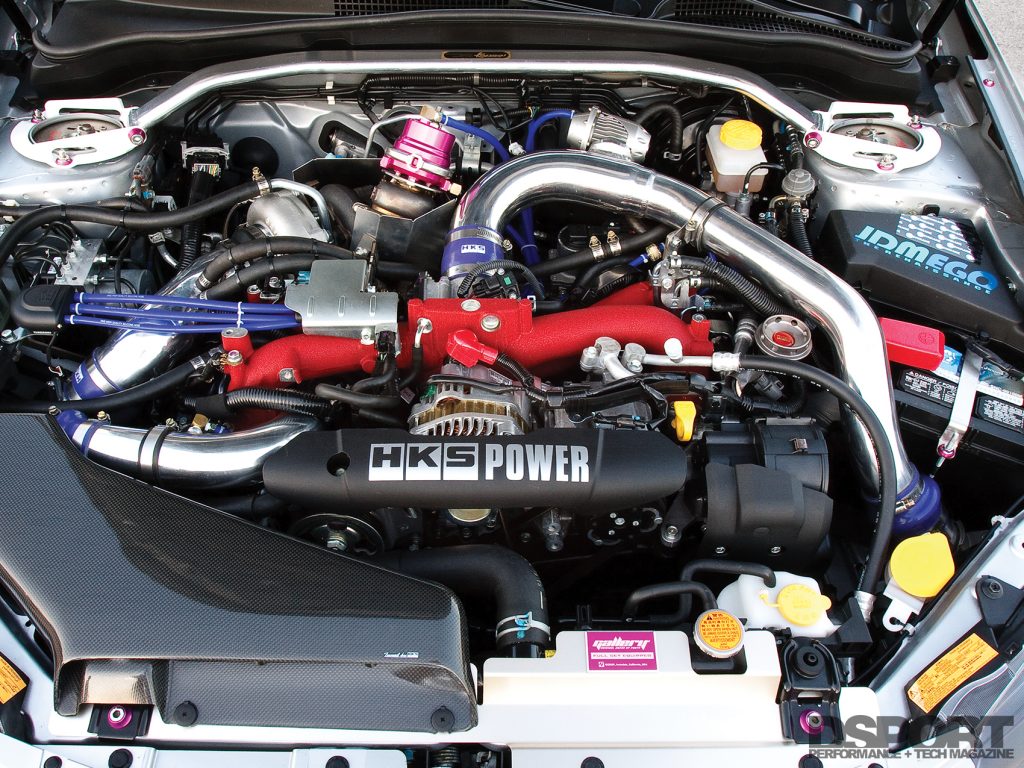 Providing more boost and power without sacrificing response was the ultimate goal. While the factory VF48 turbocharger provides good torque, a larger unit would supply the airflow needed to make a major jump in top-end power. Brian selected an HKS GT3037S turbo kit for its responsiveness and flow capacity. The kit included all the necessary hardware for a precise fit and finish. The GT3037S sits rotated atop a turbine inlet pipe (a.k.a. uppipe) designed with split piping to accommodate the included HKS GT II external wastegate. An external wastegate system allows the gate to stay closed longer and provides a wider flow path when opened. External gates allow for quicker boost response and a reduced chance of boost creep, compared to integral wastegates. 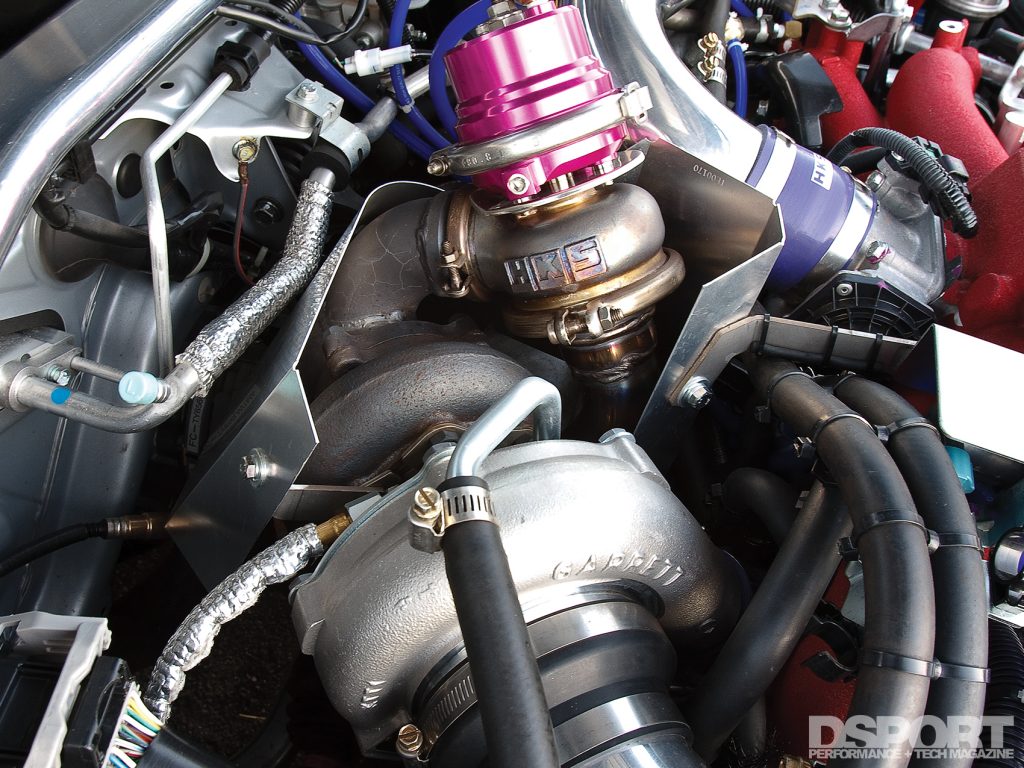 On the cool side, ambient air is filtered by an HKS Racing Suction Reloaded kit before being drawn into the compressor. While some choose to leave the race applications compressor inlet exposed, lack of intake filtration wouldn’t be an option for daily driving. As the intake air is pressurized at the compressor, it’s temperature increases. To combat this, an HKS R-type front-mount intercooler mounted inline between the compressor outlet and throttle body rejects the charge air heat. Rejecting this heat increases the density of the charge air allowing for better power production and also reduces the chance of engine- destroying detonation. 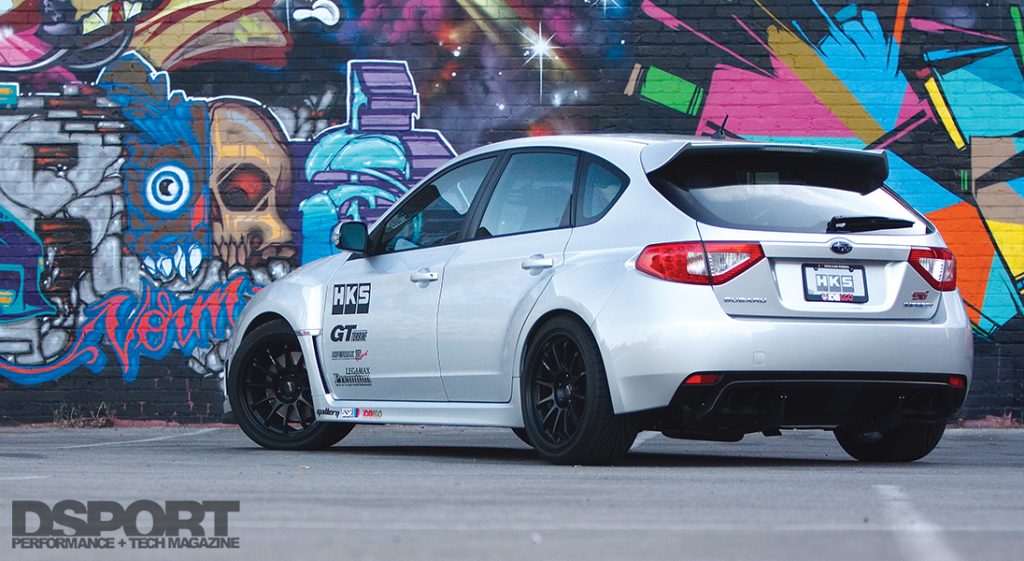 When the charge air reaches the intake ports, Power Enterprise 850 cc/min injectors atomize premium pump gas into the airstream. Once the air and fuel is compressed inside the combustion chamber, HKS M40IL spark plugs ignite the air/fuel mixture. An HKS Twin Power DLI-II ignition amplifier increases the voltage supply to the plugs, allowing spark initiation under high-boost conditions. This ensures every ignition cycle burns the combustion mixture properly and no fuel or power is lost to misfires.

The STI was brought to SP Engineering to dial in the installed boost, fuel and ignition components. The technicians manipulated the fuel and ignition tables of the HKS F-CON V Pro and set the boost to 20 psi on the HKS EVC boost controller. Strapped down to a Dynojet AWD dynamometer, the STI produced 346 horsepower and 320 lb-ft torque at the wheels. Considering a stock ’08 STI produces approximately 250 horsepower on the same dyno, Brian’s Subaru now produces nearly 100 horsepower more than when he drove it off the dealer lot. Brian enjoys how power still comes in early and now climbs all the way to redline. 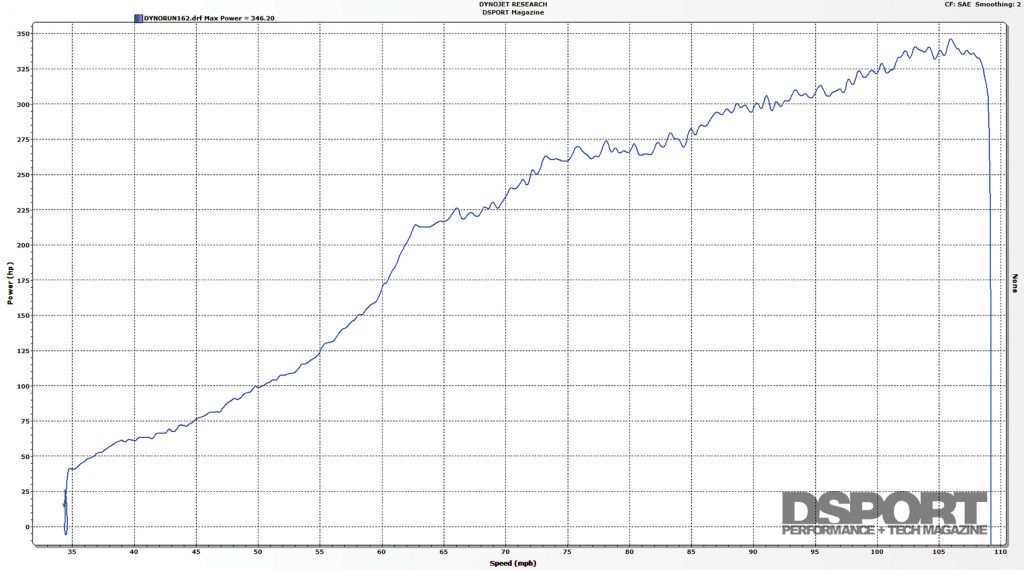 Prepped for Life on the Street 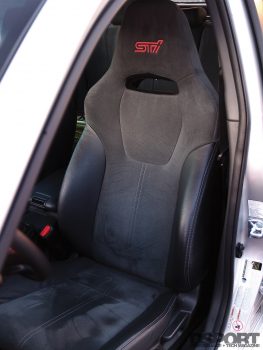 Having a sizeable power increase called for better reigns to control the wagon. Happy with the outcome of the power adders, Brian selected HKS again for a set of Hypermax III Sport coilovers to lower the chassis and sharpen handling. The Hypermax III Sport coilovers provide independent ride height and spring preload adjustment. The bottom shock mount allows for independent ride height and corner balancing adjustments without affecting spring preload. HKS Kansai strut braces link the shock tower tops, preventing the chassis from flexing due to the stiffer spring rate. To take advantage of these new suspension components, SSR Type-F 18×9.5-inch wheels wrapped with Toyo Proxes T1R tires increase the contact patch by an inch at each corner. The combination of a stiffened chassis and wider footprint provides the improved controls the power increase begs for. 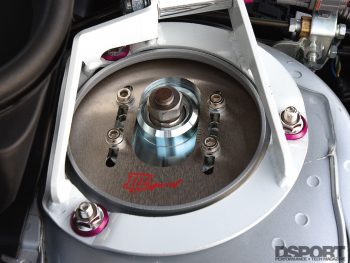 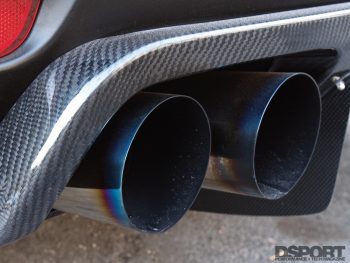 Keeping appearances simple, Brian left most of the aesthetics alone with the only enhancements being a JDM STI front lip spoiler and HKS Kansai carbon- fiber rear diffuser. Brian says the looks out of the box are appealing enough and he likes to maintain a low profile. However, he is not completely finished with the enhancements. Brian is aiming for more power, but he isn’t totally confident with the factory engine internals. However, he admits that should HKS offer an EJ257 stroker kit, he would find purchasing it hard to resist. 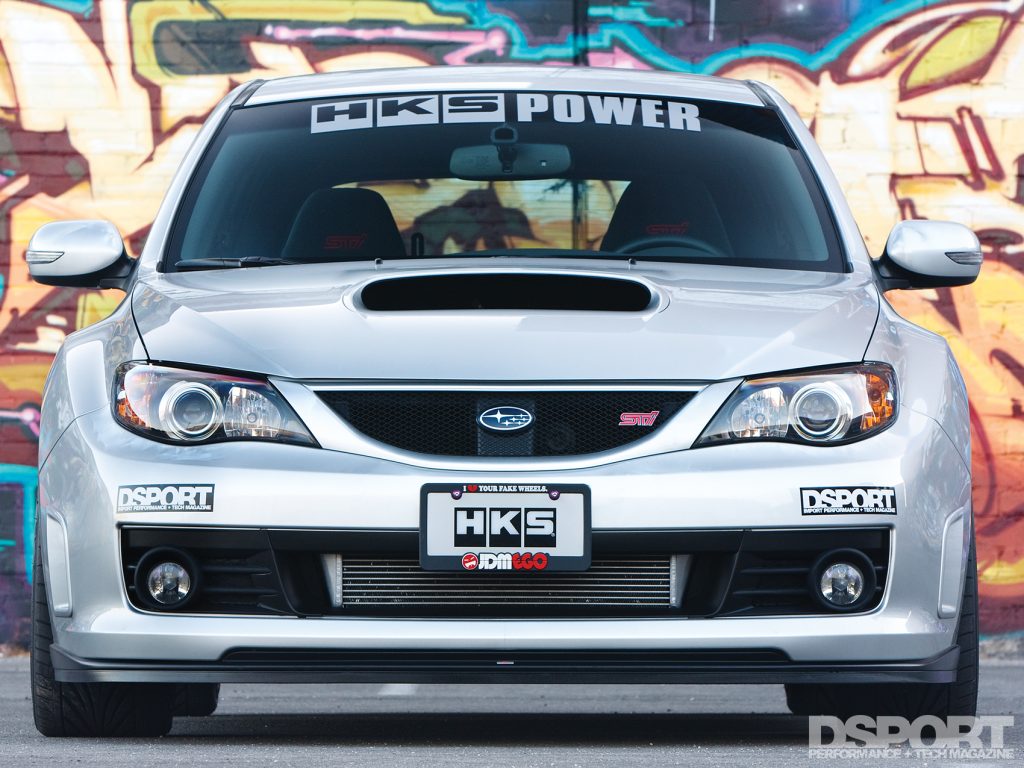