As I’m packing my bags for Seville, Spain to test drive the new Lexus LC 500, it’s hard to hide my excitement for this new Grand Tourer. Unlike the LFA which was prohibitively expensive due to its limited production run and extremely high engineering costs, the LC serves as a platform that can compete with other GT cars in the same $100,000 price bracket. The LC’s stylish design is uniquely Lexus both inside and out with an interior swathed in leather and an exterior that screams next-generation LFA. For the 2016 SEMA show, Lexus worked with some of its industry partners to have a pre-production mule turned into a head-turning concept vehicle. This yellow LC560 concept was not only one of the hottest cars at the SEMA show, it also served notice to the industry that Lexus is serious about performance. This is a message we were very happy to hear. 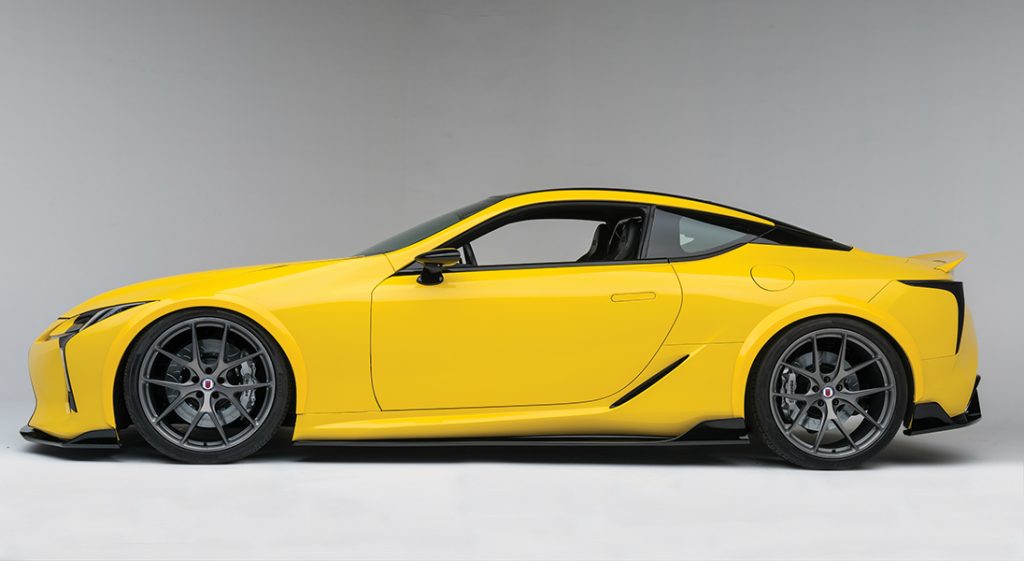 In its production form, the LC chassis relies upon a brand-new design complimented by a low-and-wide aesthetic. Lexus engineers designed the chassis to surpass the stiffness of even the LFA by utilizing more high-strength steel than any of its previous vehicles. The end result is a rigid chassis that not only allows the suspension to work more efficiently in cornering, it also provides for additional ride comfort. Under the hood lies a version of the 2UR-GSE V8 engine that’s also found in the RC F and GS F performance vehicles. The 5.0-liter V8 engine incorporates just about every bleeding edge technology you can find in a modern performance vehicle. The alloy block sports 6-bolt mains, 32-valves, a forged crankshaft, direct and port fuel injection, dual variable valve timing (VVTi), VVT-iE intake cam actuation, four high-lift camshafts, dual-length intake manifold and exhaust and titanium intake valves. Toyota enlisted the talents of Yamaha to aid in the cylinder head design. With a 12.3:1 static compression ratio, the engine is rated to deliver 471 horsepower in factory form. The nearly 400 lb-ft of torque gets multiplied and transferred to the rear wheels by way of a new computer-controlled, 10-speed transmission. Needless to say, the transmission should have no trouble keeping the engine in its sweet spot at any speed or load condition. 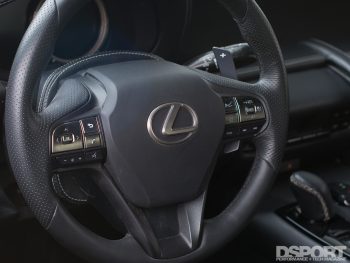 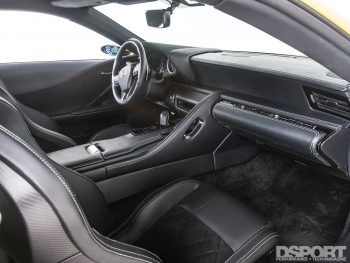 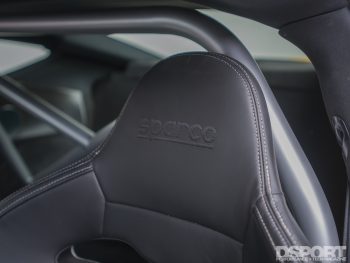 Lexus has not historically been a brand that’s primarily associated with performance. Instead, the brand has traditionally been associated with exceptional quality, luxury and status; more than sport and performance. Now, the seating arrangement has changed. Performance will be taking the wheel while luxury will ride shotgun.

Soon after Lexus unveiled the LC 500 at the 2016 North American International Auto Show back in January of 2016, Gordon Ting and the team at Beyond Marketing was tasked to put together a race-inspired version of the LC for the 2016 SEMA Show. Beyond Marketing made three calls to assemble the team. Evasive Motorsports was asked to provide the base for the build. The Evasive staff would be responsible for the suspension setup and prepping the vehicle to be ready for the body tuning. Additionally, Evasive handled transportation logistics and much of the cleanup required to make a mule into a thoroughbred. Taichi Tango of ARTISAN SPIRITS of Japan was enlisted to create the race-inspired look through the art of body tuning. Finally, Club DSPORT was contracted for the engine development program of the 2UR-GSE.

The days of clay modeling and hand building plugs and mock-ups are coming to an end. For high-end body parts crafters such as ARTISAN SPIRITS, 3D scanning and computer modeling are now the norm. We thought it was interesting to see the process and timeline for a body kit on a brand new platform. Considering the challenges of being a manufacturer that’s 5,000 miles away from the vehicle, it’s amazing how these challenges were overcome to a successful end. 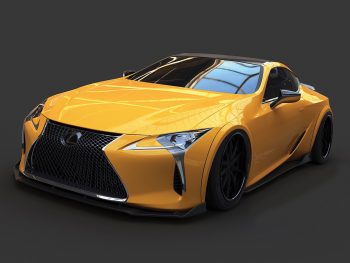 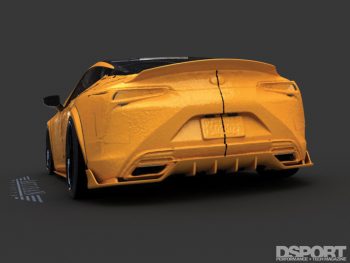 Taichi Tango of ARTISAN SPIRITS had only met Gordon at SEMA 2015. Despite never working together, the two came to an agreement to have Mr. Tango head up the design. In March of 2016, Mr. Tango began the process of putting pen to paper to work with Gordon on a rough design. By May, the rough design was completed, but access to a vehicle wouldn’t occur until July. As soon as the vehicle was delivered and prepped by the Evasive Motorsports team, Mr. Tango flew out to 3D scan the exterior of the vehicle. The 3D scanning of the vehicle located thousands of points that were made into a mesh and finally into 3D surfaces in the computer model. 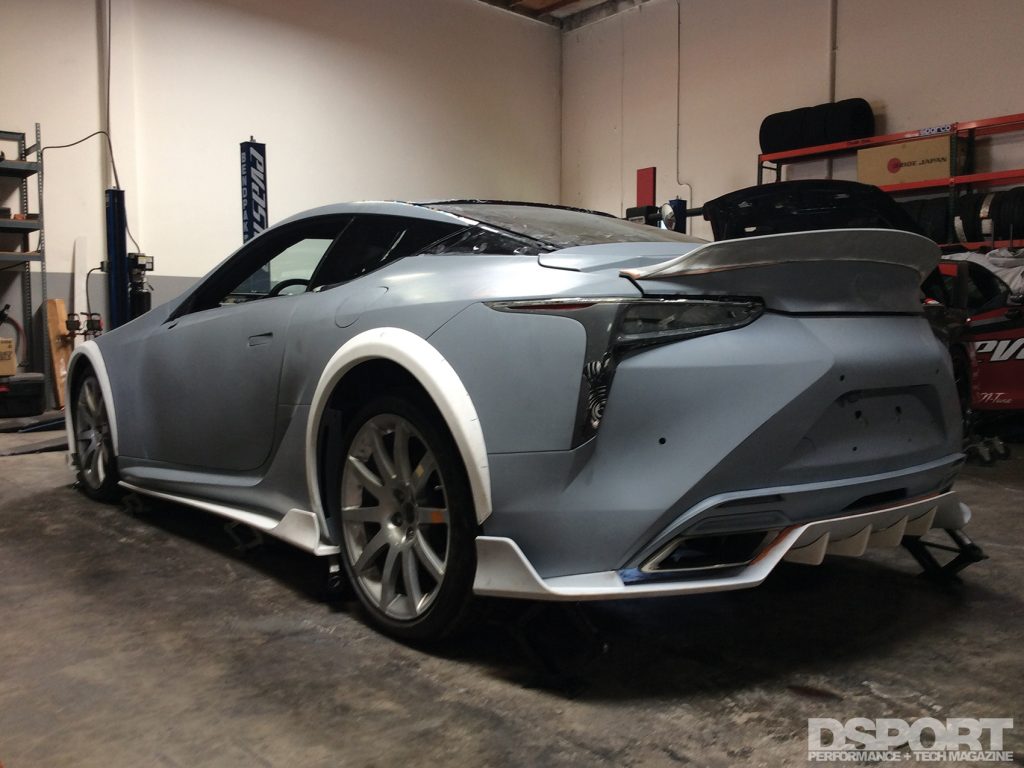 With an accurate 3D model now on hand, the body tuning parts were computer designed to meet the looks of the original rough design. For a few weeks, revisions and adjustments were made until a final computer design was completed. Now the challenge would be to manufacture the parts to meet the fit of the computer model. 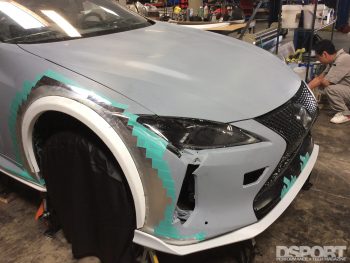 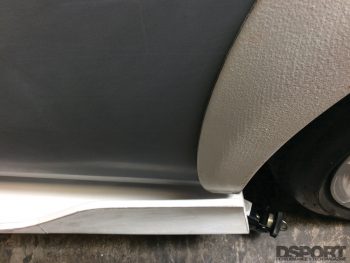 By August, Mr. Tango and the ARTISAN SPIRITS crew made a master prototype model of the kit based on the final computer design. Normally, this process is followed by test fitting and adjustment before final parts are made. Unfortunately, the car was 5,000 miles away. So the priority was to set up a home away from home at Evasive Motorsports. All of the necessary tools and fixtures were boxed up and sent from Japan to California. 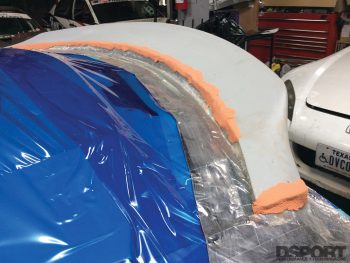 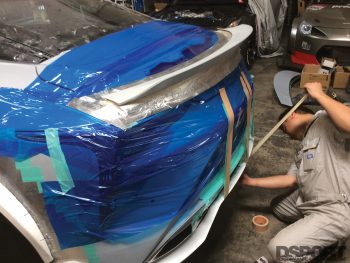 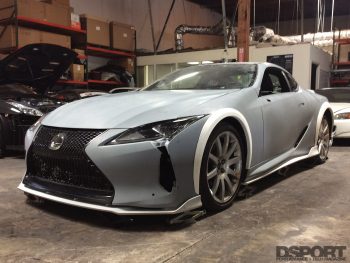 In the beginning of September, craftsmen from ARTISAN SPIRITS arrived in Los Angeles to do the fitting and finishing on the master model. Once this tedious work was completed, the master model was sent back to Japan to have the final parts produced.

In the beginning of October, a finished body kit was sent to EVASIVE. With no time left for a complete respray, the decision was made to wrap it up. 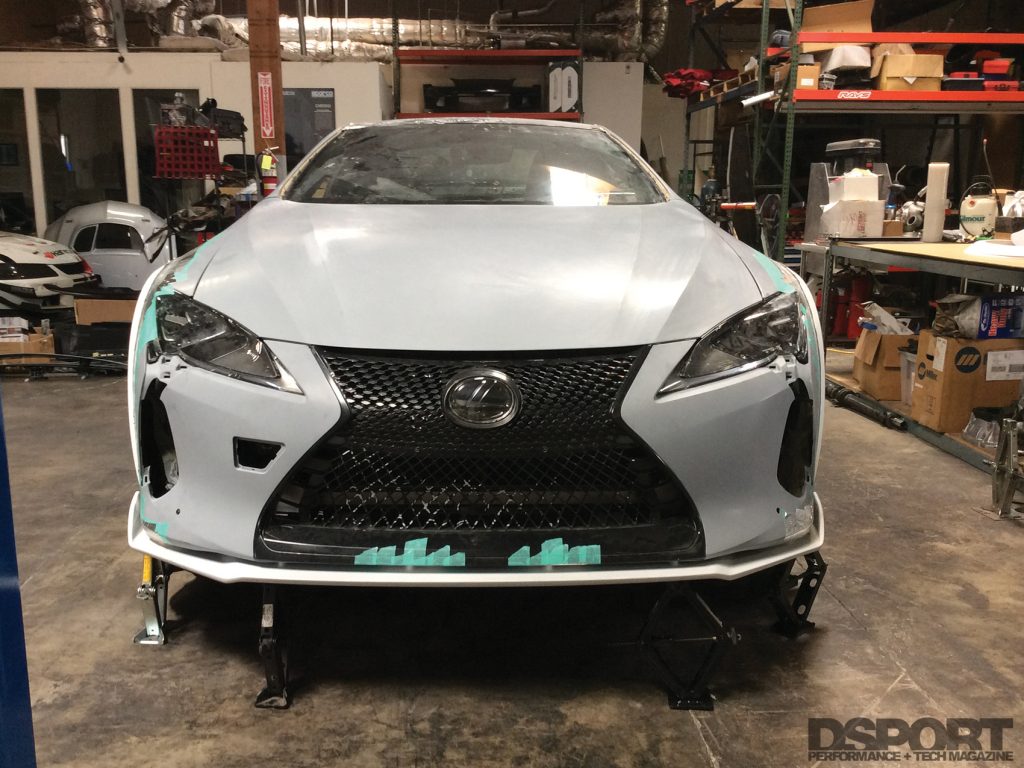 Making the workshop functional was a primary concern for the ARTISAN SPIRITS team that sent critical tools and equipment from Japan to Evasive Motorsports in Los Angeles.