Meet our DRAG Sport Project GT-R. This is a 1996 Nissan Skyline GT-R V- spec. Before the turbocharger upgrade that you are about to see, the car generated almost 380 horsepower at the wheels. That’s enough to run in the 112-116mph range in the quarter mile, with low 12-second elapsed times. However, that’s not close to being good enough for DRAG Sport’s project GT-R.

Our plan with the project is to build a 10-second GT-R using the stock long- block and then build the car to run in the 9s with a built engine. If we can get into the 9s on radials, we will have joined the exclusive RH9 club. RH9 is all about running in the 9s on radials. In Japan, it’s the designation that separates the men from the boys with regards to ultimate street performance vehicles. To build the first RH9 GT-R (hopefully without resorting to the benefits of a nitrous-oxide system) is our goal.

We are currently starting with a low-mileage stock engine that’s had the addition of a Veilside exhaust system, an OS Giken dual-disk clutch, an Apex Integration Power FC engine management system, Venom Z32 air- flow meters and 950cc injectors. As mentioned before, we’re at 380 horsepower to the wheels with the stock turbos. The turbos are now the bottleneck in the flow for more power and performance. 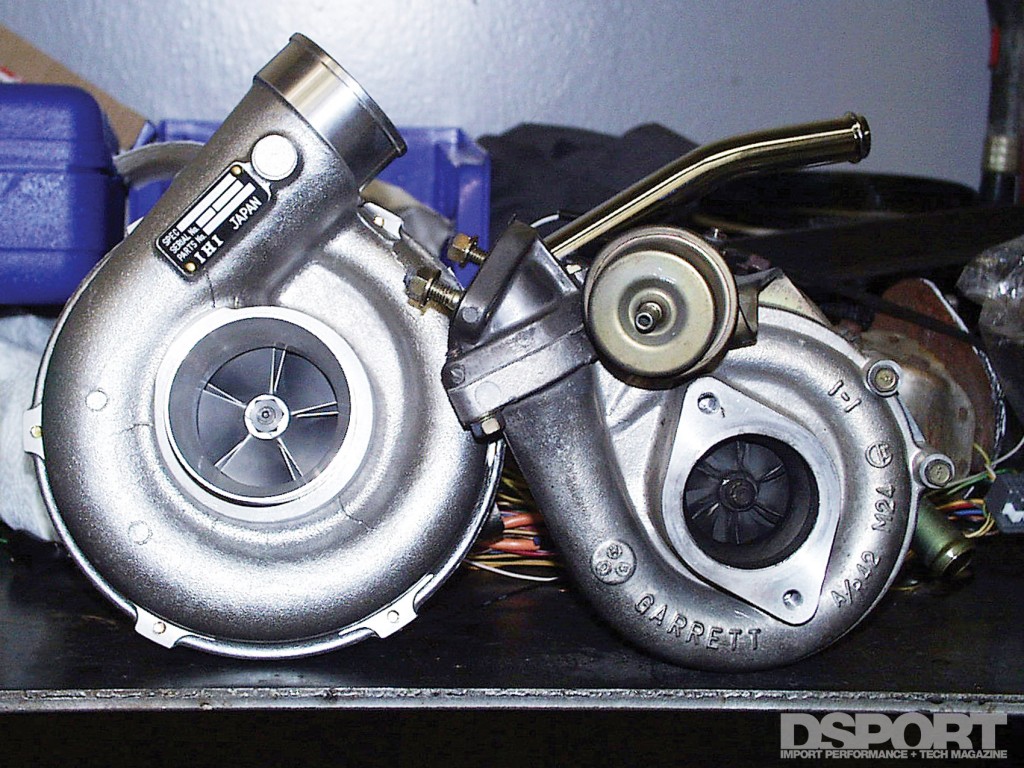 We did our research on available turbo kits for the RB26DETT engine in a GT-R and the sheer number of turbo systems is incredible. There are 100s of choices. We had to narrow the search. For one, we wanted a twin setup. Why? The RB26DETT comes from the factory with twin turbos and we wanted to keep the same type of configuration. Second, we wanted a system with cast exhaust manifolds. Why? We wanted to log a great deal of street miles in addition to quarter-mile blasts. With this in mind, the reliability of a cast exhaust manifold was a must. Wanting a system that had aftermarket cast manifolds, twin turbos and the airflow potential to make 800-1000 horsepower definitely narrowed the field. In the end, we chose the RX-6 twin kit from Apex Integration.

With this kit, we had a choice of four different compressors (TCW77L, TCW76L, TCW10, TCW15) and up to up to four different turbine housings (P20, P18, P16, P13). We choose the second largest compressor teamed with the second largest turbine housing. This turbocharger combination would easily have the airflow potential to reach the 800 to 1000 horsepower mark at the wheels.

Rather than bore you with an install article that you probably won’t ever use, we decided to just include a few pictures of the process along with some comparison shots. In this way, you see the physical differences between the parts. As for the installation process, there are definitely portions where you wish your hands were smaller when you are removing the factory system. However, the installation of the Apex Integration turbocharger system goes quickly. The parts are definitely engineered to fit well. Additionally, everything you need for the install is included in the kit. 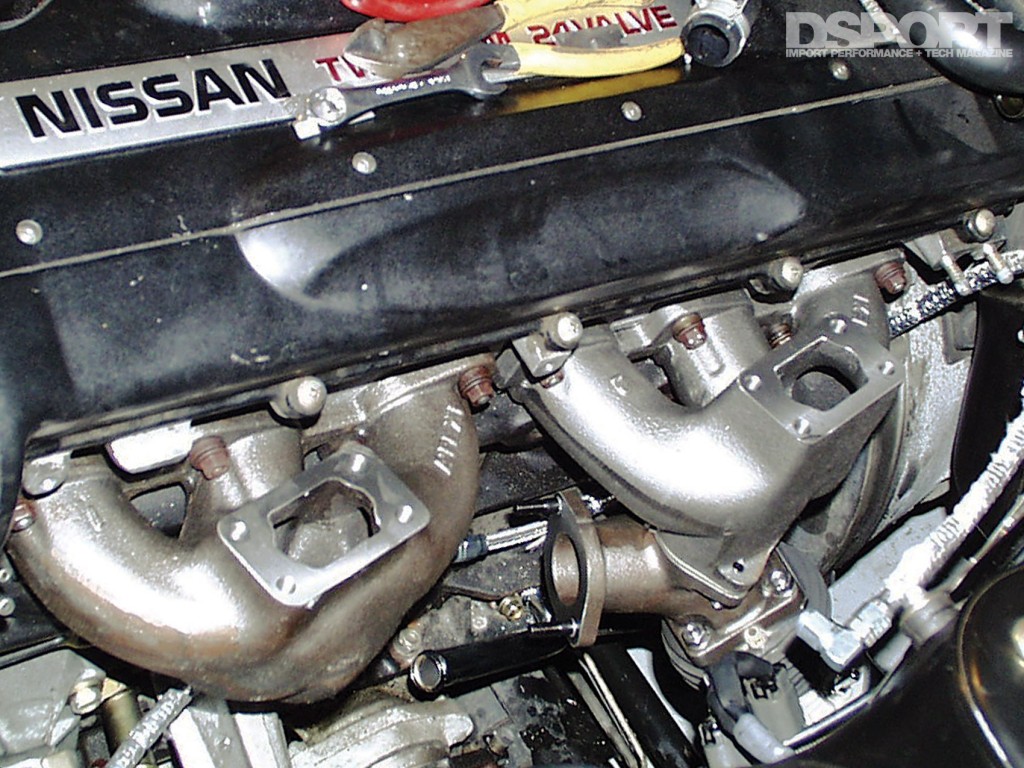