The orders have been placed, but parts delivery for the GT-R is taking longer than expected. This downtime has enabled us to get back on the same DynoJet chassis dynamometer at XS Engineering to evaluate the performance of the engine with the smaller P13 turbine housings in place. As it would turn out, the extra dyno time has proven to be a blessing (or curse) in disguise. While making the passes on the dyno, we have discovered that our GT-R has now developed some high rpm issues. 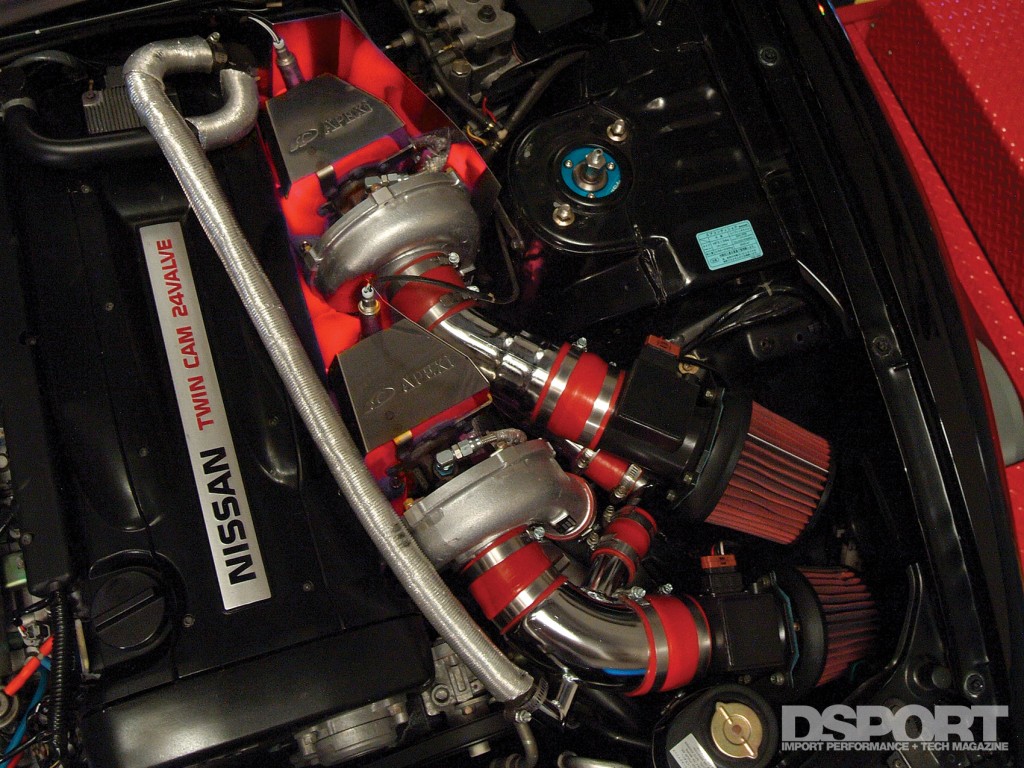 There’s more power available much sooner. In the case of reaching 300 horsepower, we previously achieved that mark at 5900 rpm. Now, 300 horsepower is available at 5400 rpm. The 400 horsepower level comes on at 5700 rpm, instead of 6100 rpm with the larger P18 housings.

While we liked what we saw up to 6000 rpm, what we experienced beyond 6000 rpm had us scratching our heads. 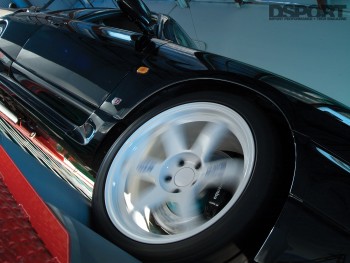 As the tachometer climbed past 6000 rpm, the engine laid over and lugged to just 500 horsepower until redline. Previously, this was the sweet spot where power skyrocketed up past 650 at the wheels. A check of the peak sensor data from the Power FC showed that although boost pressure was reaching good peak values, the air flow values were rather low. Where we had previous seen voltage numbers up to 4.60 volts, now readings were down to 4.20 volts. Something was not right. 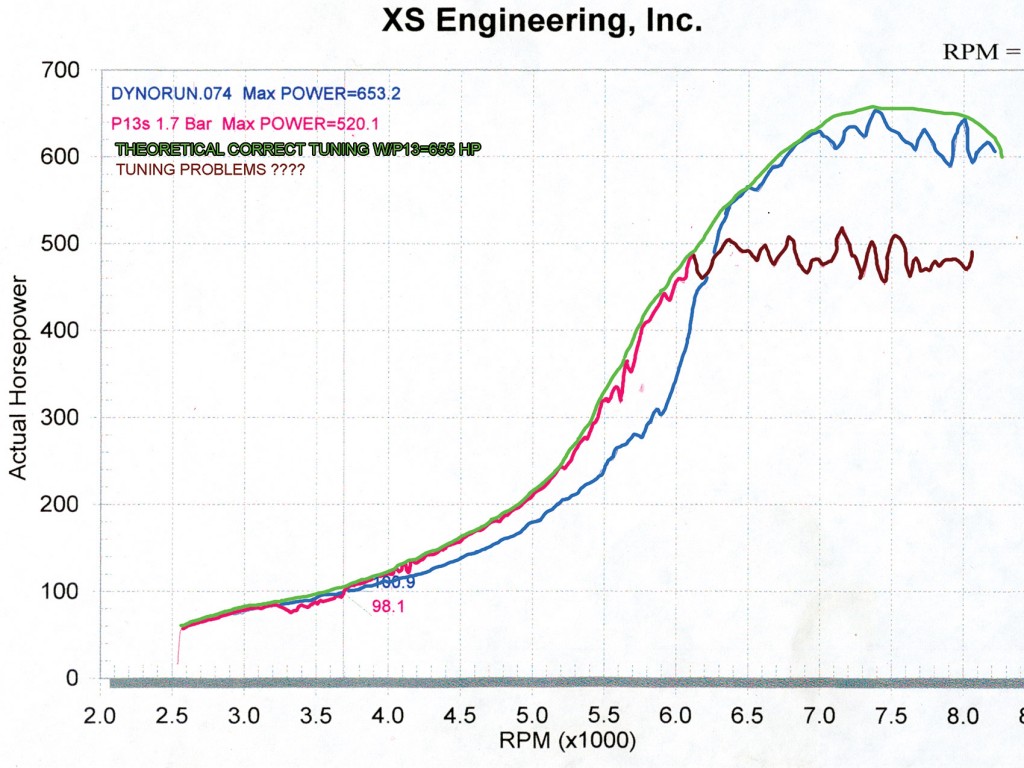 We already know that the engine can make significant power beyond 750 with the P13 turbine housings in place. So the P13s cannot be the restriction. In some instances, smaller turbine housings can choke off top end power (especially if the wastegate system used is marginal in capacity). However, our previous experience and the experience of APEX Integration (the original VMAX GT-R combination used a TCW76L-P13x2 combination to produce 880 horsepower) tells us that this is not the case. From earlier tests, we already know that the fuel system needs to be upgraded to incorporate a second pump to meet the flow requirements of the engine. Could this be the problem? This is a possibility. However, we do know that previously we had enough fuel flow to make 655 horsepower at the wheels. The best way to evaluate this situation would be to install a fuel pressure gauge and make sure that the pressure doesn’t begin to drop as the engine accelerates through the powerband. Another possibility could be that the mechanical condition of the engine deteriorated. In our case, the tell-tale signs of blue exhaust smoke, excessive oil consumption and high crankcase blow-by are not evident. Still, the possibility of a deteriorated engine condition could be eliminated with a compression check and leak down test of all the cylinders. If the engine is still sound and the fuel available, another potential problem could be in the ignition system. If the spark is getting blown out in some of the cylinder, boost pressure could be high and power could be low. This could be the result of a bad coil pack on one or more of the cylinders. One check for a coil is to check the resistance across the primary and secondary circuits and compare these to the manufacturer’s specifications.

Where do we go from here? Back to square one. When you have potential problems, the best approach is to eliminate them as the cause. We’ll do the compression check and leakdown, upgrade the fuel system and inspect the ignition system. Then it is time to go back to the dyno. Hopefully we’ll hit our target marks and go beyond to generate even more power. Stay tuned.