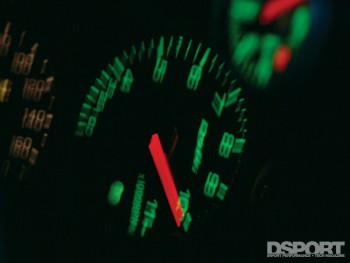 When we began this project, our goal was simple: to build America’s first RH9 GT-R. To qualify for RH9 status, our GT-R would have to run a 9-second quarter-mile time on radial tires. Although this was an ambitious goal, it was certainly an attainable goal based on the performances achieved by these vehicles when tuned overseas. We could have easily copied an existing tune-up and performance combination from Japan or Australia and called it a day. There would have been nothing wrong with taking this approach. Instead of jumping from point A to point B, we decided to learn everything we could about the RB26DETT engine and R33 platform as we took the time to test and evaluate each part that we used on the project. Although not everyone will own a GT-R in their lifetime, the method and tuning techniques used in this buildup can be applied to any high-performance turbocharged vehicle.

Our new goal is to build a RH9 GT-R that maintains its full driveability, retains the creature comforts (A/C, sound system, interior) and generates over 1000 horsepower at the flywheel (850 at the wheels). With the exception of running on high-octane race gas, the transition from daily-driver to 9-second rocket should be seamless.

Our last trip to the dyno revealed some issues that we were having with our powerplant. As the engine made a pull on the dyno, the power curve flattened out at about 500 horsepower from 6000 rpm to redline. We speculated about some causes and determined the best course of action would be to establish which components were working well and which components were not. 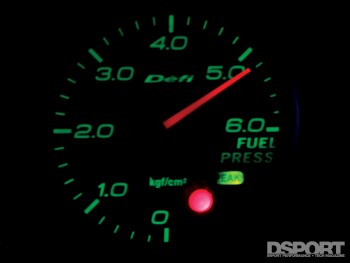 As for the fuel system upgrade, it has finally been completed. Two Apex Integration R33N1 fuel pumps were dropped into the factory tank and wired on a new 30-amp relay and fuse. Remember, when using two pumps it’s extremely important to wire both pumps to the same fuse and relay. In this way, if a fuse or relay fails the pumps both shut off, instead of having only one pump running.

Back on the Dyno Again

With the new fuel system in place, an upgraded cooling system and a new power goal at hand, it was time to revisit the Dynamic 4-wheel dyno at XS Engineering in Huntington Beach, California. Five gallons of VP Racing C16 fuel was poured into the nearly empty tank as Eric Hsu plugged into the Apex Power FC engine management system. The wide-band oxygen sensor was installed in place of the factory O2 sensor to keep a log of the air-fuel ratios during the test. 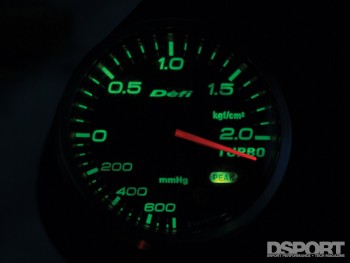 A night of chasing our own tails was in store for us. We quickly learned that the gear used for the dyno pull along with the acceleration rate of the dyno, would both affect the numbers and shape of the power graph from the dyno. We tried boost levels from 25 to 32 psi and we got power figures that were all over the place. In the end, we tracked down the notes that told us that we had run the test in third gear with a 6mph/sec acceleration rate with the air temp sensor placed directly in front of the air flow meters. Plugging these numbers into the mix allowed us to get dyno numbers and graphs that were on the same order as our previous testing. By the end of a long night, we had generated 764 horsepower at the wheels at 29 psi of boost pressure with a 12-to-1 air-fuel ratio. Our injectors were only at a 65-percent duty cycle to keep this target air-fuel ratio at full power. This was a good indication that our new fuel system is doing its job, as we previously had the injectors opening at a 100-percent duty cycle while only delivering a 13-to-1 air-fuel ratio. 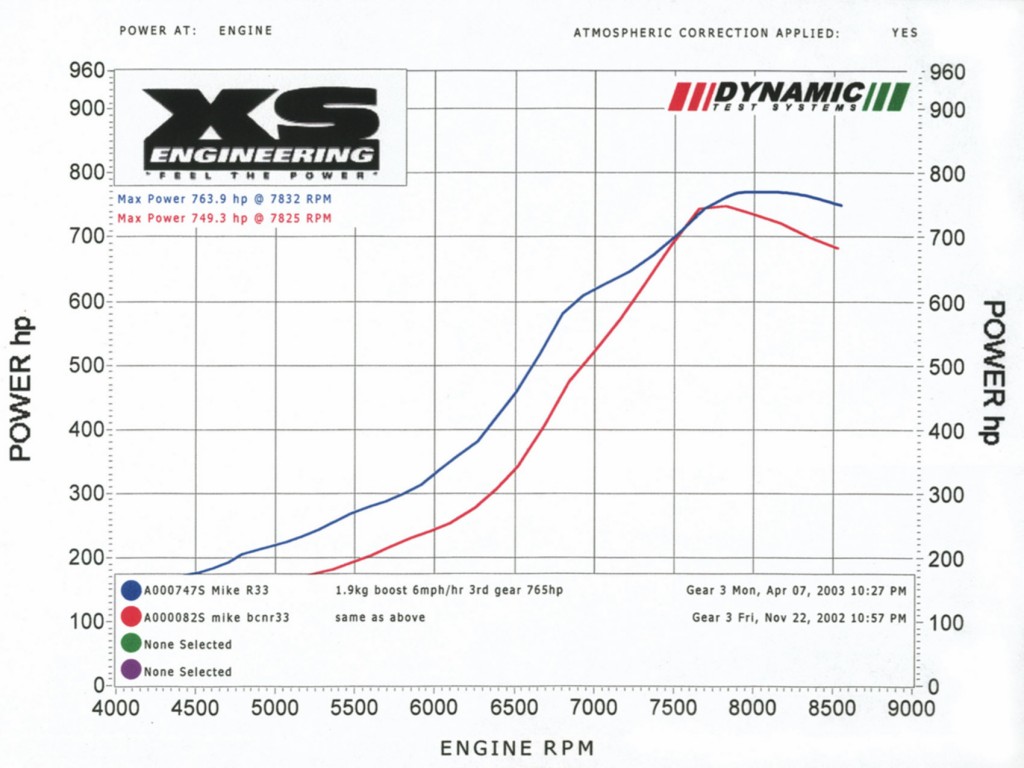 While the Dynamic 4-wheel dyno is an awesome tool for engine management tuning, the DynoJet dyno is also an industry benchmark that is great for parts comparison evaluations. How much horsepower would our GT-R make on a DynoJet? Fortunately we’ll find out next issue, since XS Engineering has one of each at their facilities. For future testing, we plan on using the DynoJet and shooting for 850 horsepower at the wheels. This figure would translate to over 1000 horsepower at the flywheel.