While the ignorant V8 “Mountain-Motor” camp still spouts the “There’s no replacement for displacement” mantra, various methods of forced-induction have proven to be the perfect substitutes for cubic inches. Turbochargers, along with positive displacement and centrifugal superchargers, have allowed small-displacement engines to multiply their naturally-aspirated output. When the desired power increases are on the order of 50-to-100-percent over the “all-motor” output, a properly-sized and well engineered turbocharger or supercharger system can generally provide the desired performance increase without a significant trade off in engine response. However, when the output of the engine is going to be doubled, tripled or quadrupled, a big turbocharger or massive centrifugal supercharger is required. While these components will add significant power gains at higher engine speeds, both will generally experience some degree of boost lag at low-to-mid-range engine speeds. With only limited amounts of additional air being forced into the engine at the lower RPMs, the additional horsepower and performance realized is limited. Text and Photos by Michael Ferrara 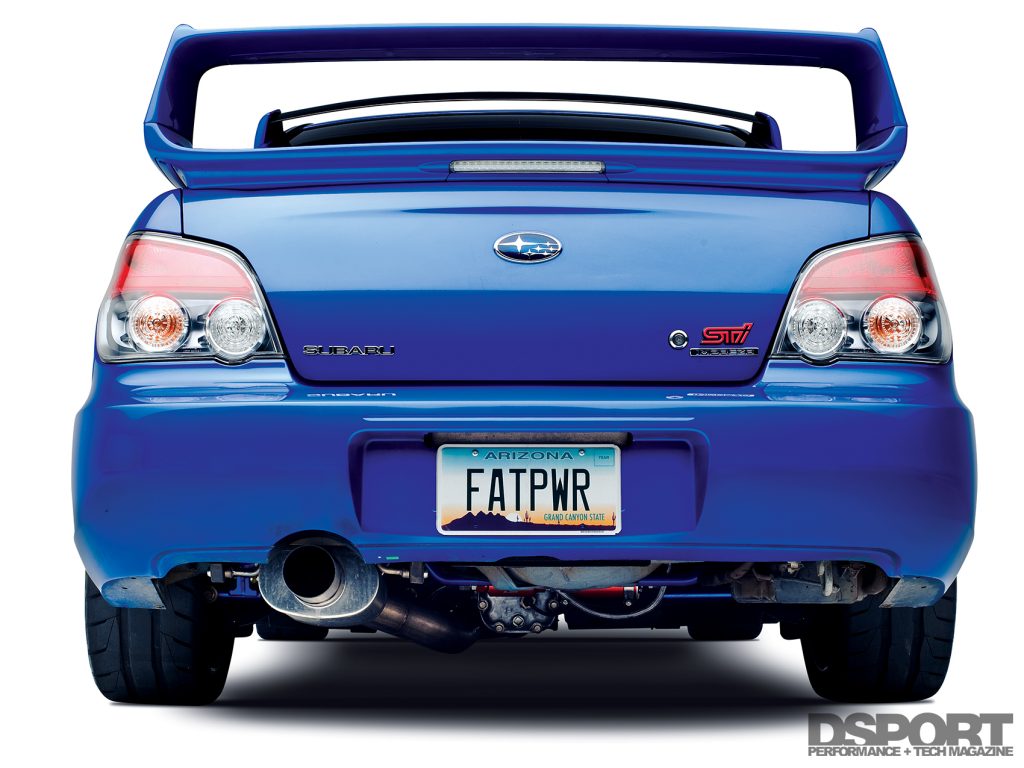 Forced Air Technologies (FAT) of Phoenix, Arizona decided a combination of two different forced-induction technologies would provide the optimum in boost and engine response. A positive-displacement supercharger and high-efficiency turbocharger would be integrated in a quasi-sequential system that would take the strengths of each system to mask the weaknesses of the other. 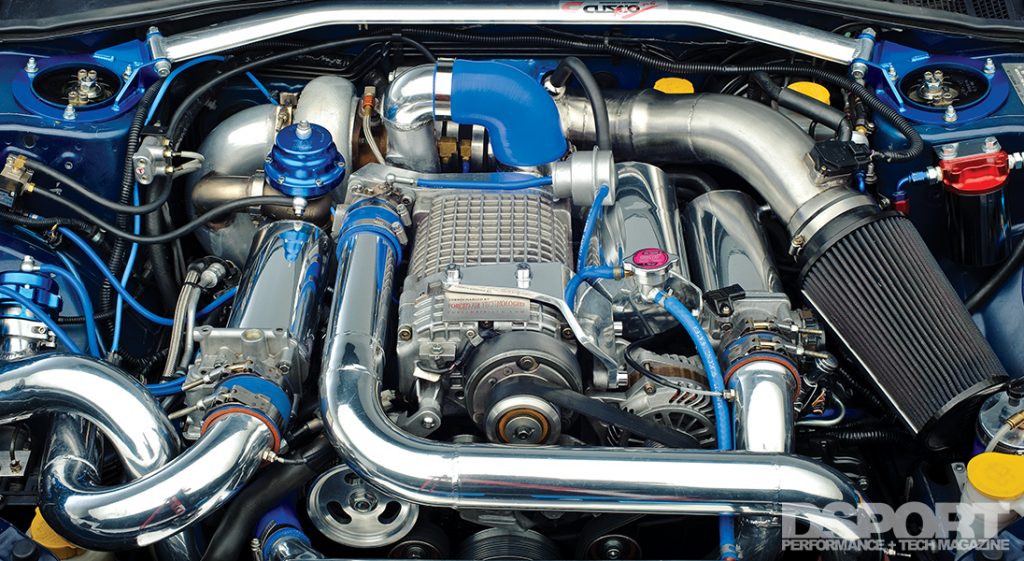 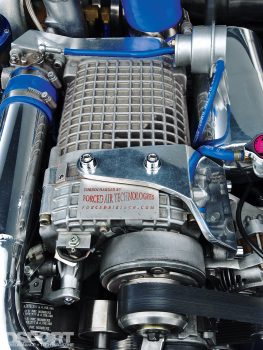 The FAT strategy for delivering the best of both worlds involves using the supercharger at low engine speeds until exhaust flows are high enough to let the big turbocharger take over. To make this strategy a reality, a positive-displacement supercharger fitted with an electric clutch would be a must. FAT chose the supercharger used on the Mercedes Benz C32 AMG and SLK32 AMG. This supercharger allows the Mercedes Benz 3.2-liter V6 engine to make about 350 horsepower. To extend supercharger life and improve fuel economy, the supercharger uses a clutch to reduce parasitic drag during cruise operation. FAT uses this clutch system to deactivate the supercharger once boost pressure has reached the target level. Once deactivated, the big Garrett GT4088R takes over. At 32 psi of boost pressure, the GT4088R delivers enough airflow to allow 604 horsepower to be realized at the wheels on the Dyno Dynamics AWD dyno. This is a 163- percent gain over the 230 whp measured in stock form.

Over three years ago in our June 2007 issue (#54), we tested a ZEX Turbo Nitrous System (p/n 82218) on our Project RH9 GT-R. The resulting performance gains from this system were phenomenal. With a street price of just under $600 and an install time of a few hours, this ZEX system was the perfect adrenaline boost for our big-and-lazy twin-turbo combination. 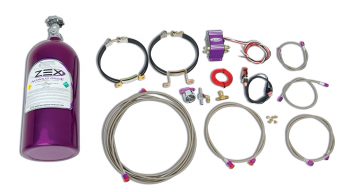 Working in a similar fashion to the supercharger and turbocharger combination used on this STI, the nitrous-oxide system took the same role as the supercharger. The ZEX Turbo Nitrous System would inject nitrous-oxide and fuel until the target boost pressure was realized. At that point, the nitrous-oxide system would shut off and let the big turbos do their job. How well did the system work? On a constant-load dyno pull, the engine reached peak horsepower eight seconds sooner with the ZEX Turbo Nitrous System than without. Despite a conservative 75-horsepower jetting, the system actually allowed the engine to produce an additional 120 horsepower at the wheels at 5,000 RPM. The reason was simple. With the nitrous system activated at 3,500 RPM, the boost pressure was up to 13.2 psi (instead of just 7.8 psi) at 5,000 RPM. Of course there are some limitations with a ZEX Turbo Nitrous System. First, the system should not be activated at engine speeds that are too low. In the case of our 10,000 RPM GT-R engine, we used a window-RPM switch to limit the turn-on RPM between 3,500 RPM and 9,600 RPM. Second, the bottle will eventually run out and need to be filled. In the case of a 75-horsepower shot, a bottle will last for about 45 2.5-second assists.

While the end result of combining two different forced-induction technologies seems simple, the reality is that an immense amount of research, engineering, planning and development needed to take place to make everything work right. Simply fitting the supercharger under the factory hood was a challenge that would have driven a number of fabricators to call it quits. Getting the engine management and boost control systems to work in perfect unison was also a major challenge. However, the hard work paid off as the 2.5-liter engine now has the bottom-end torque curve of a 4.0-liter V8 with over 600 horsepower on the top end. There are replacements for displacement. 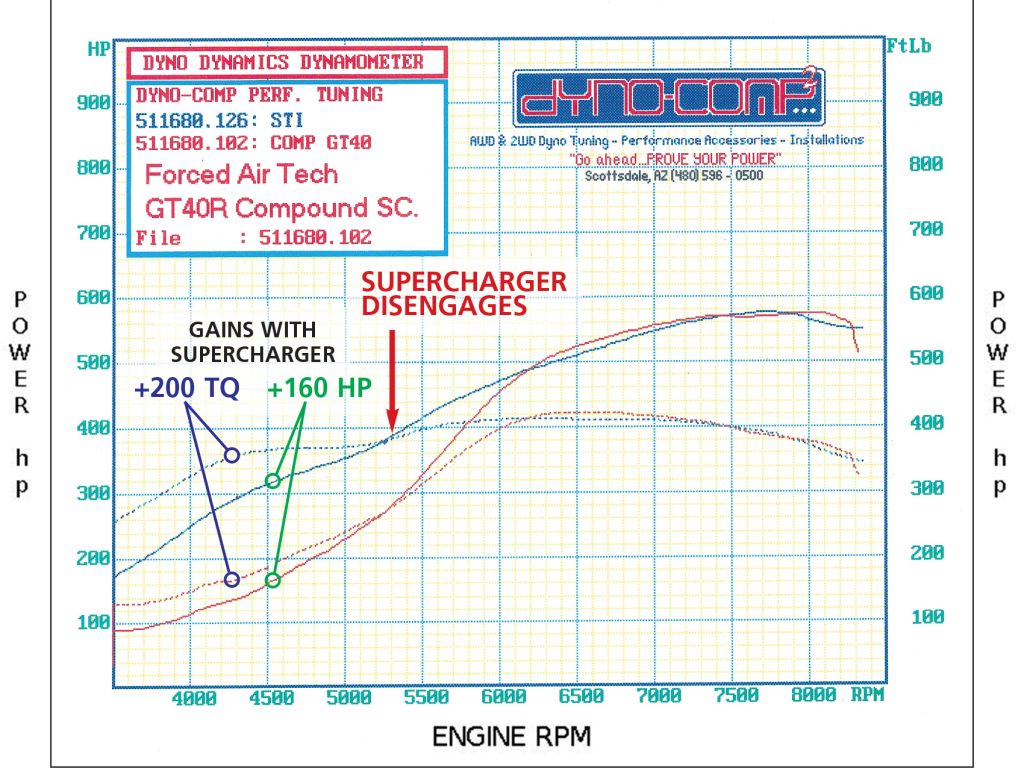