There are few tuning shops in the world that remain loyal to a single nameplate. Fortunately, Honda fans can rely on J’s Racing for support. Located in Osaka, Japan, J’s Racing was founded in 1989 by Junichi Umemoto, a professional driver who competed behind the wheel of various Honda platforms. For over 25 years, J’s Racing has developed parts for Honda platforms, starting with the introduction of VTEC during Honda’s heyday through today’s iVTEC, K-powered platforms. In addition, they continue to compete in various racing arenas around the world. 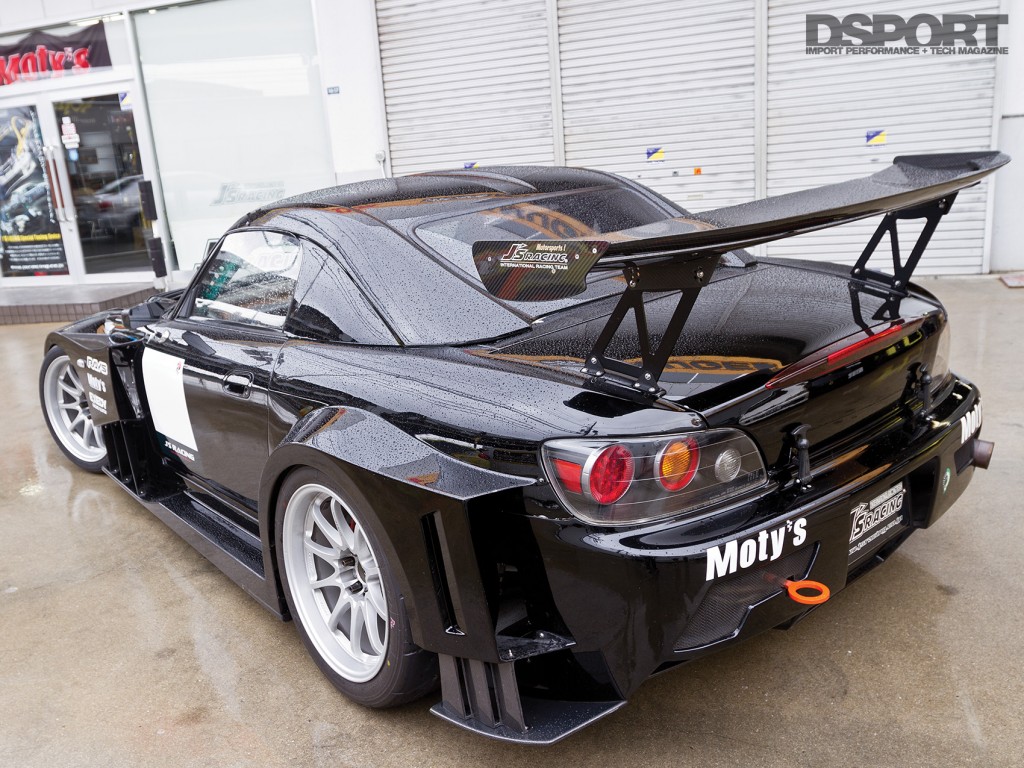 When Honda released the S2000 in 1999 to celebrate the company’s 50th anniversary, no one expected the sporty roadster to garner the attention that it did. At a time when front-wheel drive VTEC still reigned supreme, the S2000 stepped up Honda’s game, adding a front engine, rear-wheel drive layout to the H badge’s stables. With the discontinuation of the NA2 NSX in 2005 and the AP2 S2000 in 2009, the Honda faithful had no choice but to look at used cars, upgrading the Civic Si, or performing engine swaps into the Fit. This lack of options was realized by everyone, including J’s Racing’s CEO, Hisaaki Murakami. He commented, “We purchased this 2000 AP1 chassis in 2005 to build for racing. We didn’t have many choices since the S2000 is the only pure front engine, rear-wheel drive sportscar from Honda. Fortunately, the S2000 really is a good sportscar, so it made sense to develop it into a racecar.”

The original build involved prepping the AP1 for Option2 Magazine Taikyu endurance racing. In this configuration, the S2000 retained its factory 2.0-liter F20C engine and was equipped with a 100-liter fuel tank. Since the chassis had to endure countless hours of racing, J’s Racing prepared the chassis with additional reinforcement to ensure durability throughout the season. They also welded in a nine-point cage to further stiffen the chassis and provide a barrier of protection for the drivers. After enjoying several years of endurance racing success, the team decided to race the car in time attack competition. But rather than focusing on Tsukuba Circuit, where the famed RevSpeed Super Battle takes place, they took aim at one of Honda’s own tracks, the “Figure 8” shaped Suzuka Circuit.

Setting Up for Suzuka

Prepping for time attack is a little different than endurance racing. Time attack pits the driver and vehicle against the clock to produce one quick qualifying-style lap instead of having to manage brake, tire and fuel consumption over the course of hours. Still, it is a form of circuit racing, so many other aspects of the build carried over from the endurance setup. Inside the wheel wells, J’s Racing-spec CRUX adjustable dampers with Swift springs suspend the chassis, while J’s Racing’s six-piston calipers grab larger brake rotors up front to shave speed efficiently. To improve traction, sticky Yokohama Advan A050 tires mounted to lightweight Volk Racing CE28N wheels take their place at each corner. These wide rollers and rubber needed to be covered, so the AP1 bodylines were enhanced with a J’s Racing’s Type GT widebody kit. With airflow strategically routed around the larger contact patches gripping the pavement, the Type GT kit works with a carbon-fiber GT wing to add downforce over the tires. 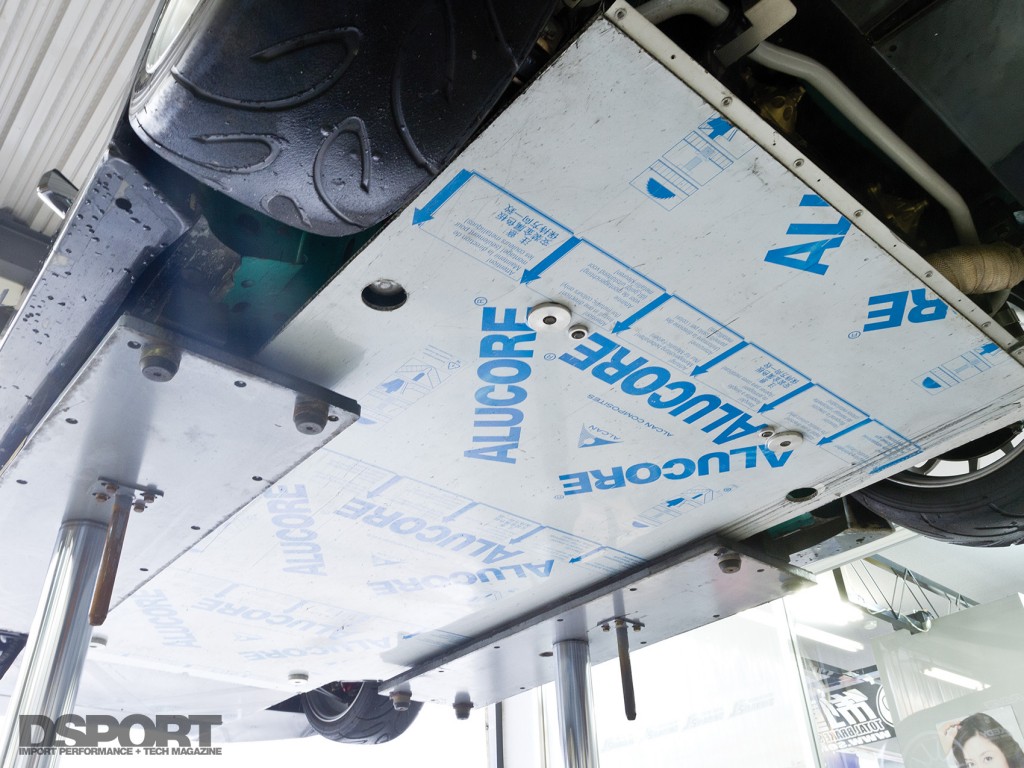 To smooth the flow of air under the chassis, enhance the aerodynamics and increased the downforce over the tires, the J’s Racing crew cut a piece of Alucore to serve as a belly pan for the AP1. While some sanctioning bodies do not permit the use of a belly pan that is not stock from the factory, others allow their use in competition.