Get there first, get there the fastest. The face of racing has evolved with time and technology, but the core purpose remains the same- be quicker and faster than your opponents. As more time passes, more is learned about vehicle platforms, fuel choices, hardware combinations and equipment selection. In the right hands, newer technologies and innovations can raise the output of these variables to an entirely new level. 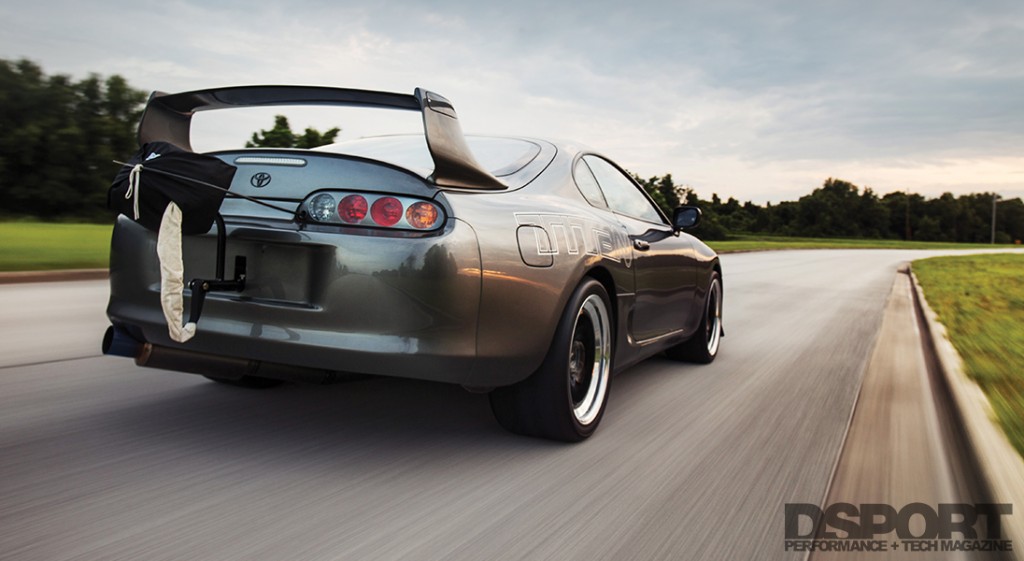 The JZA80 Toyota Supra, sold in the U.S. from 1993 until 1998, is arguably one of the greatest performance imports to be sold on American soil. Its timeless lines are a thing of beauty, while its ferocious, turbocharged 2JZ-GTE inline six-cylinder engine has proven to produce incredible horsepower given its relatively modest displacement. The Supra and its engine have seen duty in a variety of motorsports ranging from quarter-mile drags to drifting, time attack, endurance and Super GT. 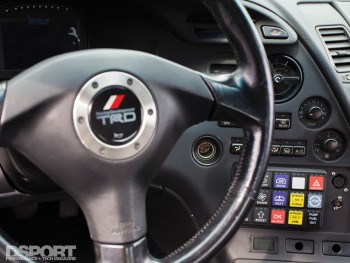 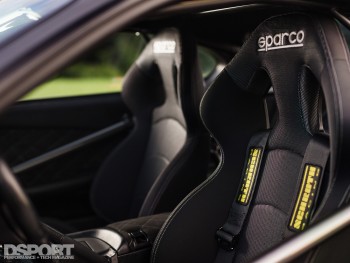 Like the Supra, Titan Motorsports also has a long-standing history with high performance, especially when it comes to Toyota’s Supra platform. Titan Motorsports was founded in the garage of Nero and Bottle Deliwala in Florida. The brothers started Titan Motorsports in the late 1990s simply as a way to buy parts at a discount for their racecars while earning enough from retail sales to fund their racing efforts. They became known early on as Supra specialists, and as they began making big horsepower, winning more races and setting records, their client base grew as well. After more than fifteen years building and tuning some of the quickest and fastest machines on the planet, Titan Motorsports’ knowledge base and experience gained them international notoriety. 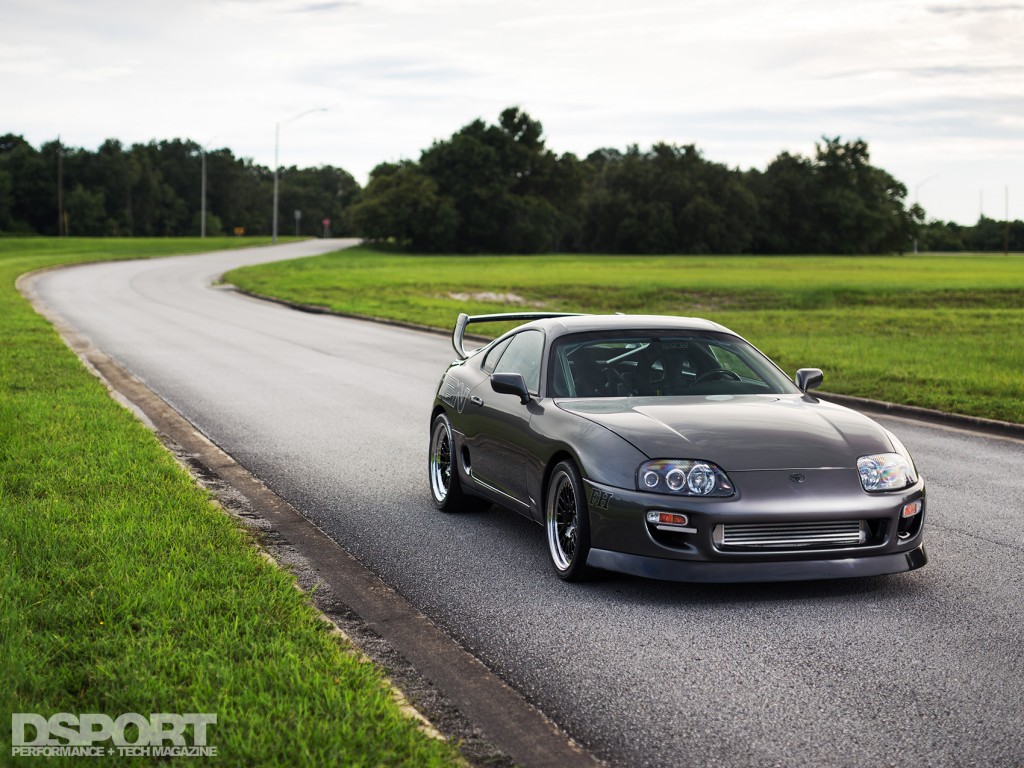 Platform with a Purpose

It is for these reasons that Fahad chose the legendary Supra as the foundation for his build. Fahad, who hails from the Sultanate of Oman, wanted a competitive machine to race at the Qatar half-mile competitions in addition to other events held in neighboring countries in the Gulf Region. But he would not be making turns, smoking the tires or even letting off after reaching a quarter mile. His purpose was to race in the standing mile and the half mile exclusively. These new racing venues, favoring high-output machines, are gaining traction around the world and provide a playground for powerful sportscars. Producing the raw power and possessing the aerodynamics to stay pointed in a straight line made the Supra an ideal platform to serve his purpose. Thanks to time and technology, development of the more than 20-year-old JZA80 had reached a stage of maturation. And, given their experience building some of the quickest and fastest Supras in the world, Titan Motorsports was Fahad’s builder of choice to construct and tune his machine. 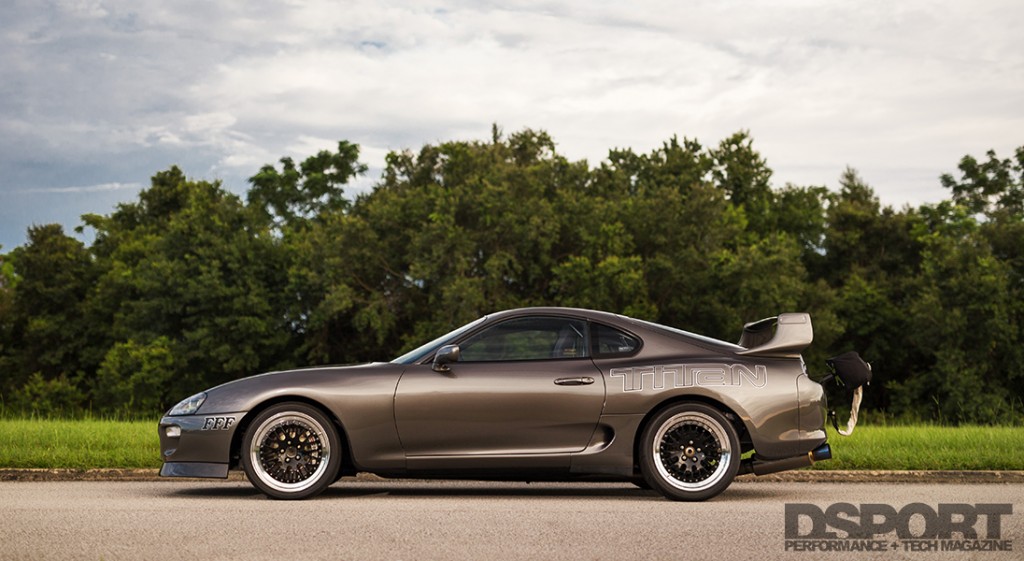 A clean Supra chassis to build upon has become quite a challenge, but Fahad managed to purchase this 1994 JZA80 chassis for his project. It happened to be a hardtop model, which made it even less common and more desirable. When the Supra arrived at Titan Motorsports, the build started with the fortification of the chassis. The standing mile and the half mile are high-speed events that demand a solid chassis for both handling and driver safety. A Titan Motorsports Gen2 roll cage was welded into the cabin, stiffening the shell and providing a degree of protection to the occupants. An Aeromotive fuel cell occupies the spare tire well for safe fuel containment, while also shifting ballast behind the wheels. The battery was also relocated between the shock towers to improve weight distribution and balance. 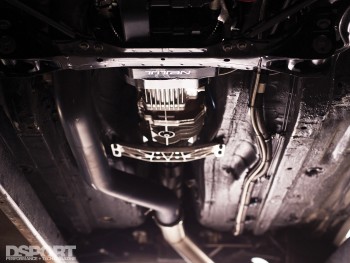 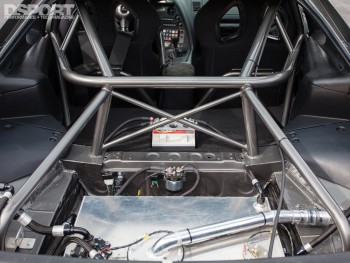 The team then started on the 2JZ-GTE by pulling the engine and tearing it down. After honing the cylinders, a set of 10.0-to-1 compression CP Pistons were dropped in. GRP aluminum rods make the connection between the CP Pistons and the Titan Motorsports Race Spec 90mm stroker crankshaft. Together, these components changed the displacement of the engine
to 3,137cc, an increase of 4.7-percent. Up top, to improve the volumetric efficiency of the cylinder head, Titan applied its S4 cylinder head program before upgrading the valvetrain with Ferrea Dual Valve Springs and Titanium Retainers. To actuate the valvetrain, a pair of Titan’s 280-degree cams provides 10.8mm lift for improved volumetric efficiency. 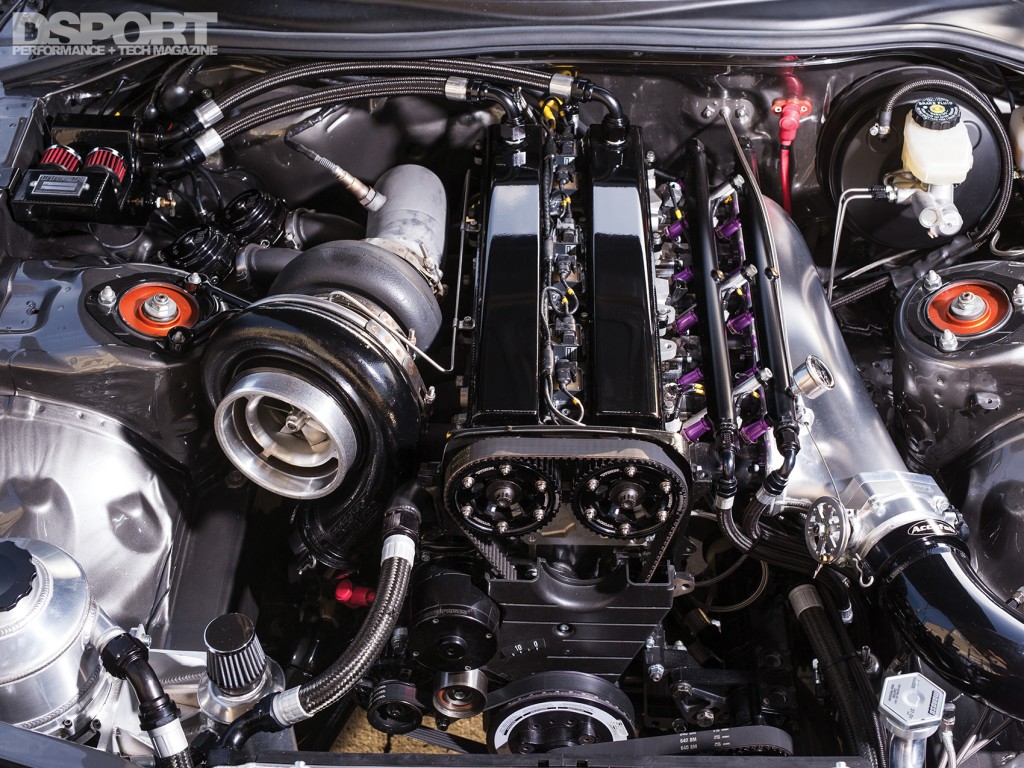 Now that the engine build was complete, attention shifted to aspiration. Since the Supra will be spending most of its time on the top end of the power curve, ensuring that there was enough boost to reach and sustain competitive horsepower was the next variable to be addressed. More than one thousand horsepower would be needed, thus a Precision Turbo & Engine PT8891 turbocharger was chosen for the duty. A Virtual Works exhaust manifold positions the T6 framed turbocharger just to the right of the engine with the compressor inlet facing forward. The compressor feeds pressurized ambient air through a Titan Motorsports Big Intercooler to draw heat away from the intake charge. Once chilled, the air charge flows into a Hypertune intake plenum before being distributed to the intake ports. 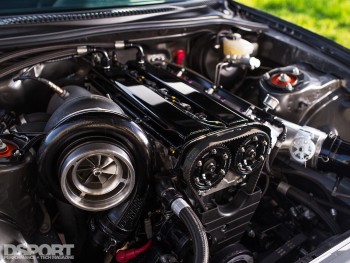 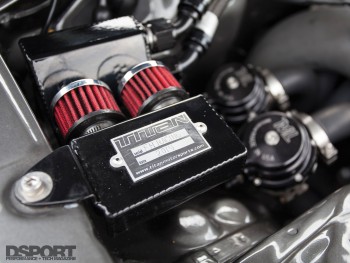 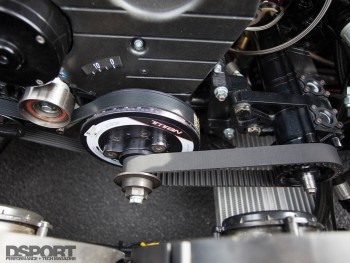 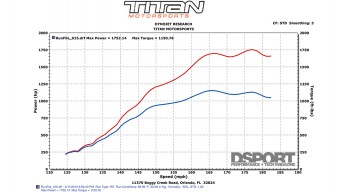 As the air charge fills each of the cylinders, a dozen Injector Dynamics ID2000 injectors spray E98 fuel into the air stream. E98, which is composed of 98-percent ethanol and only two percent gasoline, provides nearly the same performance of racegas at a fraction of the cost. However, E98 must be delivered in greater volumes compared to traditional fuels in order to achieve proper air/fuel ratios, hence the use of a second set of injectors. These injectors rely on a Titan Motorsports mechanical fuel pump to deliver sufficient volumes of E98 to keep the thirsty injectors well supplied. To regulate fuel delivery and ignition timing, a MoTeC M800 engine management system replaced the factory ECU, offering greater resolution, more tuning flexibility and datalogging capabilities to the tuner’s arsenal. Once the engine management tuner, Shane T., finished tuning the M800, he added a Nitrous Express direct port nitrous injection kit into the mix and raised the boost pressure to a staggering 60psi. On a Dynojet dynamometer, the Supra spun the rollers to the tune of 1,752 horsepower and 1,150 lb-ft torque to the wheels. 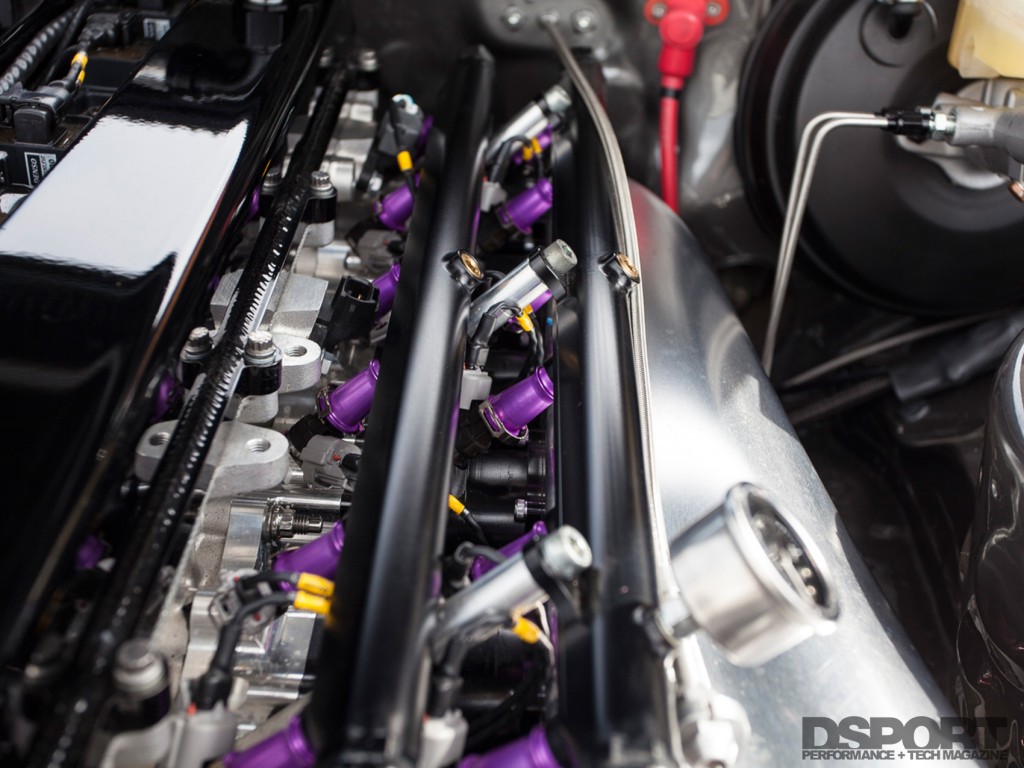 Making world-class horsepower in a chassis prepped for speeds in excess of 200MPH warranted attention be drawn to the wheel wells. To help keep the rubber pressed to the pavement, a set of KSport Drag dampers and springs suspend the chassis over Toyo R888 DOT R radials or Mickey Thompson slicks (depending on the racing venue). After crossing the finish line, massive StopTech 6-piston calipers and rotors up front provide approximately 80-percent of the stopping power while Strange Engineering 4-piston drag calipers at the back deliver the remaining 20-percent of stopping power. As a supplement to the braking system, a drag chute mounted to the chassis stands ready to deploy at the swipe of a handle. 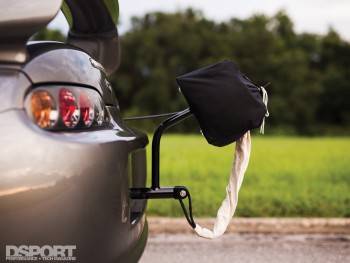 Prepared to Dominate in the Desert

Receiving word that Titan Motorsports was preparing to ship his racecar to Oman has Fahad anxious with anticipation of its arrival. He looks forward to taking on the European exotics with a two-decade old chassis motivated by modern technology. As long as he reaches the finish line first and gets there the fastest, nothing else matters. 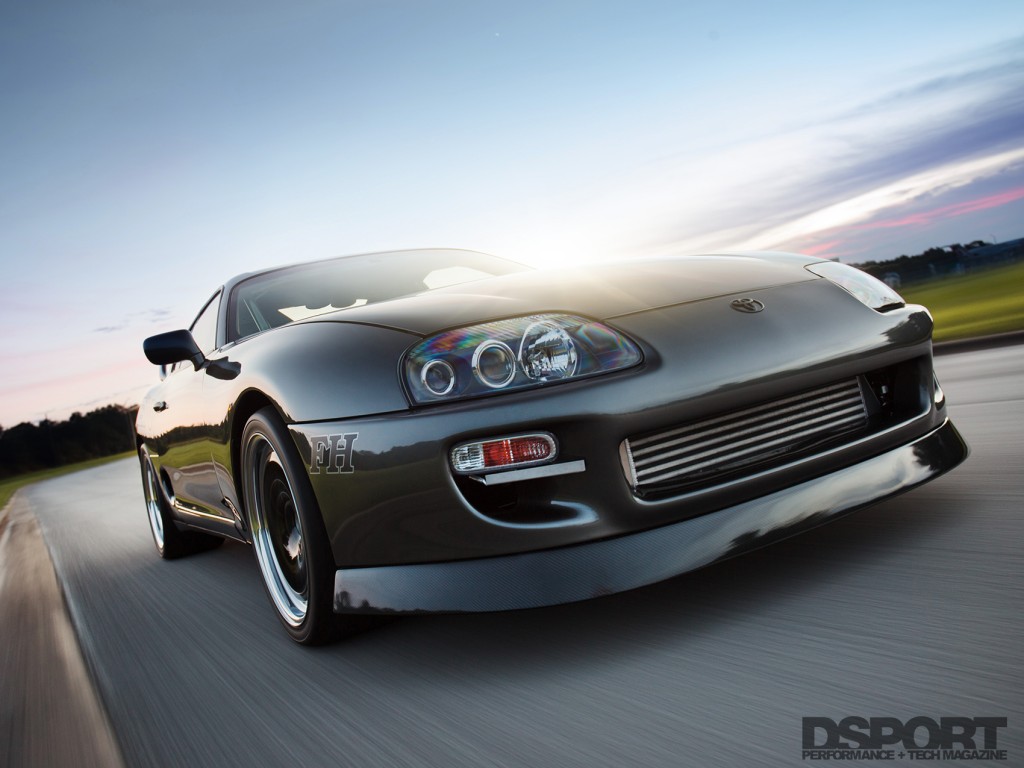