A little over a year ago, we featured Natasha Yi on our January 2005 issue (Issue #25). Issue 25 marked the first-ever release of the DSPORT calendar. The beauty of Natasha and the DSPORT calendar combined to vault issue #25 sales above any of the previous 24 issues of DSPORT. For the January 2006 issue, Natasha once again played a role. Natasha prompted us to feature her friend Jasmin Alejandrino on the cover. After the shoot and the resulting layout in the magazine, we couldn’t have been happier with the results. Jasmin never looked better and once again we had Natasha to thank for an awesome January issue. Looking at all sales indicators, the January 2006 issue is now on track to outsell any of the previous 36 issues of DSPORT. 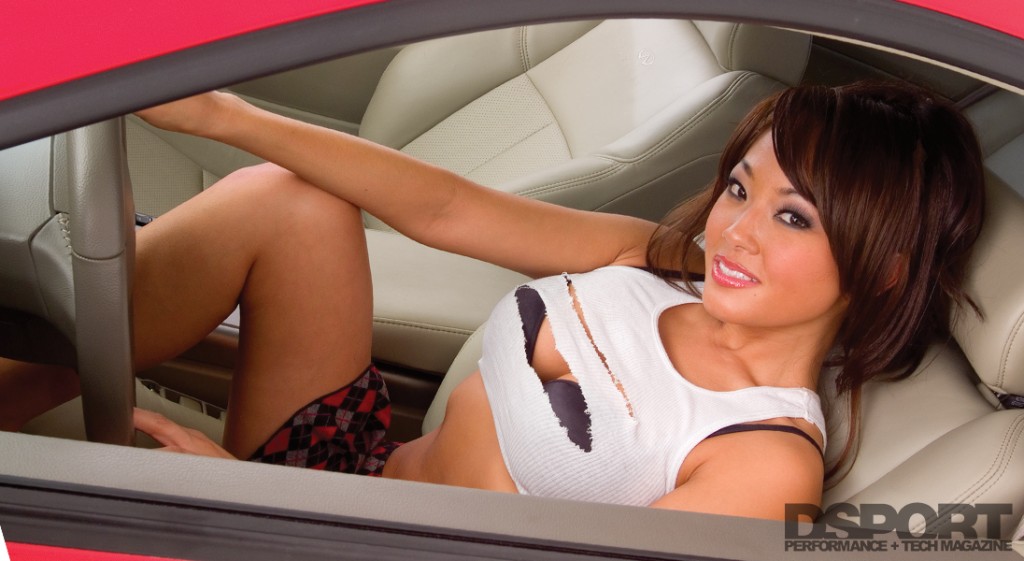 When we learned that Natasha would be relocating to the East Coast, we figured we had only one guaranteed chance of getting her on the cover again. Setting up to shoot her cover and Jasmin’s cover on the same day had an unexpected result. After we finished shooting the cover shots, the girls asked to shoot a few pictures together. Before we knew it, we had shot the pull-out poster for the 2006 calendar. This poster was literally fought over by the attendees of this year’s PRI show in Orlando, Florida. Natasha has always been good to DSPORT and we will of course miss having on the West Coast. We wish her the best of luck to make it big in New York, New York. Name: ………………………….NatashaYi Ethnicity:………………………Korean Height: …………………………5’5” Birthplace: ……………………Boston, MA Birthdate: …………………….March25th Weight: ……………………….110lbs Measurements: …………….34C/24/34 Website: ……………………..natashayi.com 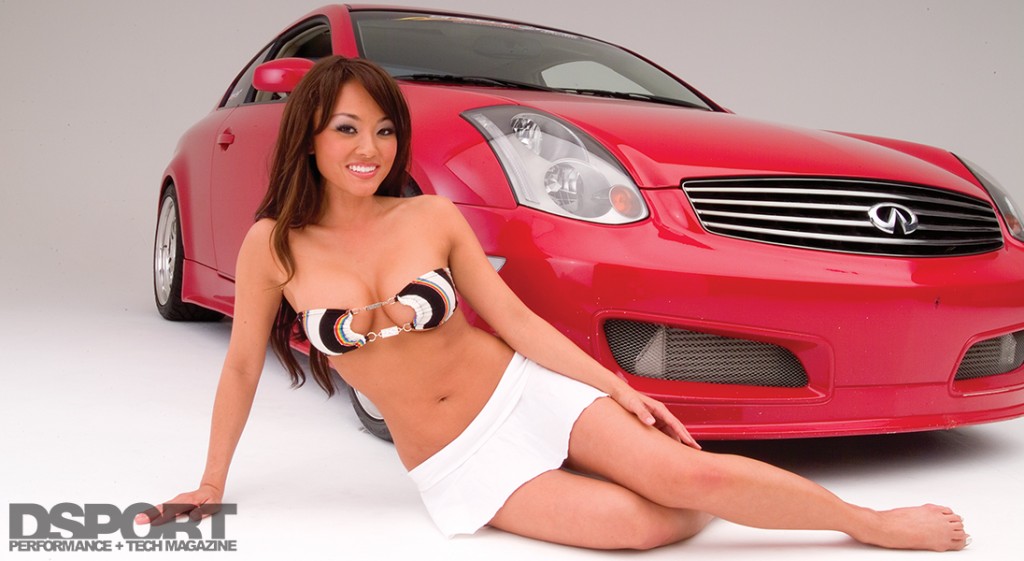 DSPORT: So what have you been doing since we featured you just over a year ago? Natasha Yi: I’ve been continuing my modeling and taking classes to pursue acting. I’ve also been working as a Barker Beauty on The Price Is Right. That’s been a lot of fun. Everyone on the show is SO nice. It was pretty exciting since I am the first Asian model to ever appear on the show. I also recently shot for their Million Dollar Primetime Specials. DSPORT: We heard that you were moving to New York. Why? 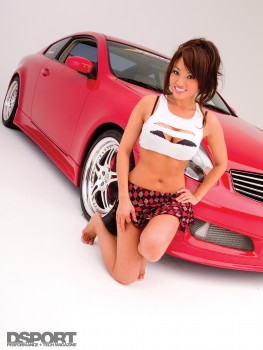 Natasha Yi: I just signed a five year deal with the New York Rangers. Kidding! New York is the heartbeat of the world. Although I love California, I want to go experience the pace of the Big Apple! I also want to explore new avenues on the east Coast. DSPORT: Are you planning to stay in New York for good? Natasha Yi: I plan on living each day to the fullest!! After a year or so, I’ll look at my career and personal life, and decide what part of the country makes me the most happy. DSPORT: What are you going to miss about California? Natasha Yi: I’m going to miss the sunny weather and being able to drive a car. DSPORT: What’s been your most fun acting project? Natasha Yi: I played a dancing Christmas tree in the third grade! That’s not an easy job. The most important part of any Christmas tree is the hanging balls. I didn’t have any! DSPORT: What’s been your most entertaining print shoot? Natasha Yi: My shoot with DSPORT, or course! 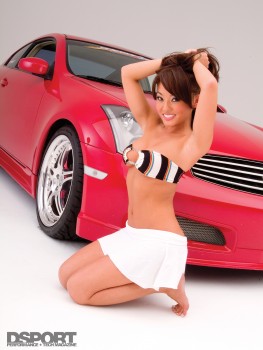 DSPORT: Are you a video game fan? Natasha Yi: I’m not too much into video games. If I had more free time, I could see myself becoming addicted. For a while, I was beginning to become addicted to my PSP. Once I noticed that I never got anything else done, I had to hide my PSP. DSPORT: What video games have you appeared in? Natasha Yi: I’ve been featured in SRS (Street Racing Syndicate), 187 Ride or Die, and I’m currently working on a new game called Scarlet Angel. Be sure to log onto www.scarletangel.com for more info on the game. DSPORT: What would be your “dream come true” with respect to your career and personal life? Natasha Yi: Ultimately, I would like to be at a point where I reach a ton of people to be a positive role model and enlighten people in some way. Staring in movies wouldn’t be bad either! DSPORT: Is it true you ride a motorcycle? Natasha Yi: Yes! I LOVE riding! I own a Big Dog motorcycle that Arlen Ness customized for me. No one ever believes I ride that bike, until they actually see me riding away on it! You should check it out on my website.
On December 3, 2006

DSPORT: Welcome back Danielle Lombard, you’ve made quite the name for yourself since your first photo shoot with us. How...

DSPORT: Michelle, tell us a bit about yourself. Michelle Waterson: I am half Caucasian and half Thai. I was born...

Neither Kim Lee nor Natasha Yi is a stranger to DSPORT. In fact, both models have graced the cover twice...

In the world of import models, we have had the pleasure and pain of dealing with a number of the...