Following its wet season-opener on the streets of Long Beach, Formula DRIFT fans, drivers and teams were treated to hot weather for round two at Atlanta. Mixing up matters even more, the top three point leaders were knocked out in the Top 32 competition, opening the door for the podium positions. After qualifying first and then winning every round he entered, Vaughn Gittin dominated the weekend in his Monster Energy / Nitto Tire Ford Mustang RTR. Dai Yoshihara was no slouch either, as he piloted his Falken Tire / Turn 14 Subaru BRZ to a second place finish, his first podium since 2013. Yoshihara enters 2016 with Turn 14 Distribution supporting him for the fifth year in a row, along with his 950 WHP LS-powered BRZ. In his battle against Gittin in the final round, Yoshihara pushed a little too hard at the beginning of the first run and couldn’t quite pick it back up to take the lead. Chris Forsberg, one of the winningest drivers in Formula DRIFT, rounded out the podium with a third place finish in his NOS Energy Drink / Hankook Tire Nissan 370Z. 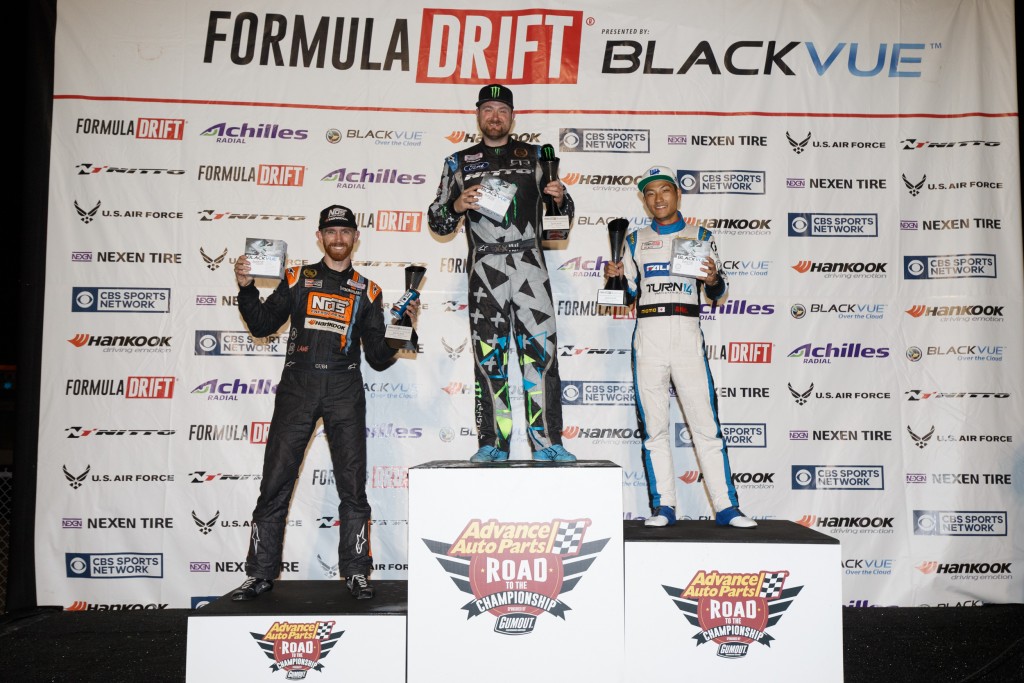 At only two rounds into the eight round Formula DRIFT 2016 season, there’s still plenty of room for much of the field to claim the top spot. Stay tuned, as the championship crosses the Pacific to race in Ebisu, Japan, on May 21 and 22.