When Bugatti debuted the 1,000 horsepower Veyron in 2005, it was the highlight topic of automotive circles everywhere. On paper, this hypercar stomped on its competition in terms of power and top speeds, trumping Ferrari, McLaren, Porsche and others. Here we are, just over a decade later, and Bugatti decides to shock once again. The manufacturer just rolled out the numbers at Geneva International Motor Show for the 1,500 horsepower Chiron. That’s right, 1,000 horsepower wasn’t enough, so they added a Ferrari 430’s worth of power on top of that. Let’s talk specs. The Chiron, in all its rarity of only 500 units to be produced, makes its mark as the world’s first production sportscar with 1,500 horsepower. This machine doesn’t only stretch its legs at the top end, however, as its quad-turbo W16 engine also produces 1,180 lb-ft torque between 2,000 and 6,000 RPM. These power numbers help propel the car from 0 to 62 MPH in under 2.5 seconds, and to a top speed of 260 MPH. Bugatti also included that this top speed is limited for road travel, since 260 MPH apparently isn’t fast enough. Although these numbers are all hugely impressive, the car is a tank of a vehicle, weighing in at approximately 4,400 pounds. We’re looking forward to seeing how the whole package comes together and performs on track. All of this can be yours for just 2.6 million dollars. Then again, you could pick up a used Veyron for just a million dollars. Chump change, right? Text by Cameron Parsons // Photos courtesy of Bugatti   Here are the details from Bugatti: -The Chiron is the world’s most powerful, fastest, most luxurious and most exclusive production super sports car -With the Chiron, Bugatti has made the best even better -The Chiron is the world’s first production sports car with 1,500 HP -With torque of 1,600 Nm between 2,000 and 6,000 rpm, the Chiron offers maximum performance with outstanding control in all speed ranges 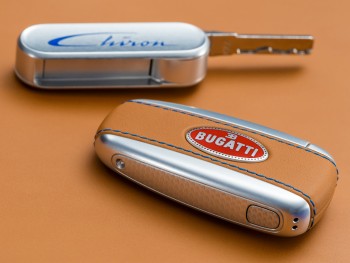 -Maximum speed: 420 km/h, limited for road travel -The Chiron is ready for a new world speed record -Acceleration: from 0 to 100 km/h in less than 2.5 seconds -The Chiron is limited to a series of 500 units -Market launch in autumn 2016 -Basic price: €2.4 million net -Advance orders have already been received for one third of the total production -Unique market position thanks to the unprecedented combination of ultimate performance with exclusive design and comfort -The Chiron embodies Bugatti’s new design language   Powertrain -Newly developed W16 engine -Two-stage turbocharging is the outstanding technical feature of the powertrain -New titanium exhaust system -The two main catalytic converters are about six times as large as the unit fitted to a medium-sized car -The active surface of all six catalytic converters used for exhaust gas treatment corresponds to the area of more than 30 soccer pitches -The transmission has the largest, highest-performance clutch fitted to a passenger car 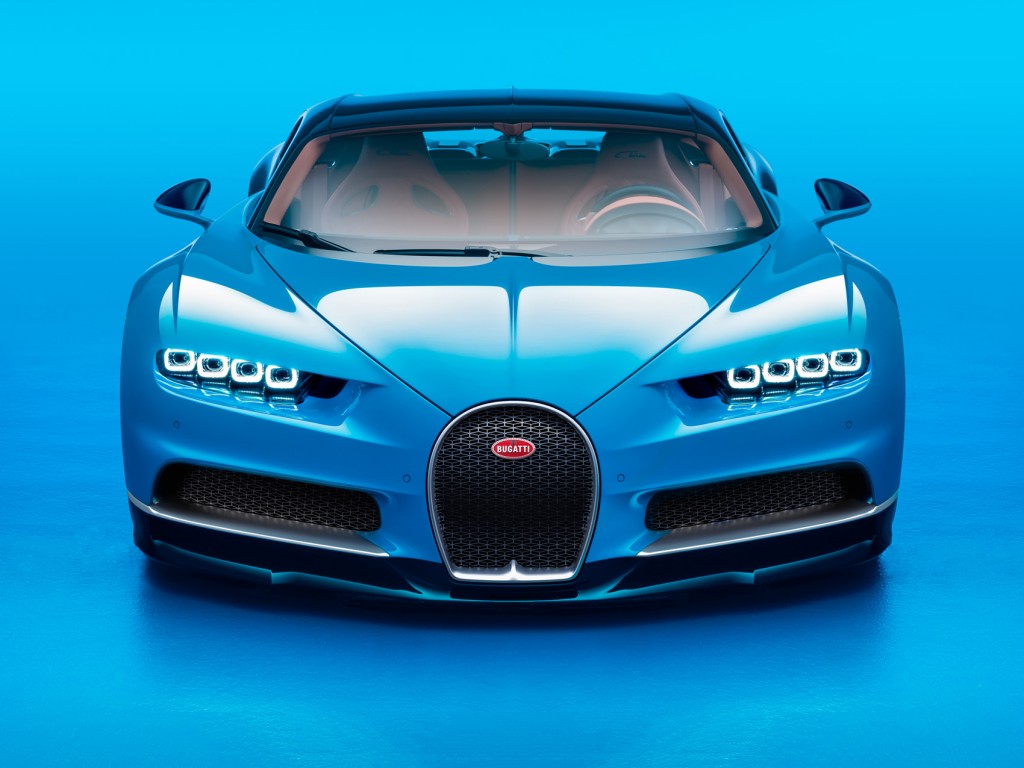 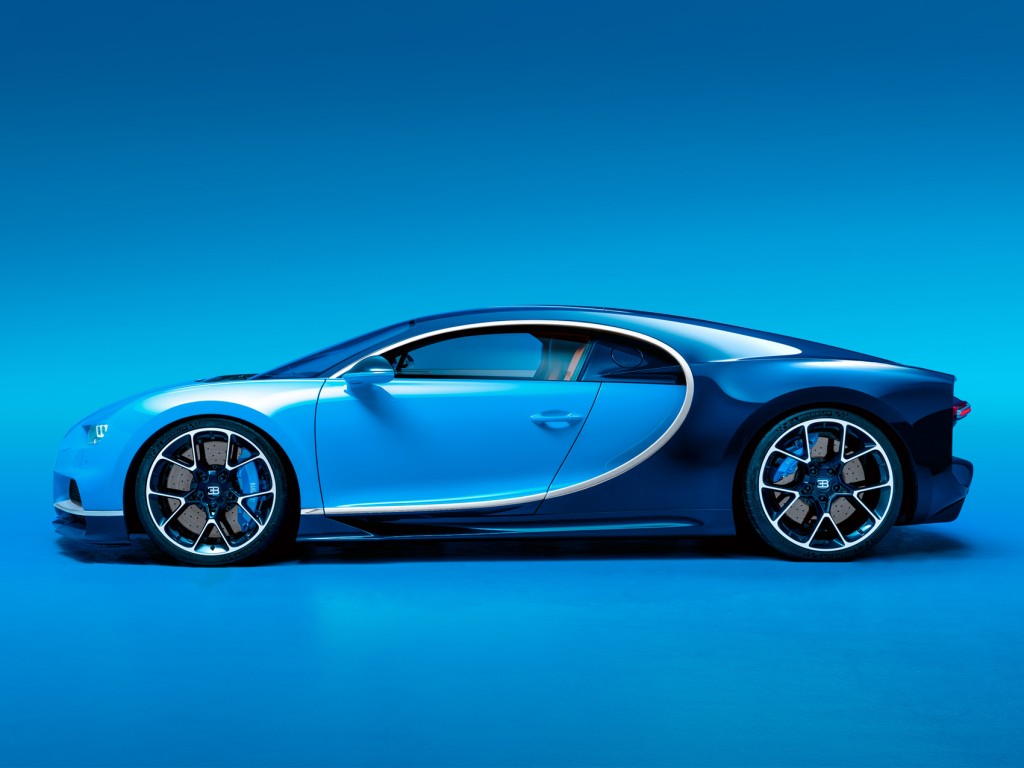 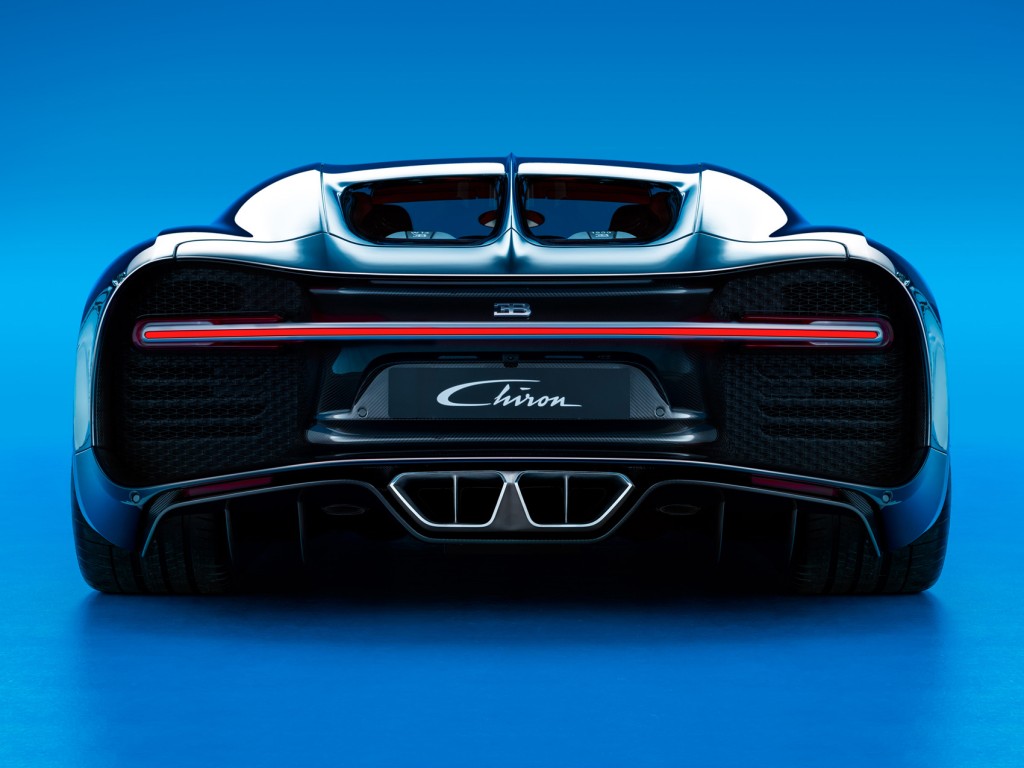 Exterior -Design features have a technical background -Expertly handcrafted trim skilfully sets the scene for the side line -Newly developed rear end with innovative rear light creates the distinctive signature of the Chiron -Significantly more “beast” combined with a high level of “beauty” -100 percent authentic materials -Newly designed front emblem crafted from solid 970 fine silver and enamel   Interior -Illuminated C-bar in the interior is the longest light conductor in the automobile industry -The focus is on the pilot -Everything within reach and perfectly controllable -Overall vehicle development -Development and test programme of unprecedented complexity in the super sports car sector -The Chiron meets the most exacting quality requirements
On February 29, 2016