We all love making power. Most people know a lot about their engines, from its displacement and configuration, to its benefits and shortcomings. However, many don’t look outside of their engine bays to see what other types of configurations are out there. There are various types of engines that convert chemical energy into kinetic energy, and kinetic energy into mechanical energy to get a car moving. Each type has the good and the bad. Since knowledge is power, here are some of the most popular engine layouts used in automobiles today. In the next part, we will get a much deeper look into their characteristics, like cylinder pulse and scavenging, rotating elements, and engine balance.

Text by Bassem Girgis // Photos by Staff and Manufacturers 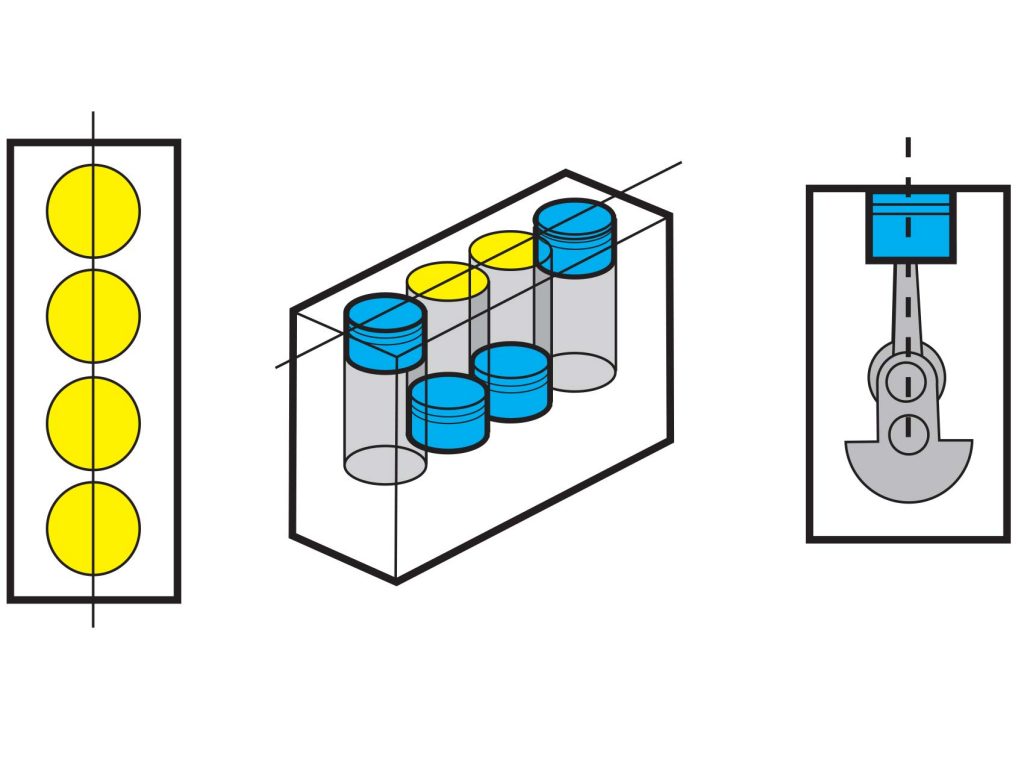 Perhaps one of the most popular engine configurations, the inline-four can be found in most compact four-cylinder cars. For this layout, the cylinders are arranged in a straight line. The engine usually sits perpendicular to the vehicle, which leaves the engine bay rather roomy. Engine swapping is also made easy with this layout, as it can fit in almost any engine compartment. The inline-four is considered one of the most reliable layouts. It has only one cylinder head, which means less things can go wrong. Things like replacing the spark plugs are a walk in the park, as they sit directly on top of the engine.