All Honda Civics are happier turbocharged and the import performance aftermarket figured this out back in the mid ‘90s when a DRAG turbo kit was king. It took Honda nine generations of the Civic to finally concede that Boost is Best! Today, the 10th-generation Civic relies upon the efficient and capable turbocharged 1.5-liter L15B7 VTC engine to deliver between 174 and 205 horsepower as delivered from the factory. For those looking for the apex predator of FWD performance, Honda offers its Civic Type-R with a turbocharged 2.0L (K20C1) delivering 306 horsepower to the flywheel. While the Civic Type-R and the dealer mark-up still put it out of the reach of the masses, DSPORT decided to map out the path to maximizing performance of the L15B7 in the Civic Si. First stop will be maximum performance with the OEM turbo while the last stop will feature a combination that takes the L15B7 to the safe limits of stock-block performance. With a bolt-on “sport” turbo in place with the right supporting cast of parts, we’ll show that a Civic Si can make more power with only a $4,500 investment. 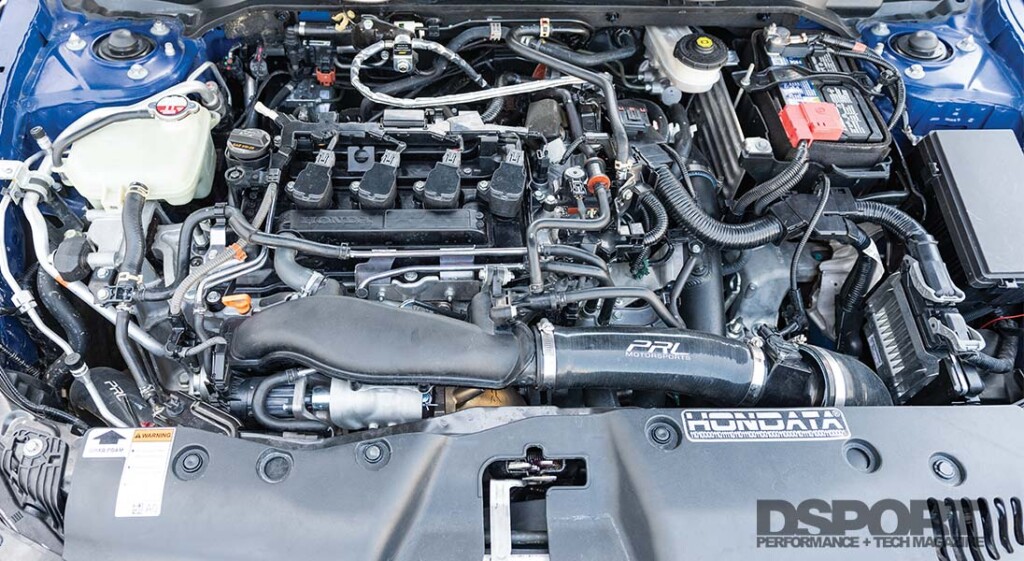 To meet stringent fuel economy restrictions yet still deliver respectable performance, Honda needed an engine that could have split personalities. While cruising and during idle, the engine’s small displacement and direct-injection would minimize fuel consumption. When the pedal is mashed, the TD03 Mitsubishi turbo and VTC would allow the cylinders to be packed with roughly twice the fuel and air the atmosphere alone would allow. The result was the best of both worlds. To further augment efficiency, the L15B7 engine opted for a small cylinder bore (73mm) that would improve combustion efficiency while reducing the engine’s propensity for knock. The stroke selected (89.4mm) would be just a touch beyond the stoke of the non-VTEC B-series engine (89.0mm). 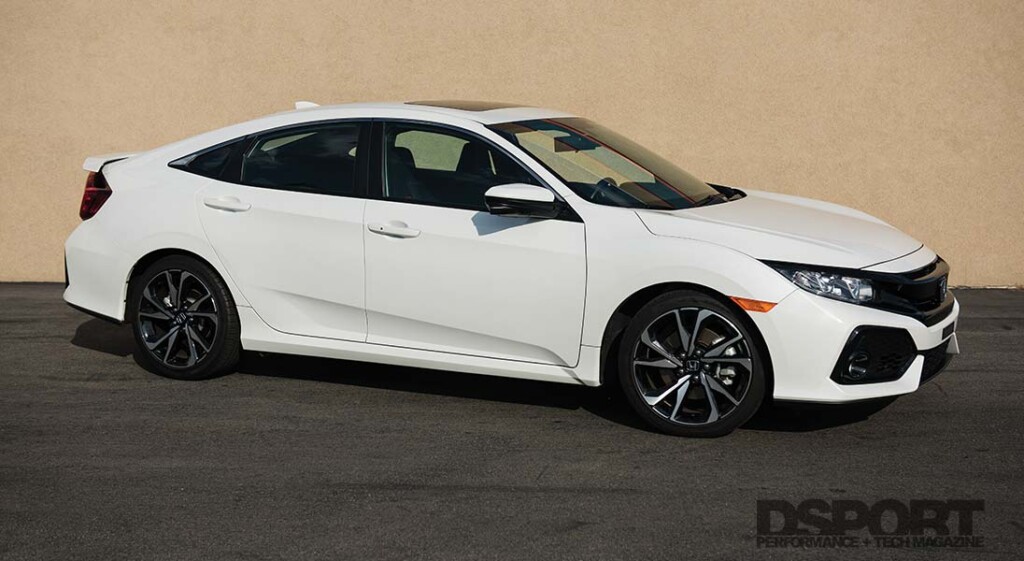 For testing and evaluation, we used a 2019 Civic Si running on California-spec 91-octane gasoline and, when specified, a mixture of 91-octane and pump E85 fuel. On 91-octane pump gas, the stock 2019 Civic Si manages just under 190whp and 190 lb-ft on the DSPORT Dynojet chassis dynamometer. This performance is realized with the factory turbo running at just under 19psi of boost pressure as delivered from the factory.

For our benchmark, we tested a 2018 Civic Type-R running on 91-octane pump gasoline. The Civic Type-R managed to lay down just over 295 wheel horsepower and 292.4 lb-ft of torque. Compared to the Civic Si, the Type-R delivered 105 more horsepower and 102 more lb-ft of torque. That’s 55 percent more power and over 50 percent more torque. That seems like a pretty lofty goal for a Civic Si to target.

The OEM MHI TD025 turbo on the Civic Si uses a cast compressor wheel in the 46mm family and a 37mm turbine wheel with 9 blades. 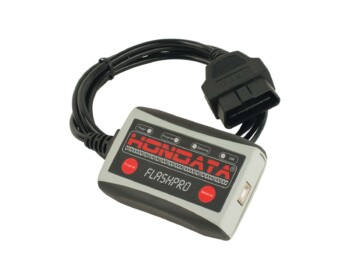 Maximizing the performance available with the OEM turbocharger doesn’t require a long list of parts. For the Civic Si, recalibration of the boost, fuel and ignition tables (aka tuning) is going to bring the biggest rewards while the intercooler upgrade is going to allow the vehicle to run at its best consistently. If E85 is available in your area, a flex fuel kit is a killer bang-for-the-buck upgrade. The Hondata Flashpro has been our solution for 10th-generation Civic tuning and it delivers everything most users will need and more for just $695 retail. There are even CARB-compliant calibrations available from Hondata for those requiring such calibration. Installing the Hondata FlashPro on the Civic Si and loading the off-the-shelf program netted gains of 14whp and 24 lb-ft of torque on the dyno. Peak boost pressure rose to 22.5psi (+3.5psi). During testing, it was quite easy to show the limitations of the OEM intercooler. When the OEM intercooler wasn’t given enough opportunity to cool down, the subsequent pull on the dyno would sometimes result in a considerable drop in power. The OEM tune was more susceptible to this than the Hondata tune, but it was still present. Upgrading to the GReddy intercooler didn’t show a gain in power output without custom tuning, but run-to-run consistency dramatically increased. Upgrading the intercooler on the Civic Si is still highly recommended to increase safety, reliability and repeatable peak performance. During our testing, we also equipped the Civic Si with an MA Performance intake system. Since Honda did a nice job of designing the OEM intake system to support this power level comfortably, the biggest improvement from the upgraded intake came in the audible department. Now the “gurr” of the engine can be heard properly from the driver’s seat. Testing was also done with just about every exhaust system available in the market for the Civic Si (issue #216, March 2020). Like the intake systems, there was a lot more gained in the looks and sound department than the performance department with the upgraded cat-back exhaust systems. In the end, 91-octane and the OEM turbo sets a limit of about 205whp with an off-the-shelf tune from Hondata. Custom tuning can likely eek out another 5-10whp.

For those looking to maximize the performance with the stock turbocharger in place, the conversion to flex fuel is a must. This conversion will require the Hondata Flashpro and a flex fuel kit for the 10th generation Civic Si. We used the Sirimoto flex fuel kit in our testing. Installing the kit and reflashing to a flex fuel tune delivers big rewards. Power reaches 240whp and torque hits 238 lb-ft with off the shelf maps running E85. 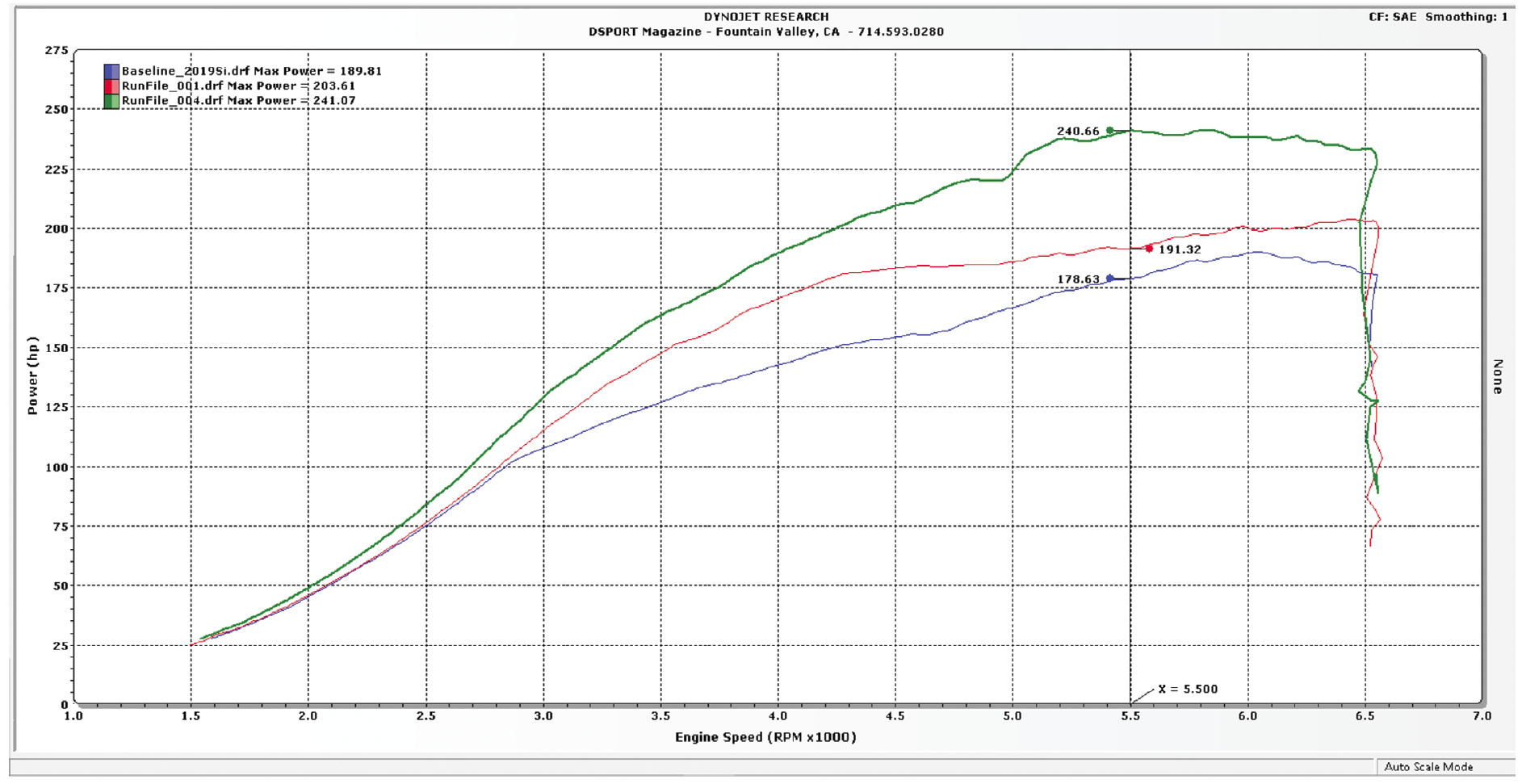 Here is a look at the OEM turbo performance. The blue line is with the OEM tune. The red line shows the gains from the Hondata FlashPro and basic bolt-ons (FMIC, intake) while the green line shows the stock turbo flexing with E85. The factory turbo tops out at about 240whp.

While some tuners may talk you into upgrades for the stock engine that can produce in excess of 300 lb-ft of torque, going beyond that limit can put the engine in the danger zone. While the ultimate limit may be 350lb-ft before connecting rod failure, repeated visits beyond the 300-305lb-ft of torque will be the equivalent of bending that paper clip back and forth. Eventually its going to break. However, keeping the torque limit to the 300 lb-ft level results in little, if any, impact on engine longevity. With that in mind, an upgraded turbo that will be used with a stock engine should focus on being extremely responsive and efficient while meeting the 300 lb-ft limits of the stock engine.

It is what is on the inside that counts. Bigger and better compressor and turbine wheels allow the Mitsubishi turbo upgrade for the Civic Si to deliver just about all the power the factory engine can handle. 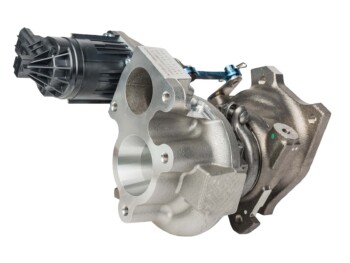 Mitsubishi Heavy Industries (MHI) is the supplier to Honda for the OEM turbocharger. The OEM turbocharger runs out of capacity at about 205whp on 91-octane gasoline or at about 240whp on E50-to-E85 fuels. Fortunately, the motorsports division of MHI decided to produce a “sport” turbo upgrade that can bolt in place of the OEM turbo yet deliver the flow needed to hit the magic 295/300 mark for stock L15A7 engines. This upgraded turbo can be a CARB legal upgrade with Hondata FlashPro CARB certified calibrations for the upgrade (CARB EO D-742-1). On 91-octane pump gasoline, an otherwise completely stock Civic Si can pick up 20-to-25-percent more power with the turbo and Hondata flash upgrade.

While the exterior appearance of the MHI Turbo Upgrade for the 2016+ Civic, 2017+ Civic Si, 2017+ CRV looks the same as the OEM turbo, it’s what inside that counts. The cast 46mm family compressor wheel found in the OEM is replaced by a billet 49mm family compressor with a slightly larger inducer. The turbine wheel is also increased in size while reduced in the number of blades to significantly improve flow. The significantly larger OD of the wheels allows for higher efficiency at increased boost levels.  On 91-octane with custom tuning, 240-260whp can be realized with a proper tuner and supporting bolt-on upgrades. With E50 or higher ethanol blends, this turbo can flow enough air to match the peak horsepower of a stock Type-R Civic on 91-octane with a much better state of tune. 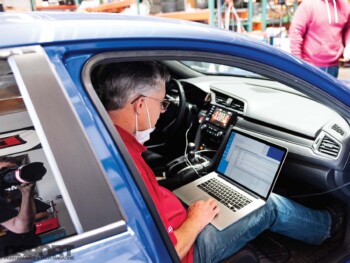 The ultimate FWD benchmark is the Civic Type-R. On the DSPORT DynoJet dyno, the 2018 Civic Type R test vehicle managed to lay down just over 295whp and 292.4 lb-ft of torque. Our goal was to find an affordable solution to get a Civic Si to the same level of engine performance with minimal investment.

The MHI TD03LL1-0411HR2-5.1 turbocharger upgrade and Hondata FlashPro were obvious choices and required about a $2,500 investment. A SiriMoto flex fuel kit added another $480 to the project cost. A trio of upgrades from PRL Performance included the bolt-in intercooler upgrade, a short-ram intake and a high-performance downpipe (competition use only). This trio of parts added a little over $1,500 more to the budget. The upgrade budget at retail pricing totaled just over $4,500.

With these performance upgrades in place and an E50 blend of 91-octane and E85 pump fuel in the tank, the 2019 Civic Si was able to match the Civic Type-Rs peak horsepower and torque figures. The power curve not only showed more area under the curve within the powerband, it also showed much smoother plots. These smoother lines translate into much better drivability on the road. 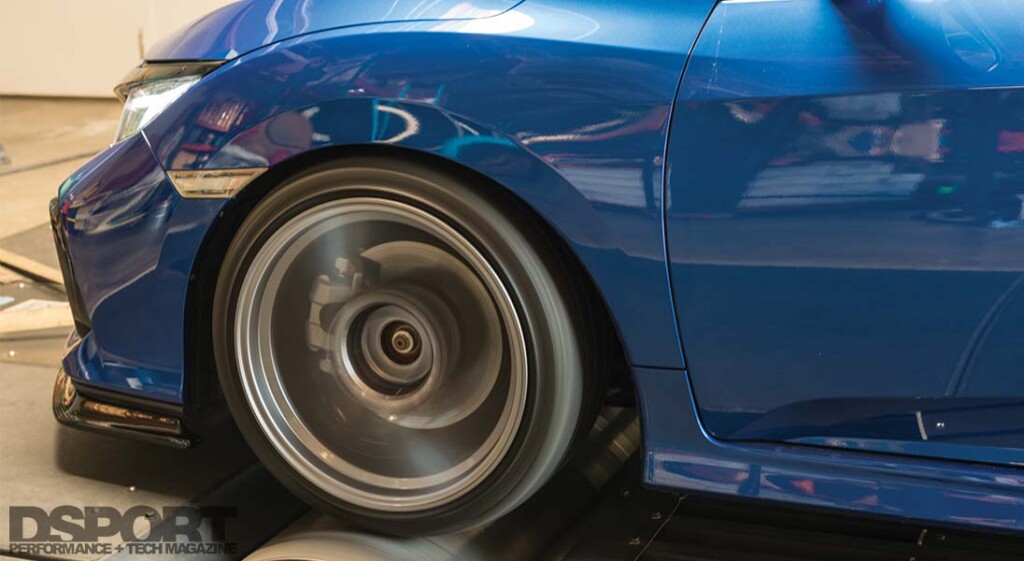 At the end of the day, an additional 105 horsepower and 110 lb-ft of torque is something to be celebrated. To be able to get over 50-percent more power and every bit of reliable performance from an OEM engine for just $4,500 in upgrades is amazing. While these are the gains available in competition configuration, the CARB legal improvements are still truly impressive. Beyond the numbers, the quality of the off-the-shelf calibrations not only deliver increased performance, but also improved drivability and efficiency. Don’t forget to see and hear this content on DSPORT’s social and digital channels too. Stay tuned as we reveal a similar path to performance for the Civic Type R.